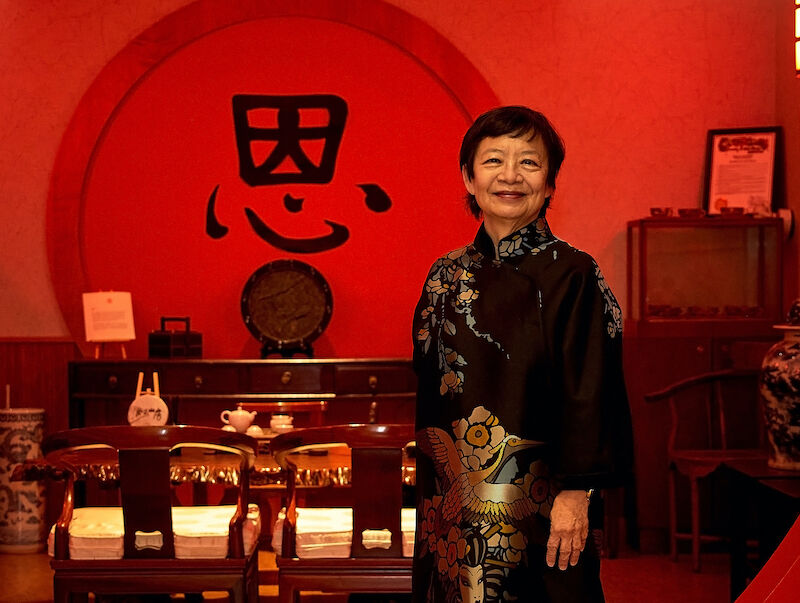 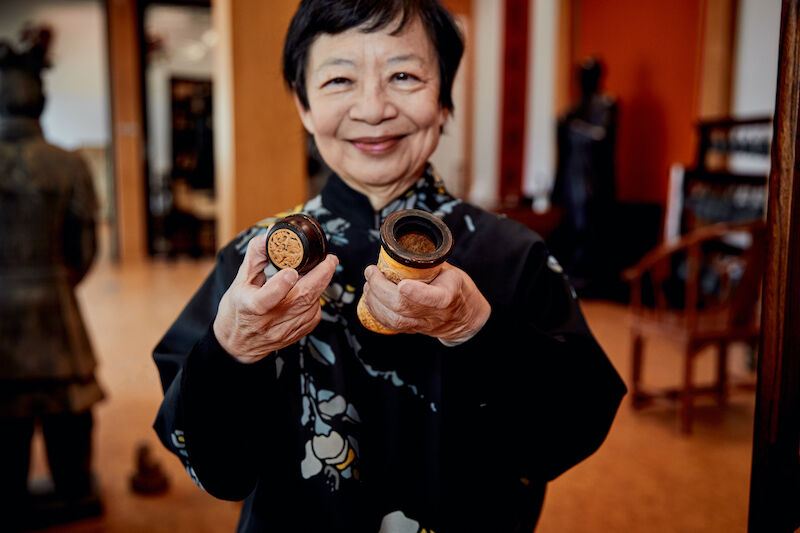 Cheng gives a tour of the center, which displays artifacts, holds calligraphy and tai chi classes, and hosts virtual lectures. 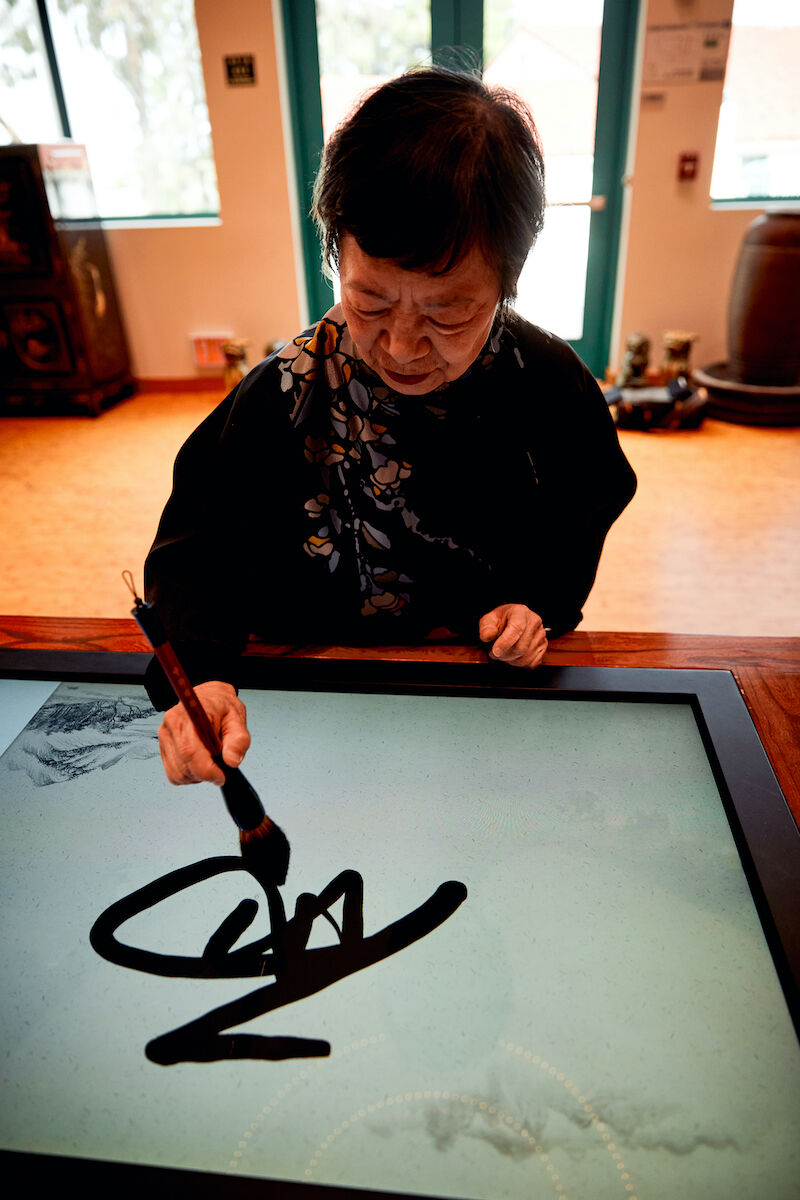 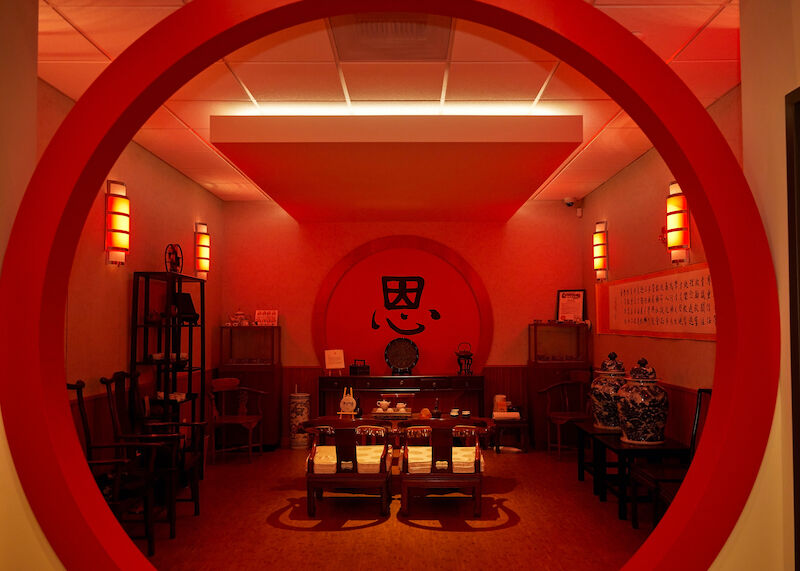 Li-Rong “Lilly” Cheng welcomes people into her living room a few times a month— virtually, that is. On days when she hosts a Zoom presentation with the San Diego Chinese Historical Museum, a wall of faces from across the county fills her computer screen, all of them tuning in to hear about different aspects of Chinese history. Of course, these meetups would be better in person, but Cheng says that any opportunity to connect is a must these days.

“To be able to create a virtual living room where people can say hello, take a sip of tea, and have a sense of community is important right now,” she says. “It creates a space to have a significant dialogue; it can be very powerful.”

Cheng holds a doctorate in speech-language pathology, and as chair of the board of directors at the museum and director of the Chinese Cultural Center at San Diego State University (where she also teaches), she’s had a hand in preserving the stories of her culture for more than 37 years. It’s a role she says everyone should embrace, no matter their background.

“It’s about ‘history’ and ‘her story’; it’s about you and me,” she says. “We all have our stories to tell. It just so happens that mine is with a culture and history that go back thousands of years. My drive comes from respecting the people who worked and walked before me; the museum is the best place for me to do that.”

heng has been integral in shaping the museum since its beginnings, when she was part of a small group that helped relocate a historic Chinese mission to San Diego’s official Asian Pacific Historical Thematic District downtown, where it now houses the museum.

"We want people to feel safe; a part of it comes from the fear of not being accepted."

Over the next 24 years, the museum established itself as a place to learn more about the culture’s rich history, hosting countless exhibits on everything from dragon symbolism in Chinese art to the legacy and contributions of Chinese American women. 2020 was no different, even when the pandemic forced the museum to temporarily close their doors and move to a digital platform based out of SDSU’s Chinese Cultural Center.

“By going virtual, we were able to go beyond just showing the museum’s contents and artifacts,” Cheng says. “We could collaborate with the university to tell personal stories about the Chinese community and celebrate Asian heritage.”

An ongoing Zoom lecture series titled The Chinese American Experience and Beyond is a result of that collaboration. The lectures highlight local and global stories alike, such as the history of the Chinese school in San Diego, or that of the Jewish community that fled the Third Reich and found refuge in Shanghai during World War II. In honor of Asian Pacific American Heritage Month in May and the museum’s 25th anniversary, the series will continue with a spotlight on Chinese art, archaeological findings from San Diego’s Chinatown, and even lessons in tai chi.

There’s much to celebrate, and many important conversations to be had. Hate crimes against Asian Americans in some of the country’s largest cities have increased by nearly 150 percent over the last year, according to an analysis by California State University, San Bernardino. That reality has weighed heavily on Lilly Cheng. “There are days that I do feel a sense of despair,” she says, “but I immediately think, ‘We have to do more.’ We want to keep reaching out to others and host more of these living room dialogues.”

She suggests showing support not only by shopping or ordering takeout from local Asian markets and restaurants, but also by participating in educational spaces like the virtual living room she’s helped create. People from all backgrounds join these lectures, and Cheng says that it’s been particularly beneficial for Asian students, staff, and community members to feel a sense of belonging.

“We want people to feel safe; a part of it comes from the fear of not being accepted,” she says. “We are all part of the multicultural, multi-ethnic American fabric, and we create this fabric together.”