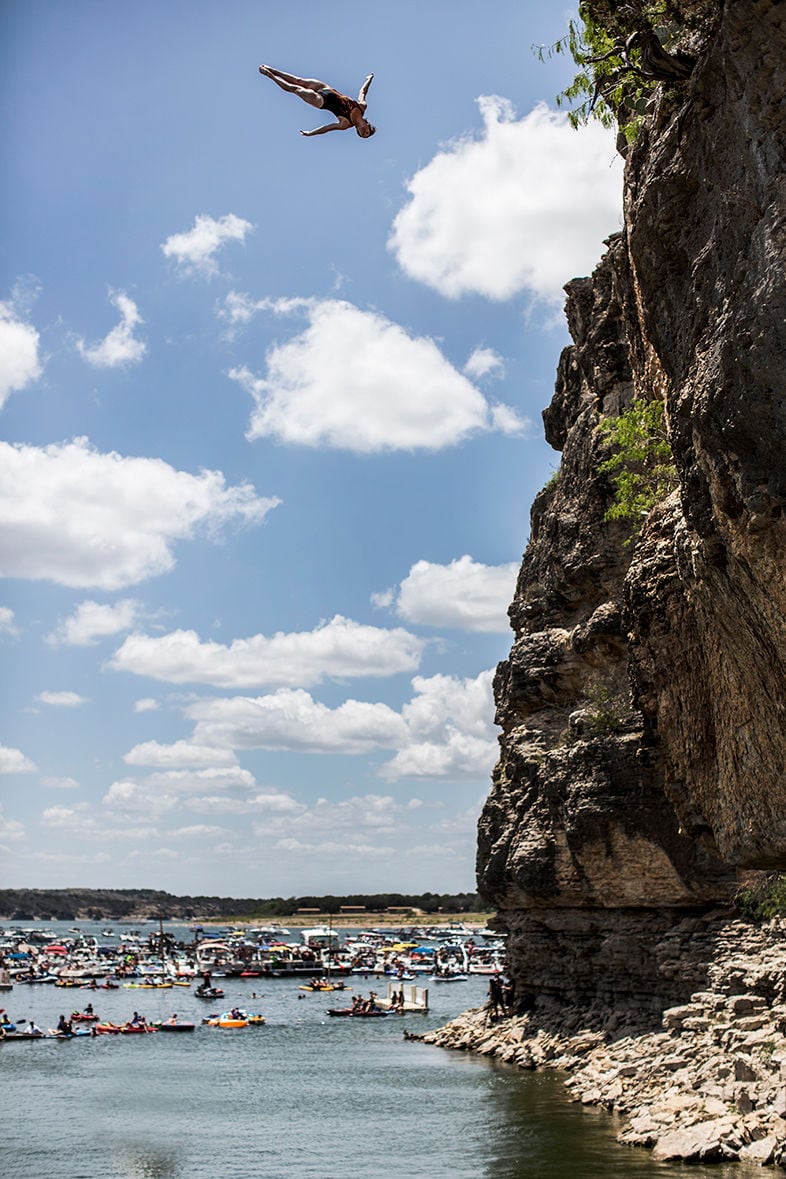 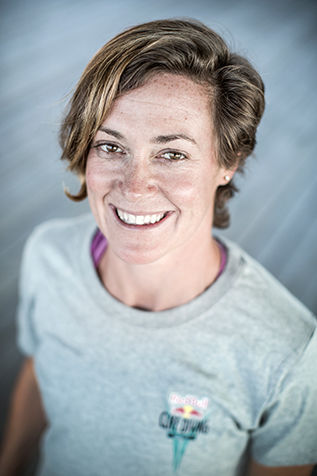 Flying into the water at 50 miles per hour, a cliff diver had better be perpendicular and pencil-straight. One hand floating out could break the wrist, a slight tilt back will lacerate the spleen, and the chin thrust out too far feels like a punch in the face. Your choppers will chip.

"It’s kind of like being in a car accident," says Ginger Huber, somewhat cheerfully. "But there are scuba divers to make sure you come up," she adds later, in reference to the Red Bull Cliff Diving World Series, in which she’s the oldest female competitor. Over the course of her career, she has lacerated her spleen, and her dentist has asked her to please wear a mouth guard (she doesn’t). But what’s more, Huber, 40, is known for a dive characterized by a blind entry, which means she doesn’t see the water before she hits it. There’s no time to adjust, and it’s a move that most women won’t touch. This infamous dive, the Flying Front, won her the highest-scored dive and a second overall finish in the 2013 competition in Malcesine, Italy.

After a promising college diving career, Huber got a call from an entertainment company that produces live shows, and started working at SeaWorld in both Florida and Texas before landing in San Diego. As the performance manager, she performs as well as coaches other divers to jump from a trampoline atop a 23-foot platform. "I’ve worked [at SeaWorld] for 20 years, and I’m friends with a lot of trainers," she says when asked if she’s watched the controversial documentary Blackfish. She is not allowed in the pool with orcas, and has no interest in seeing the film.

"You can talk your body into doing almost anything," says Huber.

In the meantime, Huber continues to train—despite its challenges. For one, San Diego does not have a single 10-meter (or 33 feet) platform. To practice, she must drive to Mission Viejo, Riverside, Pasadena, or Tijuana. And even then, that’s only half the height from which she’ll compete. Perhaps her one convenience is having her husband as her coach. She keeps her core in shape by going to Barre Method in Point Loma three to four times a week, and walking her two German Shepherds around Fiesta Island.

In her downtime, the Linda Vista resident can also be found hiking Cowles Mountain, Iron Mountain, and Potato Chip Rock, or enjoying a Black Sails IPA at the Coronado Brewing Co. Tasting Room in Bay Park. Rest assured, the extreme athlete does not want to spend her free time hot-air ballooning or skydiving. In fact, she spends very little time living life on the edge. Or even pausing on the platform. When making her dives, she says, "I go to the end of the platform, take a deep breath, relax my shoulders, and trust that I know what I’m doing. No, I don’t count to three. There’s no time, because I might change my mind."

Red Bull’s series travels around the globe, with its next event May 17 in La Rochelle, France (men only). The divers will make one stop in the U.S., at Possum Kingdom Lake, Texas, on May 30, before moving on to Portugal’s Sao Miguel Island on July 18.