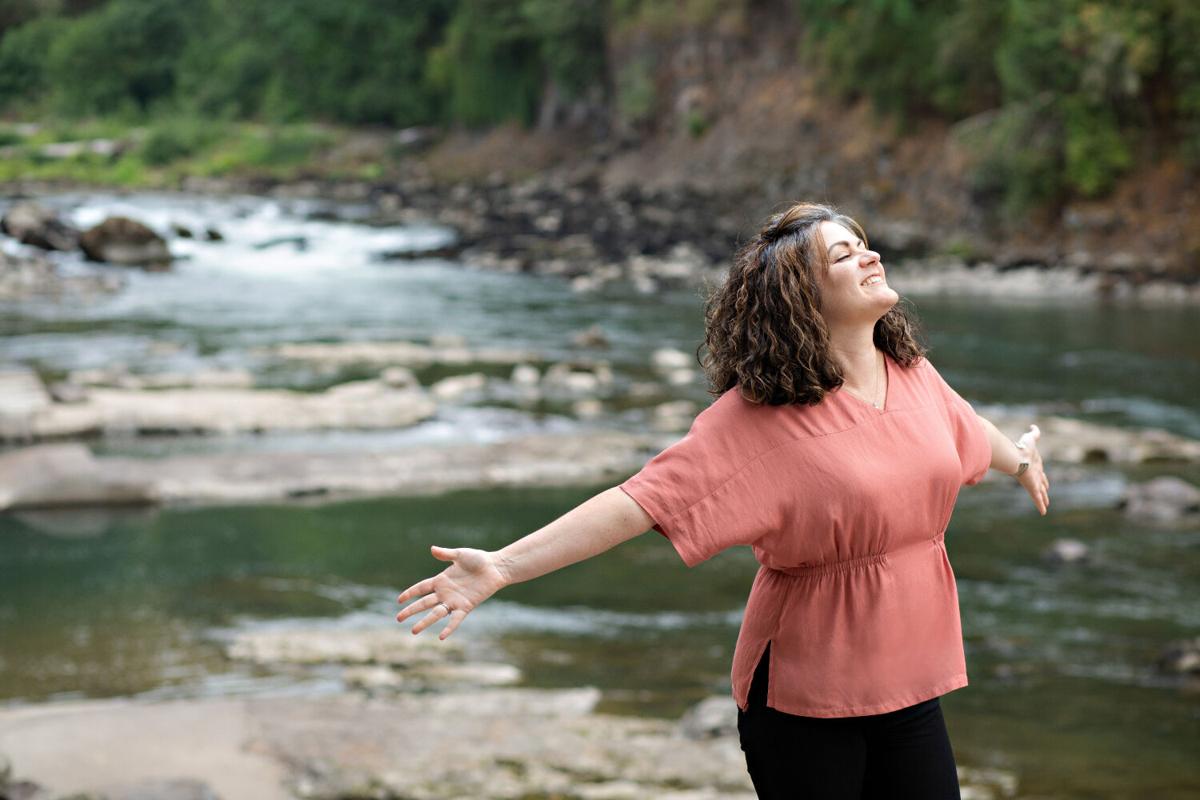 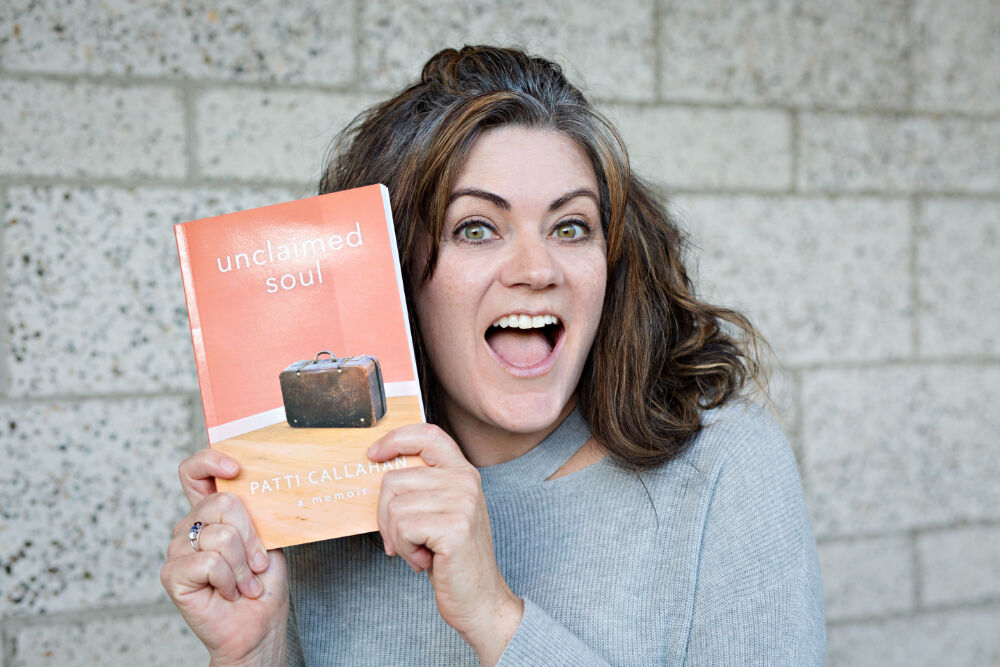 “I used to believe I was broken. I just knew something in me was defective because growing up I’d had such a hard time connecting and forming emotional bonds. Walking away from people was the easiest thing in the world. It barely took any thought at all. What I know now is that it was self-preservation and a learned trauma response to my environment. It was not a failure or a character defect. It was survival. And it was not uncommon.” —Patti Callahan, Unclaimed Soul

Patti Callahan, a psychological fiction writer, never dreamed she’d write a memoir in which she detailed the abuse, trauma, and neglect she’d endured throughout her life. During a 10-year hiatus from writing novels, Patti would write in her journal as part of her therapeutic process.

Starting therapy after high school, she began the actual “work” of healing from a life mostly centered in pain, emotional abandonment, and confusion. However, it wasn’t until about nine years ago that she started to work toward loving and accepting herself—and paving the way for Unclaimed Soul.

Sensing she never really belonged and feeling perpetually lost, Patti grew up feeling unaccepted and unsupported by her emotionally frozen mother and witnessed violent abuse by the man whom she believed to be her biological father. She struggled forming close bonds and relationships and was abused during her high school years. At her core, Patti felt unloved. She began therapy right after graduating from high school and was then sexually assaulted by a coworker. This newest trauma started Patti off on a brief period of promiscuity and decades-long gravitation toward unavailable men.

Not one to ever want to get married, Patti found herself getting married because she felt it was what she, as a woman, was supposed to do and what was expected of her. Growing up, she’d lived through the toxicity of her parents’ marriage and was surrounded by unsuccessful marriages, which lessened any desire to shackle herself to a man.

It wasn’t until a work seminar, during a weeklong training session about being a leader in her workplace, that one of the most defining moments in her life happened. The culture of the company she was working for centered around the foundational concepts of mutual respect and dignity—and when one of the speakers at this conference articulated it best, she was finally able to make sense of those concepts and wondered: “If I deserve to feel like this at work, why don’t I deserve this in all other areas of my life?”

This realization helped transition her therapy from healing and the need to “fix” herself to a journey of self-love. While her therapy had been instrumental in the healing process and essentially saved her life, she now understood she needed to not see herself as broken or damaged. During her therapy sessions, Patti struggled with letting go of the idea that there was anything she could’ve done to stop the trauma and abuse and the need for validation and acceptance from the people who’d caused or contributed to it. She learned that the people who broke her couldn’t fix her—and her acceptance of herself was up to her.

Though she had never really wanted to be married, during her marriage, she was able to give birth to two of her biggest supporters: her sons. When her sons were born, she vowed to not have the same relationship with them as she’d had with her own mother. Their lives were filled with love and support; she gave them every ounce of herself, and her journey toward self-love only deepened and strengthened her relationships with them.

Patti’s journey to self-love included learning to finally take care of herself. Now that her children were older and she was romantically unattached, she was able to start down the path of putting herself first, for what seemed like the first time in her life. Self-care is the practice of taking an active role in protecting one's own well-being and happiness, in particular during periods of stress. To protect her own well-being and happiness, Patti now goes on long walks at a peaceful lake by her house, where she’s able to reflect, practice introspection, and clear her head.

Finding peace and practicing self-care through traveling, Patti has traveled the world, meeting with healers, psychics, priestesses, and messengers. As a self-described introvert, she will book trips with groups of travel companions, but then break off from the group to do her own exploring and self-reflection. She likes to buffer the beginnings and ends of her trips so she can spend some solo time, exploring things off the beaten path—it’s a humbling feeling for her to be in another country, alone, where she doesn’t speak the language.

It was during a trip to Belgium in 2018 that she had the courage to quit her corporate job and open her own business. As a brick-and-mortar business, it did not succeed, and she closed the doors the following year. Not knowing what to do with her life, she decided to move to Seattle, where she met her biological father. The experience further traumatized her, triggering a massive depression. She quit her job again. As an outlet for her feelings, Patti began seriously writing in the journal that would become Unclaimed Soul. It took about a year to fill the pages enough for her to reflect on this journey and think that this could be a book. It was completely uncharted territory for her, but the friends who’d been by her side through the various healers supported and encouraged her to move forward with the memoir.

The writing and editing process for this book was completely different from that of the two novels she’d previously written. Its contents were soul-baring, so Patti knew she needed to have an editor whom she deeply admired and trusted. During her self-care, she began attending yoga classes and became friends with her yoga teacher. Her yoga teacher, enthusiastic about the book, disclosed that she had a PhD in English. This knowledge, coupled with the spiritual connection Patti felt with her, made her feel like everything for this book was falling into place.

Patti and her editor would have weekly calls where they would spend hours getting excited about the book and dissecting each chapter. Walking through the flow, content, pacing, and order of the book itself—including parts of her life that she never imagined would be put to written word—Patti built a relationship with her editor wholly on trust. Patti felt safe. She knew that she had her biggest coach and cheerleader in her editor, and she received tough love when she needed it most. During some sections of the manuscript review, Patti’s editor could feel her holding back, so she told her: “Trust me. Give it to me, and we’ll figure out what to do with it.”

Some sections of the book, including a deep dive on relationships and marriage, were edited out, and Patti is hoping to include them in her follow-up book. She knew the parts that she kept in Unclaimed Soul would come as a shock to almost everyone in her life. While her friends, children, and family knew bits and pieces of her life, she was laying it all out in the open. Now that her older son is getting married and her younger son has just graduated college, one of the more difficult conversations she had with them was that they may lose family over Unclaimed Soul, but they are, as she describes, “firmly in Camp Mom.”

She knew that sharing her story would be difficult, not only for her family and her friends, but for her, too. Though writing this book felt like a release to her, having the courage to be wholly honest while still giving a balanced view of the people in her life, like her mother, was hard. She was careful to explain that the people in her life were living their own traumas, and she didn’t want to demonize anyone. But in writing her story, she hopes to give a sense of connection to her readers and let them know that they are not alone. The details of everyone’s experience are unique, but people all over the world have grown up with narcissistic parents and have had bad childhoods or experienced trauma. She wants her readers to know it’s possible to move forward if they keep doing the work and using the tools they’ve got, and they will eventually come to a place where they feel healed themselves.

She toasted the completion of her book by Facetiming with a friend and having a celebratory drink. She has broken the cycle of abuse, has given kindness and forgiveness to her past selves, has survived it all, and is finally, truly happy. She has found a way to thrive.

"I learned that I am more than my trauma and my past. More than the best things I have done, the choices I have made – good and bad – or the worst things done to me. I know now that bad things happen to good people, and sometimes good people do bad things. True, lasting peace and forgiveness has meant accepting it all." - Patti Callahan, Unclaimed Soul