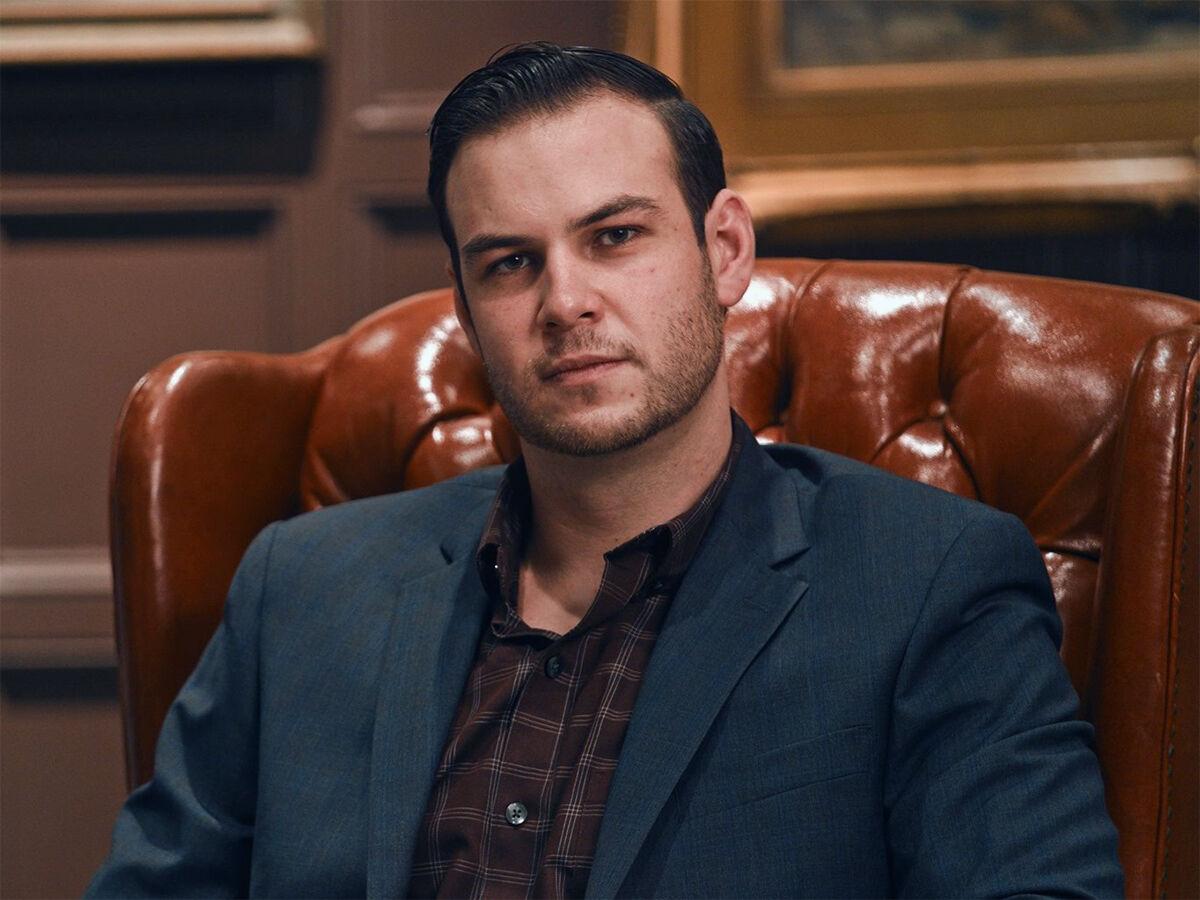 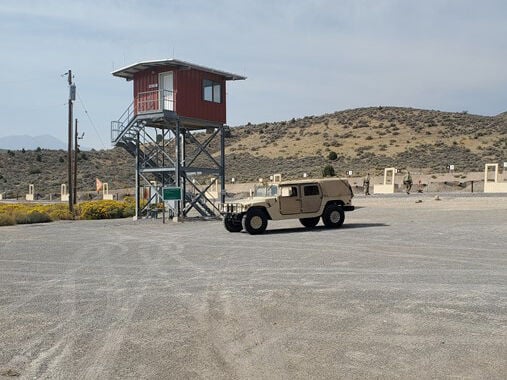 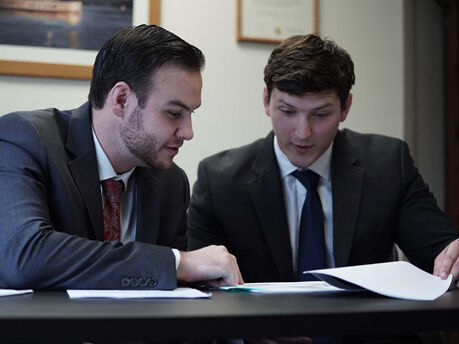 Spanning several states and growing rapidly by the minute, Seattle-based Cascadia Global Security is utilizing new, innovative ways of providing private security to countless businesses and organizations across the country. What is now an expanding, smart, and effective security option for companies, Cascadia first started as a phone call between two college friends catching up after years of being out of touch. One of those friends was Asa Palagi.

For Palagi, Cascadia Global Security has been a dream years in the making, which started with an idea that was rooted in values, creativity, and aspiration. As cofounder, Palagi took his years of experience in the military, his time in law enforcement, and his creative, entrepreneurial spirit to develop a new form of security that is only seeing increasing demand each day.

Ambition from an early age

Having moved around a lot as a kid between the states of Washington and Montana, Palagi attended many different schools. He eventually graduated high school a year early in 2011 and convinced his mother to let him join the United States Army. He enlisted at just 17 years old.

Initially joining as a civil affairs specialist, Palagi trained at the John F. Kennedy Special Warfare Center and School in Fort Bragg, North Carolina. After completing his training and graduating, he then went on to attend Washington State University to pursue a bachelor’s degree in criminal justice and graduated in 2015. While at the university, he participated in the Reserve Officers’ Training Corps and was stationed at a base near Spokane, Washington.

“The military aspect was way more demanding than classes,” Palagi says. “I was getting up at 4:30 a.m. to work out and train, and it built discipline.”

Palagi’s interest in the military originated partly from his sense of adventure and his personality. As a deeply patriotic person, he wanted to serve his country in a greater role. He says he has upheld the oath he took at 17 to this day, and many of his heroes are those who serve in the military.

“In the military, you might have to give your life for American ideology,” he says.

A strong believer in classic American values and a lover of military history, and history in general, Palagi says that his time in the military played a large part in forming his view of the world. He also says that those philosophies are at the core of his life and approach to business to this day. Still active in the reserves, he serves as commander of a unit at Fort Douglas, near Salt Lake City. About once a month, he travels there to conduct different operations and maintain readiness so soldiers can deploy or engage at any time.

“In life, you have to have some kind of structure or compass,” he says. “A lot of my value structure comes from my time in the military. It taught me about having a good work ethic as well.”

In addition to his time in the military, Palagi also worked in law enforcement and as a first responder. After his time at Washington State University, he served as a firefighter in a small Oregon town while applying for law enforcement. He completed basic officer and police training and became a deputy sheriff at just 22 years old.

Palagi says he enjoyed his time as a deputy sheriff, but it was a very different policing experience. In serving a small town, there was no backup, and he had to experience difficult situations, including witnessing death, on a regular basis.

“I had to make many difficult phone calls,” he says. “I had to tell families that their loved one died.”

This experience, coupled with the desire to find more creative solutions to security that weren’t as by-the-book as military and law enforcement approaches, led Palagi to explore new avenues that would leverage his expertise and utilize his innovative thinking.

Cascadia Global Security, a private security company headquartered in Seattle with locations in many states, was founded by Palagi and his college friend Joshua Harris, an Army combat veteran and financial professional. Palagi and Harris believed that they could bring more creative ideas and paths to the security industry in the private sector, and soon the idea of a security company was becoming a real possibility and next step for them.

After years of being out of touch, Palagi and Harris reconnected and came up with the idea of starting Cascadia. With their combined experience in security, law enforcement, military operations, and finance, it was obvious that they were on the road to success.

“I was looking at ways I could use my skill set in a creative way,” Palagi says.

Palagi says the company is different from its competitors in the sense that it offers an additional layer of operational support for its security officers to ensure the company is running smoothly internally as well as externally. He adds that Cascadia is an extension of public safety and service, and some of its key differentiators include an emphasis on customer service and integration of technology for officer support.

A new role as an entrepreneur and cofounder

In cofounding Cascadia, Palagi found himself in uncharted waters as he took on the new role of entrepreneur and business leader. In a sense, it was a new path, but it was also a long time coming, given his desire for an adventure that would be more innovative and not systematic, as his previous roles were.

As part of his position, Palagi visits branch locations and focuses on forward-facing operations. He checks in with locations to make sure they have the tools to be successful, and he works to build the Cascadia brand. Given the large demand for security in present times, he works to strike a balance between keeping the community safe and the Cascadia security officers safe, too. Palagi says Cascadia’s issues are actual, physical safety issues, not necessarily any product or operational challenges.

For Palagi, being an entrepreneur means being willing to take risks and learn from mistakes. He believes that in order to be successful at it, entrepreneurs have to put themselves out there and reject the idea of perfection. Essentially, for him, it’s about being comfortable being uncomfortable and knowing that there will be bumps along the way.

Palagi’s military experience and inquisitive nature have contributed heavily to his success as an entrepreneur. From his time serving, he learned valuable lessons in planning and logic, which have helped him grow Cascadia to what it is today. But even with those planning tactics that he learned, he says it’s better to take action than to try to perfect a plan. It’s also key to ground one’s creativity in logic.

“I think logic is the highest virtue,” he says, adding that in entrepreneurship, you can define your own success quickly because feedback is immediate. In other words, if you’re not up to par, you’ll lose the business, and this only serves as fuel and motivation to work hard and be successful to make sure your clients and customers are happy.

Lessons learned, advice for aspiring entrepreneurs, and a look toward the future

As he’s navigated the role of entrepreneur and business owner, Palagi says he’s learned quite a bit. Deviating from the defined structure and order of the military and law enforcement, entrepreneurship involved some planning, but it was mostly figuring things out as they came. He prefers to start right away and make moves rather than spend too much time researching and overthinking. His advice to any aspiring entrepreneurs would be to know it’s about building from the ground up and making something new.

As Cascadia continues to grow and become more and more successful, Palagi says the future looks like expansion. He plans for the company to enter all 50 states, and hopefully in the next few years, be international. As the demand for security grows, he sees entities like Cascadia finding more success in the years to come.

As for him personally, he’s writing a book on world revolutions and how they can help predict what will come in the future. He’s also considering entering politics, but for now, he’s zooming in on how Cascadia will grow and serve companies across the country and eventually the globe.

“What I’ve learned is you have to be ready to make mistakes and learn from them,” he says. “Get past being perfect.”

Hearing success stories from young people is great! They are getting smarter and smarter every day!

Love how they employee veterans!

Love this Article! Inspires me to do something great...

Now that is what I call entrepreneurship! Great article! As someone who is military, I can definitely see myself being part of something like this in the future!