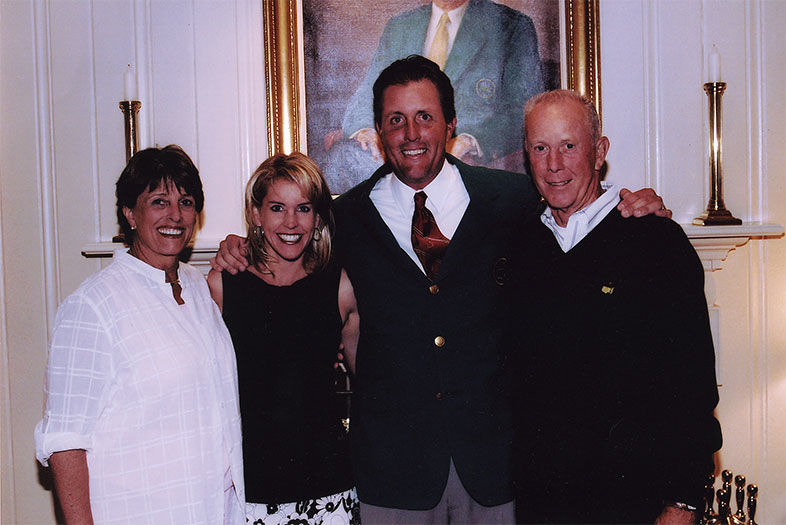 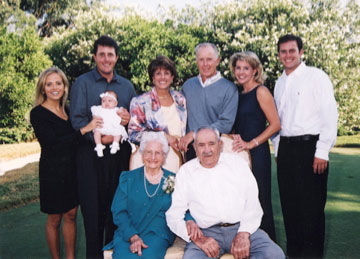 Golf fans look forward to Masters Week all year long. Those who have been in person relive their experiences in their heads, while those who have never attended imagine what it would be like to witness the magical energy for themselves.

I am often asked to name my all time favorite Masters memory and, as most people would assume, the 2004 Masters is at the top of my list. Yes, it was my brother Phil’s first major. Yes, it was an exciting finish. But my most cherished memory did not occur on the golf course. It occurred in the media tent after the last round on that magical Sunday afternoon.

Back up a bit. Our sweet grandfather had passed away just a few short months earlier. He was Phil’s biggest fan and every afternoon of every week Phil was playing, my grandfather could be found sitting in his chair watching and yelling at the TV. How he longed to see Phil win a major event!

A few weeks before he passed away, my grandfather turned to Phil during one of his visits and whispered, "This is your year. You will do it this year. I promise."

A couple of weeks before the tournament I had one of the most vivid dreams of my life. My grandfather and I were walking the hallowed grounds of Augusta National watching Phil play. It was Masters week, but it was also just the two of us. We walked arm in arm, holding our breath with each shot. On the 18th green Phil had a putt about 18-20 feet long with a right to left break. My grandfather and I were standing just behind the green when I turned and said, "There is nothing I want more than for Phil to make this putt." My grandfather whispered in my ear, "He will… even if I have to kick it in myself."

In the dream Phil made the putt and even though my grandfather and I were the only ones there, I heard a thunderous round of applause that echoed through the trees. I immediately woke up and felt like it had actually happened. I didn’t mention the dream to anyone in the family for fear of jinxing something.

I could feel my grandfather’s presence as I walked the course, just like in my dream

Fast forward to Masters Sunday, 2004. The leaderboard was going back and forth and it was a tight race. But I couldn’t forget the dream. It just felt so real. And even though it might sound odd, I could feel my grandfather’s presence as I walked the course, just like in my dream.

At one point, I think around hole 17, an event official explained to us what would happen should there be a playoff. I remember thinking the explanation was unnecessary because it would not come to that. I was just so sure.

On hole 18, we were shuffled to an area just behind the green so we could watch the finish. It dawned on me that Amy, my sister-in-law, and I were standing at the exact same place as in my dream. Amy grabbed my hand, squeezed it tight and said, "I’m so nervous!" I said, "No need. The putt is going in."

The putt was exactly like in my dream; 18 foot right to left break. As I watched the putt track to the hole I thought it was breaking a little too much. It looked like it was going to miss low, but at the last minute it took a quick dive into the hole. I swear, it was like someone kicked it in.

The crowd erupted. The only thing different was that in my dream, Phil had jumped higher. We still tease him about that jump.

But my favorite memory of that whole day was in the media tent when Phil was talking about that final putt. I had never mentioned the dream to him. And then he said the coolest thing: "I thought there was a good chance that putt wasn’t going in. I would not be surprised if my grandfather kicked that ball himself." It’s exactly what my grandfather said he would do in my dream. I had goose bumps along with a feeling of confirmation.

My grandfather did see Phil win a major. Not only did he have the best seat in the house, but he might have had a little hand (or foot) in it, as well.