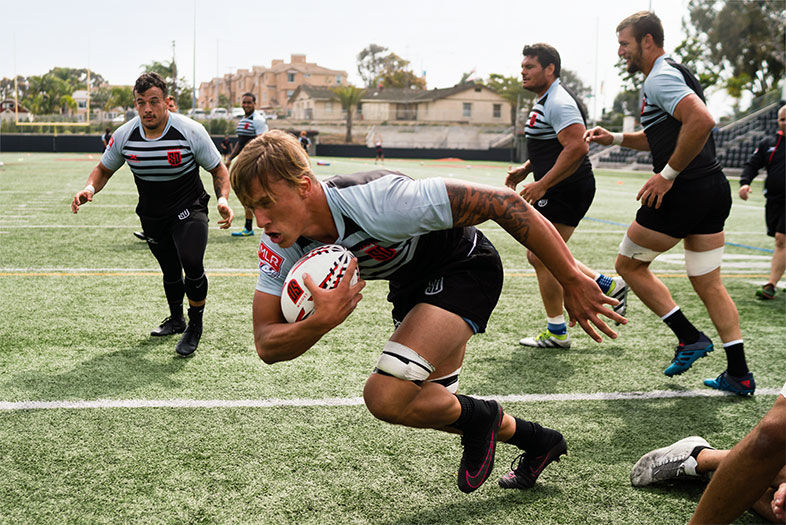 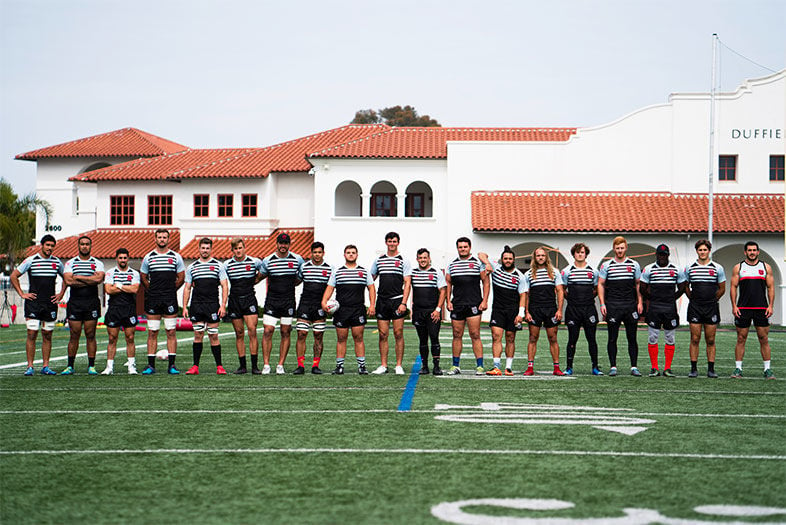 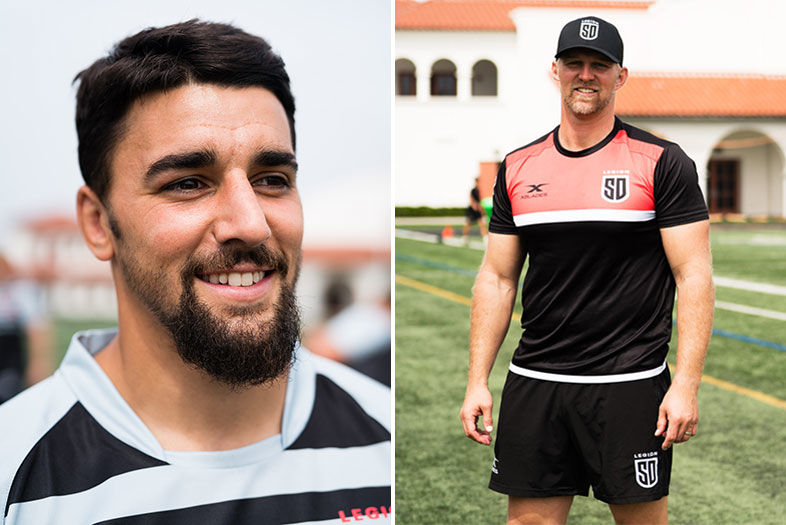 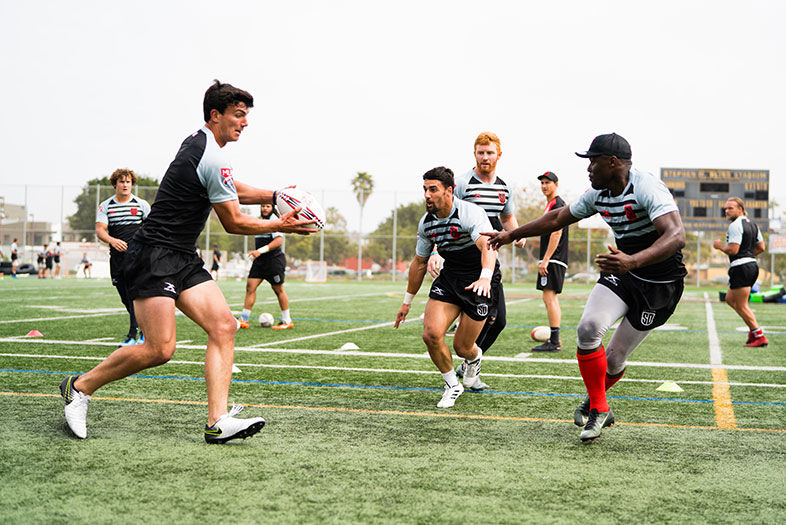 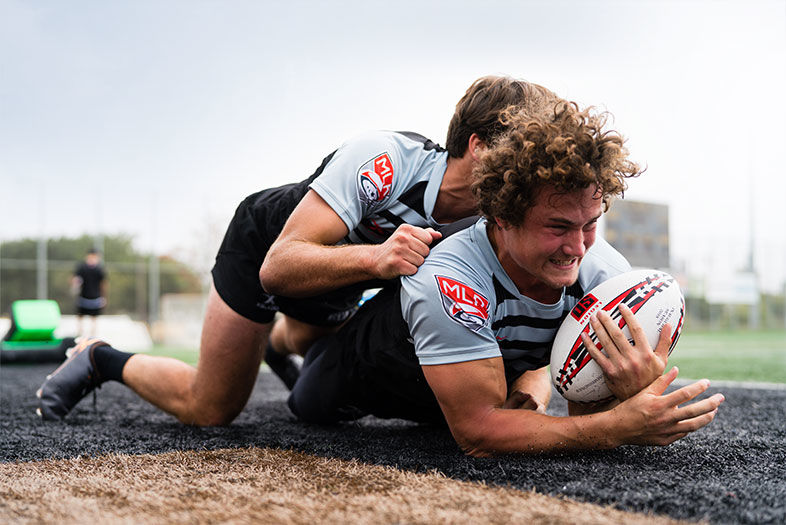 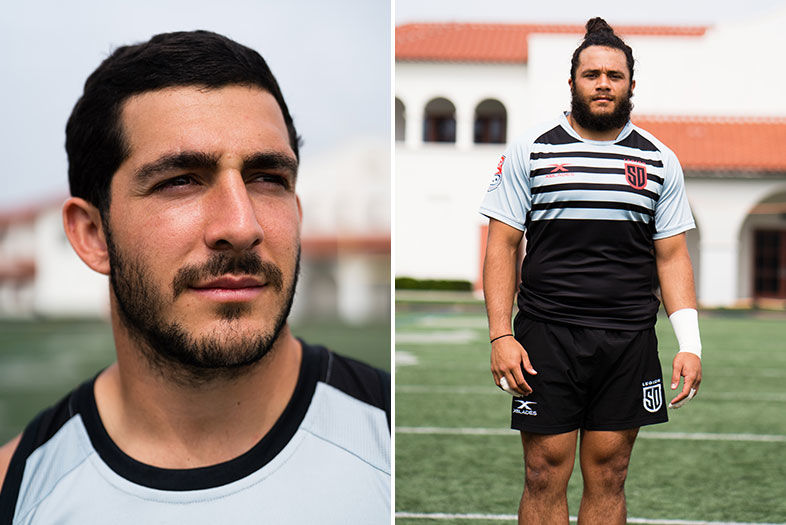 "Rugby is a hooligan’s game played by gentlemen," goes the quote often attributed to Winston Churchill. We found that to be true when we met the San Diego Legion, 26 players from as far as New Zealand, Argentina, the UK, and, yes, even our own backyard. They’re one of seven teams that make up Major League Rugby, which kicks off its inaugural season this year in cities as far afield as Houston, New Orleans, and Seattle. The Legion will play their first home game at USD’s Torero Stadium on April 29.

Though it’s always been popular in the Commonwealth, until now rugby’s biggest impact in the US was to give birth to American football back in the 1870s. The original sport has struggled to escape the shadow of its offspring ever since and is still largely misunderstood here. One glaring difference? No protective gear, which at first glance makes this version seem more violent.

"If I’m playing a game where I don’t have helmets or pads, I’m going to be a lot smarter about how I use my body," says Matt Hawkins, the Legion’s president and general manager. Not only is there no padding, but there’s no blocking allowed—players can only tackle whoever has possession of the ball. "You’ve got to have athletic ability," he says, "but you’ve also got to have what you need between your ears—to be able to think on your feet, because it’s constant. You don’t get to stop that often and go, ‘Hold on, time out, let’s have a discussion here.’" Matches evolve constantly through the 40 minutes of each half. Nonstop action makes strategy, technique, and athleticism all the more critical.

"People compare it to American football, but it’s more similar culture-wise and even demand-wise to lacrosse and soccer because it’s an endurance and a power sport," says Ashley Foster, the team’s athletic trainer. Because you can only pass the ball laterally or behind you—while moving forward—the game requires a lot of communication and trust. "In other sports, you might have offense versus defense, but those teams never really play together. With rugby, the forwards and the backs are on the same field the entire time. Also, in other sports you have that star athlete, but in rugby everyone is involved in every play."

Many of the Legion’s players describe the sport as "a family game." In rugby culture, you go out for a meal with the opposing team after every match. "I think that’s a large part of why rugby has been so successful at the youth levels," says Hawkins, who grew up playing in South Africa before representing the US at the Fifteens and Sevens, national tournaments played with 15 and seven players to a team. He was also head coach for both the USA Sevens Men’s National Team and San Diego State University, and sat on the council for Southern California Youth Rugby for many years. "A lot of parents and families have gravitated to rugby because it’s a very different culture than some of the other sports." In fact, it’s the fastest-growing youth team sport in the country—and with 4,000 kids participating, San Diego County has the largest player base. Hawkins attributes part of its local success to the fact that it’s a winter sport, and San Diegans have fewer issues with weather.

Despite all the education and growth happening at the youth level, there’s always work to be done. Hawkins was chatting with several USD players at a recent event hosted by the Legion. "None of them had ever tossed a rugby ball or played rugby until they got to USD. They were sitting across from some of the best rugby players in the world, and they had no idea who they were." Some of the boldfaced names in the front office include assistant coach Zack Test, who was honored recently at the Las Vegas International Sevens Tournament. "Zack is one of our best American Sevens players ever—he’s a 29-year-old kid and an injury forced him into retirement, but Zack is a global phenomenon; everyone knows him." He also played in the 2016 Rio Olympics with the US. Assistant coach Chris Cracknell was also in Rio; he helped coach the Men’s Fiji Sevens to win a gold medal. Head coach Rob Hoadley has extensive coaching experience on both national and international teams, and co-owner Bob Skinstad competed on a global level, captaining South Africa’s under-21 team and playing for its Sevens team. "These are world superstars," Hawkins says.

See the games at Torero Stadium or on CBS Sports Network and ESPN broadcast and streaming platforms. The Major League championship will take place at USD July 7.