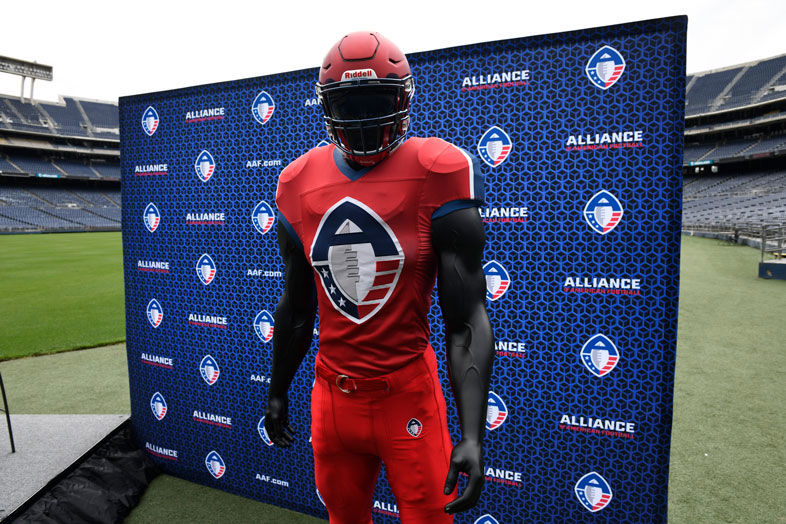 Boy, is everyone rushing to fill the void left by the San Diego Chargers.

First we welcomed our new Major League Rugby team, the San Diego Legion, whose next game is on Father’s Day at USD Torero Stadium. (Read up about starting the team, meet the wonderful roster of international players, and watch this video, A Crash Course in Rugby.)

Then yesterday at a press conference, a new professional football league was announced: The Alliance of American Football. Alliance San Diego will have Mike Martz as its head coach. Home games will be played at San Diego County Credit Union Stadium. The inaugural season will begin in February 2019.

The inaugural season of The Alliance of American Football will begin in February 2019.

TV and film producer Charlie Ebersol and Hall of Famer Bill Polian have founded the league, which is comprised of eight teams with 50-player rosters. "From the moment Bill Polian and I began discussing our vision for The Alliance, a pro-football league founded on a commitment to players, fans, and the game, San Diego was one of the first markets we discussed because of the city’s love for the game," said Charlie Ebersol, co-founder and CEO of The Alliance of American Football. "San Diego has a proven fan base that has displayed unwavering support and enthusiasm for their professional and collegiate football teams. 40,000 plus fans pour into SDCCU Stadium for Aztecs games; we’re excited to bring more football here and become ingrained in this community."

The season will be ten weeks starting February 9, 2019 and airing on CBS, plus two playoff rounds and a championship game April 26-28, 2019. (Note: Alliance San Diego is not to be confused with this Alliance San Diego.)

This November, San Diego will welcome its first professional lacrosse team. Our team will be known as the San Diego Seals, and games will take place at Valley View Casino. The National Lacrosse League is actually 35 years old, with five teams in Canada and six on the East Coast. Denver is currently the westernmost team in the league, not counting Vancouver. The Seal’s owner is La Jolla-based billionaire Joe Tsai, who also owns 49 percent of the Brooklyn Nets. Lacrosse is a higher-scoring game than soccer or hockey, and tickets will be affordable. The Stix for Tix program will donate gear to the community.

2019 will be a big year for San Diego sports fans.

SoccerCity, you better kick things into gear if you hope to compete for fans!