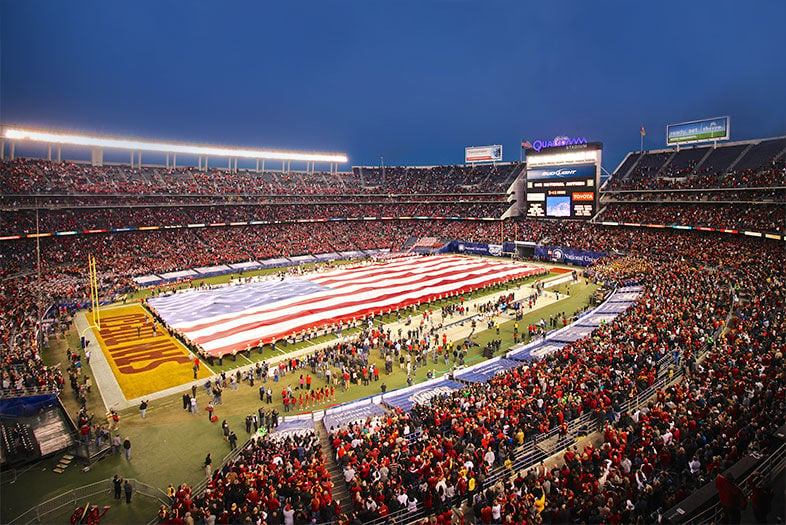 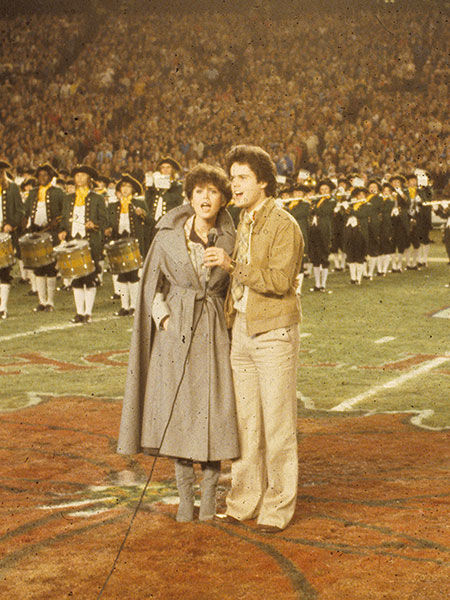 What's in a Name?

When a few San Diego businessmen set out to create a bowl game in our city, they considered naming it the Poinsettia Bowl—a resurrection of the armed forces championship game from 1952 to 1955. But with the newly minted San Diego Bowl Game Association’s mission in mind—to bolster tourism during the city’s slowest season—the name "Holiday Bowl" won out, and the poinsettia served as the game’s official flower. The SDBGA would use the name Poinsettia Bowl for a separate event from 2005–2016.

A total of 23 Holiday Bowl games weren’t decided until the final two minutes, and 19 games have been won by seven points or less. The 1980 championship between Brigham Young University and Southern Methodist University would become known as the "Miracle Bowl," one of the most surprising games in history. BYU scored 21 points in the last three minutes to oust the Mustangs, 46–45.

From Bowl Game to Greats

There are 242 Holiday and Poinsettia Bowl alums in the NFL today. Other greats to play under the stadium lights are two Heisman Trophy winners, Oklahoma State’s Barry Sanders in 1988 and Ty Detmer of BYU in 1990. BYU is a Holiday Bowl house name, too, having played in it 11 times, amounting to a quarter of its entire existence.

A pillar of the Holiday Bowl’s pregame festivities, the "Big Flag" weighs a whopping 850 pounds and requires 250 volunteers to roll out onto the field. Until 1997, the association rented the flag, which spans 45,000 square feet. Today, as its sole owner, the SDBGA lends the Big Flag to other events, including the Super Bowl and World Series, to a price tag of $4,000–$8,000. Most recently, following the massacre in Las Vegas, SDBGA lent the flag for free to the University of Nevada, Las Vegas for its game versus San Diego State.

Since its inception 40 years ago, the Holiday Bowl has generated around $750 million for the San Diego region. Since 2008 alone, that’s meant 350,000 Holiday Bowl–specific hotel stays.

The Holiday Bowl has hosted several NCAA college football conferences throughout the years, beginning with the Western Athletic Conference. But now with the NCAA’s new playoff format, gone are the days of the SDBGA traveling the country to recruit teams to play in its bowl—like when it facilitated a national championship between University of Michigan and BYU in 1984. Instead, an NCAA committee oversees the team selection processes for bowl games. Since 2014, the Holiday Bowl has hosted teams from the Pac-12 and Big Ten conferences.

Sibling pop powerhouse Donny and Marie Osmond sang the national anthem at the first Holiday Bowl in 1978, a showdown between BYU and the United States Naval Academy. During their visit, Donny, 18, and Marie, 16, also enjoyed lunch at Tom Ham’s Lighthouse on Harbor Island and, at Marie’s request, a shopping trip to Westfield Mission Valley after halftime.