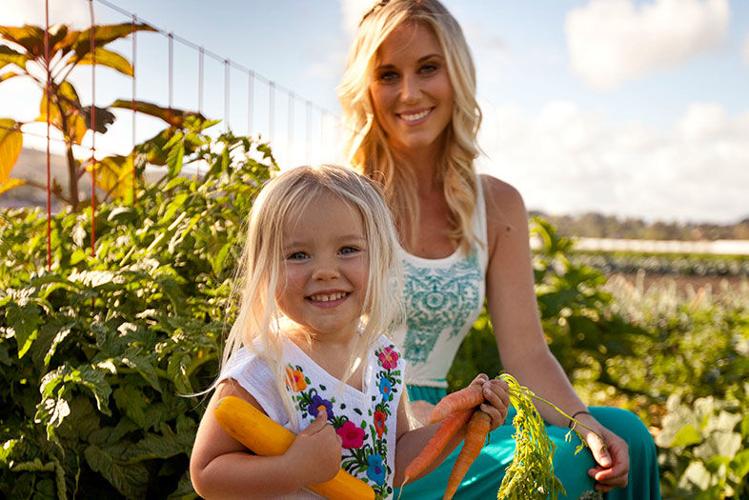 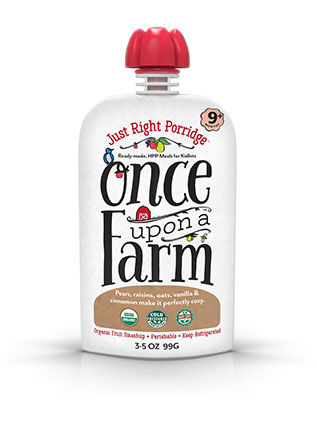 Food has come a long way since the 1970s, when America was awash in shelf-stable, highly processed foodstuff. The organic food market has grown by an average of 11 percent every year for the last decade. As of 2014, there were 2,284 farmers’ markets in the U.S. Average joe consumers are aware of once-niche terms like GMO, probiotic, and gluten.

Why, then, are we still feeding our babies bland, highly sweet, shelf-stable foods?

The $50-billion global baby food market is ripe for rejuvenation, and the San Diego–based all-organic, non-GMO baby food company Once Upon a Farm is poised to be among the leaders of that movement.

"When I had my first daughter, I attempted to make her own food while also working [running a holistic nonprofit], but I realized it wasn’t realistic," says founder and La Jolla resident Cassandra Curtis. "Real, organic baby food just didn’t exist. I saw a niche in the market."

The way she could differentiate her product was by using a technology called high-pressure processing (HPP). Whereas shelf-stable foods are heat pasteurized, HPP uses 87,000 pounds of hydraulic pressure per square inch to kill any potential pathogens in food. HPP has revolutionized the juice industry (as "cold-pressed juice"), most notably used by Suja, another San Diego company.

Heat pasteurization kills bad bacteria, but in the process, it also kills much of the beneficial bacteria, proteins, nutrients, vitamins, and minerals.

"HPP maintains the nutrients, colors, textures, and aromas of the original food," explains Curtis. "During the first three years of life is when babies’ palates and taste buds are developing. If they’re tasting fruits and vegetables that taste like the real thing, they’ll eat the real thing later on. Shelf-stable brands taste very sweet. Research proves kids who eat it have a sweet tooth later on."

"Why are we still feeding our babies bland, highly sweet, shelf-stable foods?"

Curtis says the target demo for their pouches—which retail at $2.99 for 3.5 ounces—are "health conscious, working moms who want to be able to feed their baby something close to homemade." She’s obviously tapped a market need. Since launching at San Diego farmers’ markets in 2013, she’s secured a business partner and funding, and their product is sold in most gourmet markets, including five Jimbo’s stores (their first account), Sprouts in Eastlake, Boney’s, and Bristol Farms. Last month, Once Upon a Farm rolled out in Whole Foods.

Some of Once Upon a Farm’s recipes are intentionally simple—like "Magic Velvet Mango," whose sole ingredient is "organic mango." No added chemicals. No shelf stabilizers. Some read like post-yoga smoothies, such as the "Carrot-y Coconut-y Quinoa," which has mango, carrot, sprouted quinoa, and coconut milk (all organic).

Curtis’s business partner, Ari Raz, was working to develop his own HPP baby food company in Washington, DC when he came across Once Upon a Farm.

"I saw the recipes and the website and they were really special," he says. "I couldn’t believe the ingredients. I thought maybe if I reached out, they could offer me some advice or help." So he emailed Curtis, who was desperately looking for a business-minded partner.

One of the company’s most original ideas is placing branded refrigerators in the baby food aisle. Baby food aisles have never had refrigeration, so Once Upon a Farm’s cold boxes reinforce the "real food, not meant to be shelf stable past the apocalypse" message.

Beyond the branding and market analyses, both business partners reiterate their pure goal: "We really are on a mission to improve childhood nutrition," says Curtis.