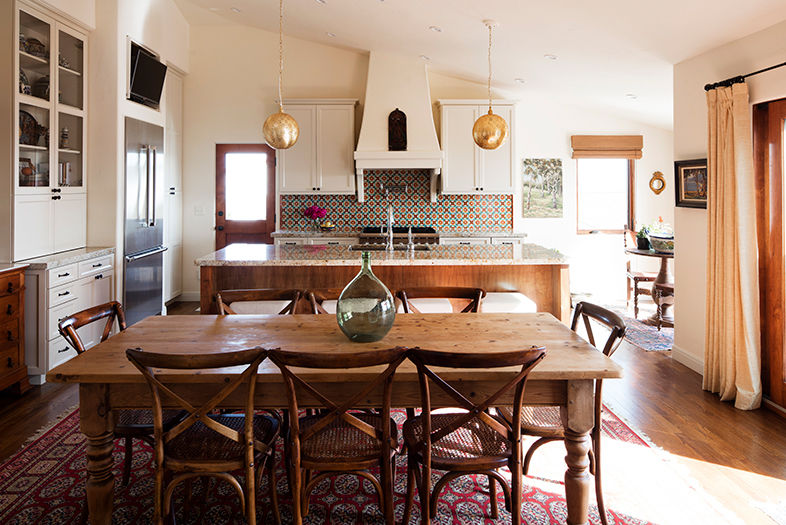 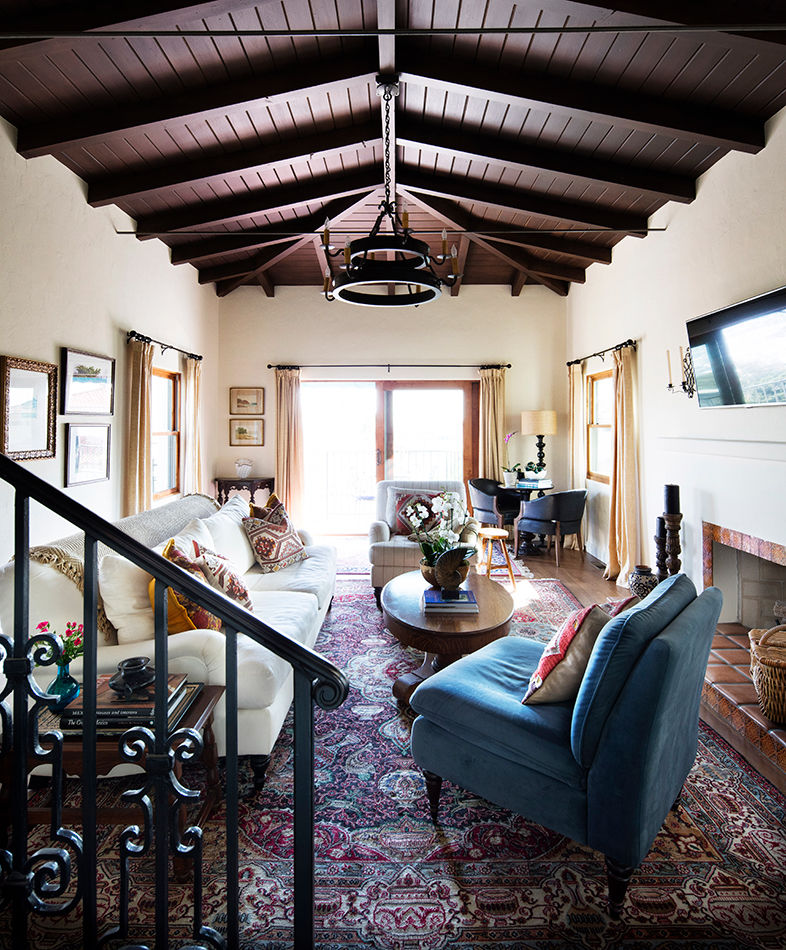 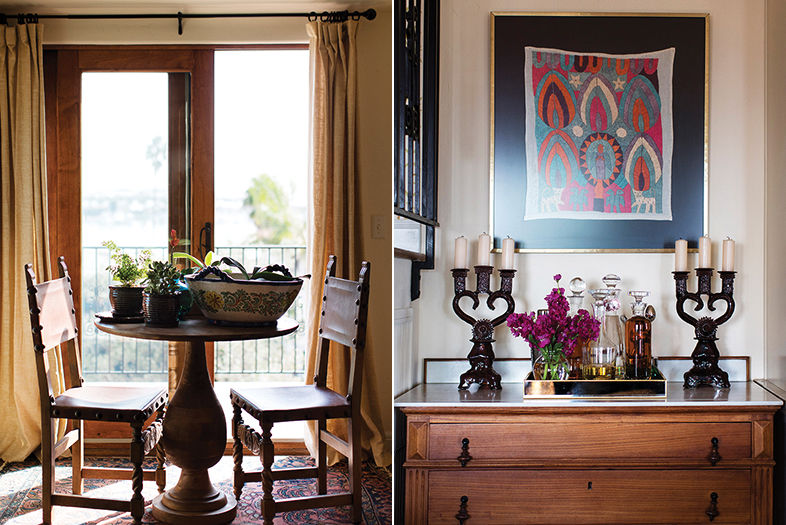 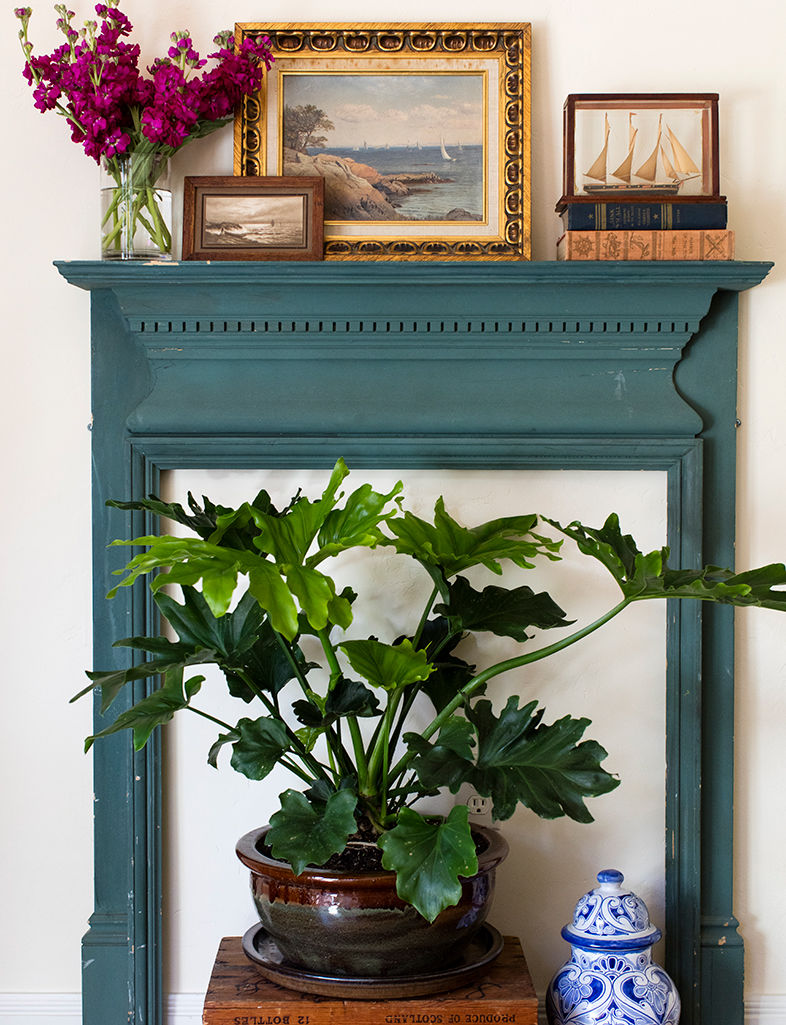 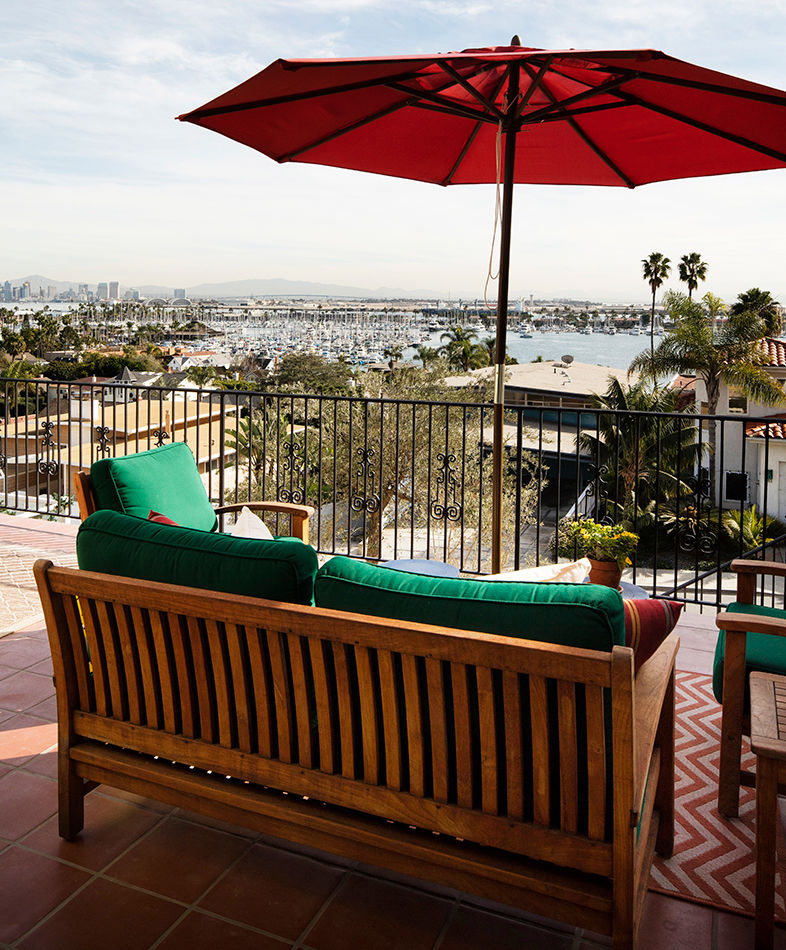 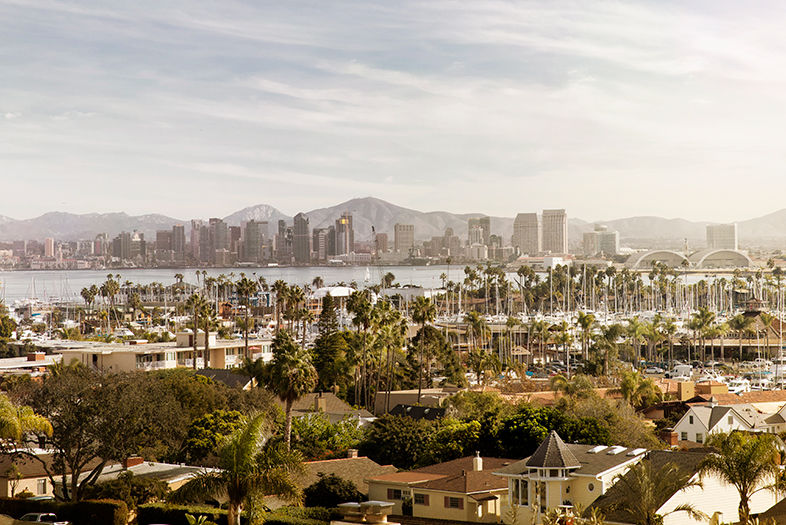 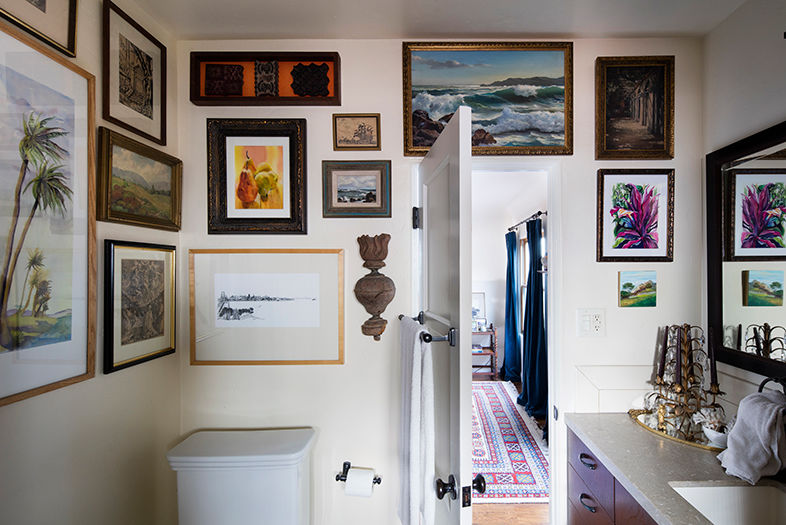 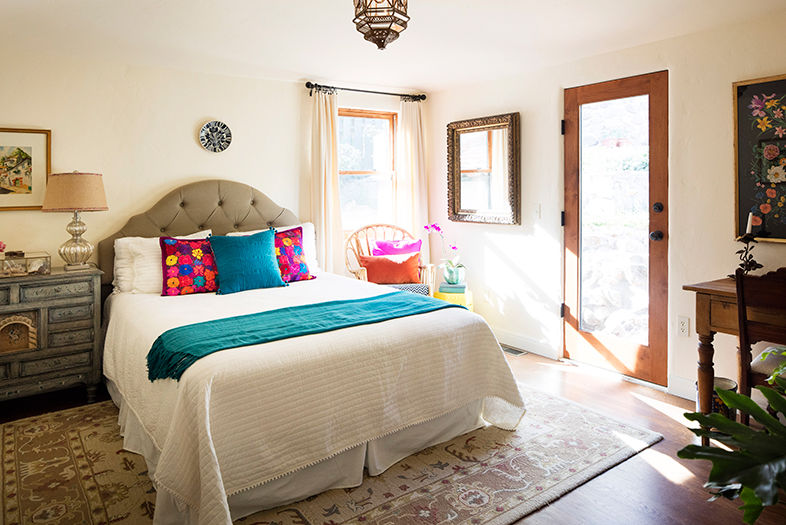 Read Lorena's tips for the flea market novice, plus the best places to treasure hunt in San Diego

Lorena Whiteside Nelson knows the value of a good story. The local PR maven and executive producer of the KPBS show Savor San Diego spends her days telling stories and pitching her clients to other people who tell stories. So it’s no surprise that her home is full of character, sourced almost entirely from estate sales and flea markets. Tables stained with wine from dinners of another era, framed paintings salvaged at weekend garage sales, and odd little trinkets create unique vignettes at every corner. Nothing is ordinary or overdone.

She shares the home with her husband, George Nelson, who works for a tech company in the Bay Area, where Lorena is from as well. She grew up frequenting the various vintage markets around San Jose with her parents. "Some of my earliest memories are of getting up at the crack of dawn on weekends to go to sales with them," she says. "My dad is really into it. He used to rearrange furniture with me in my room. He has a good eye, and I think I got that from him."

The couple’s Point Loma house, perched on a La Playa hill, offers stunning views of the bay and downtown. Mediterranean landscaping by Cleator Landscape Design complements the multilevel Spanish architecture, with pebble-strewn pathways, serene agaves, and an ancient olive tree that stands guard as guests climb the stairs to the front door.

The entrance level is composed of a shared kitchen and dining space in addition to the master suite. The Nelsons completely redid the kitchen, transforming the former galley layout into an open plan with a central walnut island. A Talavera tile backsplash makes a statement among the granite countertops and soft, creamy cabinets, as do a pair of gold pendants from One Kings Lane. They were "a point of contention," according to Lorena. "People either love them or hate them. There’s no in between." The kitchen’s focal point is a custom hood above the range, designed by Ricardo Guerrero to match the architecture, with drywall work by Bryan Wright of Almost Anything in Drywall.

Lorena bought the dining table at an antique store in Ocean Beach ("a steal at $400"). "The finish is pretty worn, but we don’t mind," she describes. "It gives it a nice aged patina that we don’t worry about damaging. I like the more rustic, primitive stuff." She found the chairs at an estate sale ("a major score at $40 each").

From the dining area, a small wrought-iron staircase leads to the upper guest rooms, which double as office spaces for Lorena and George, who both work from home. Lorena originally wanted to tile around the archways, but didn’t want to commit to something so permanent. Instead, she showed artist Raymundo Galvan photos of the old California missions, and asked him to hand-paint something similar.

A separate staircase off the main level leads to the sunken living area, with a dramatic exposed beam ceiling that the couple repainted a dark wooden hue. They also simplified the fireplace surround, taking it back to its original style with custom drywall accented by Talavera and Saltillo tile. Almost everything in this space was sourced from Lorena’s "weekend treasure hunts," as she calls them, citing Ocean Beach Antique Mall, Vignettes, Karen’s Consignment, and Rare Bird Consigment among her favorite spots.

The living room houses some of her most prized possessions: two California impressionist paintings her father bought at a consignment shop; a Chihuly vase given to her by client and dear friend Su–Mei Yu, founder of Saffron Thai; and a lone Russian wolfhound figurine, part of a huge collection that belonged to her mother, who died of cancer a few years ago.

"I don’t want stuff that other people have," she says. "I want something unique and different—as opposed to buying everything from one store, like Crate & Barrel. Anybody can go and do that. This creates more character and a different quality."

Among the many obvious vignettes are a few hidden gems, like the private art gallery in her master bathroom. It’s a mix from various estate sales and the couple’s travels, paintings that hadn’t found a place in the rest of the house. "I figured if it didn’t come out so well, it would be okay, because George and I are really the only ones who will have to look at them," Lorena explains. "I find myself admiring different pieces while in the shower or getting ready in the morning or for bed."