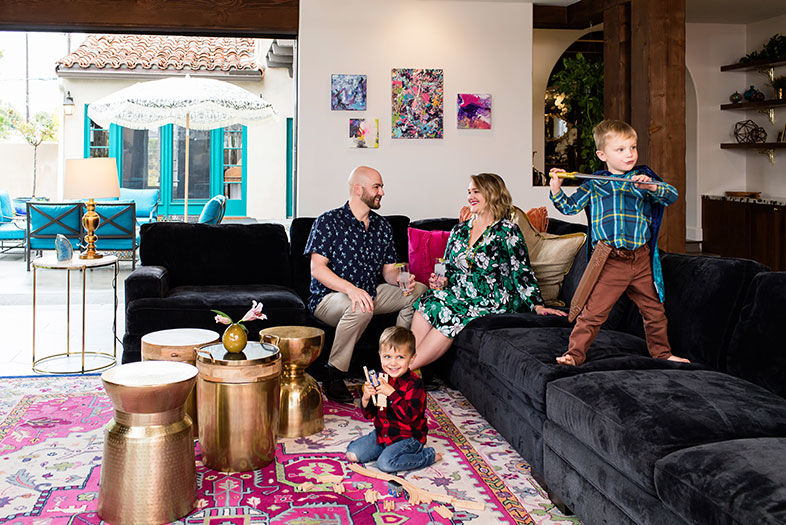 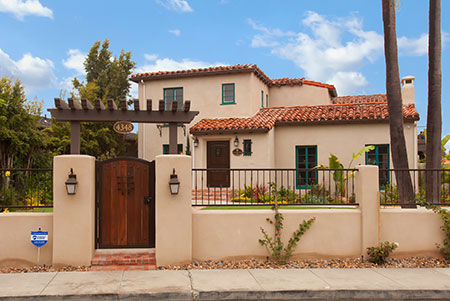 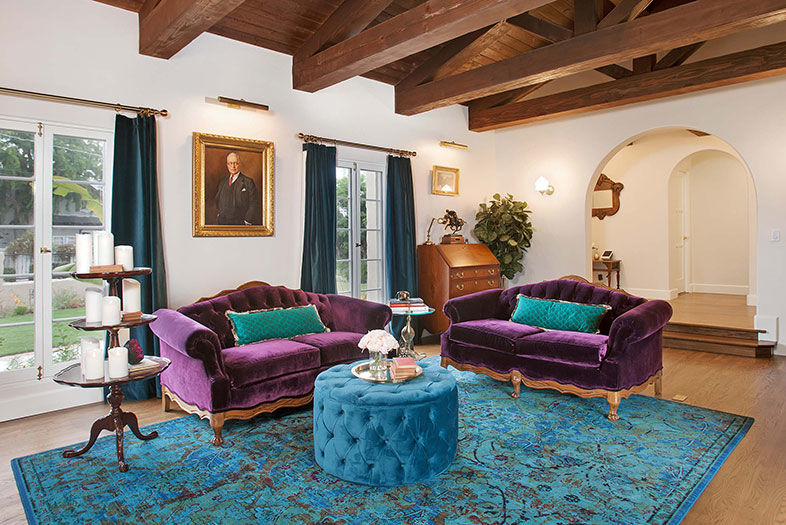 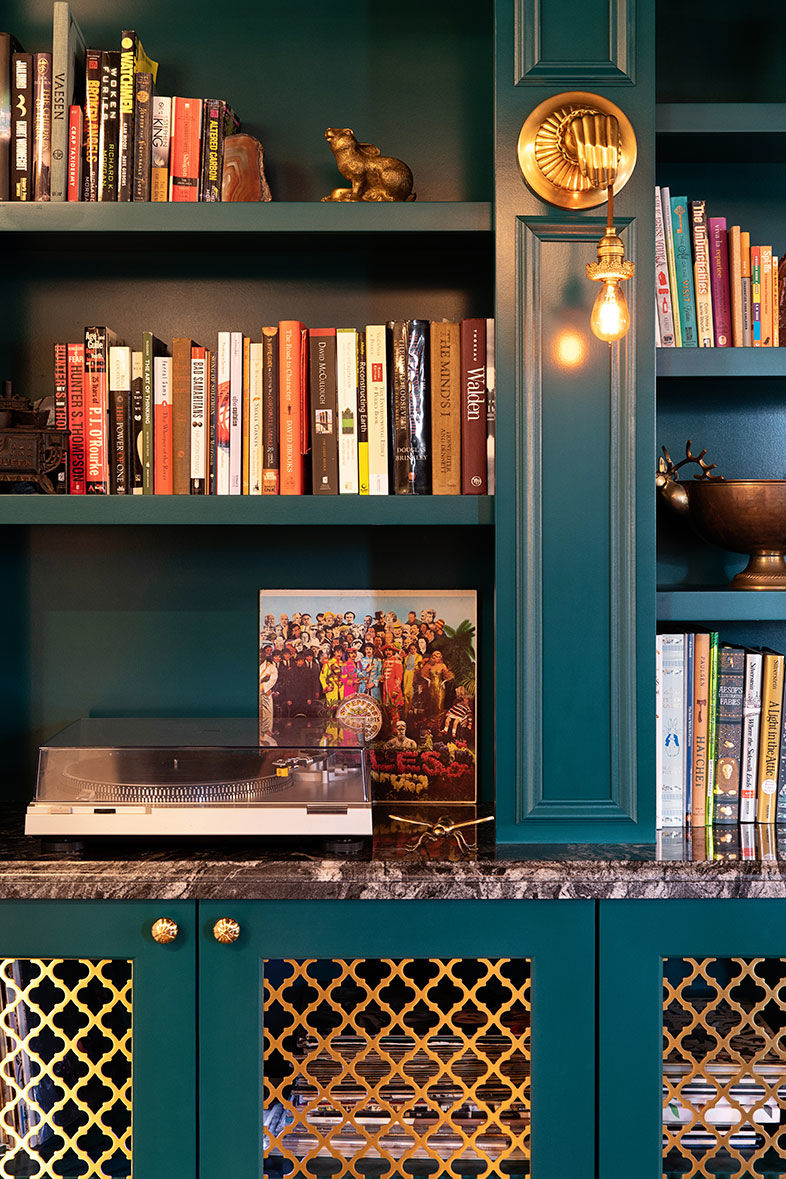 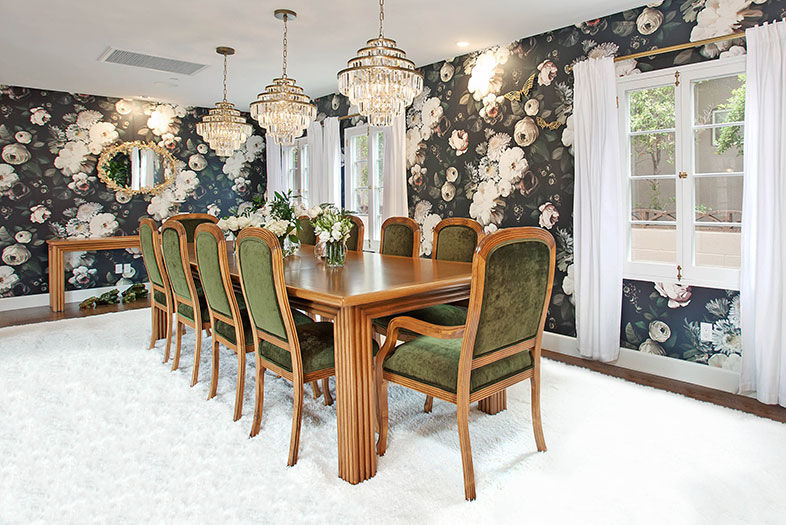 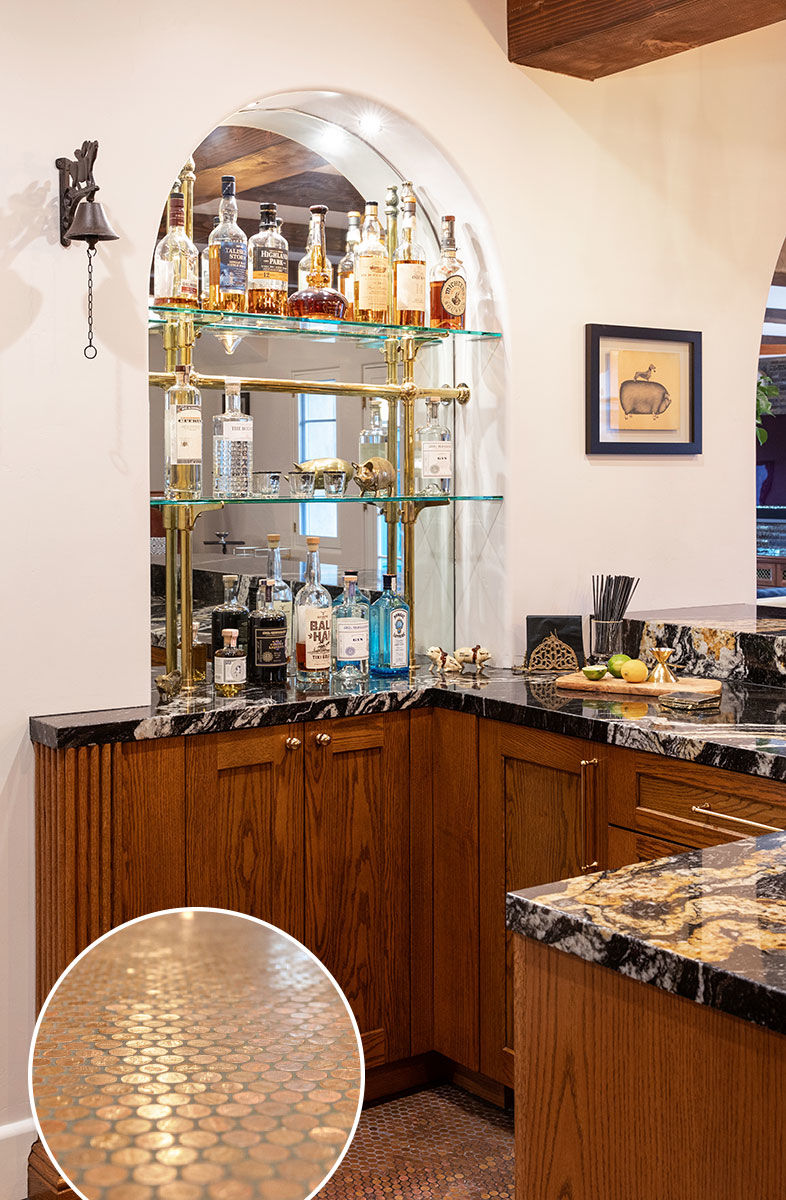 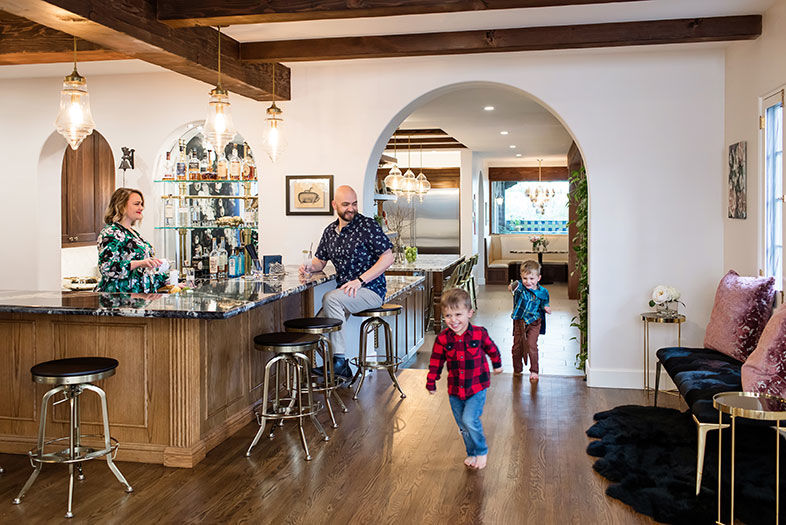 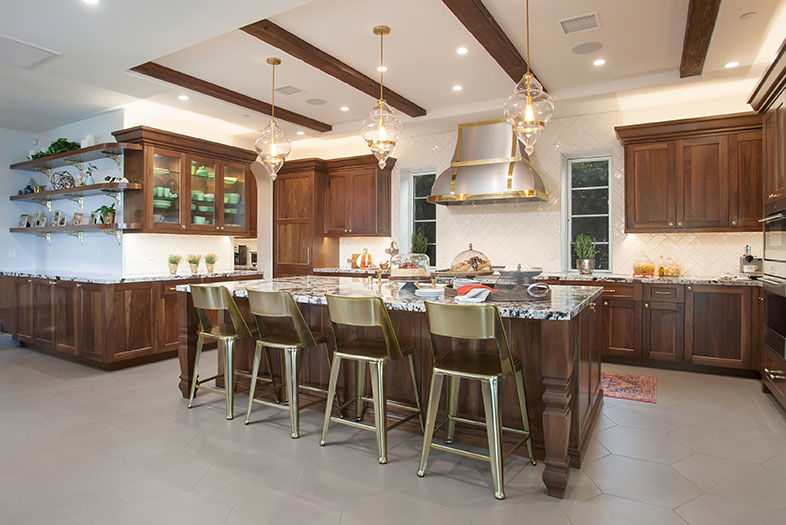 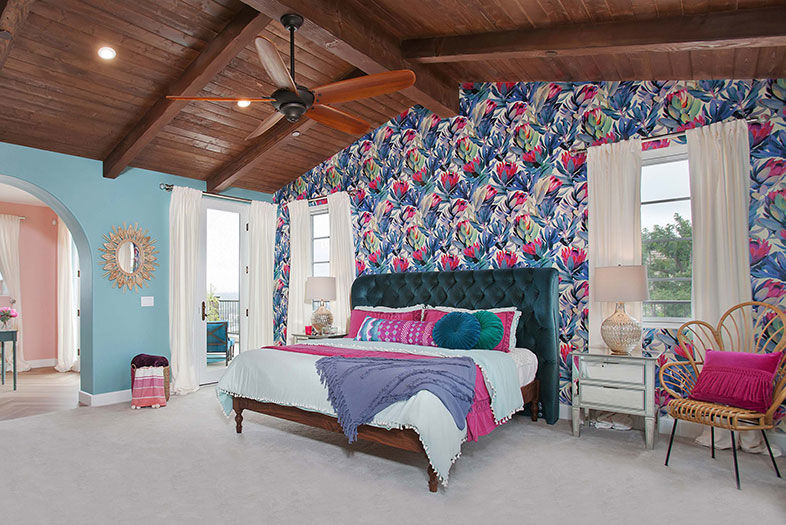 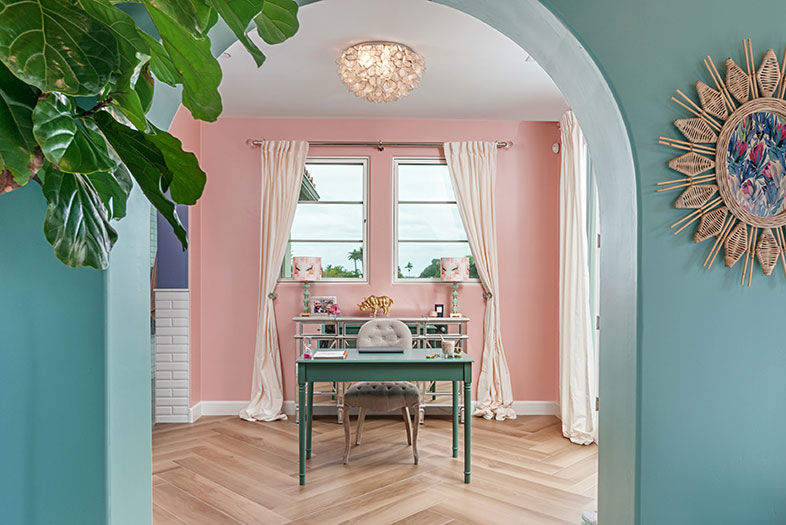 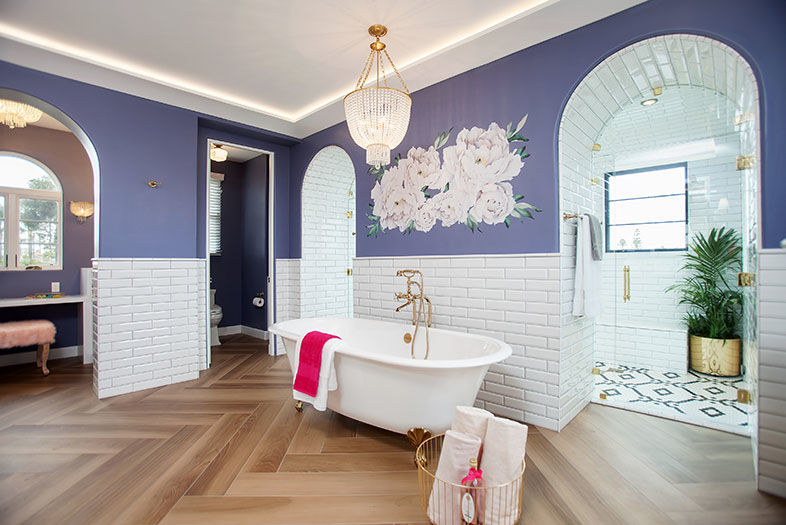 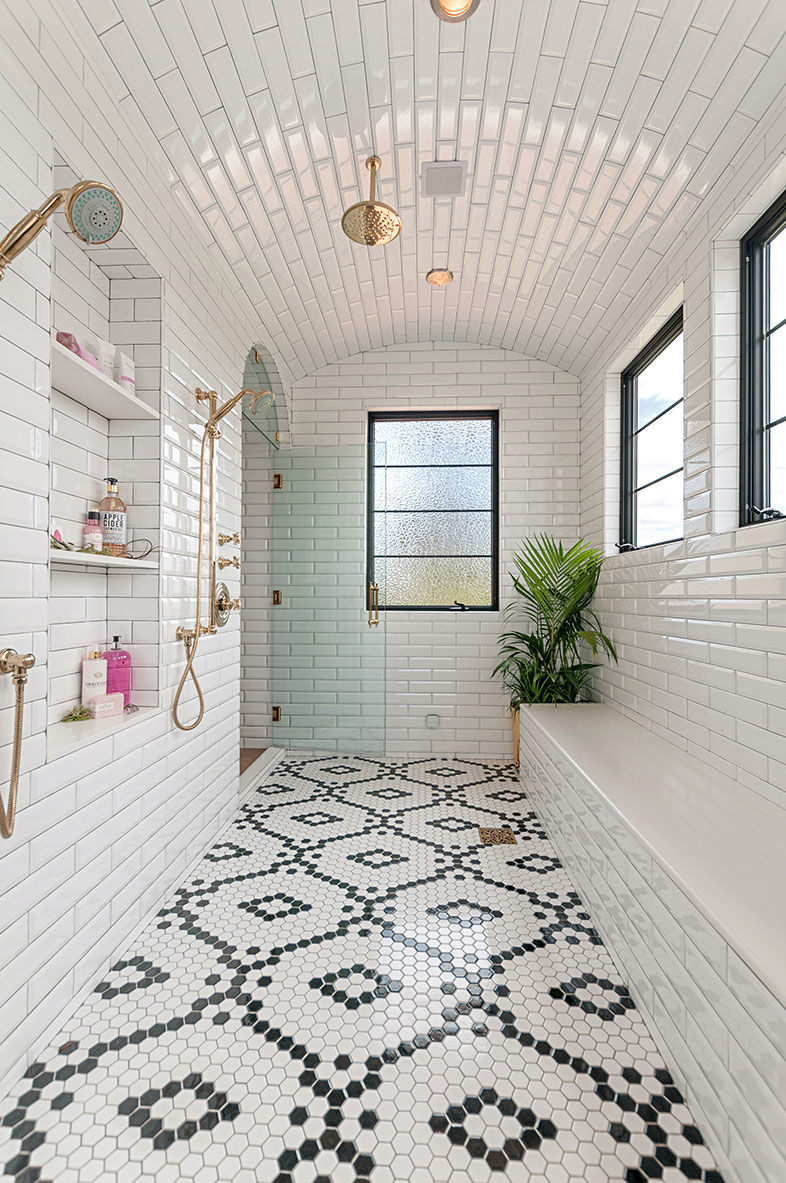 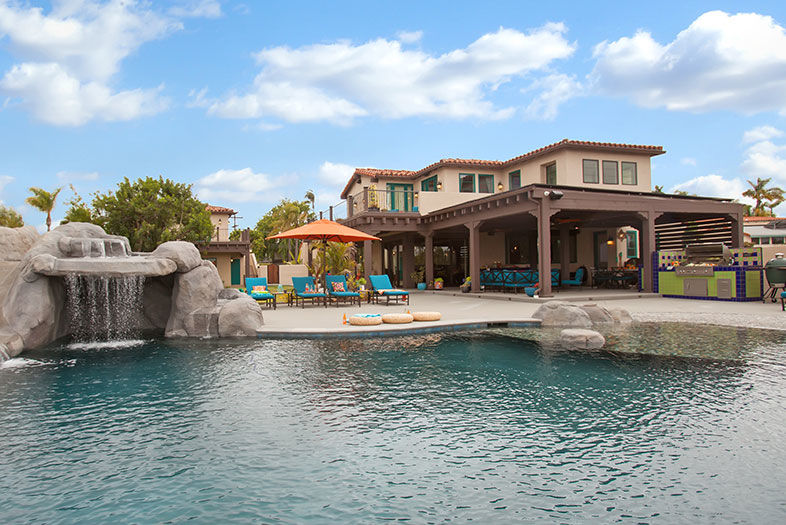 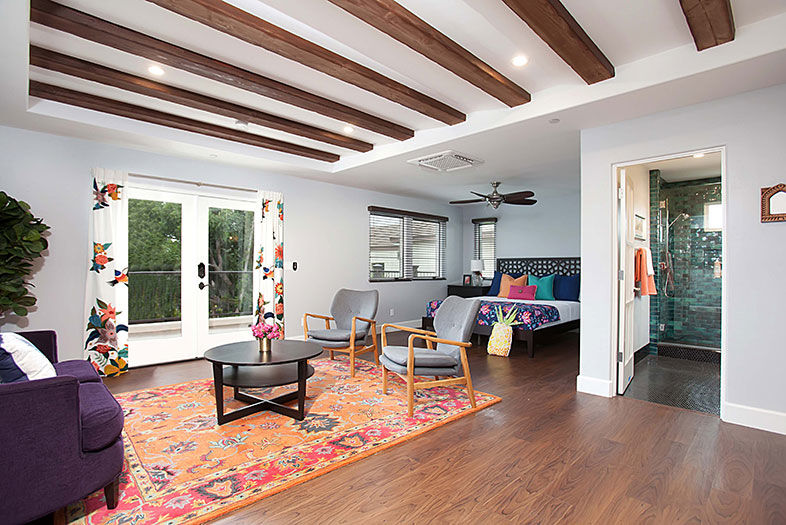 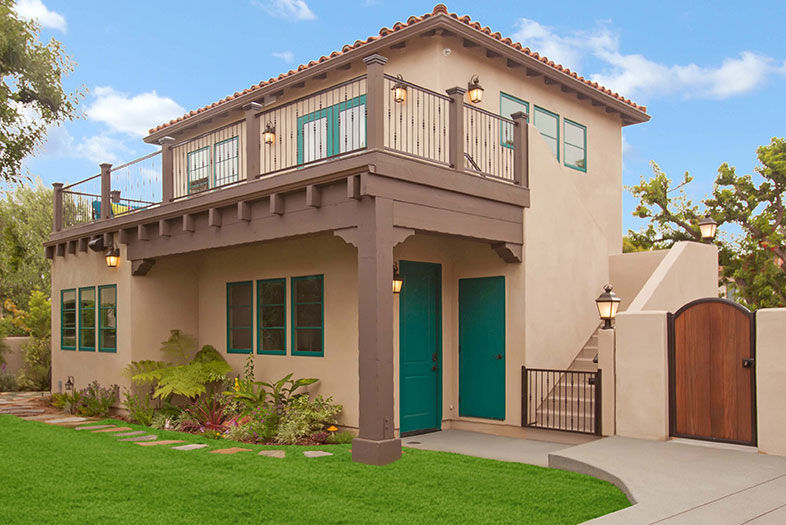 It took meeting his future wife to coax Reggie White out of North County.

"I was like, ‘I live in a cooler part of San Diego than you, so you have to come down here.’ That’s what you get for dating a South County girl!" Rhianna says. "We ended up renting a house in North Park together and never looked back," committing to both their central location and their real estate investments. (Together, they own a development firm with business in Southern California and New York, and she owns a real estate brokerage named Red Rhino Realty.)

Though they have a house in Palm Springs and another in Manhattan, the Whites now call Kensington their home base.

But when it came time to renovate their main home, the charms that first drew them to it turned into qualms. Jackson Design & Remodeling began drawing up the blueprints, but a year into the process the 1928 abode was given a historical designation.

"We had spent a year prepping to build a house that couldn’t get built," Rhianna says.

Translation for lead architect John Kavan: Go back to square one. "The toughest challenge was working in what the city termed ‘Spanish Eclectic’ architecture," he explains. "Typically, a style has a very identified shape, form, or detail. This home is subtle in style, not a lot of defining detail, and was fairly modest in scale."

Two and a half years later, when move-in day finally came in September 2017, the Whites had added two kids to their crew—Callen and Easton, 4 and 3 respectively—and had two Dachshunds in tow.

Plus, there were two storage units and a garage full of furnishings Rhianna had collected while eagerly waiting to fill the space. That’s where JDR senior interior designer Alison Green and interior stylist Karina Kmiotek-Ally stepped in for guidance.

"They wanted to maintain some of the traditional Spanish Revival and 1920s vibe in the house, but we put a modern spin on it," Green explains. "We treated each room so differently, but somehow it all came together to represent them and their style: bold colors and patterns."

The loud wallpapers—Rhianna pored over the website Spoonflower for hours selecting them—are a perfect example.

"I love wallpaper, and wallpaper’s coming back in a big way. I’m bringing it back!"

There’s no cohesion to the prints from room to room—a Dachshund print in the dog den, flowers in the dining room, butterflies in a powder room—but each space stands on its own, and that’s just how she wants it.

"I don’t like matchy-matchy. I buy things and don’t know where they’re going to go. I figure if I like it, it’ll eventually fall together," she says, noting that the mixed metals in her kitchen are another example. "I do not believe in one kind of metal in a house. That’s old-lady rules. I even wanted a gold refrigerator, but they don’t make one. I tried!"

Supportively, Reggie chimes in, "The defining thread is your taste."

Really, it’s their taste, which they’re proud to admit is a little weird. Throughout the home, you’ll find one-off decorations like a watercolor painting of a dead bird, a rhino trinket (Rhianna’s favorite animal), and even a taxidermied weasel they purchased from a flea market in Amsterdam that hangs on a sconce in the shape of a hand in their library.

But not all items are there to be ogled. Some of them are family heirlooms, like Rhianna’s father’s turntable, Reggie’s great-grandfather’s desk, and a behemoth dining room table Rhianna’s father built. They had the dining room sized specifically for it, tearing down walls that once divided a butler’s pantry, kitchen, laundry room, dining room, and bathroom.

To accommodate the open layout for the dining room and bar, Kavan encouraged the usage of wood beams to literally hold the house up—just one of the remodeling kinks to work out.

Working within historical designation parameters also meant they had to leave all corners of the original home exposed and a certain percentage of the original exterior walls intact.

"John got really creative in fulfilling my wishes," Rhianna jokes.

Take the archway between the dining room and living room. It’s obnoxiously thick, because the exterior wall of the home is sandwiched in between two new walls.

The archway itself serves as passage from old to new—namely the 2,936-square-foot extension of the home.

Where a courtyard and garage once stood is now an open-layout kitchen and living room, bathroom, and the dog den. Above, there’s the master bedroom, with Rhianna’s office attached, and a jaw-dropping master bath with walk-through shower and steam room, as well as an oversized Victoria + Albert clawfoot bathtub.

When asked where the family congregates most often, Reggie quips, just look where the Roomba is. (The living room, at the moment.) From here, the pocket doors open to an outdoor entertaining area and infinity pool with views all the way to Northeast San Diego County—which is what sold them on the house in the first place. On a clear day you can make out Cowles Mountain, Mission Trails, and even Escondido.

"We always said we’d move only if we could get a bigger lot with a view," Rhianna says. "Then we found this and were like, ‘Oh crap.’ The potential was huge, and I didn’t want someone else to see it."

They put in an offer 24 hours after it went on the market, then scooped up a neighboring lot to build a new garage and put a 516-square-foot guest­house above it—where they’ve now hung renderings of the original home they were supposed to rebuild.

"For the record, this is a better house," Reggie says.

His wife adds, "Oh yes, we’re swimming in space." It’s a good thing, too, because as she concludes, "This decorating project is not even close to being done."