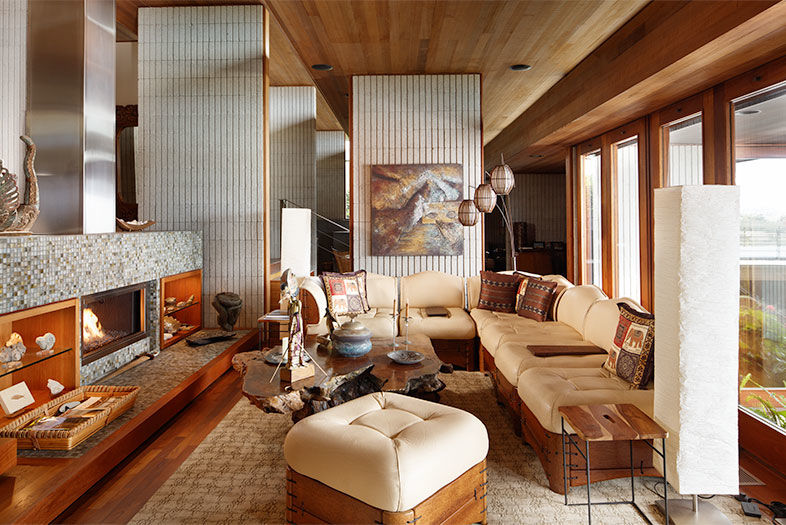 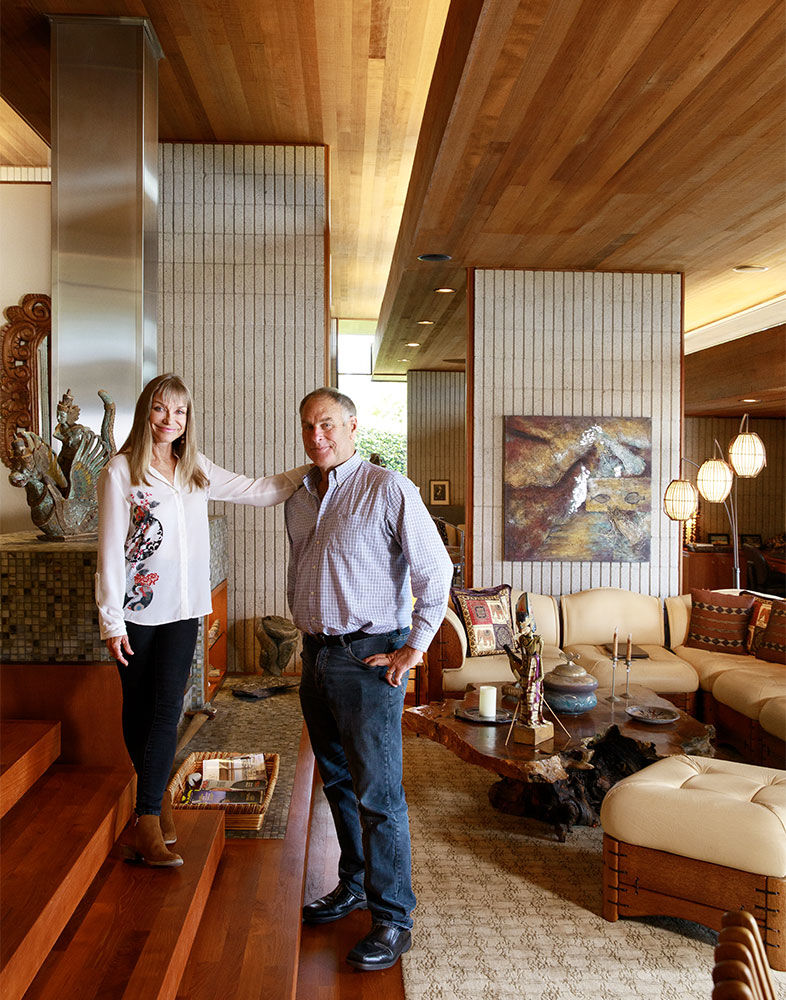 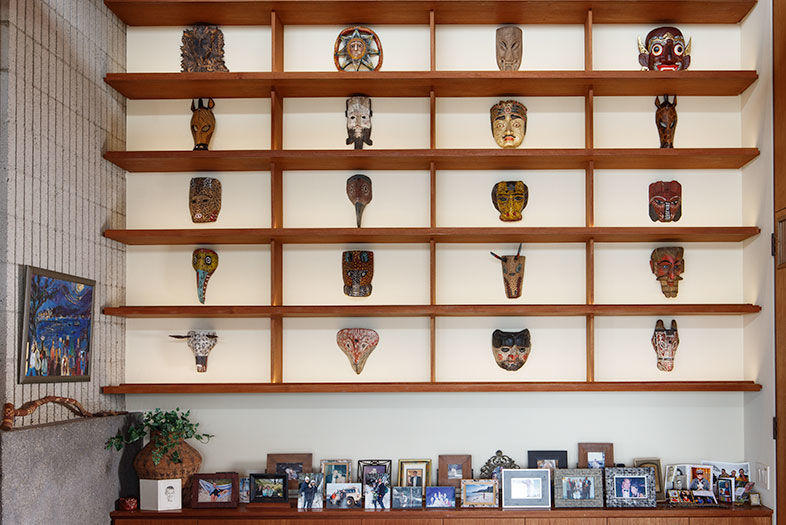 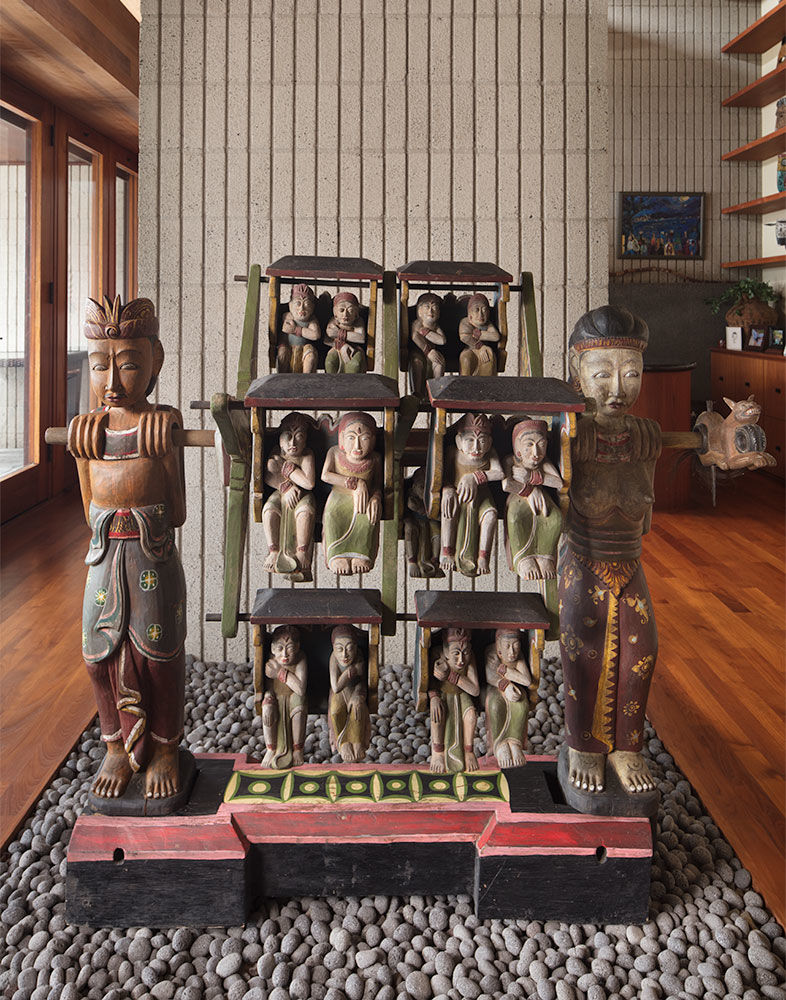 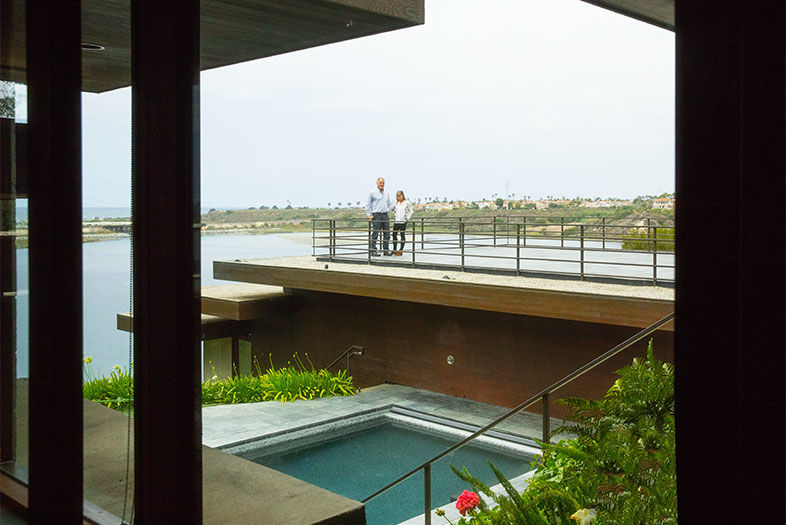 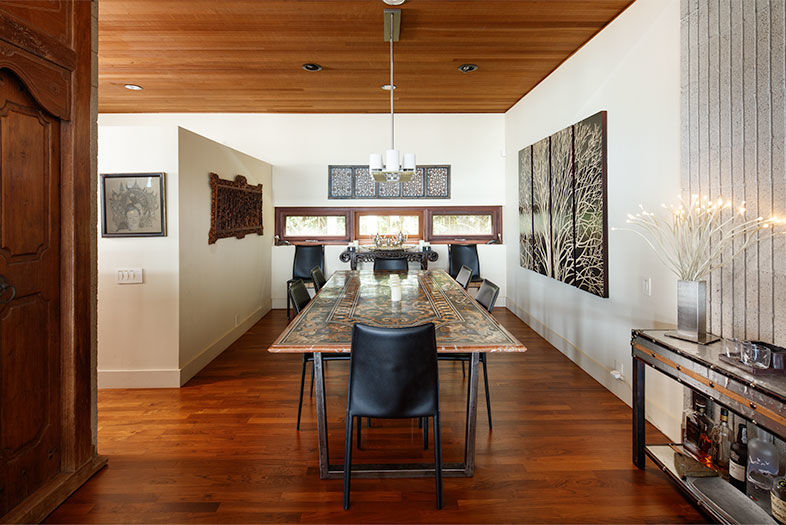 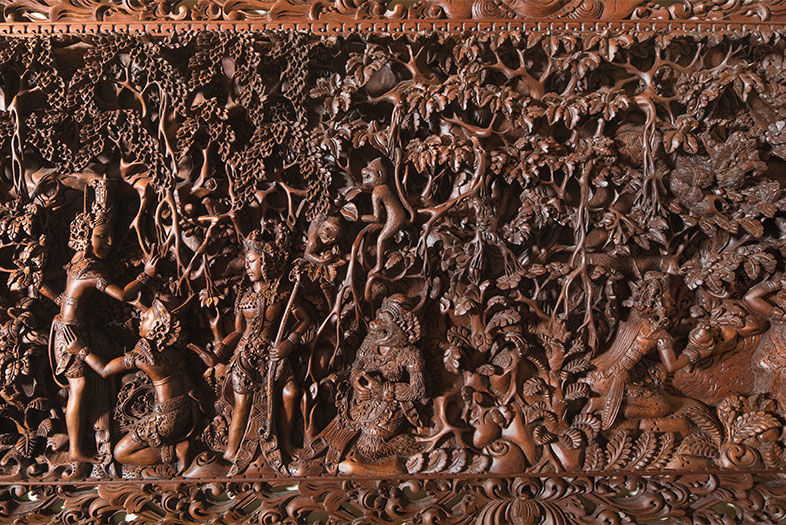 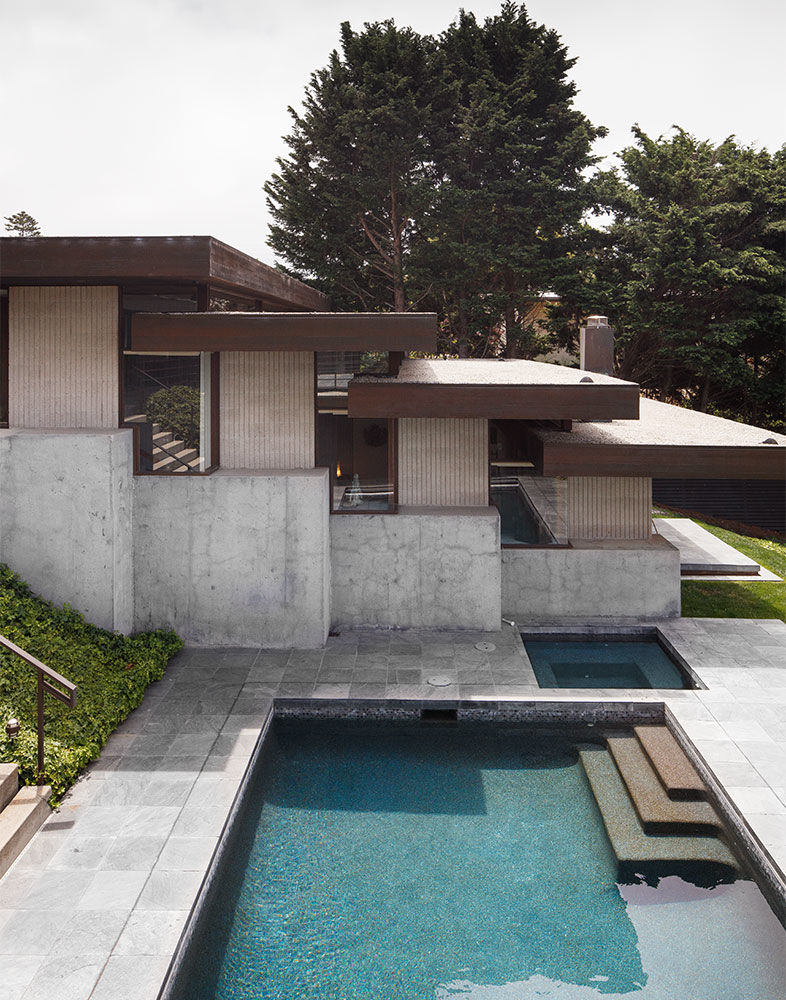 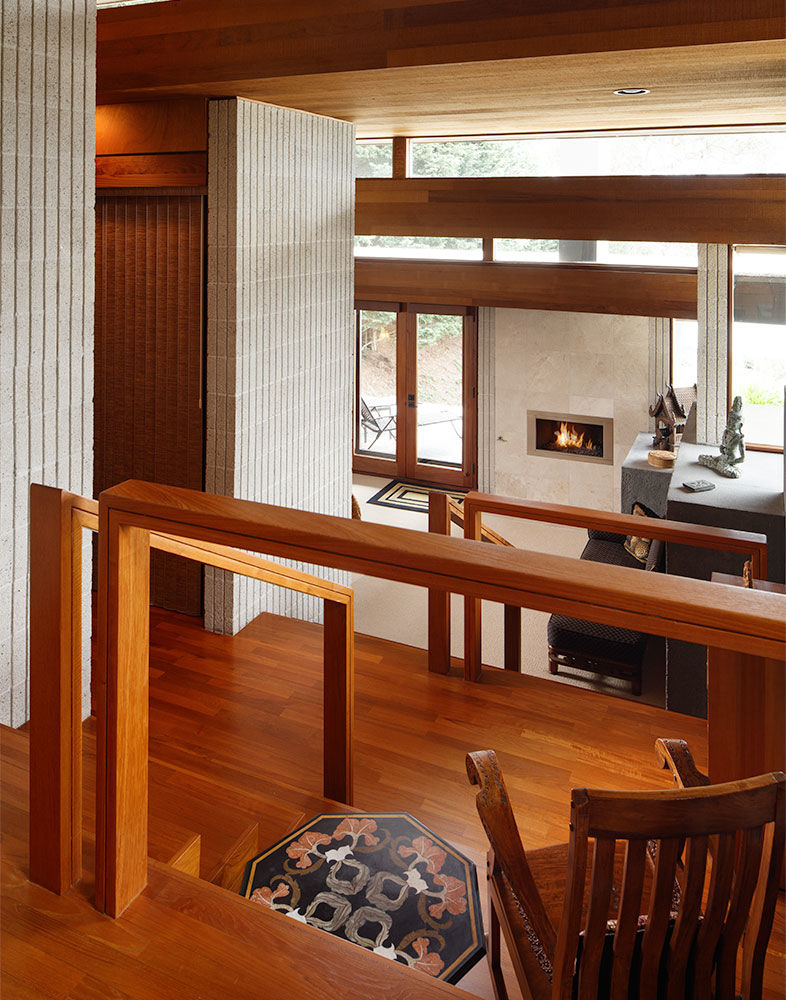 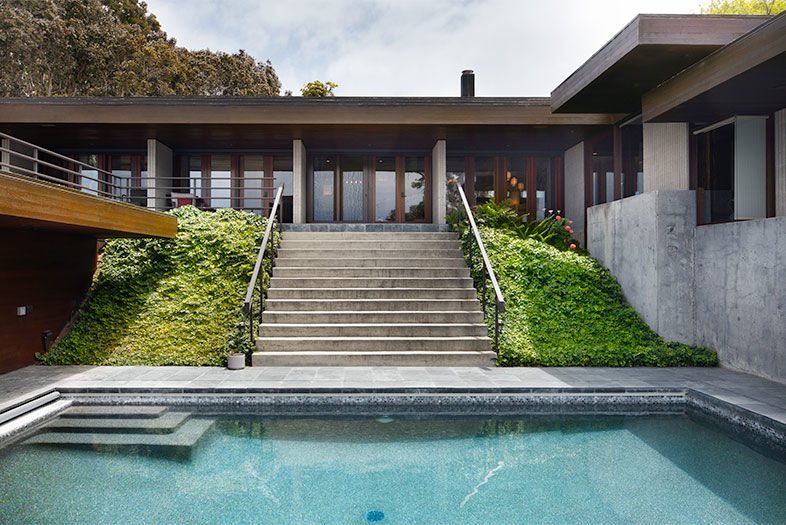 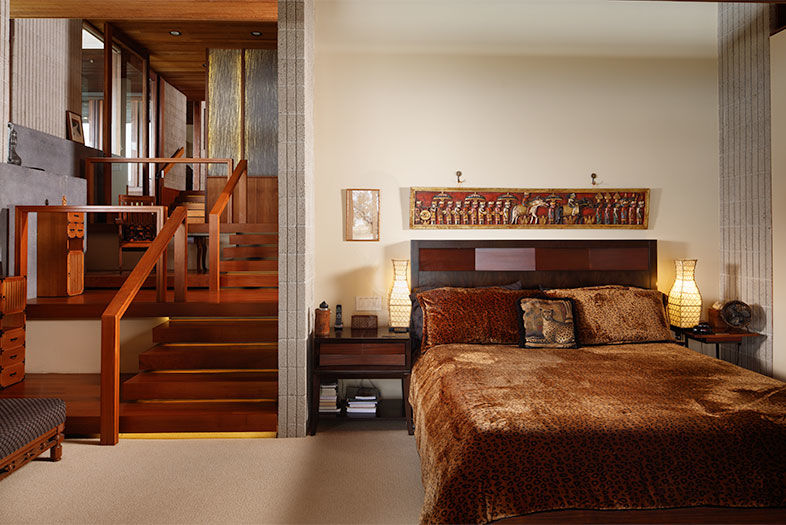 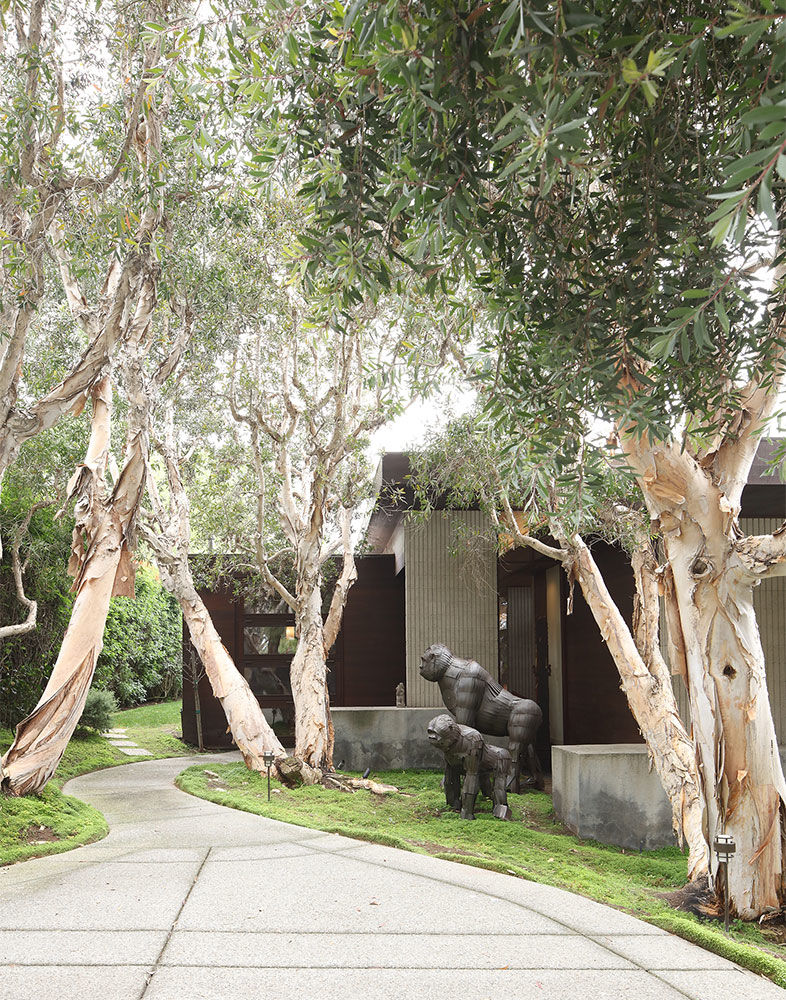 Walking through Bonnie and Rick’s Encinitas abode is kind of like circumnavigating the globe, 10 times over. It’s a trove of their world travels—collections include masks from Guatemala, Africa, and Indonesia, handwoven baskets from the Hupa Indian tribe, and shadow puppets from Bali. Nodding toward a hand-carved teak mural they carried back from their honeymoon in Bali 30-some years ago, Rick says, "That one was a substantial bit of our net worth at the time."

Much has changed since then—they bought and sold a 1,300-acre farm in New Zealand, they now have a second home in Vancouver, and they’re building on Guemes Island north of Puget Sound—but their wanderlust remains the same.

"We’ve been lucky that Rick’s business has been very successful," Bonnie says. Rick works in natural resources securities investing, while Bonnie manages his travel, from scheduling to packing bags. "Because of business travel, we stay in really nice hotels, but it’s not by choice. We’d rather be roughing it."

Together they’ve descended miles below the earth’s surface in a Zimbabwean gold mine, dodged grizzlies in Canada, hiked the Azores Islands, survived two small plane crashes (both minor pilot errors during takeoff), and set foot on six continents. But on her individual tally, Bonnie is up by one: She went with some friends to Antarctica a few years ago.

"We’d rather collect experiences than stuff," she says, a few days after returning from Japan’s Kumano KodÅ pilgrimage.

But the stuff adorning their home evokes those experiences, and Bonnie has carefully curated them into a gallery of the memories.

Almost every piece has a story behind it, which she’s ready to share the moment they catch her eye—a 100-pound Shona soapstone head that proved too much for a single gate agent to carry onto the plane back from South Africa; a painting she bought as a student in Pakistan, the trip that sealed her love for travel; a wooden sun she purchased in Mexico after she and Rick got engaged, to commemorate finally "settling down."

The couple has no kids, and they split their time between San Diego five months of the year, Vancouver for four months, and the rest on the road for business and personal travel.

"We were drawn to San Diego because it’s a border region," says Rick, noting that they both grew up in California. "We like places with diversity."

Bonnie had her eye on their Encinitas property for years before they moved in—she and Rick lived in a tract home on the other side of Batiquitos Lagoon. "I would be walking with my friend and joke, ‘That’s my house,’" she says. It was on the market for eight years before they opted to buy it in 2012. To restore it to its original glory, they stained the outside eight times, added lighting and handrails to the staircases, lit shelves strategically to showcase their treasures, refinished the teakwood floors, and stripped the wallpaper that once covered the concrete panels.

Ironically enough, the curb appeal is really in the back, where a sizable deck overlooks the lagoon and a pool below. A dozen steep steps lead up and inside. Between the main room and Bonnie’s office, where the aforementioned mask and basket collections reside, stands a wooden kinetic sculpture from Indonesia resembling a Ferris wheel. "It’s like a large toy; I love the whimsy of it," Bonnie says.

A Redwood Burl coffee table, a family heirloom from Bonnie’s side, hubs the main room, framed by an L-shaped couch and peacock-like swivel chairs in palmwood from the sustainability-minded Pacific Green, Bonnie’s favorite furniture maker. She had bar stools custom made to match in the elevated kitchen above.

Past the dining room are two identical guest rooms to the left and a TV room to the right, below which is the master bedroom. This is where Bonnie lets her affinity for animal prints fly, in the leopard bedding and the accents on more than 20 roller bags in their walk-in closet. Her house key, too, has a leopard print.

"I’m lucky enough to live in a place that’s really a reflection of my wife’s personality," Rick says. "She has a place and a purpose for everything. That amuses me."

But they both agree their stuff means much more than that.

"To be able to walk around the house and, even for a brief moment, relive a trip—it’s nice," Rick says.