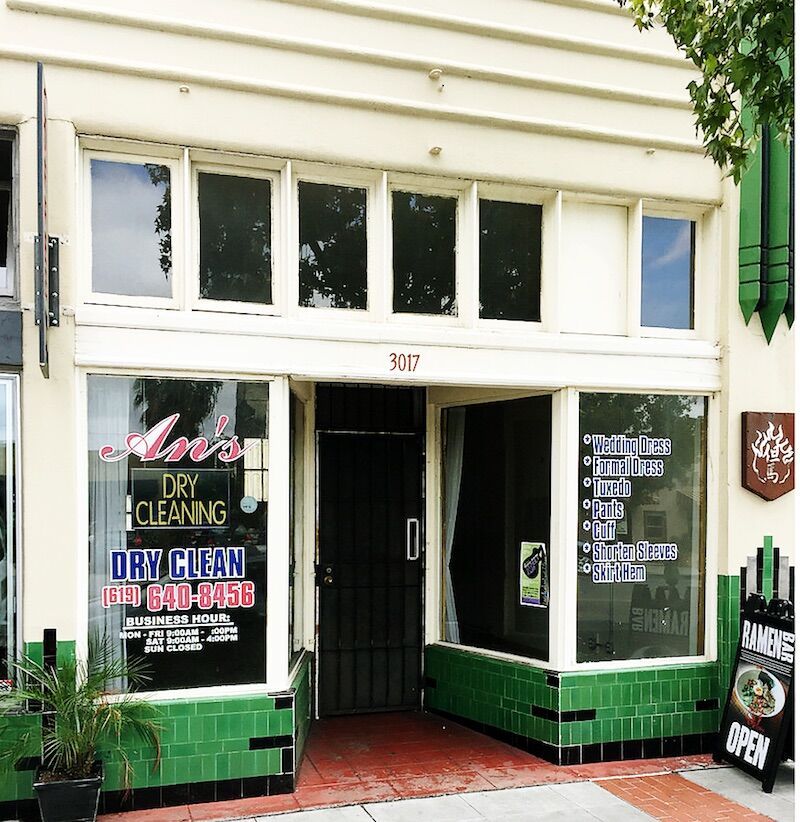 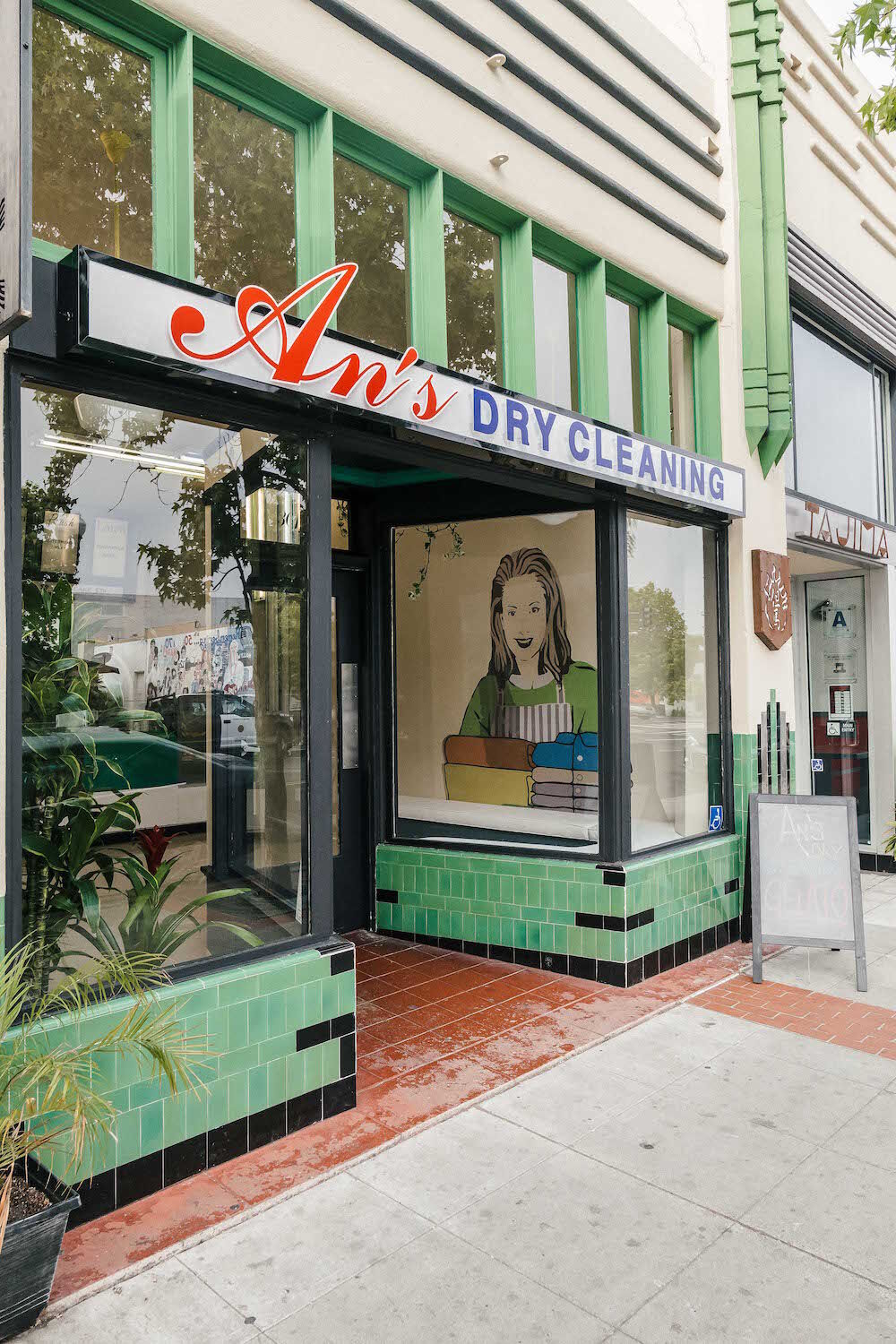 When Travis Bailey and Kris Warren first secured their space in North Park, their new gelato shop still didn’t have a name. The 1930s storefront had housed a dry cleaner for 12 years prior. As a joke, they suggested keeping the old name. But the more they thought about “An’s Dry Cleaning,” and the ways they could incorporate elements from the old business and the history of the art deco building into their new concept, the more that joke became a serious idea.

“Once we decided we were going to keep the name, it felt disingenuous to come in and start adding our own elements,” Bailey says. So with the help of their designer, Keenan Hartsten, the gelato guys embraced the history of their new home and kept as much intact from the original place as possible. It took some work, but the end result is the one we see today: a seamless blend of the past and present, all under one roof.

“On the exterior you can see the art deco style in the recessed entryway and the triangular design elements on the right,” Bailey says. They carried that influence inside the shop by adopting the same green and black into their color scheme, adding art-deco style wall lights, and revamping two hanging lights that were from the original An’s.

Return to the Fold

Inside you’ll find more nods to An’s. The gelato flavors are all named after fabrics, Hartsten modeled the tables after ironing boards, and some familiar clip art watches over the store. “We researched a lot of other dry cleaners for inspiration, and that graphic on the right interior wall is a popular motif in many of those businesses,” Warren says.

While the original An’s Dry Cleaning didn’t have an overhead sign (only a window decal), the guys wanted to preserve as much of the original logo as possible. “I think I spent three or four hours trying to find that specific font used for the A in An’s,” Warren says. Once they found the font—Commercial Script—they also used the same shades of red and blue in their new logo.

“Those seven transom windows above the entrance are original and were a source of inspiration for Keenan,” Bailey says. “It also inspired our seven-flavor menu.” The seven menu panels above the register match the size and shape of the transom windows, each showing one of the day’s rotating gelato flavors.