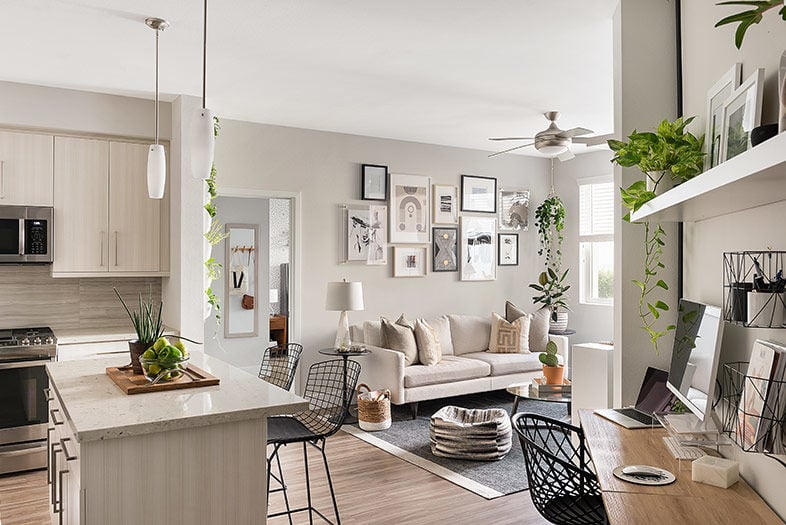 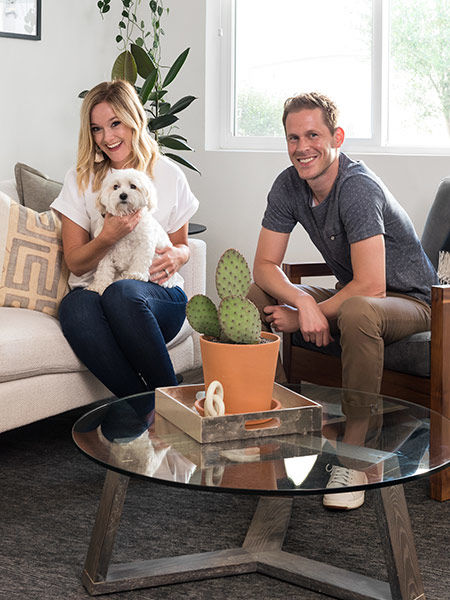 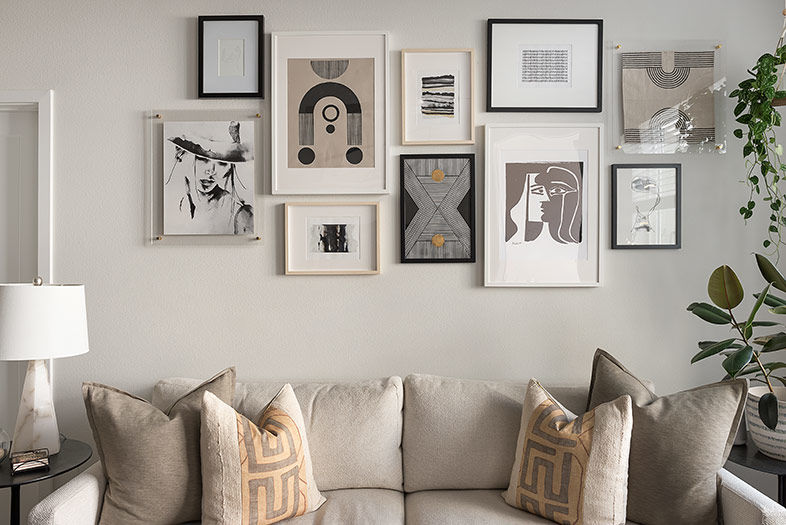 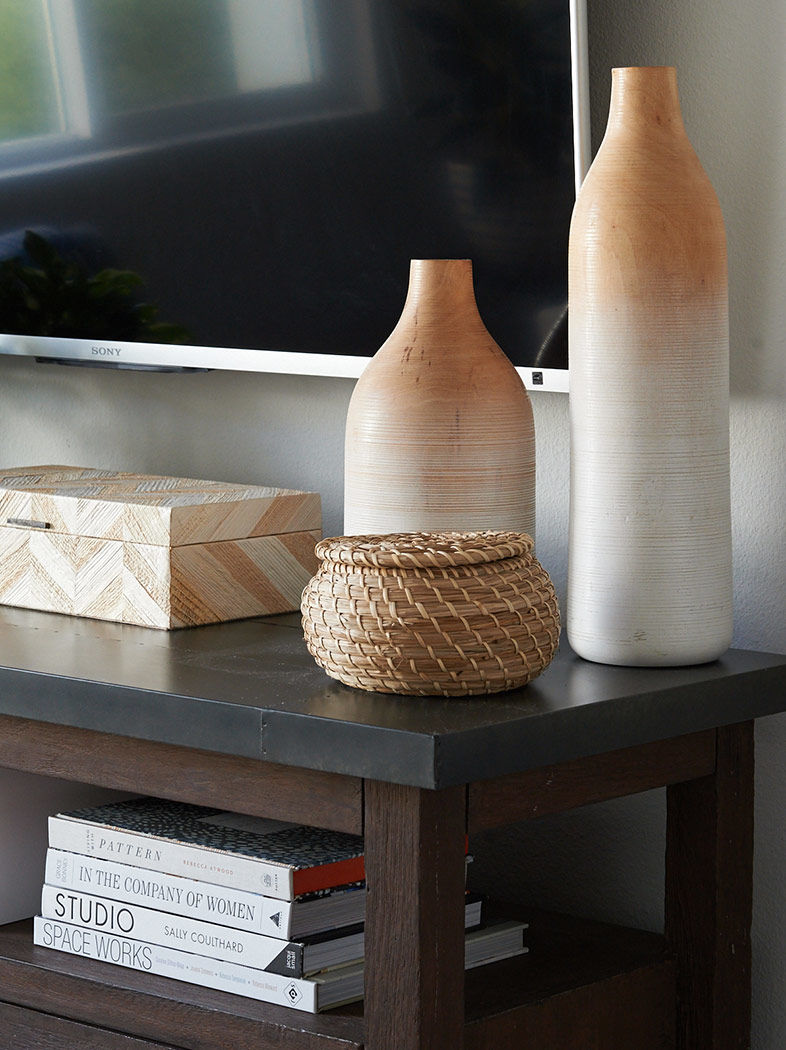 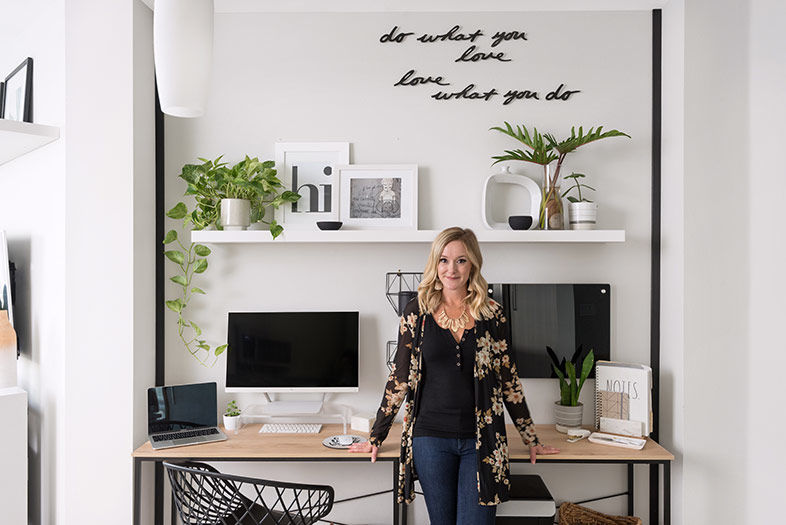 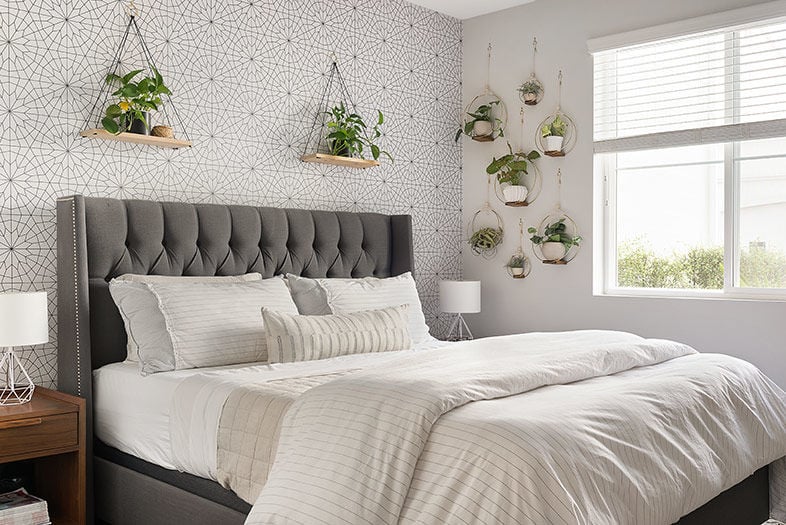 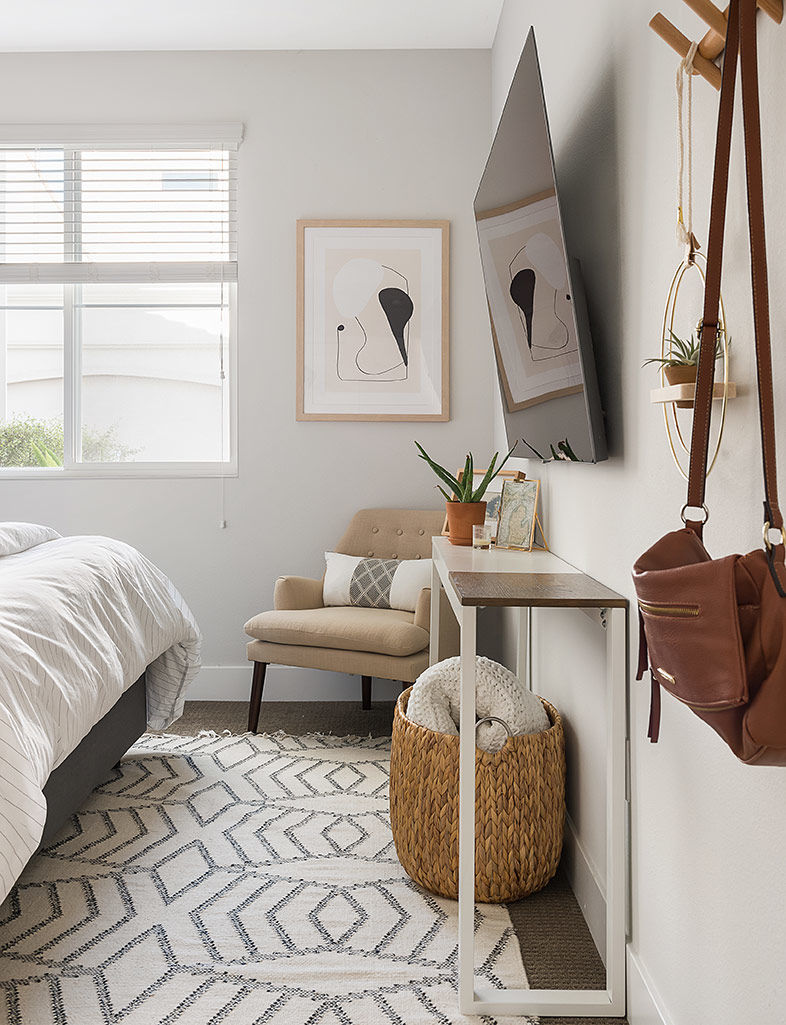 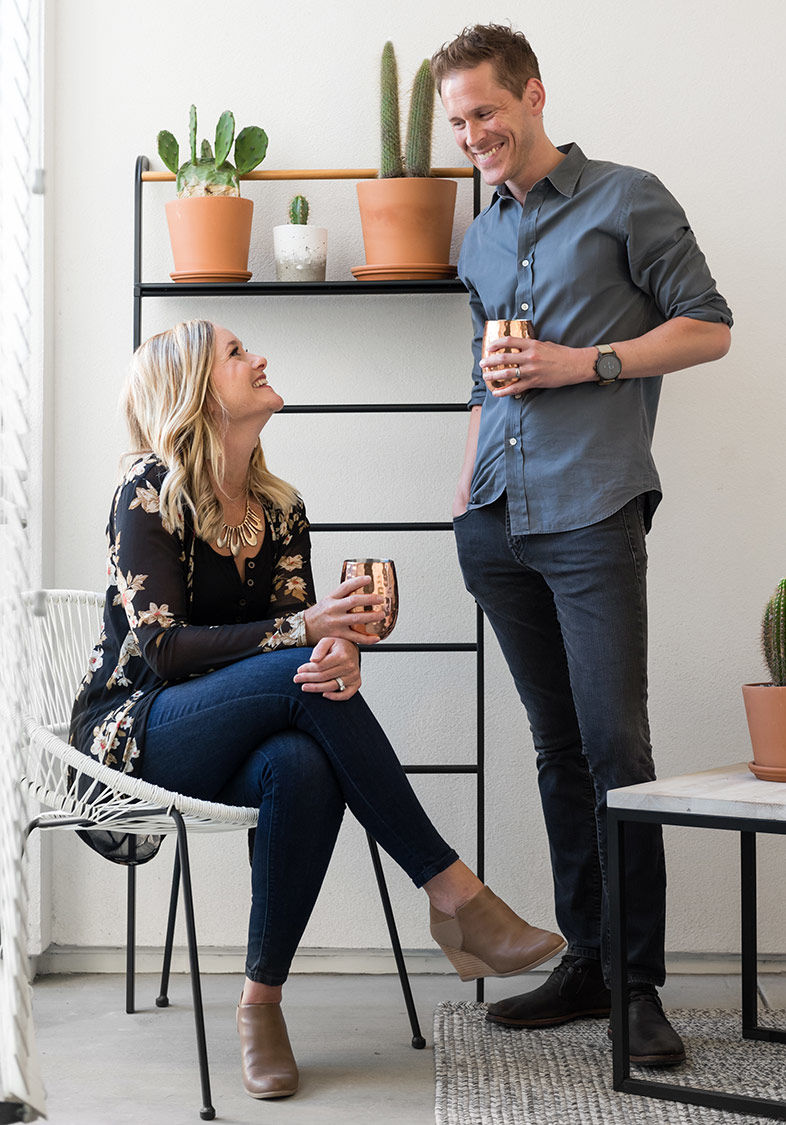 "It always felt like the right step, what you’re supposed to do," Jennifer says. "You date, you get married, you buy the house. But then you have stressful jobs to afford the house—we were commuting in two hours of traffic a day, and I was traveling constantly. We just had this moment where we were like, ‘Why are we killing ourselves? This isn’t what we are supposed to do.’"

Ryan quit his engineering job at a company of more than 30,000 employees to work at a startup with just 15. Then they sold their home and the majority of their furnishings to move into a ground-floor unit in a luxury apartment complex in Carmel Valley.

"Our parents thought we were nuts," Jennifer says.

Next it was her turn to take a leap, quitting her branding and marketing gig to pursue her passion project as an interior designer and, eventually, launch a line of plant hangers under the name Braid & Wood.

"They’re handmade right here in San Diego," she says, tapping the kitchen island where she assembles each piece before sending it to one of 70 retailers across the US (including Landmark Plant Co., Small Batch, and Craftsmosphere locally).

Naturally, the decor throughout the apartment is seamless. An entire wall in the master bedroom is dedicated to the plant hangers. And more fill the open-concept living room and kitchen which, sadly, have just a single window for a natural light source—a drawback of apartment living.

"When we moved in, we were like, ‘Six months, max,’" Jennifer says. "I mean, the whole shift was about bettering our lifestyle. Then we got settled."

With a little smirk, Ryan adds, "We just signed for another year lease." Turns out "there’s a lot of upsides to a downsize," as he puts it.

To the Braidwoods, the amenities—an on-site pool, gym, barbecue, even restaurants, bars, and a Trader Joe’s in walking distance—all outweigh the challenges of living in a smaller space. The key to outfitting an apartment is to be creative.

It helps that Jennifer had several workarounds up her sleeve. For starters, she used a neutral color scheme, bearing in mind that darker furnishings make a space feel smaller, and lighter colors can make up somewhat for a lack of natural light. Then she incorporated black and gray accents for a modern edge.

Considering the only new pieces of furniture they bought for the move were the bar stools and Jennifer’s desk, the apartment is really a pint-size version of their old home—and a reflection of their true downsize.

"We sold so much stuff," Jennifer says. "The biggest challenge was making everything purposeful. Living in such a small space, I need every inch of the 1,000 square feet to be functional and not feel like we’re cramped."

That began with repurposing some of their furniture. For example, the "entertainment center" in the living room is actually a buffet table, just narrow enough to not obstruct the entryway. They used the same strategy for Jennifer’s desk, which is two console tables.

Then it was all about alleviating the clutter.

"Be conscious of storage space," she says. "People don’t think, ‘Where am I going to put my vacuum cleaner and my stepladder?’" (They have plenty of closet space in their two-bedroom and additional storage in the complex.)

The couple’s big on disguising everyday items. Atop that entertainment center, for instance, a woven basket holds their keys, a decorative box their dog leashes and TV remotes.

"You have to have all of that crap, but when you’re in a smaller space, the more you have out, the smaller it feels," Jennifer says. "Utilize decorative things to hide everyday items. It feels more edited, in a way."

For a final pointer on small-space living, Jennifer says to put your own stamp on it. "Peel-and-stick wallpaper is my best friend," she jokes, nodding to the accent wall behind their bed. She’s also covered up the carpet with an area rug and soon plans to replace the ceiling fan in her living room with a light fixture.

"People think of apartments as temporary," she says. "But I believe if you infuse wherever you live with what you love—joyful things like pictures, photography, and your favorite artists—it’s going make you feel better when you walk in."

And Ryan finishes, "It’s going to feel like home."