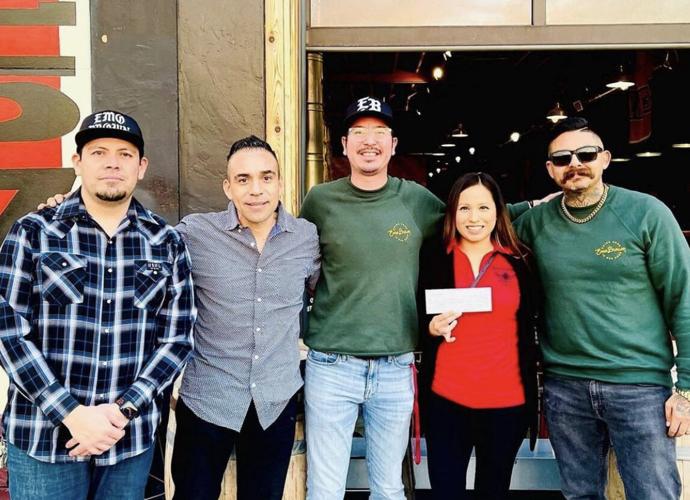 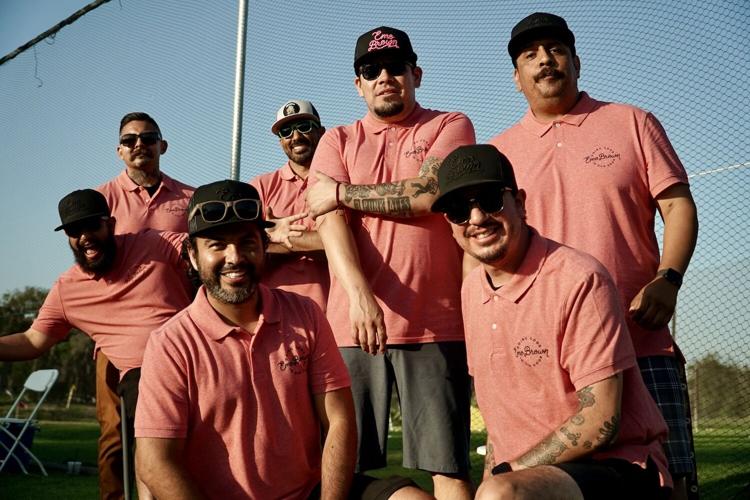 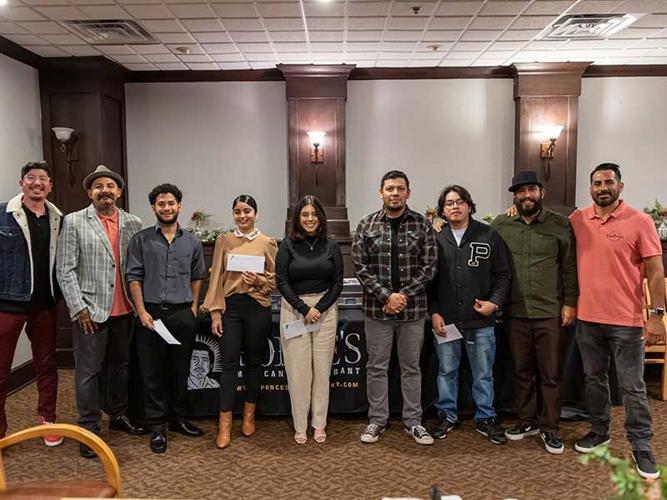 At its start, the Emo Brown Podcast was about nothing. “The Mexican Seinfeld,” host Steve Garcia jokes. Garcia, who launched the podcast in 2018, says initial talking points like craft beer, or ranking the best burritos in South Bay and other “nonsense” slowly but surely built a loyal audience of listeners who—like the hosts—ate, worked, played, and lived in Chula Vista.

The pandemic—with its uncertainty, fear and shutdowns—crystallized the host’s attention towards supporting nearby small businesses using the podcast as a megaphone. The show started inviting local business owners, politicians, and anyone with a desire to highlight and promote their neighborhood, which turned out to be a lot of people, Garcia says.

“I don’t know how many cities have residents who bang their city logo on their body,” Garcia says. “As much as… Chula Vistonians? Chula Vistans? Residents of Chula Vista?”

Garcia, along with Emo Brown colleagues Justin Lipford and Cesar Torres, collectively explode into laughter trying to pinpoint a moniker, a jovial sidebar that seems to happen every few minutes during our chat inside the brand-new Emo Brown headquarters. The industrial suite in southwest Chula Vista is a huge investment in the future of the Emo empire as the new home for The Emo Brown Foundation, a 501(c)(3) nonprofit that spawned from the original podcast with a goal of supporting South Bay communities through financial contributions, cleanup projects, and scholarship opportunities.

So how does a podcast turn into a nonprofit? It’s rooted in love and pride of South Bay, says Lipford, vice president of fundraising for the Foundation. However, he explains, it’s also rooted in need and their ability to minimize the red tape of philanthropy.

“I’ve always found that most people are not aware of the day-to-day issues that happen in these communities,” he says. “If they became aware of it, they’d be stoked to help out.” That’s why Emo Brown Foundation’s goal of providing tangible, immediate assistance remains laser-focused outside their front door.

“When you give to something like the Red Cross, that’s great, but you don’t know where it’s allocated,” says Garcia. “We’re on a micro-level. We get to hang out with the people we give scholarships to.

They started awarding scholarships to students earlier this year not only for financial support, but also to give recipients access into their network of experts like lawyers, educators, real estate agents, and business owners. Investing in student's futures, Lipford says, is a way to invest in the community for the long-term.

Of course, philanthropic efforts take more than time and energy—they take a lot of money. By formally filing as a nonprofit and signing a lease on their new warehouse-slash-office, Emo Brown Foundation hopes more donors will become aware of the needs they address on a day-to-day basis, like buying sports jerseys for a local school, funding elementary school kids’ trips to camp, or partnering with the Chula Vista Fire Department to provide bicycles for kids during the holidays.

“We need more financial partners,” Lipford says. “We know our community, we know the needs of our community. We know that the more we’re able to give, the more the need is going to come to us. We want people to be like ‘We got you. We believe in what you’re doing, we know that you’re going to empower your community in ways that no one can. Here you go, go get it done.’”

“We have grand visions of what this could become,” he says.

Their next and most ambitious fundraiser to date is the second annual Emo Brown Foundation Golf Tournament on August 26 at the Chula Vista Golf Course. Last year, they raised more than $25,000. This year, they’re aiming much higher. Registration is still open, and Torres encourages players of all levels to sign up.

“It isn’t fancy schmancy,” he promises. “We get such an eclectic mix of people. People that have never stepped on a golf course before to professional golfers. It’s so cool, we just created this unique and rare environment. It’s a party.”

Not a golfer? Direct donations are always open on their website. Not only are donations tax deductible, Garcia promises giving is an instantaneous morale boost.

“Giving back and working in the community is what drives me,” he says. “It feels good to do good.”