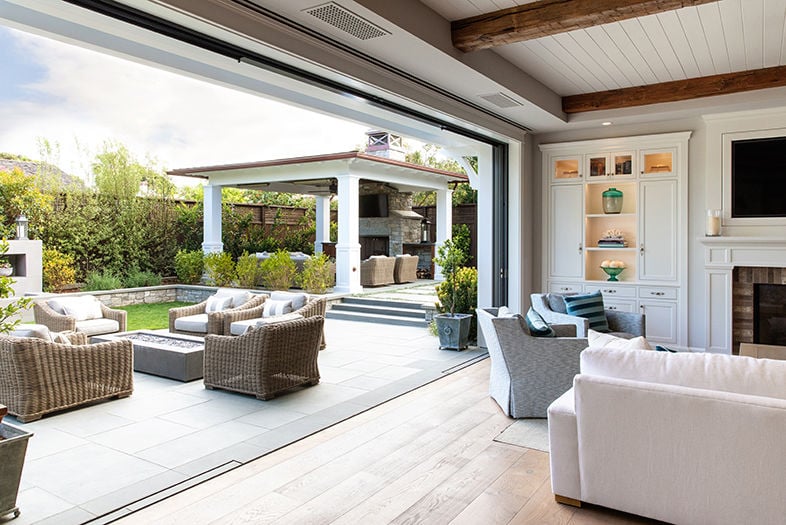 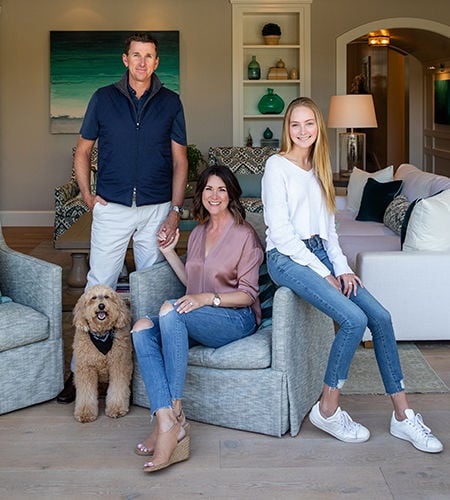 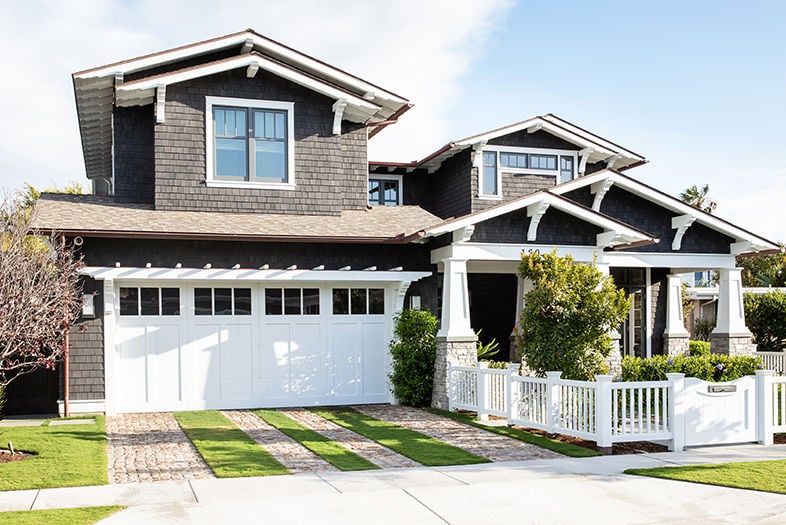 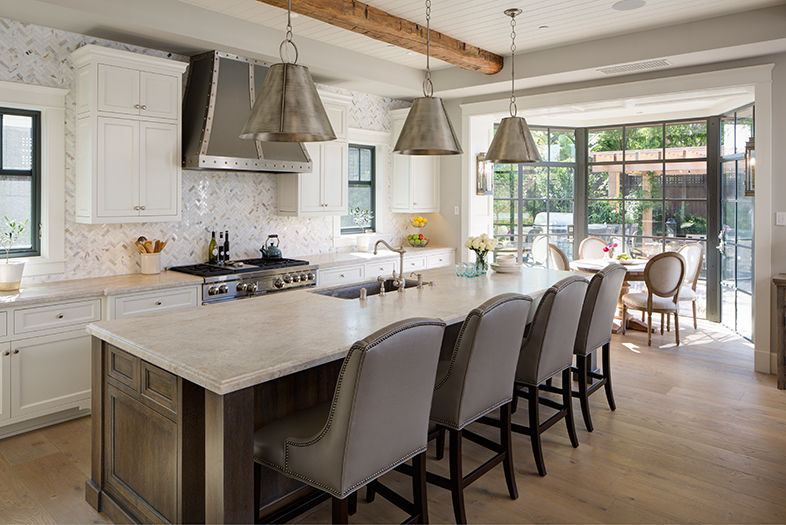 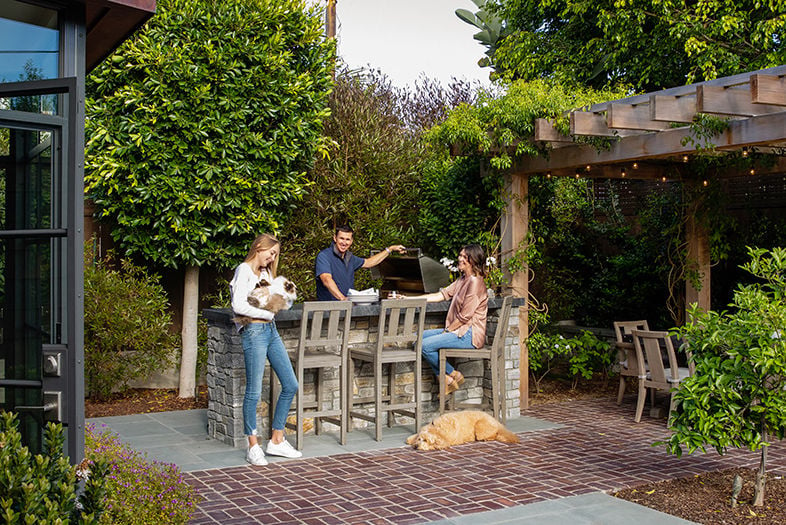 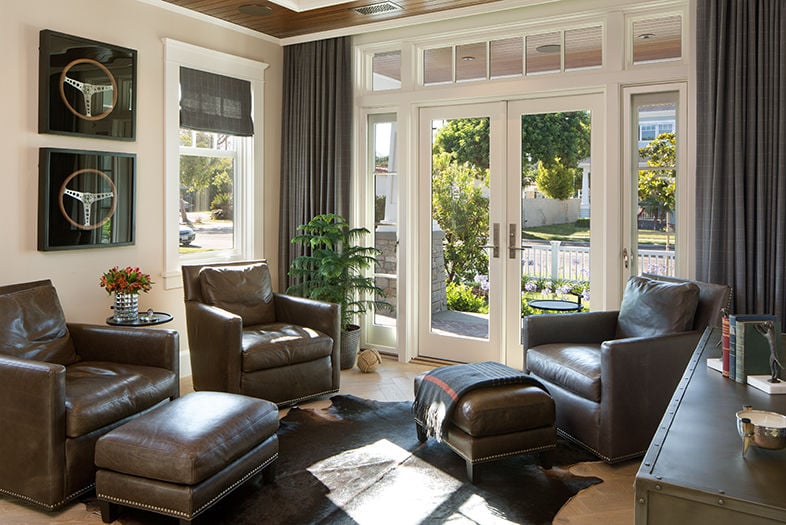 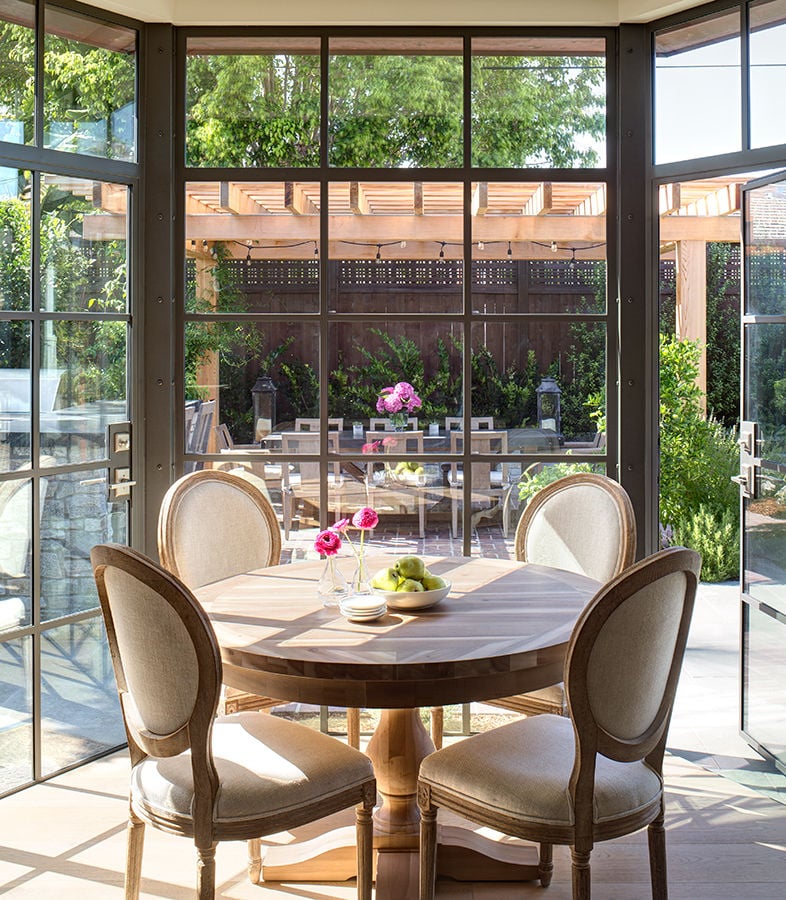 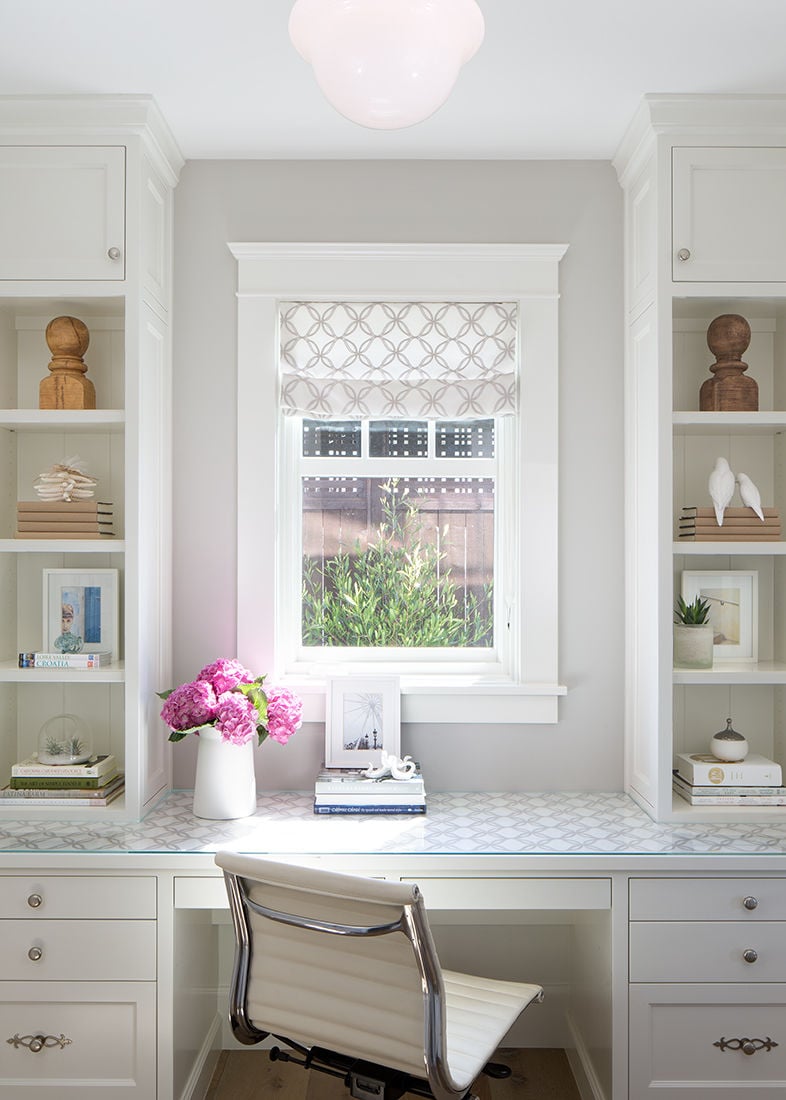 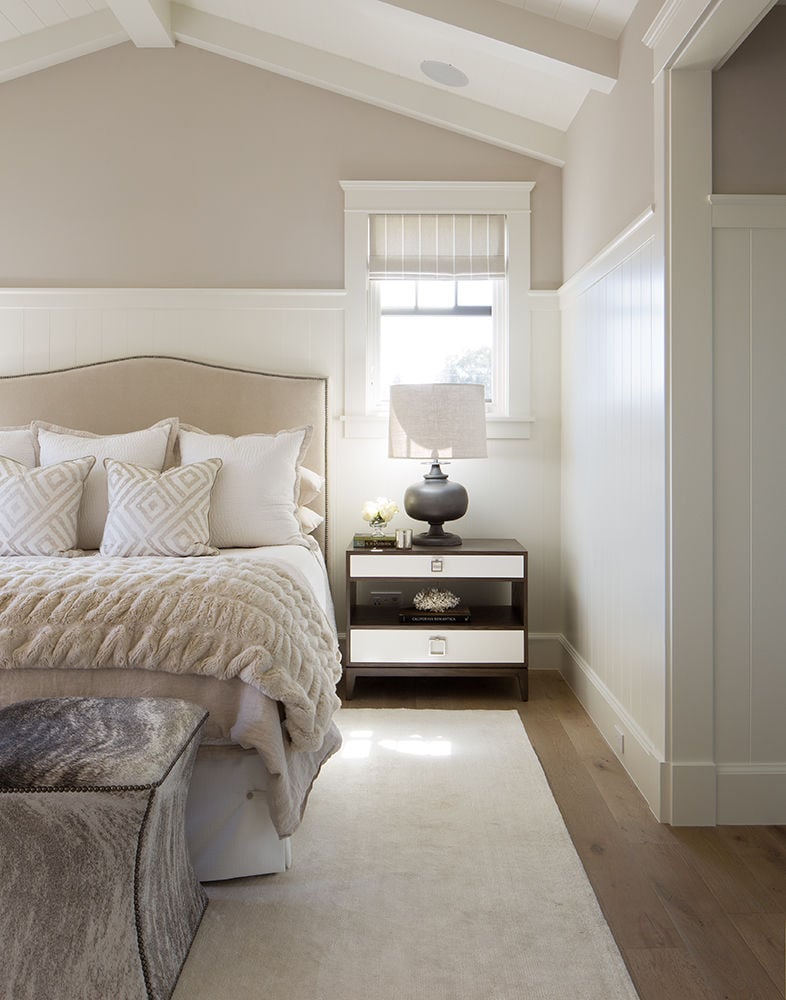 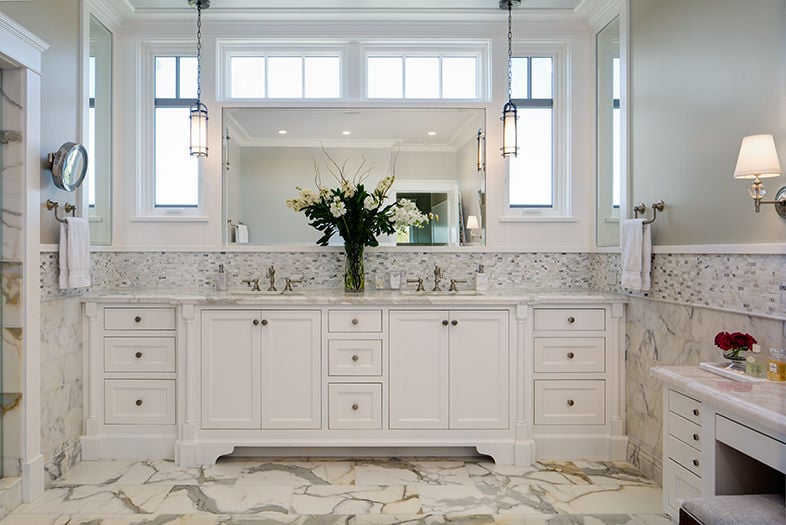 When Jon enlisted Misty as his real estate agent, he was entering semi-retirement, hoping to purchase a home on Montana’s Whitefish Lake, and all she expected was a little commission.

They closed on something even better: Jon and Misty wed and built a lakeside home of their own. Later they ventured back to Jon’s SoCal stomping grounds to build from the ground up again—this time in Coronado.

"The reason we love Coronado is it’s so close to everything. You feel like you’re in a bubble, but in 10 minutes, we can be downtown for a Padres game or go to dinner in Little Italy," says Misty, now semi-retired herself. "It had the small-town feel we were looking for in terms of making the transition from Montana."

From that first step through the front door, the heart of the home is clear. The first floor is anchored by the great room, with massive pocket doors that extend the spacious interior outward.

"We wanted to be able to use the house casually every day but then have the flexibility to open it up and have significant space for family and friends," Misty says. Their family now includes Misty’s daughter, dog, and cat, and Jon has three grown children in Coronado. "We knew we needed to make use of the outdoors."

As for the style, the couple was quick to adjust to their seaside surroundings.

"In Montana, we had more of a rustic home," Misty says, jesting, "It’s sort of nice not to look at antlers on the walls."

That’s thanks to interior designer Kellie McCormick, principal of McCormick & Wright, who nailed the couple’s wishes for a sophisticated-meets-coastal style.

"It’s too sophisticated to be called a bungalow," she says.

Clean white wainscoting, cabinetry, and other paneling elevate the space. In several places, detailing masks appliances into furniture—the fridge, for instance, evokes an armoire, and nearly all of the TVs are mounted into wooden frames.

The bathrooms and four bedrooms lean stark, too, outfitted in white textiles, bedding, and marble. Jon’s home office—he’s back to his post at Pacific Steel Group—is the exception, furnished with leather chairs, a dark hide rug, and a rich mahogany tongue-and-groove ceiling.

Misty admits, "I was sort of afraid of white; I always worried about it not feeling warm and cozy."

But McCormick had a fix for the concern, adding character by mixing bricks, blue stone, and cedar shingles on the exterior and affixing reclaimed timber beams to the great room’s white ceiling, further contrasting with the white oak floor.

Still, the design process wasn’t without some close calls.

The couple toyed with the idea of putting a pool in the backyard, but wound up with a much smaller water element instead—a fountain—and plenty more outdoor space to work with.

Serving as their outdoor living room, the backyard is broken into a few areas for entertaining. A dining table canopied by a wooden pergola neighbors the barbecue and bar, and there are two areas with fire pits to choose from for lounging. Jon often takes his morning coffee at the one with a TV and awning.

For Misty, living here feels like a perpetual vacation. "Every day we have the doors open. It’s an unbelievably populated resort town in certain seasons, but for us, it’s a small town. It’s an incredible lifestyle in Coronado."