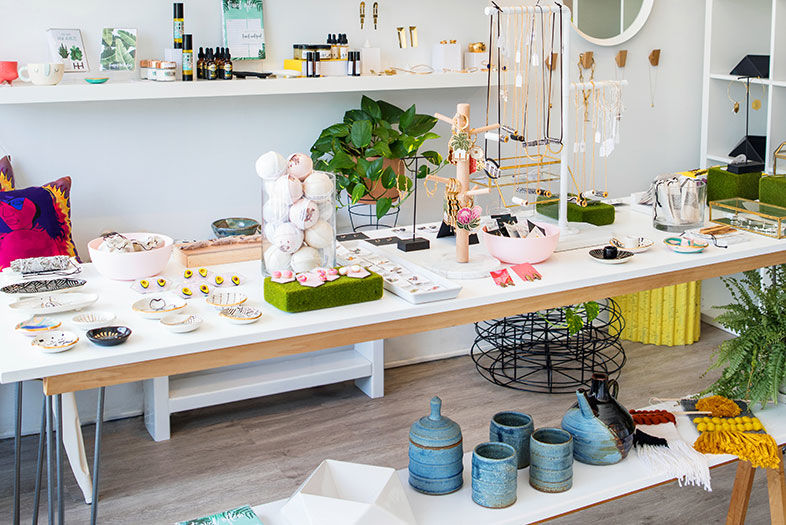 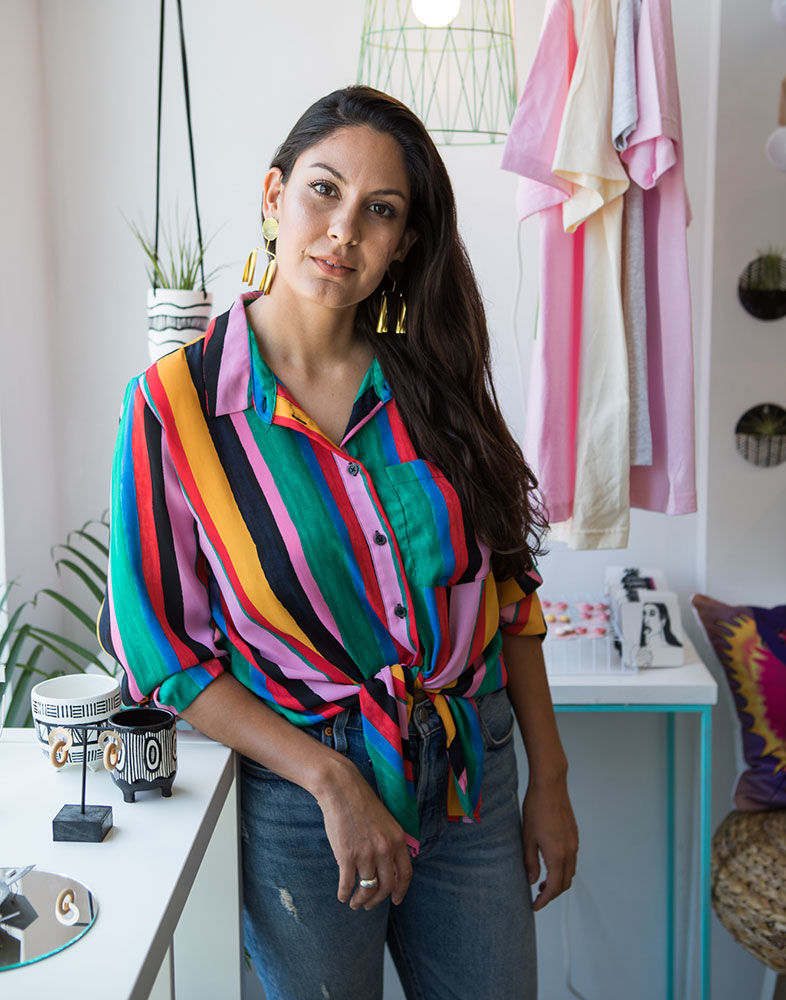 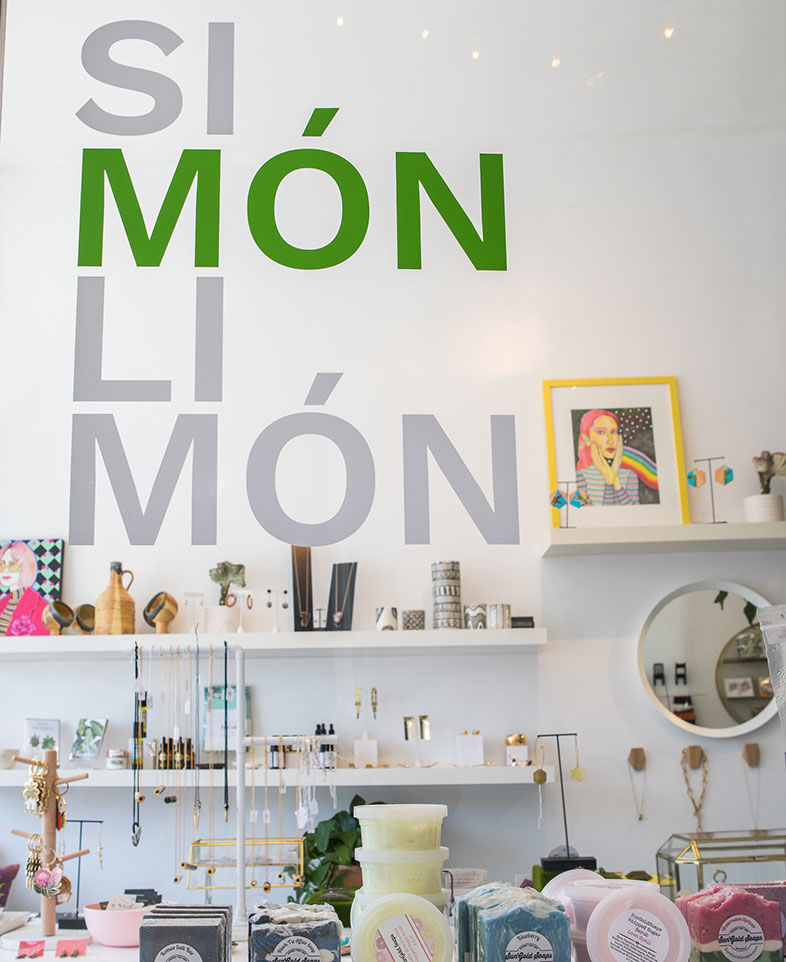 Blink and you really might miss Alexandra Perez Demma’s "shoebox of a shop"—her words, not ours—on Barrio Logan’s art drag.

But if a seemingly idle Tuesday afternoon is any indication, there’s plenty of interest in her shelves of chic and easy-grab giftables at Simón Limón.

"I love the name," says one shopper.

"It’s kind of like ‘okie dokie’ in Spanish," explains Perez Demma, who opened the boutique in August. "I wanted something you could say in both Spanish and English and that went with the neighborhood: very Hispanic."

Originally from Cabo San Lucas, Perez Demma moved to San Diego to study jewelry and metalsmithing at San Diego State University. After a stint of apprenticing jewelers in Europe on a Windgate Fellowship—a $15,000 grant awarded to just 10 graduates in the United States who excel in craftmaking—she returned to launch her own line, Alexandra Scarlett Jewelry, which she’s designed out of a private studio in Barrio Logan for the past four years.

"I didn’t even think about having a retail spot until I came here," she says—and until she saw a rare rental listing for a studio with a window. "I was like, I’d better get in now."

She opened her boutique within a month, curating the 180-square-foot space exclusively with goods handmade by independent makers in San Diego and Tijuana.

In addition to her own line—which she now designs from an open workstation in the store—Simón Limón carries local brands like SunGold Soaps, Paper Anchor Co. stationery, One Bright Morning trinkets, and Nance Handcrafted Jewelry.

From Tijuana she’s brought in planters by Fabrico, textiles by Thread, and ceramics by Monica Giselle, to name a few.

It’s just the beginning, she says, but she hopes to add more artists from across the border and to launch a monthly workshop led by them and others.

"We’re all just artists trying to make it," Perez Demma says. "People from Tijuana, they’re our neighbors, too. Let’s all help each other."