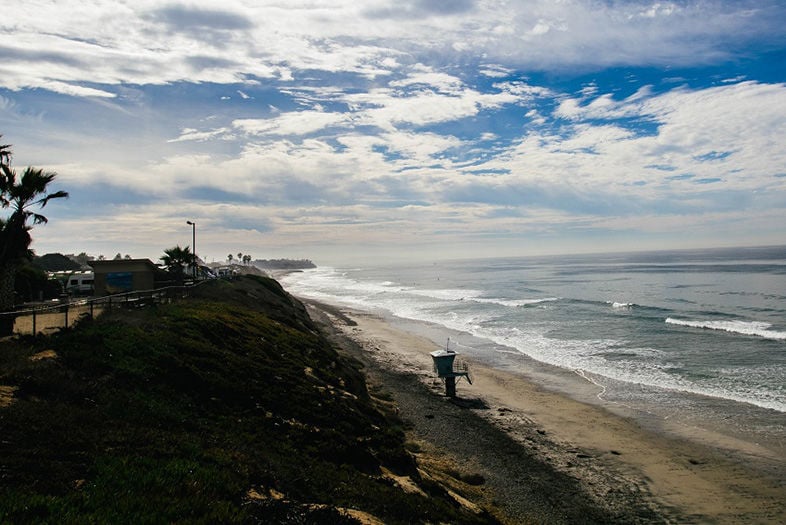 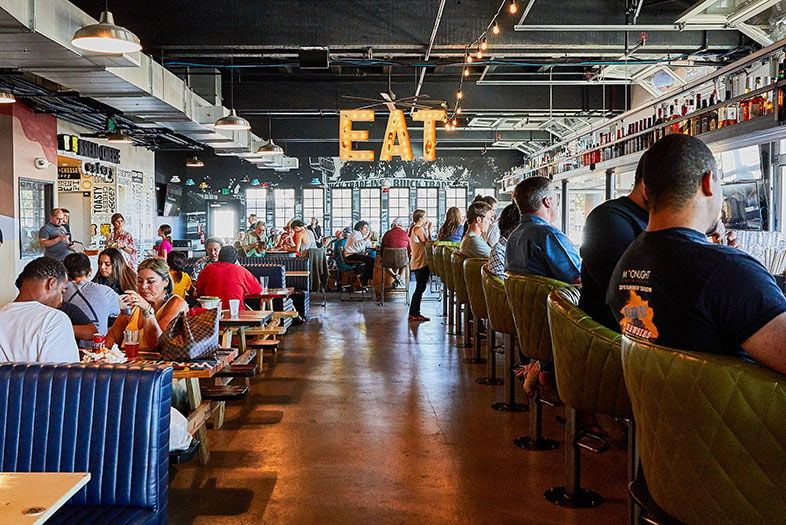 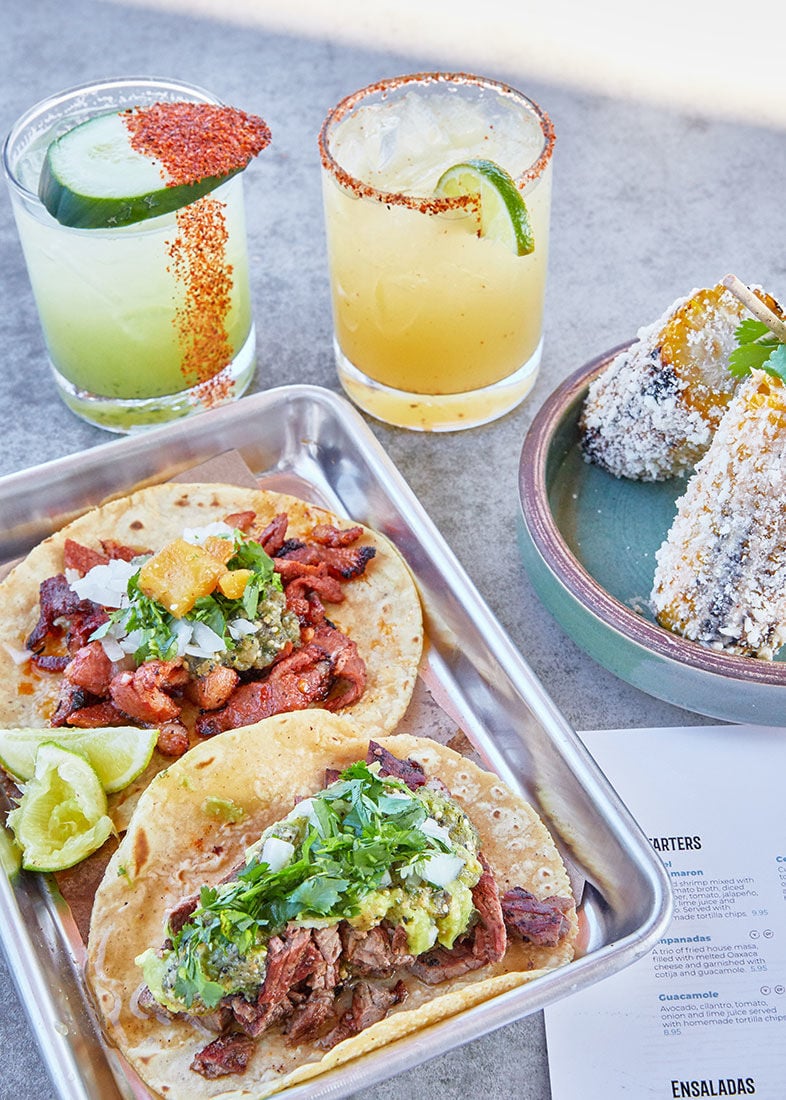 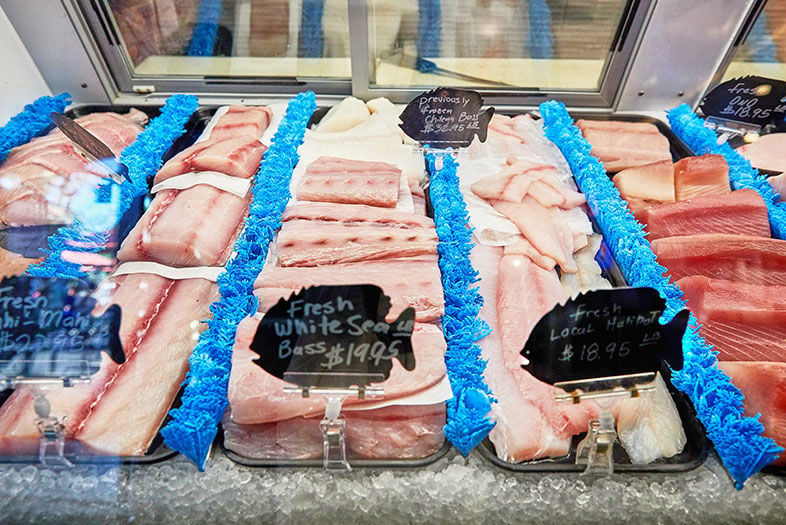 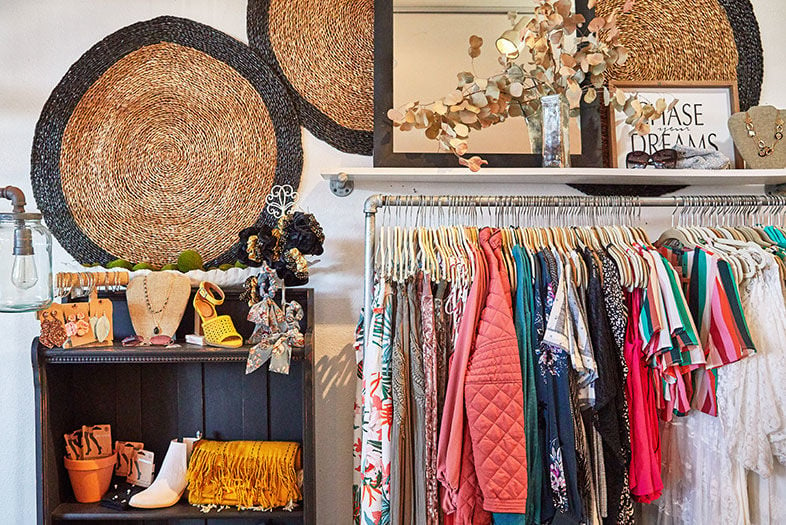 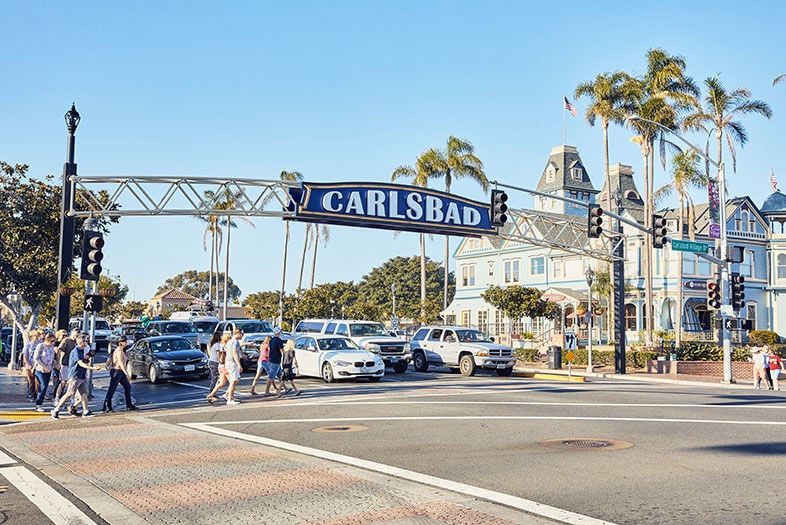 The iconic windmill on Palomar Airport Road still turns, having been transformed from a TGI Fridays into the new bustling Windmill Food Hall last fall. The 12,000-square-foot hall is anchored by a full bar and large dog-friendly patio, and has 14 vendors from the Convoy area and local farmers’ markets. There’s Korean fried chicken from Cross Street Chicken and Beer, Thai rolled ice cream from Bing Haus, the second outpost for Carlsbad’s mobster-themed Notorious Burgers, and coffee from Mesteeso Brazilian Coffee Co.

Over in Bressi Ranch, Casero Taqueria brought refined cocktails and modern Mexican food to the neighborhood, and it recently shifted from a fast-casual walk-up spot to full table service. Try the birria tacos made with braised goat and the Calafia, a cocktail with bacanora—a cousin of tequila and mezcal that was illegal until the ’90s—while you relax on the huge terrace decorated with lounge chairs and cacti. If you’ve got several mouths to feed, they serve carnitas, carne asada, and al pastor in three-pound family-style portions with rice and beans.

It’s only natural that a seaside town would have good seafood joints, and Thai One On sounds like an unexpected spot for it: Inside the Thai restaurant is Too Sushi, an eight-seat bar run by Wrench & Rodent alum Aaron Hahn. They serve fish flown in from Japan’s famed Tsukiji fish market and offer an omakase (chef’s choice) experience nightly.

Pelly’s Fish Market & Café is an oldie but goodie. For the past 25 years, they’ve been making fresh clam chowder, lobster tacos, and chargrilled fish and seafood plates. Entrées of prized fillets of swordfish, mahimahi, and yellowtail come with rice and a salad, and will set you back less than $20.

The area might be packed with suburban malls, but there are still plenty of locally owned gems to be found. The Succulent Café is a coffee-shop-meets-garden with an oasis of beautifully arranged plant displays and a variety of succulents for sale. Retail Therapy Boutique is stocked with on-trend women’s clothing, jewelry, and accessories, and has a friendly atmosphere along with inclusive sizing. The adorably named Uptown Cheapskate is a treasure trove for those who love hunting in thrift stores, and Wysh boutique has whimsical home goods and decor.

It’s still too cold for a day in the ocean, and the tulips at The Flower Fields haven’t bloomed yet, but the winter months bring another seasonal attraction to Carlsbad: strawberries. At Carlsbad Strawberry Company, a 25-acre farm off Cannon Road that’s been owned by the same family for four generations, you can pick your own strawberries right off the vine or buy them by the basket for $6.

Wild peacocks roam the serene grounds of Leo Carrillo Ranch Historic Park, the former working ranch and retreat of the eponymous Hollywood actor. It’s now a state park and a popular site for weddings, and it’s worth stopping in for a leisurely stroll.

Speakeasies have been all the rage over the past decade, but The Charles Kenneth is the real deal: It’s a revival of an actual speakeasy that operated inside the Twin Inns during Prohibition. Owned by local chef Rob Ruiz, it has antique mirrors and preserved light fixtures, and only serves up strong cocktails (there’s no beer or wine on the menu). Ruiz tries to keep the atmosphere old-fashioned, too, with a list of house rules. Instagrammers take note: Flash photography isn’t welcome here, and men are asked to not approach women—patrons are encouraged to ask the bartender to make introductions.