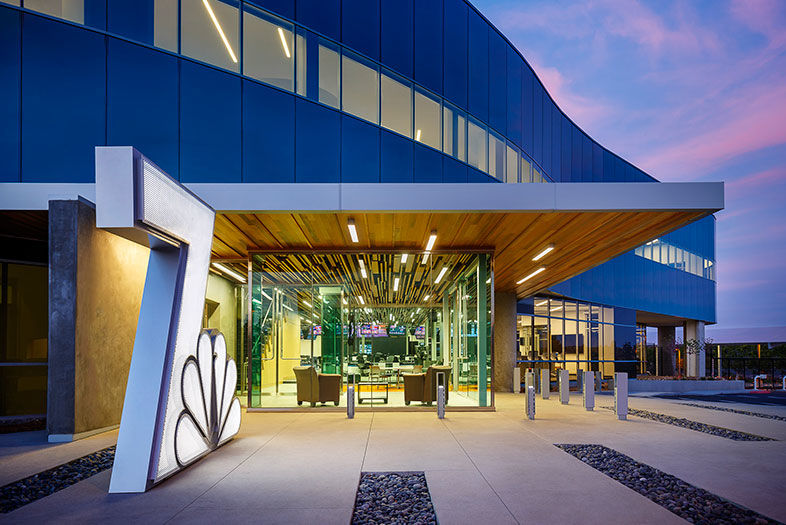 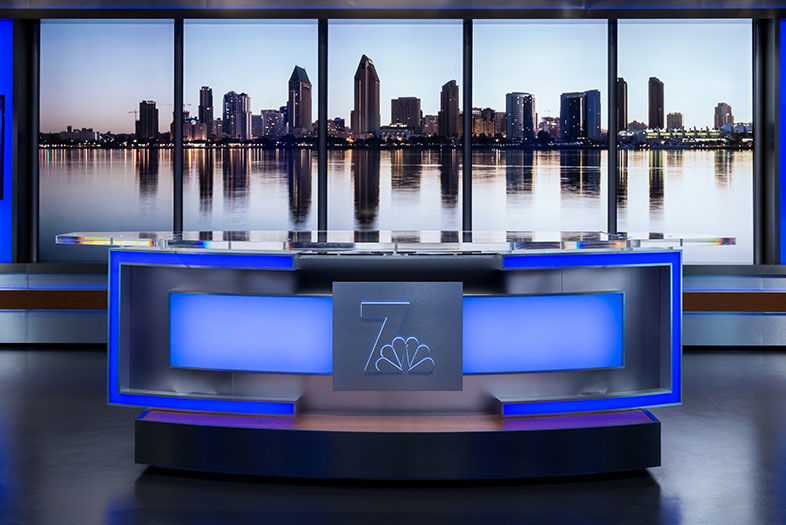 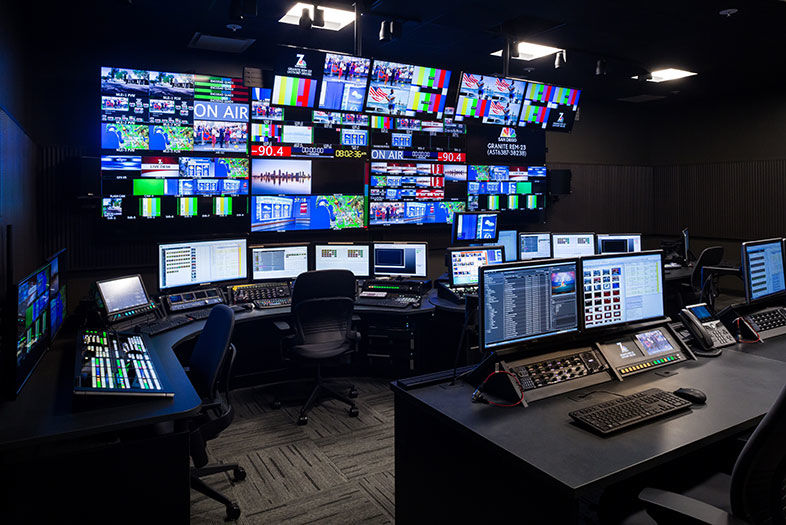 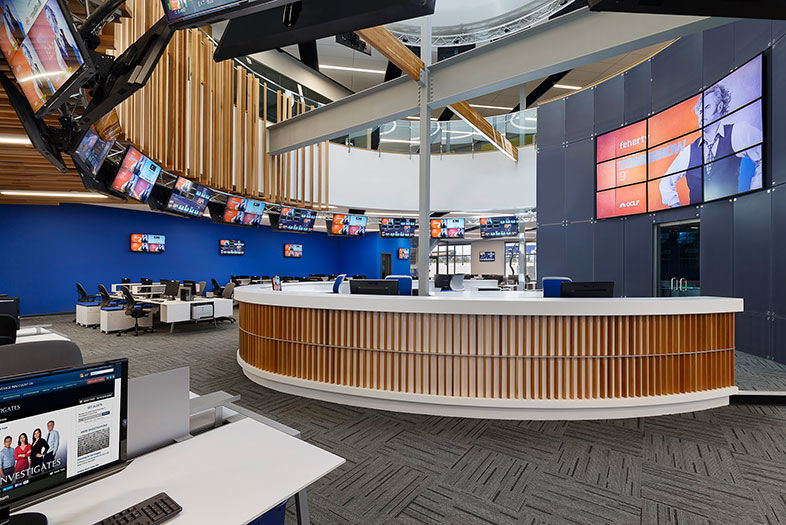 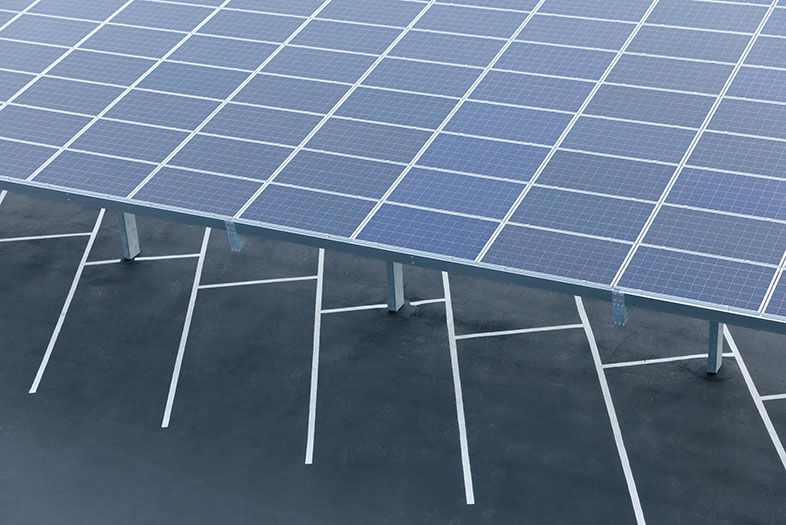 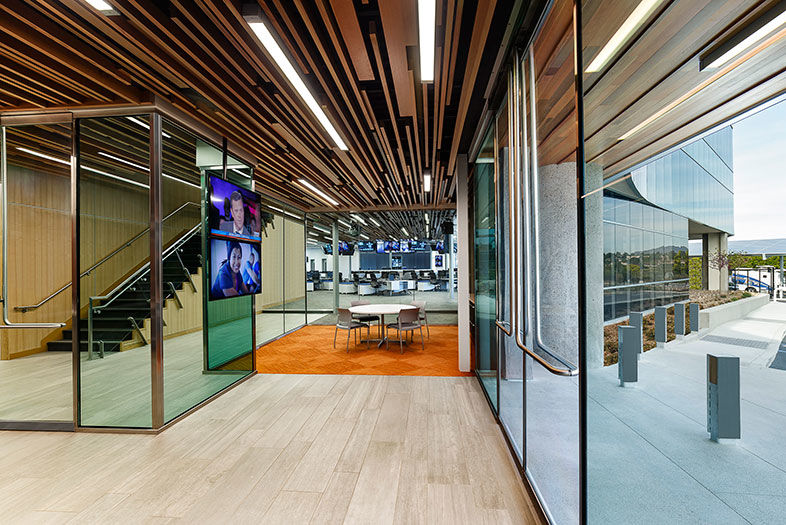 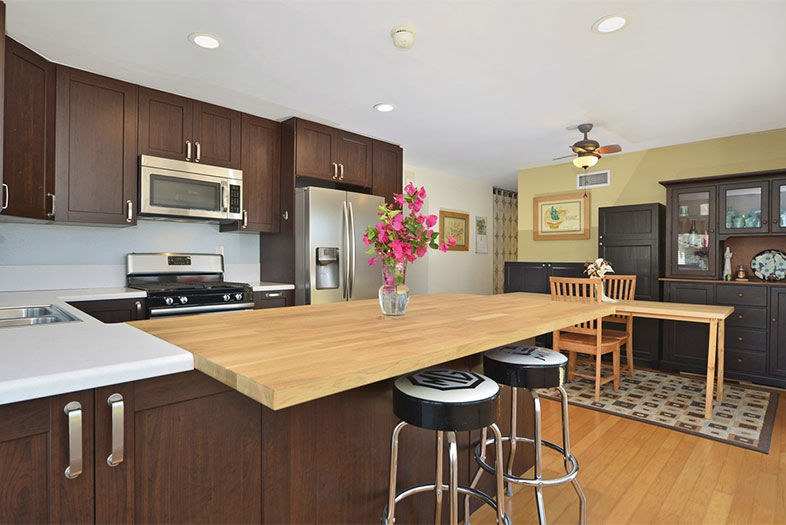 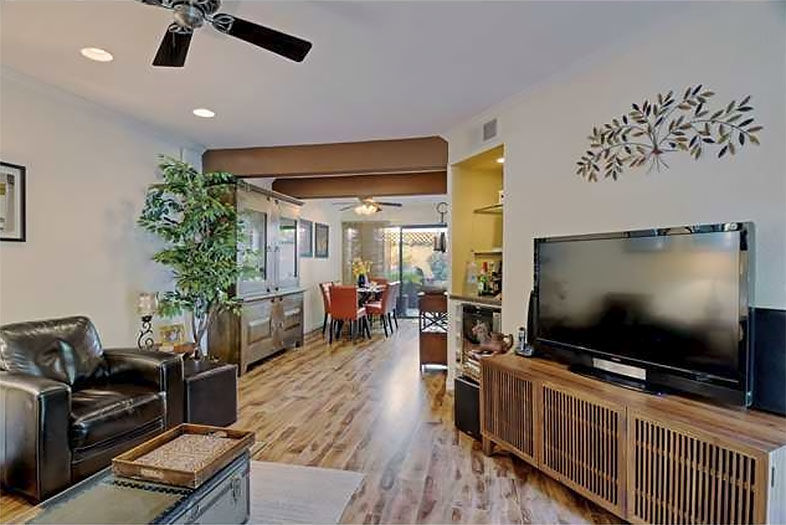 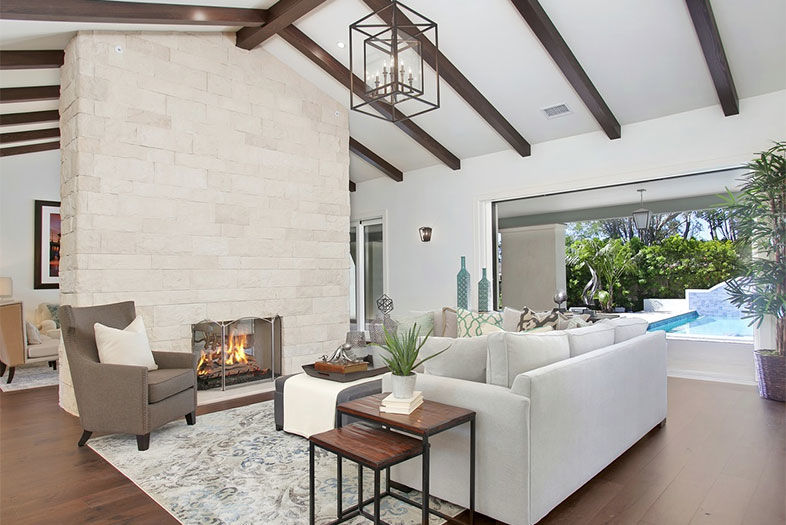 Earlier this month, NBC 7 left its downtown high-rise for a new 52,000-square-foot newsroom in Kearny Mesa that’s eco-friendly, innovative, and high-tech. The station has been broadcasting from its new home for a couple of weeks now, and held the official ribbon cutting on Wednesday. We went behind the scenes and want to share these cool things about the landmark newsroom:

1. NBC 7 is the only station in San Diego with a 4K video wall

The studio’s 4K video wall has four times the resolution of a high-definition screen.

Anchors and reporters now have a brand-new studio with a 4K video wall in the background that can display videos and images in a multitude of layouts during a newscast. "4K" refers to pixels per square inch and resolution, and is "ultra high definition": An HD screen has 1,080 pixels per square inch, but a 4K screen is four times more dense. The station says it’s the next level of broadcasting, and that to their knowledge, NBC 7 is the only outlet in Southern California using a 4K wall for news production.

2. The station’s tech director can control the building from his phone

The control room inside the studio.

Dave MacKinnon, NBC 7’s director of technology and operations, has a "master key" to the building through his smartphone. With just a few taps, he can open and close the blinds, turn on alert lights, and start and stop the robo-vacuums and HVAC system.

3. They looked at 76 (!) different buildings before purchasing the Kearny Mesa property

MacKinnon said it was a huge undertaking to find the right place for a new headquarters when they were ready to leave downtown. And out of the 76 properties they looked at, only two sufficed. What sold them on the current property was its line of sight to Mt. Miguel (where their signal transmits from) and its proximity to several freeways.

The parking lot is lined with solar panels, several rooms are fitted with Solatubes to bring indirect sunlight into offices, and the station has just one of two natural gas fuel-cell generators in San Diego. They have a backup diesel generator in case of power outages.

5. This studio is soundproof

The glass insulates the office and studio from outside noise.

While it was nice to work in the heart of downtown, the sound of sirens, construction, and passersby were a constant part of their day. Most downtown workers can ignore city noise, but for a news station it can prove more than a headache when it interferes with live newscasts. Now the anchors and reporters can work in a soundproof studio that’s free from outside distractions, and the glass lining the building’s entrance and exterior walls is even bulletproof to boot.

We haven’t looked at open houses in a few weeks, and home prices have gone up since! Take a look at what’s for sale and open for viewing this weekend.

This three-bedroom home in Mira Mesa has 1,134 square feet. | Photo by Berkshire Hathaway HomeService/Screenshot from Redfin

A townhome in PB just a few blocks from the beach is up for auction, with bids starting at less than $600,000. | Photo by Harcourts Crown/Screenshot from Redfin

The price of this townhome in Pacific Beach made us do a double take—but not because the cost seemed outrageously high. It has three beds and baths, but is listed for $595,000—that’s $165,000 lower than the average cost for this neighborhood. Turns out it’s an auction; you can arrange a tour to see it.

A La Jolla home priced at $6.25 million is open for viewing this weekend. | Photo by Pacific Sotheby's International Realty/Screenshot from Redfin

This week’s daydream listing is a six-bedroom home in La Jolla going for $6.25 million. Each bedroom has its own spa-like bathroom and walk-in closet, and there’s a pool and Jacuzzi on a half acre of land. It’s open on Saturday, April 23, at 10 a.m.