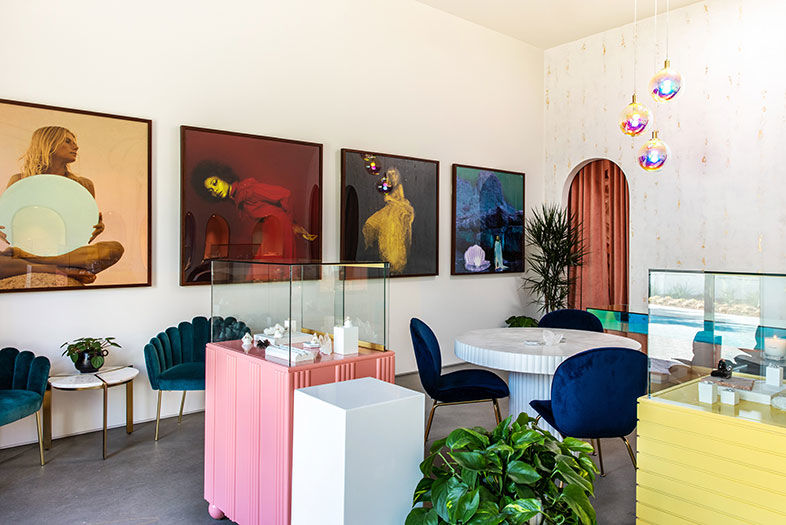 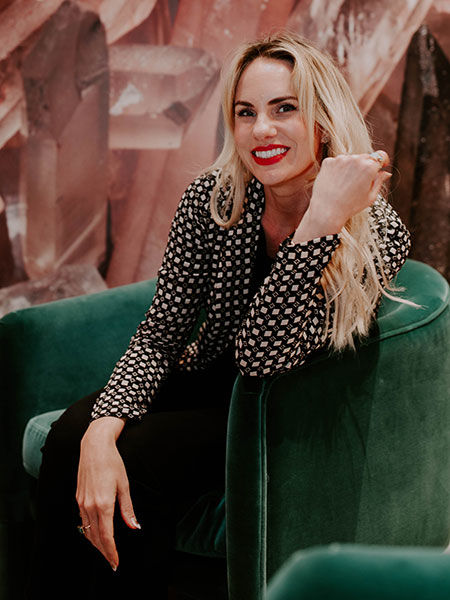 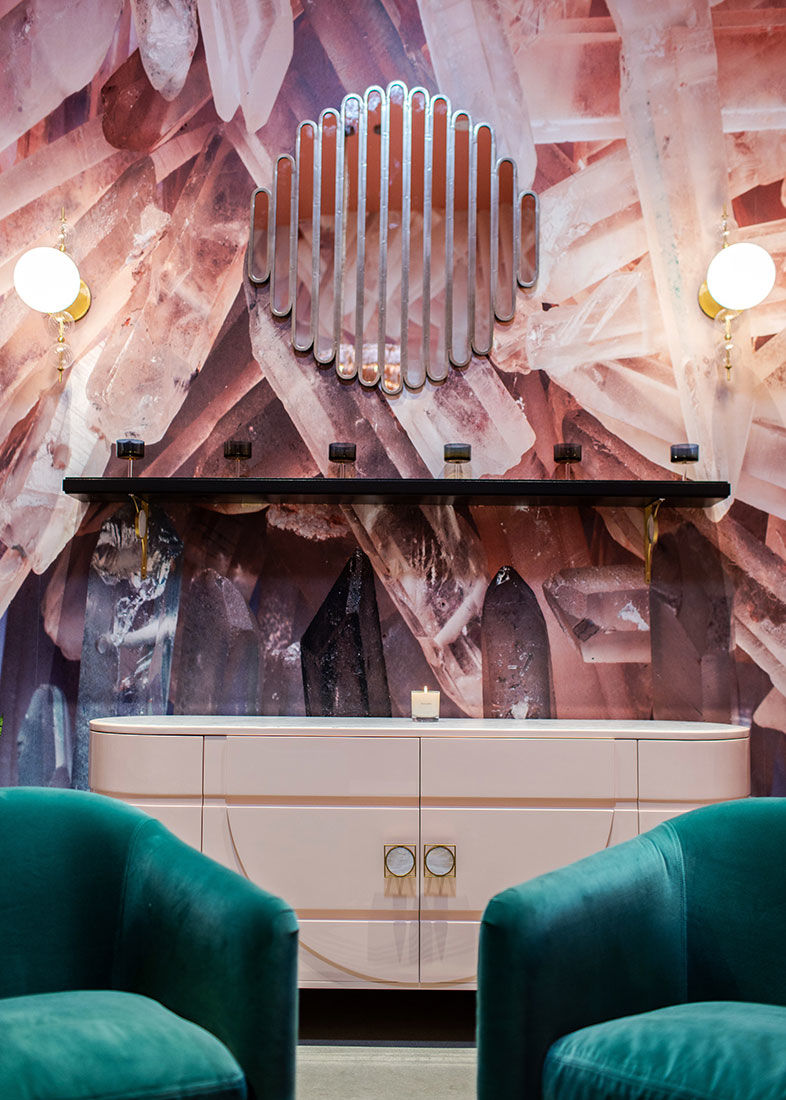 After three successful years in the Cedros Avenue Design District and almost 90,000 Instagram adorers, Marrow Fine has officially made the leap from showroom to shop.

Smack dab at the start of power-women row at One Paseo—in the company of female-led retailers Whiskey x Leather, Van De Vort, BlackBook, and Shop Good—Jillian Sassone’s flagship is a refreshing break from your stereotypical and sterile jewelry store. "I wanted it to feel like you were inside a diamond when you walk in. You know, when a diamond refracts light and it looks like a rainbow?"

In the front of the store, green, orange, blue, and yellow display cases evoke a prism, with Sassone’s creations styled carefully inside—including her latest, the Black Diamond collection. It’s her first go at cutting her own diamonds (or hiring a manufacturer to do so), because she’s slicing the rarer stones in ways that have never been done before.

There are more one-of-a-kind takes in the back of the shop, where Sassone now has her client consultations in what she’s dubbed "the babe cave." The monochromatic room is meant for custom fittings and designs, as well as the heirloom restorations she’s most renowned for. (That, and stackable rings.)

The name Marrow is a play on the craft of using good bones to create something anew, just like Sassone did with the jewelry that inspired her career—her grandmother’s heirloom opal that she reworked into a headdress ring. Now, clients have flocked from LA and flown from as far as New York for those services.

But Sassone’s first brick and mortar is just the beginning, as she’s already got her sights set on what’s next: "Seattle and New York are on my short list."

Go forth, and shine bright!