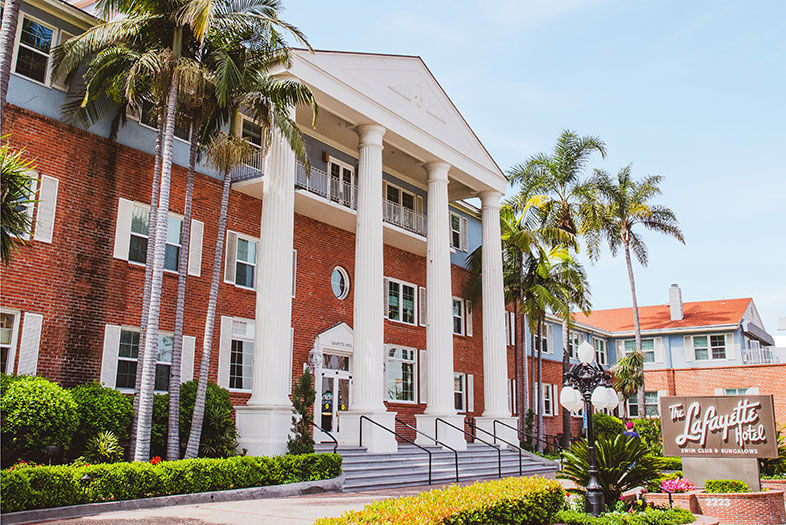 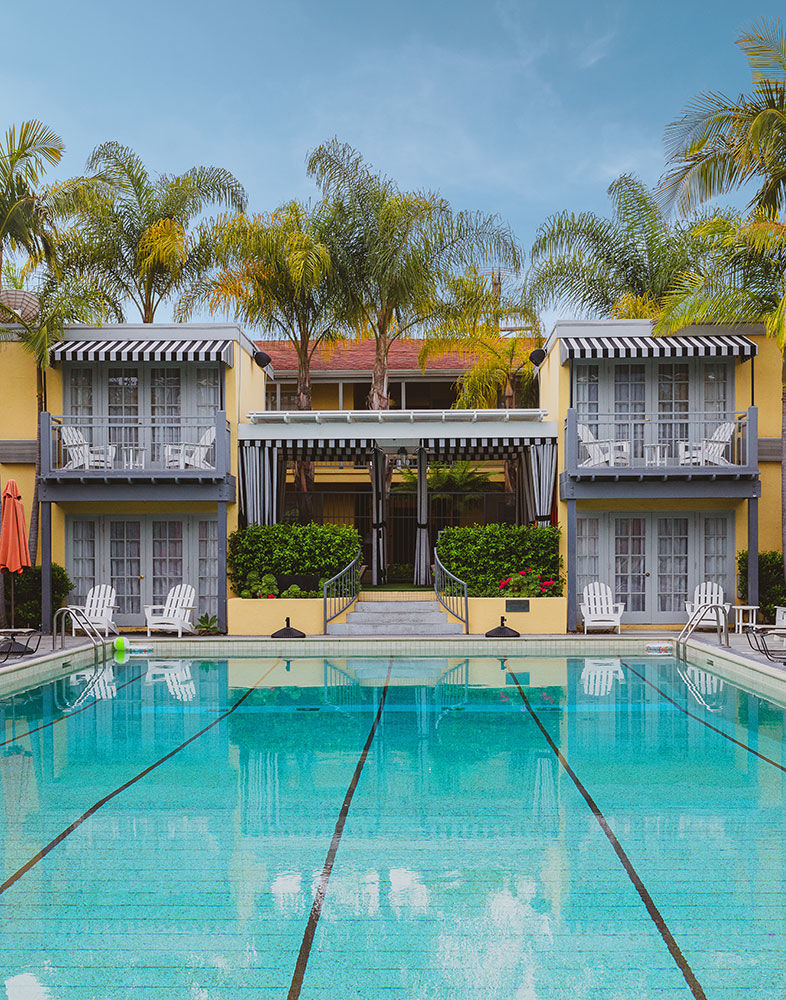 Lafayette hotel inside the icon 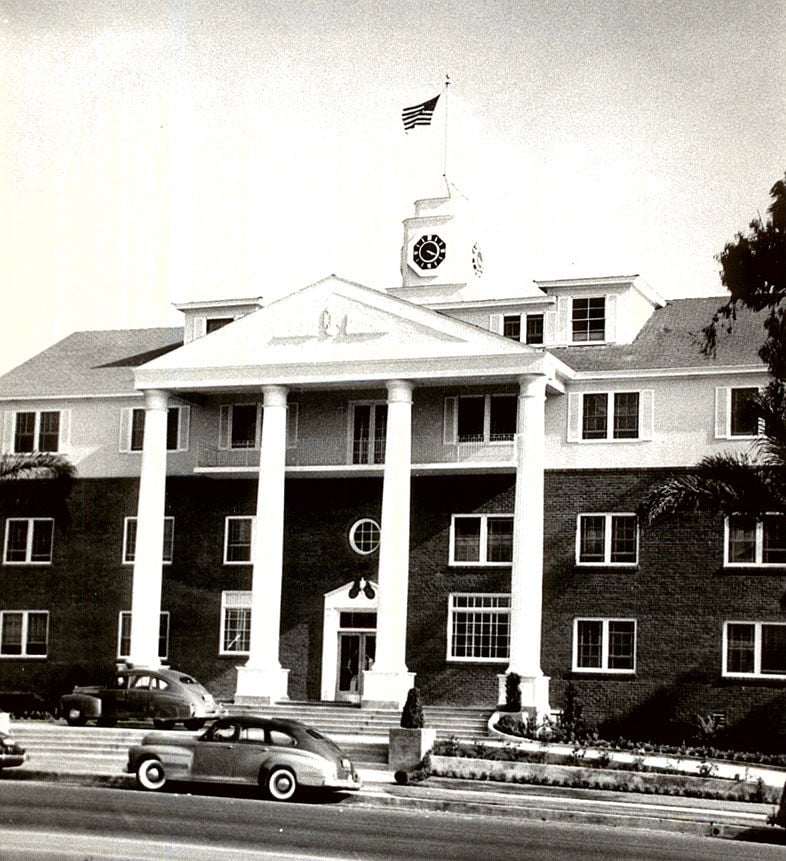 Lafayette Hotel inside the icon

The Wizard of Oz, June 7 (part of the monthly Film & Float series)

Pre–Interstate 8, El Cajon Boulevard was the main drag between east and west San Diego County, and The Lafayette Hotel was smack-dab in the middle along the way. Car dealer and developer Larry Imig scooped up a barren 2.5 acres in North Park to construct what he originally named Imig Manor in 1946, comprising 250 guest rooms and 24 tenants to attract that traffic. Among them were four restaurants, a nightclub, a hair salon, a shoeshine, a massage parlor, retailers, and even office space for businesses like San Diego Magazine.

In 1955, hotel namesake Conrad Hilton purchased the property and gave it a more mellifluous name. He owned the San Diego Chargers at the time, and moved their corporate office into the space now leased by the Red Fox Room (itself moving to a new location soon). About a decade later when the 8 was completed, The Lafayette’s bookings and businesses took a hit and underwent a slew of ownership changes. Come 2011, the building saw a $6 million overhaul, thanks in part to the San Diego Redevelopment Agency. A year later, the Lafayette was listed on the National Register of Historic Places.

Since day one, the hotel has been a hot spot for celebrity stays. Comedian Bob Hope was the very first guest, and he eventually owned one of two penthouse apartments on the property (Imig owned the other). That room (No. 425) is one of 133 still rentable. Other hotel guests have included actresses Ava Gardner, Katharine Hepburn, Betty Grable, and Lana Turner, as well as singer Bing Crosby, musician Harry James, and composer Ted Fio Rito. It’s even rumored that Marilyn Monroe and one certain US president snuck away for a stay that staff kept off the books. Nowadays, its most notable guests are usually headliners from The Observatory—think Passion Pit, Ice Cube, and once, AC/DC— plus the occasional cast and crew filming in San Diego.

Once known as a swing dance joint, the Mississippi Ballroom (named for the street it faces) has a claim to fame as the place where Tom Cruise serenaded Kelly McGillis with the song "You’ve Lost That Lovin’ Feelin’" in Top Gun. The ballroom remains reserved for romance today, having been used as a reception space for more than 10,000 weddings, including one Star Wars–themed "I do." As for other brushes with Hollywood? The Real World: San Diego and Jack Ryan have both shot at The Lafayette.

What’s a hotel without a pool? Imig called on five-time Olympic gold medalist swimmer Johnny Weissmuller, also known for playing Tarzan in the ’30s and ’40s flicks, to design his—and gave him the naming rights to it. The Weissmuller Pool holds 300,000 gallons and is just 2 inches shy of a 25-meter Olympic length—which Florence Chadwick discovered while training for her swim across the English Channel (paparazzi would bolt to the hotel to snap her practices). During those many training sessions, Chadwick made a few other suggestions to Weissmuller’s design and its surroundings—for example, removing a giant mirror where the cabanas are now, because birds kept flying into it. The biggest hazard these days is the poolside bar—past offenders have included the occasional skinny dipper and one out-of-control guest who attempted to jump from a 30-foot-high balcony, resulting in two broken legs (on top of a bad hangover).