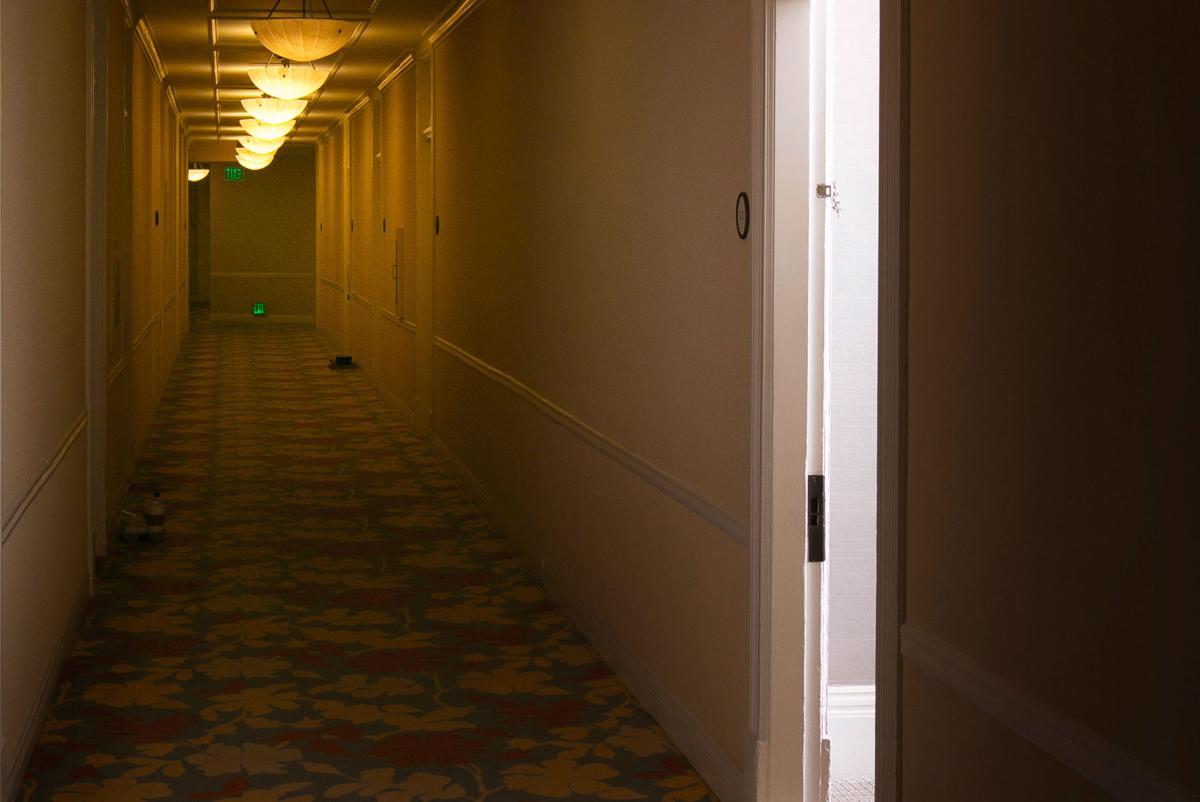 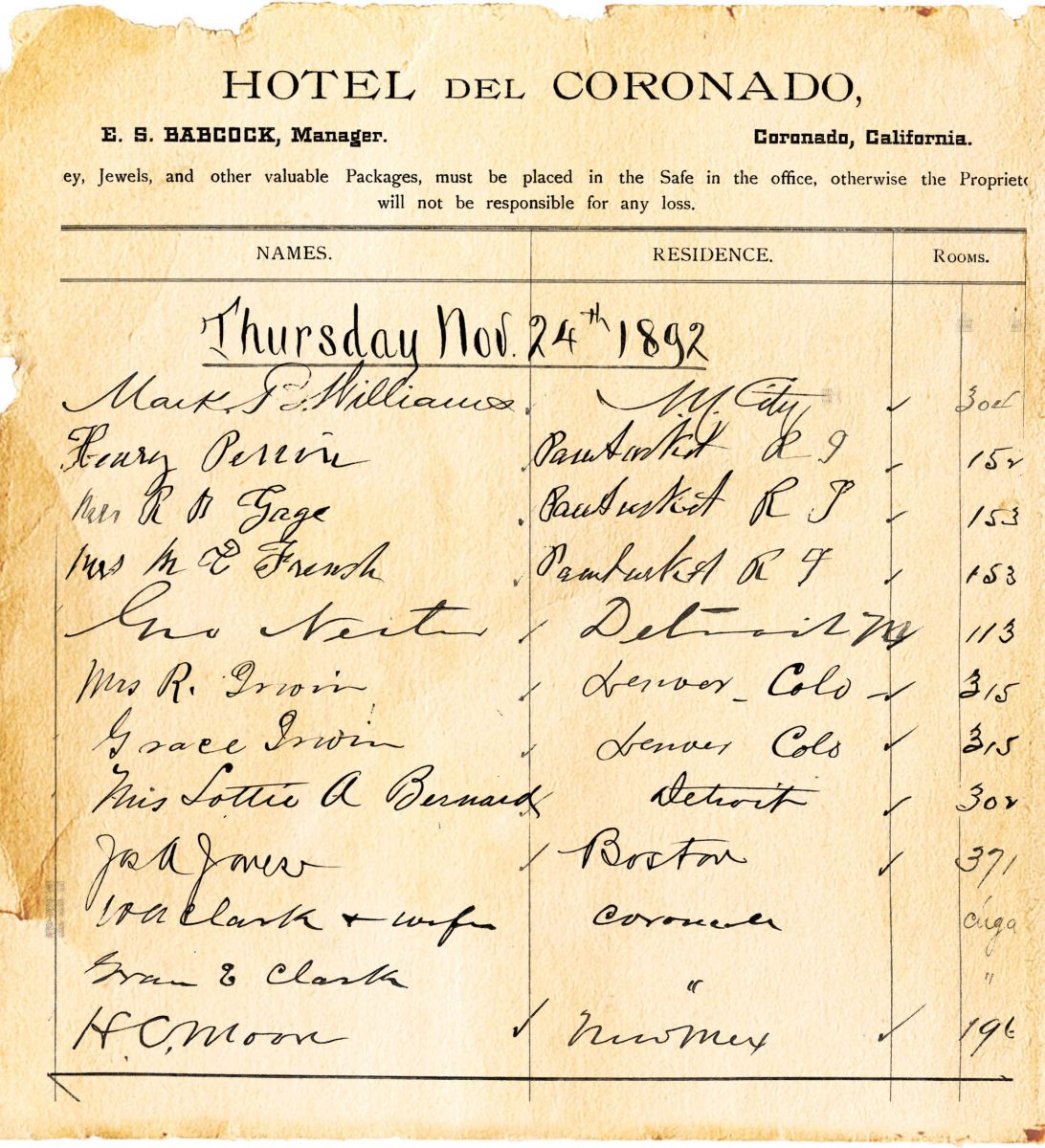 Kate Morgan, a 24-year-old housekeeper from L.A., checked into room 3327 (then 302) on Thanksgiving Day, 1892. She spent five days meandering through the Del, alone. Some claim she was waiting for her husband. Others say Kate was anticipating a lover’s arrival.

Scene of the Crime

Kate’s body was found on a staircase leading to the beach with a gunshot wound to the head. Her ghost is now said to roam the hotel, particularly her old guest room.

Kate signed into the hotel under the alias Lottie A. Bernard. Until officials identified the body, media named her "the beautiful stranger."

The coroner determined it was suicide —there’s record of her buying a .44 caliber from Chick’s Gun Shop in Downtown—but skeptics think her husband or lover pulled the trigger.

3327 is the Del’s most requested room. (Smallville actor Michael Rosenbaum wanted to stay there during this year’s Comic-Con.) Rates vary by season and start at $359 per night.

One for the Books

A Del historian records guests’ paranormal experiences, ranging from soft footsteps heard by the bed to pillows stacked in a pyramid.

Guests have reported seeing Kate’s ghost strolling the hallways, the garden, and the beach. Lights flicker. A TV turns itself on and off. Breezes, scents, and sounds also come from nowhere and items move by themselves.

On Valentines Day, 2000, a young couple reported a string of supernatural events, including covers being ripped off them in the middle of the night.

In the gift shop, memorabilia from Marilyn Monroe’s film Some Like It Hot often falls to the ground inexplicably. Employees speculate that Kate doesn’t like sharing the spotlight.

All in the Family

The late Alan May claimed to be a descendant of Kate. In 1990, he published The Legend of Kate Morgan, and reportedly purchased a tombstone for her unmarked grave at Mount Hope Cemetery. (The Del refutes May’s story.)