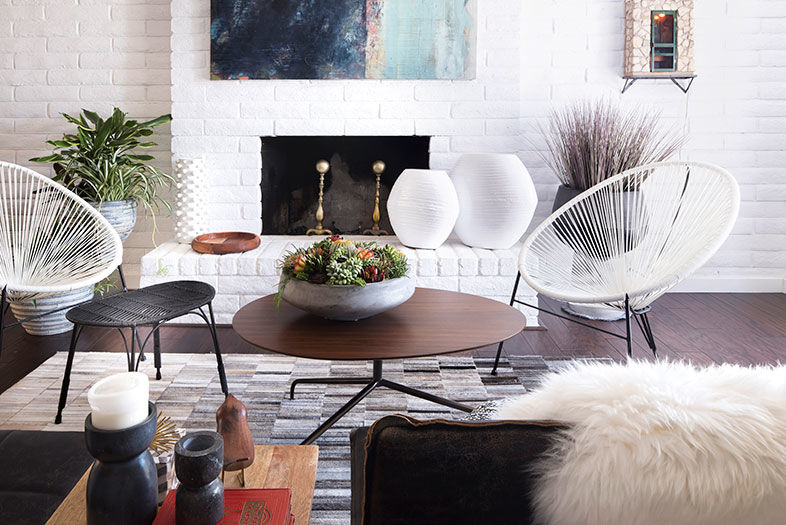 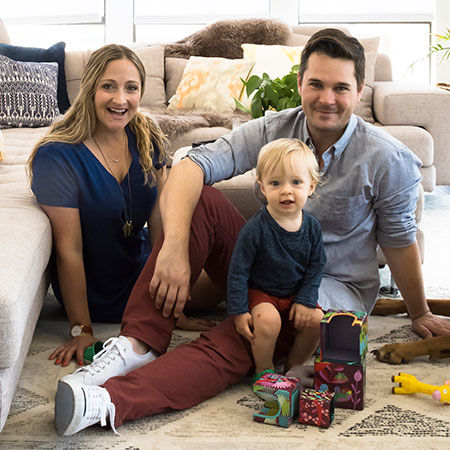 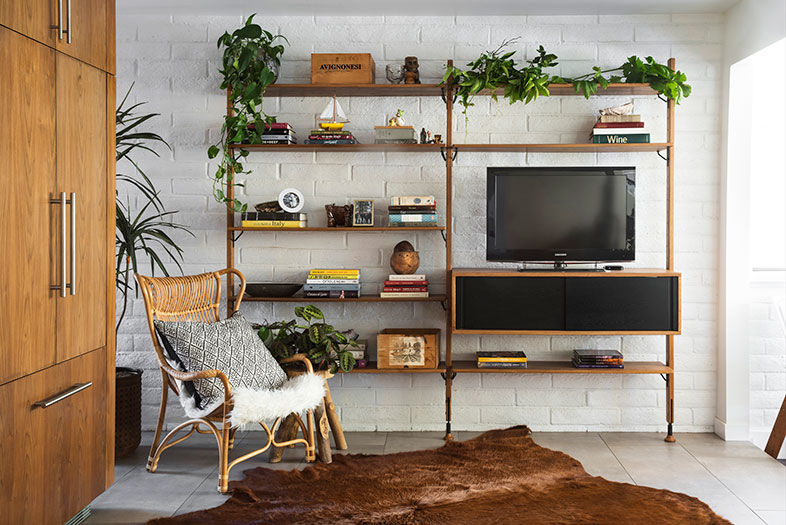 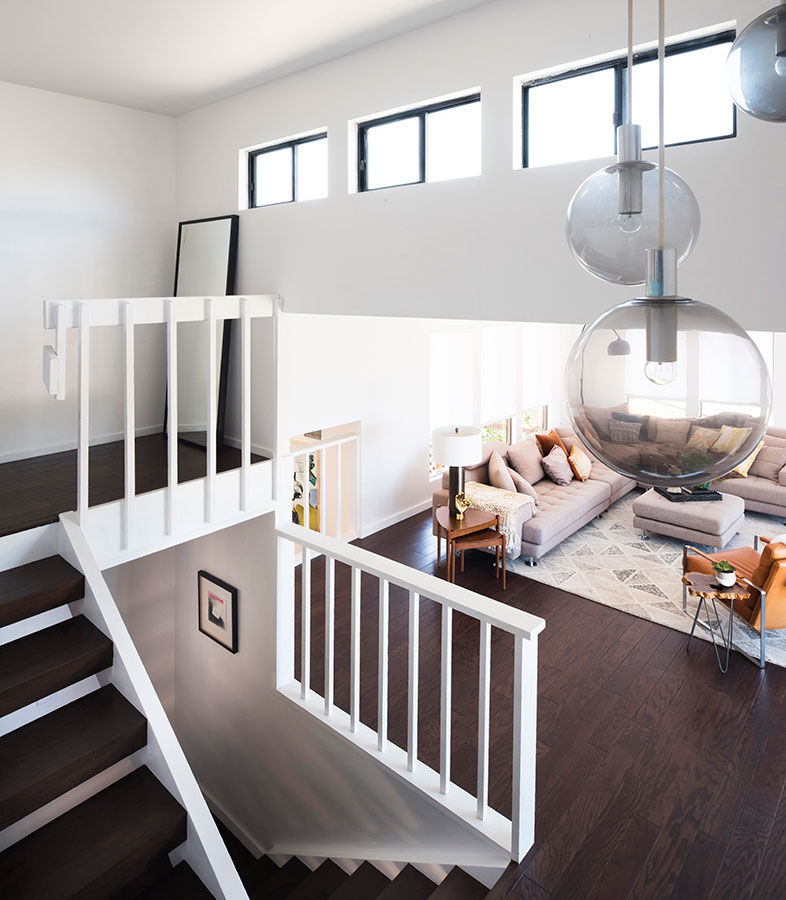 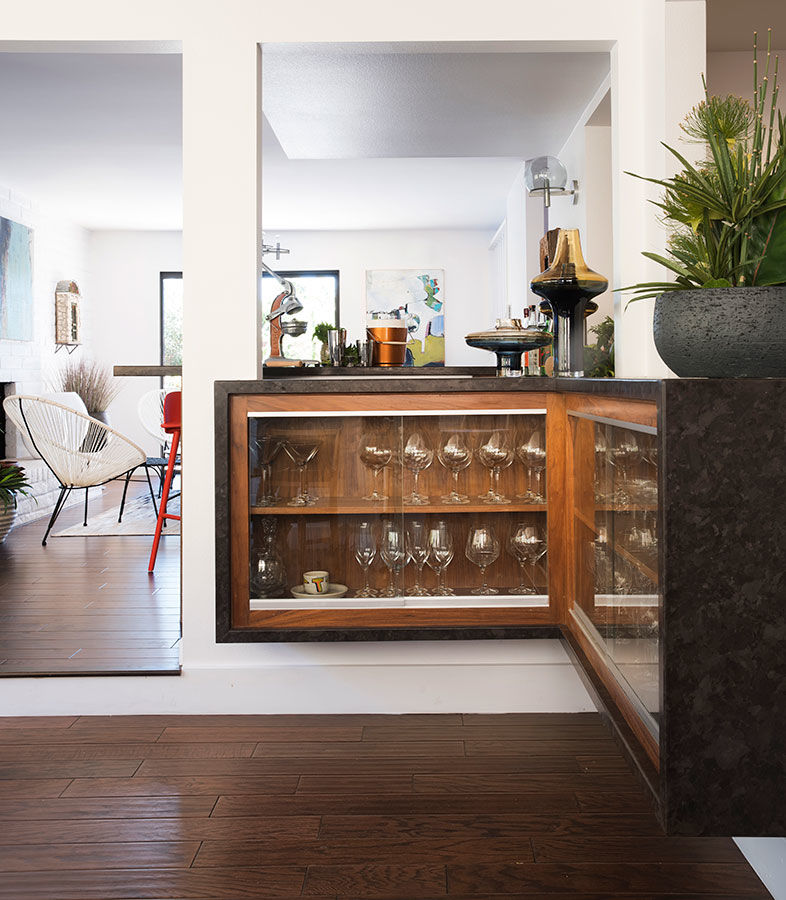 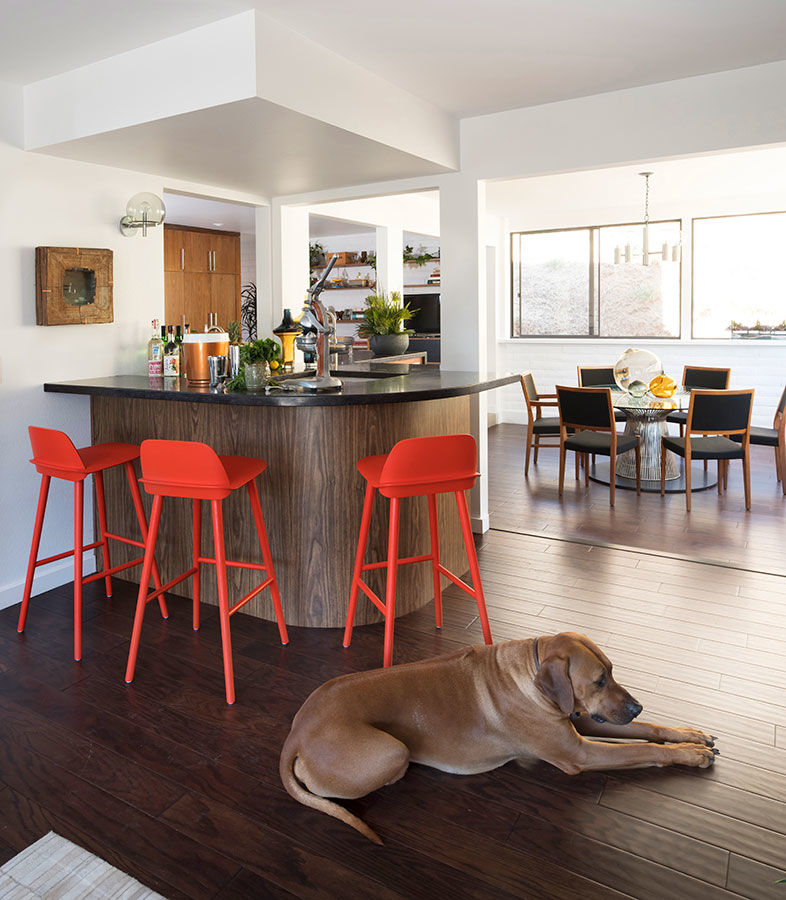 To say that this multilevel 1974 house in Bonita was a fixer-upper is an understatement. Stepping into it was like stepping into a time warp, complete with two-inch thick shag carpets, metallic wallpaper, and an avocado-green bathroom. But homeowner Lucien Conner was smitten: "I aesthetically loved it!"

Lucien, who serves as Puesto’s director of operations, has an eye for design. He studied art and Spanish at UCLA, while simultaneously working his way up the food chain in LA’s fine dining industry. After graduation he moved to San Diego and eventually cofounded Snake Oil Cocktail Co., a key player in the local craft cocktail movement.

When he and his wife, Sarah, went to look at the house, it was the first time either of them had been to Bonita. Still, Lucien immediately recognized its potential and remained unfazed by the prospect of a major remodel. He hoped to do most of the work himself (paging Tim "the Toolman" Taylor!), but quickly realized they needed help. Sarah enlisted her childhood friend Micah Mathis of RG Mathis Construction and slowly, one room at a time, the space began to transform. (Shag carpets begone!)

The kitchen features custom walnut cabinetry, elongated subway tile, and a Viking oven, which was purchased for $350 at ReStore. They tore down walls and opened up the original layout, turning an enclosed sunroom into the adjoining dining room. "I wanted a giant kitchen, a place where you could interact while cooking," he says. To hear him describe it, the project started simply and grew into something much more expensive. "I spent endless hours deciding what I liked or loved and looked at a million photos before deciding," he recalls. But now, "I feel like it’s pretty close to perfect."

One thing they decided to keep? The bar—a decision that makes sense for a guy whose background is in cocktails. "It was one of the design features that we 100-percent agreed upon," Lucien jokes. The couple switched out the countertops and added a floating sideboard, which faces the dining room and helps connect the lounge, dining, and kitchen areas on the main level.

The original light fixtures also remain, another selling point. For further finishes, the Conners worked with interior designer Rachel Larraine. "They had a really good base. But it was a little too masculine and edgy," says Rachel, who added curves and texture with accessories from Hold It Contemporary Home. She also brought in pops of color via large statement-making original artwork by Theresa Vandenberg Donche, as seen above the fireplace.

"I wanted something really clean but also really user-friendly," Lucien says. "Now the energy and whatever’s happening in each space flows together."