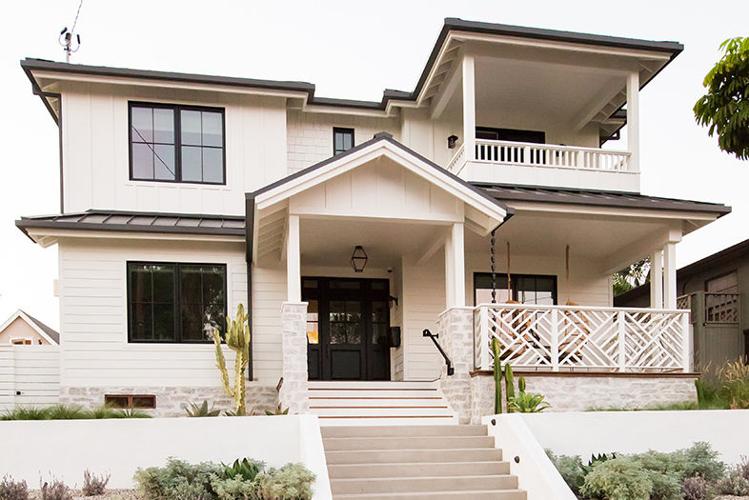 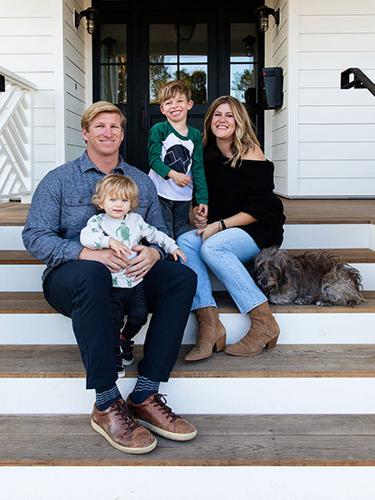 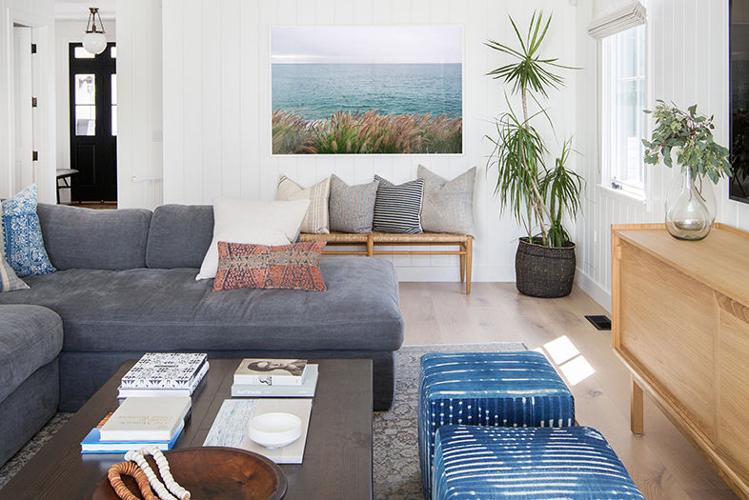 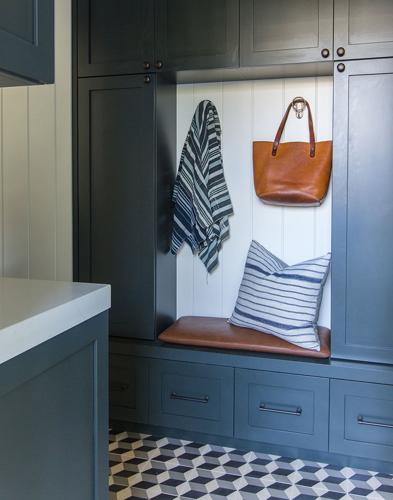 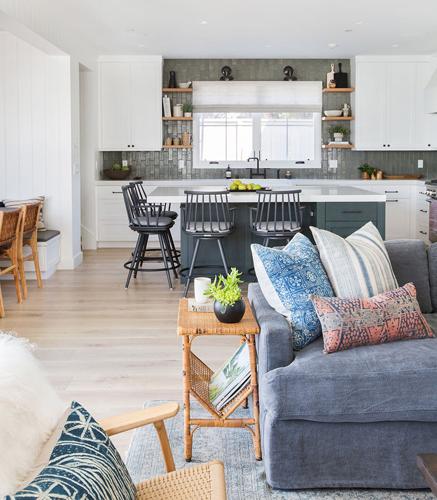 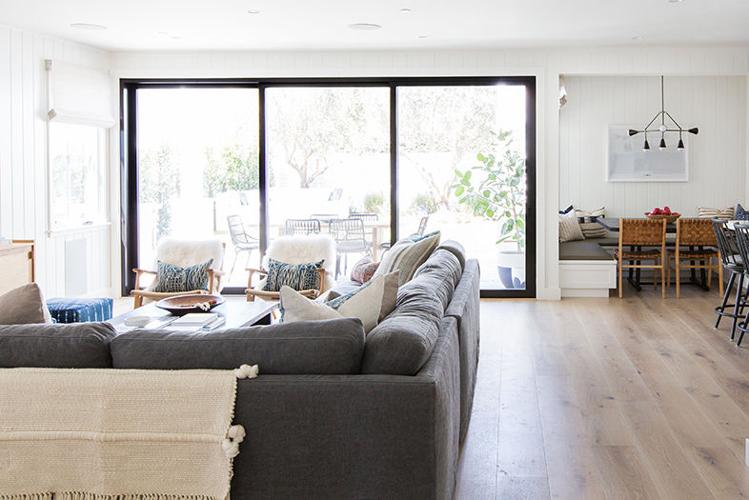 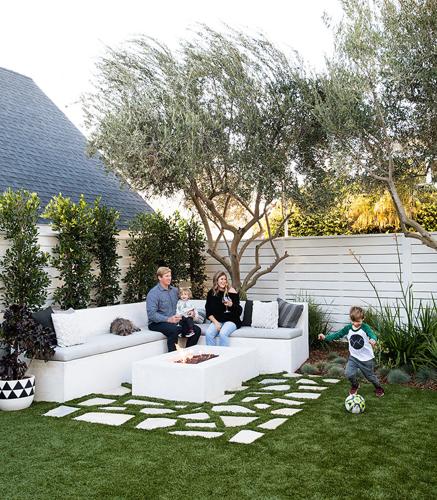 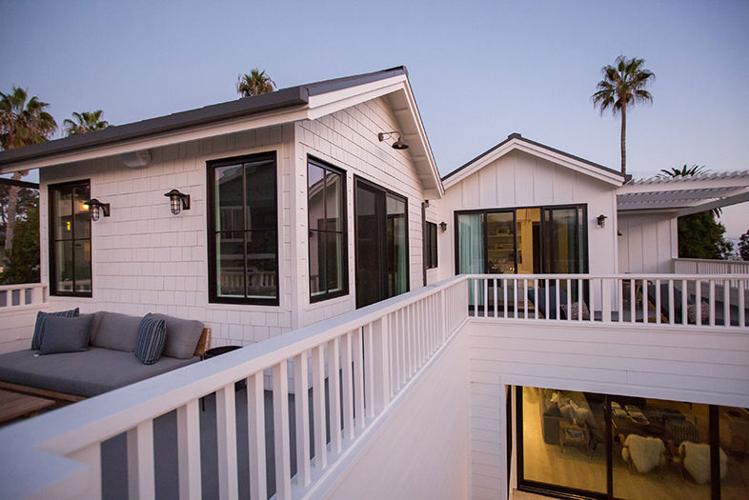 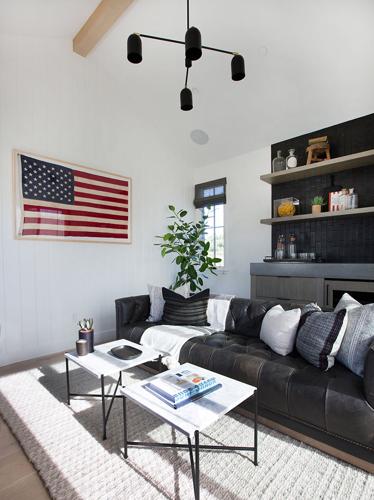 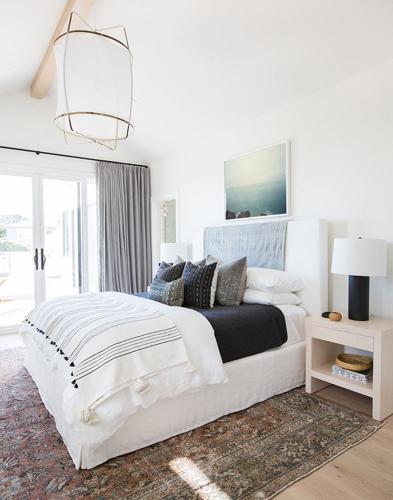 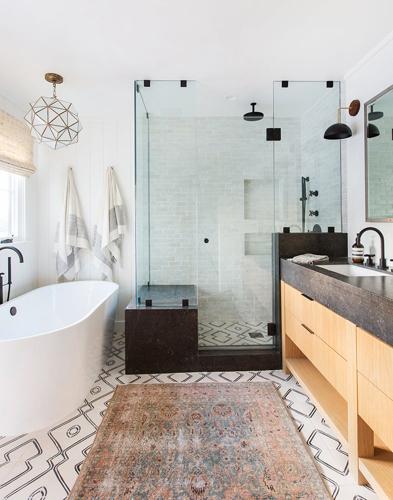 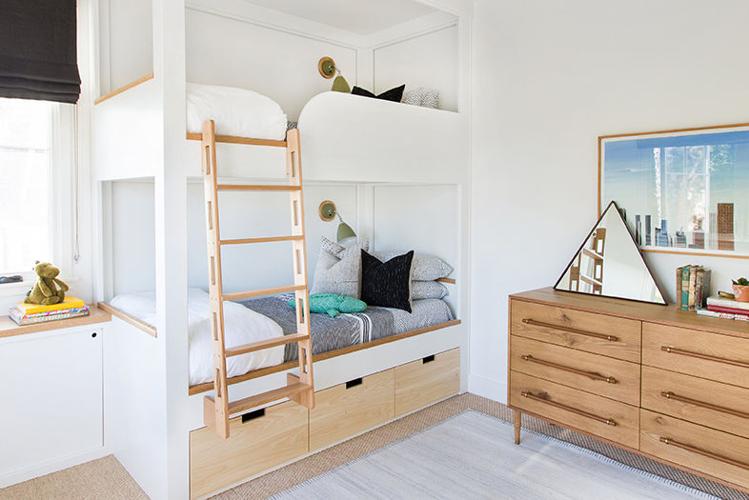 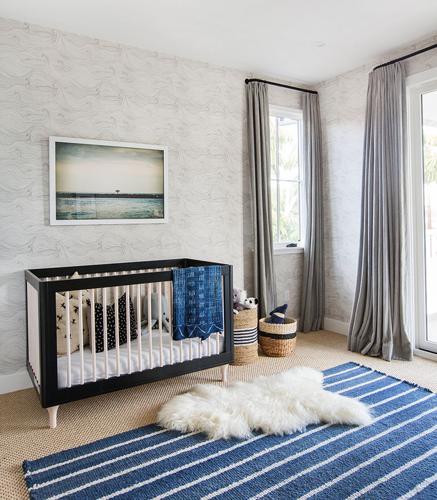 A Southern California couple through and through—he’s from Orange County and she’s from La Jolla—Brian and Erica Alexander knew exactly where they wanted to put down roots.

In 2010 they made a down payment for the views in Bird Rock, making do with a 1,200-square-foot bungalow sans master suite that had been, as Erica coins it, "Home Depot flipped."

"It was perfect for the two of us," says Erica, the owner of La Jolla’s beloved RICA Boutique. "But then we had our first child."

They had outgrown the space, and their beachy boho newlywed tastes.

They called on GDC Construction and Golba Architecture to smash the 1940s cottage down to the studs, more than doubling its square footage with a backend expansion and second story.

For the aesthetics, Erica pinged Amber Lewis, owner of Los Angeles design firm Amber Interiors and idol to half a million Instagram followers.

"Amber did exactly what I wanted, made it a more mature, grown-up space for us that’s going to work for the long term," Erica says. "It felt like home the minute we moved in."

From front doorstep to sliding back doors, the 3,000-square-foot modern beauty is spiffed up with Amber Interiors’ signature touches—clean white countertops and cabinets in the kitchen, sleek subway tiles as bathroom backsplashes, tongue-and-groove paneling on the walls, tufted and furry textures in the living room, and geometric star, square, and penny round floor tile patterns.

Still, some decor directly reflects the family. A bright art piece from Colombia hangs between the kids’ rooms upstairs, evoking Erica’s heritage on her father’s side. Gunnar, 4, has built-in bunkbeds and Lachlan, 1, won out with a small porch with the best ocean view in the house. Both boys have their own bathrooms.

A framed vintage American flag hangs in Brian’s man cave/office on the second floor. "He’s very patriotic," Erica says, noting that he played on the US Olympic water polo team in 2008 and 2012. In fact, they met while he was training for the national team in Manhattan Beach and she was attending USC. He would go on to play for teams in Europe, Spain, Greece, and Australia—the latter after buying their Bird Rock property—before opening a sports psychology practice.

After four months Down Under, during which they rented out their bungalow, they came home to settle down permanently. Since then, they’ve traded in passport stamps for passing balls with their boys in the backyard.

And the long-awaited master bedroom? It’s the couple’s favorite space.

Peering down to the backyard from a porch attached to the suite, Erica says, "We’ll be happy here for a long time."