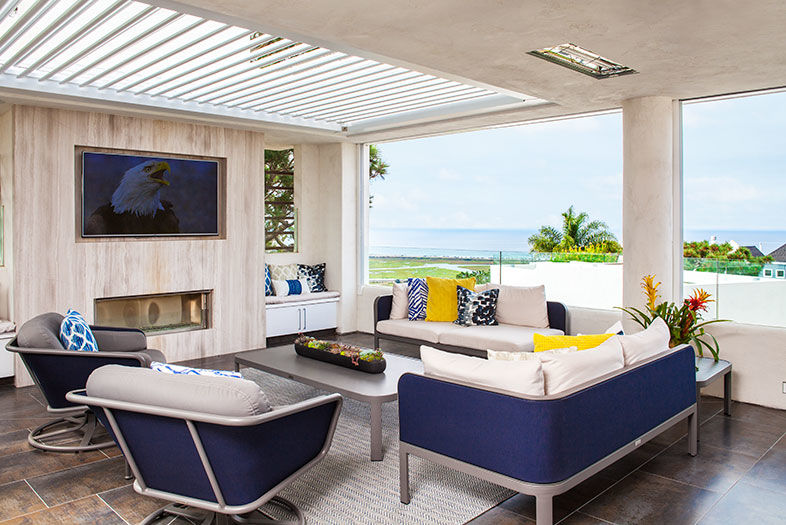 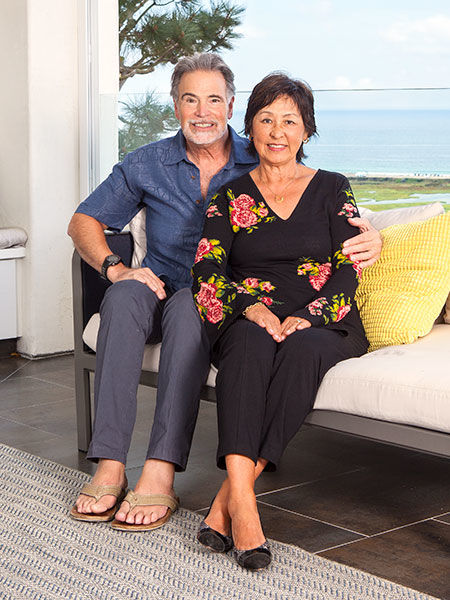 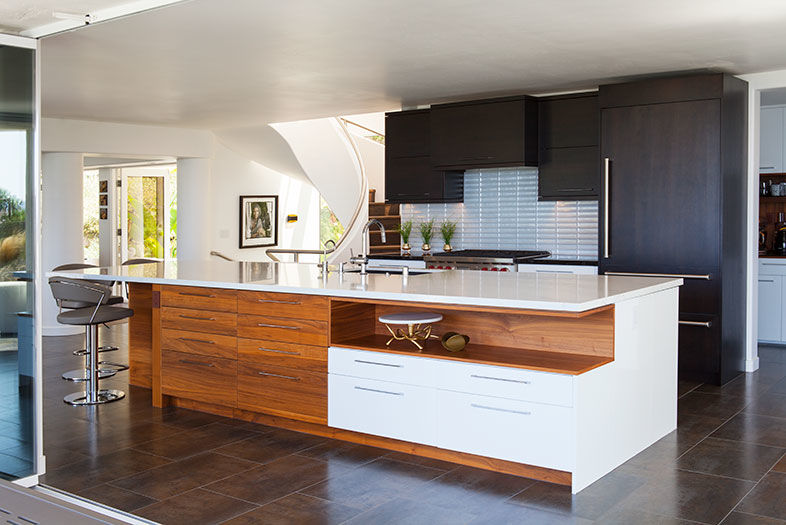 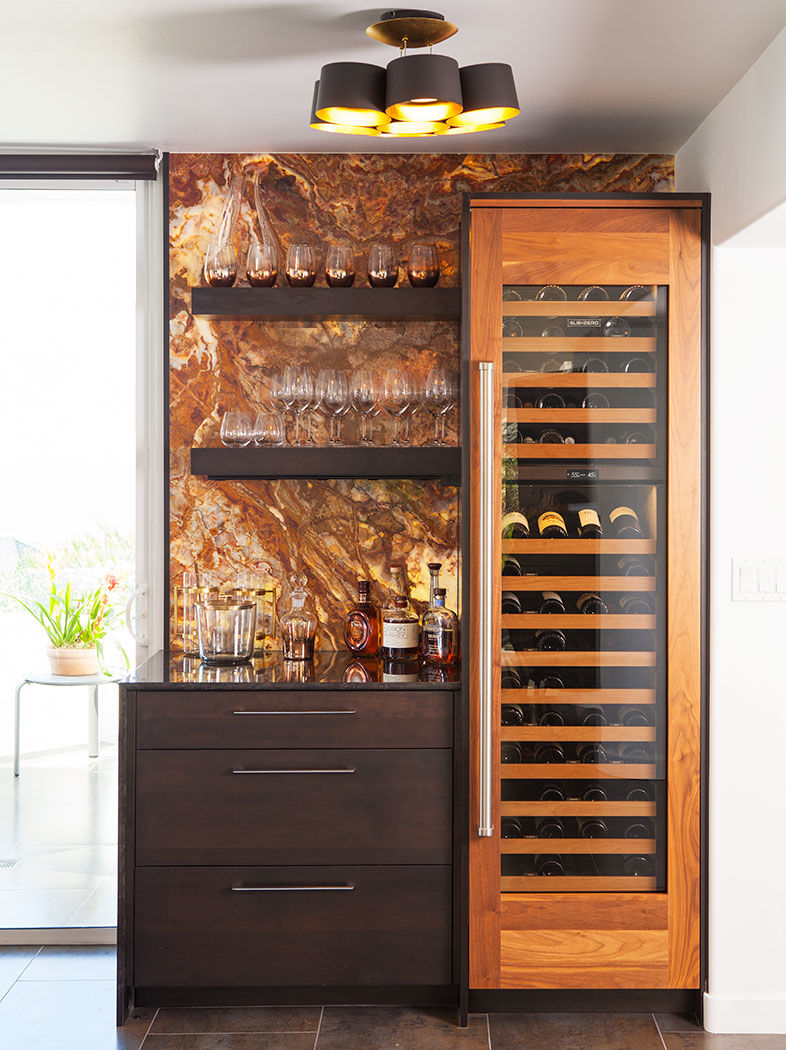 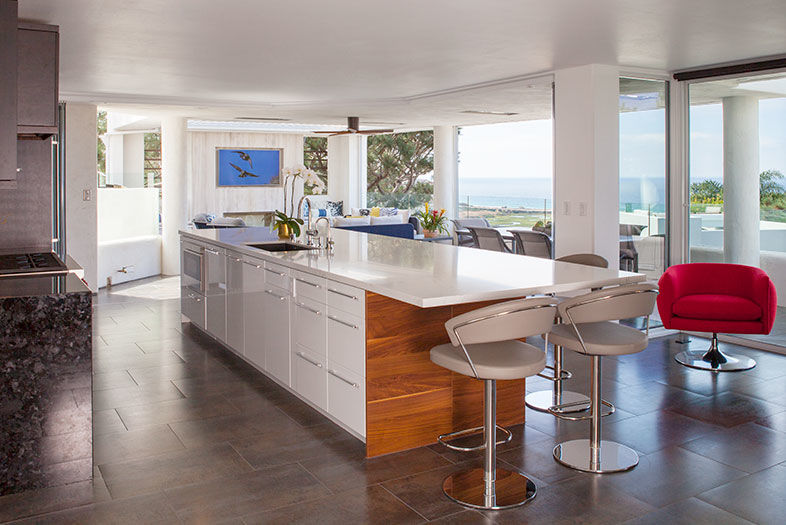 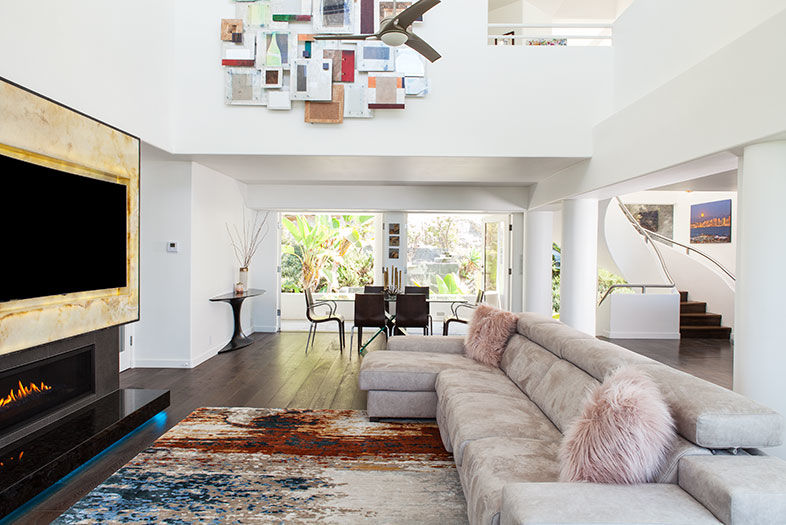 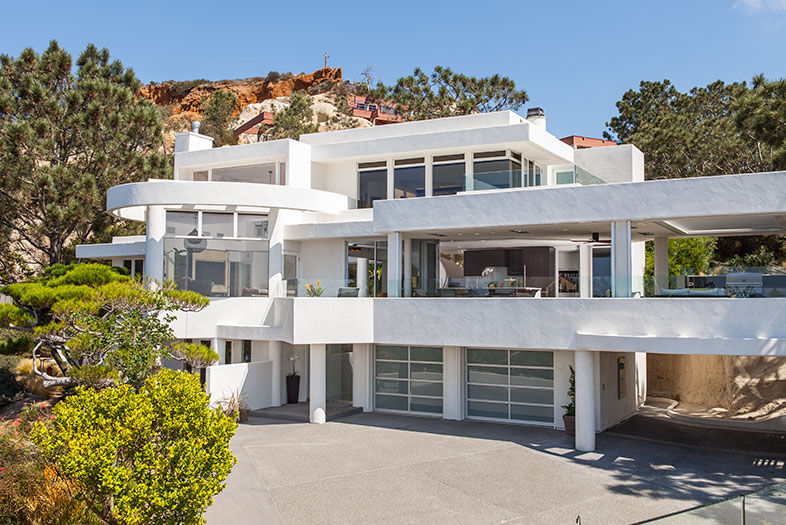 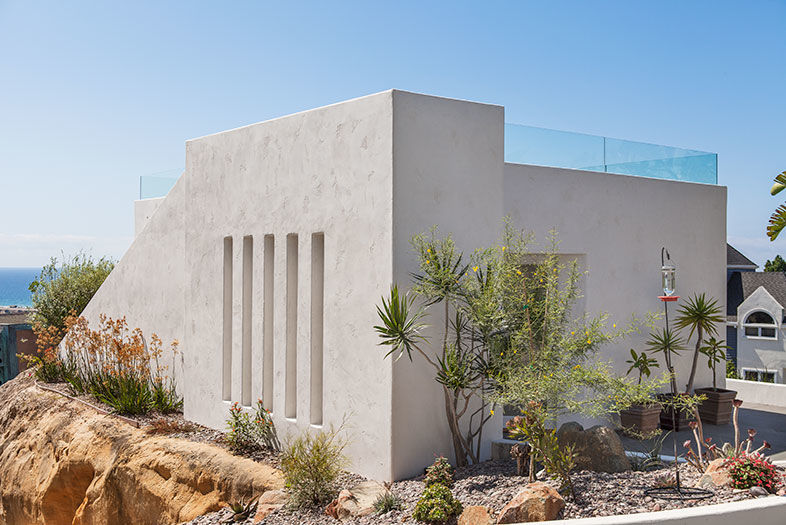 Insu and Jim Nuzzi are a storybook case of opposites attracting.

She, a retired flight attendant turned avian photographer, is poised and tenderhearted. He, the president of a financial services firm, is a fast talker with a colorful charisma. It’s a trait that brought them together at a Second Avenue bus stop in Manhattan some four decades ago.

"Insu was in her United Airlines uniform," Jim recalls. "And I had one of the best lines of my life. ‘Where are you flying to?’"

Thanks to his approach and the chemistry that ensued, Insu paid an extra $1.50 to stay on the bus for a while longer.

"A good investment," Jim echoes. "No question about it."

Three kids and 41 years later, the empty nesters jest that the key to a happy marriage is having two bathrooms. Their contemporary abode in the hills of Del Mar actually has three. It was originally built in the ’80s and purchased in 2005. The second story was completely redone by Jackson Design and Remodeling last year, adding a panoramic view of the Pacific and decor that balances their tastes.

The entryway speaks to Insu’s affinity for art, adorned with her own photos, pieces from meaningful outlets like ArtLifting, and ceramics by local artist and friend Betsy Schulz.

A dark-stained staircase winds up to the stunning second story, where there are no walls between the dining, kitchen, and living spaces, bringing ocean views and breezes to focus no matter where you are.

"Connecting the view to the home was most important," explains Sol Quintana Wagoner, senior interior designer at Jackson.

Porcelain tiles flow through the kitchen, around an island so subdued it could pass as a piece of furniture, and into an outdoor living space erected from an 834-square-foot extension of the home. Adding on was the only option for creating an outdoor living area, Wagoner says, given the property lacks both a back and front yard. The extension also made for a second garage on the ground floor and small walkout from the lofted third floor, where the master sits and is pending its own remodel.

Roofed with infrared heaters and a louvered ceiling with a self-close feature for when it rains, the outdoor area is outfitted with Brown Jordan furniture, a grill station, and a flat-screen TV.

Back in the kitchen, separated from the outdoor area by a frameless sliding glass door system, Wagoner explains, "It’s not a destination kitchen; you go through it to get to the spaces."

In the evenings, though, a wine bar in the corner—an item from Jim’s wish list—could stop some in their tracks.

When backlit, its onyx wall resembles a burning sunset, standing in as a focal point when the coastline disappears into darkness. Similar stonework by ForzaStone encloses the television in the indoor living space. With Insu’s photos displayed on a loop, a gas-powered fireplace burning below, and LED lights accenting dark wood floors, the entertainment center too resembles a piece of art.

A plush couch and recliners from Famaliving and a multicolor rug from Home Décor Fine Rugs warm the space into a family room, suitable for get-togethers with their growing group of grandkids.