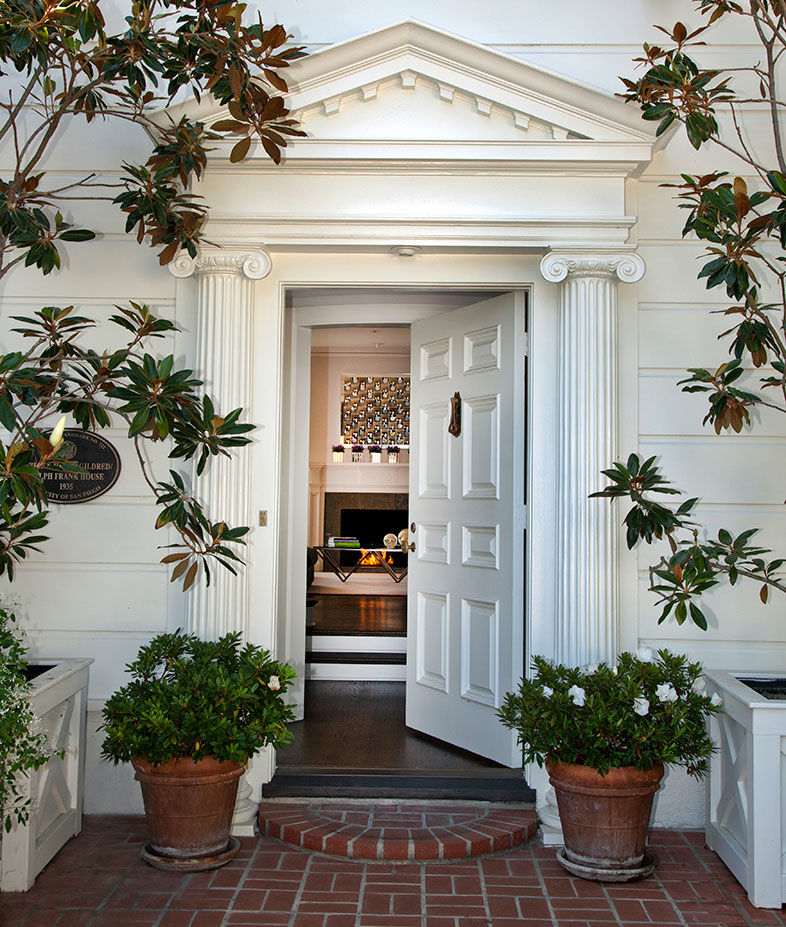 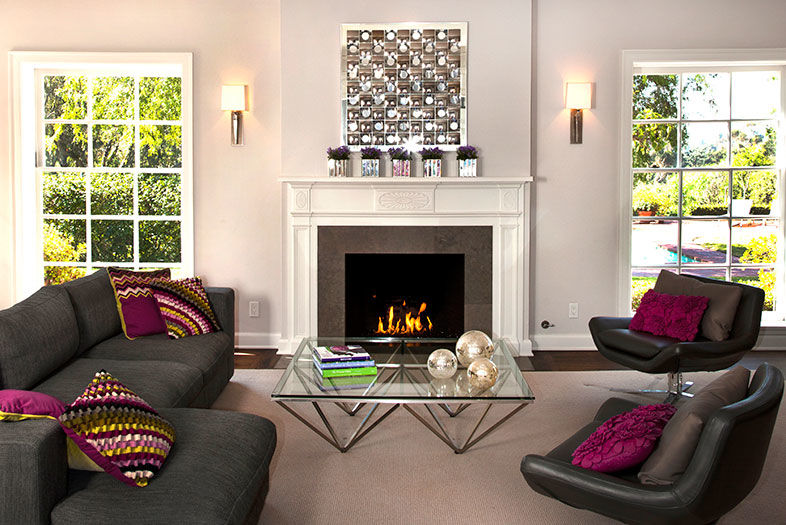 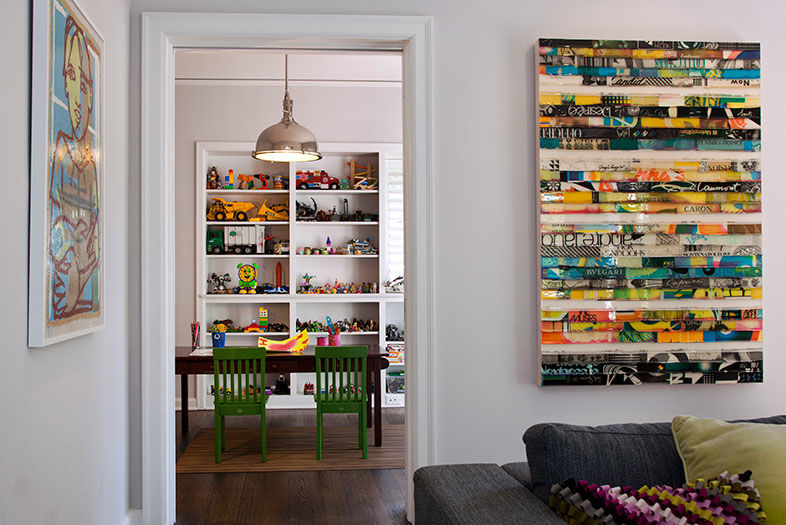 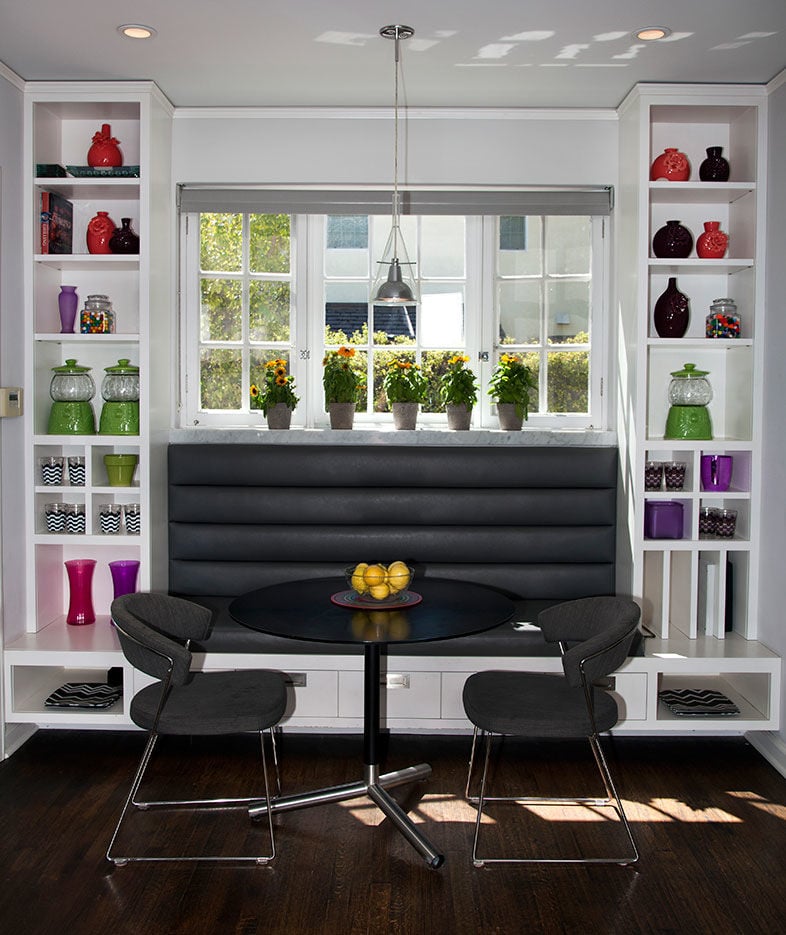 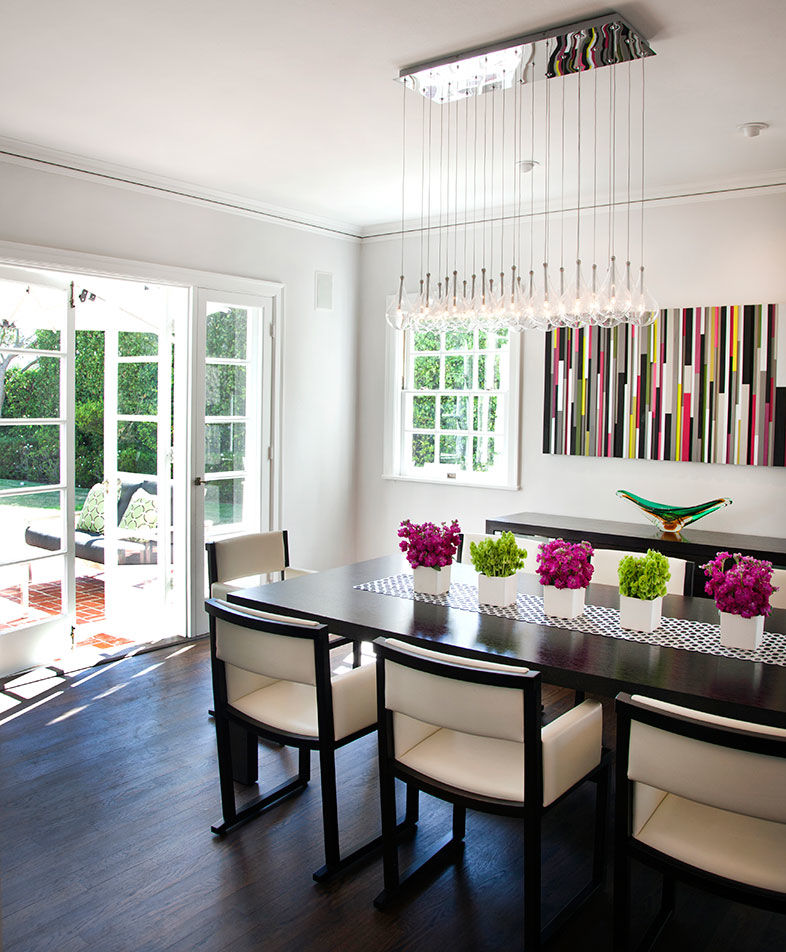 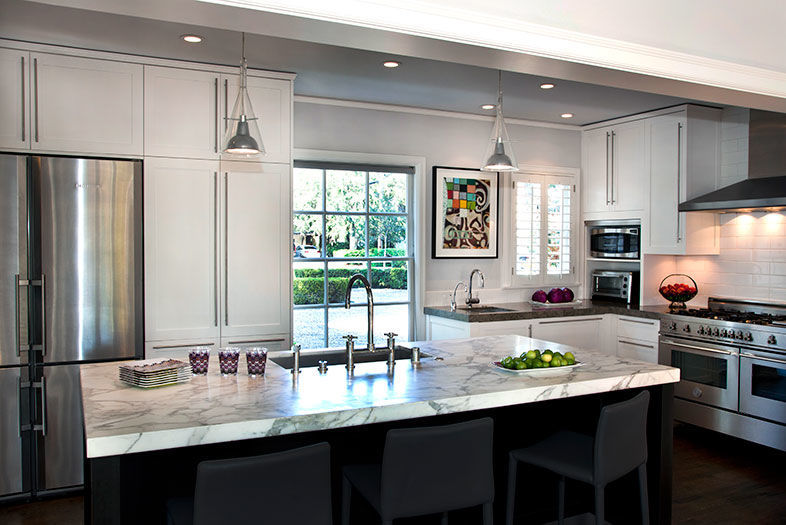 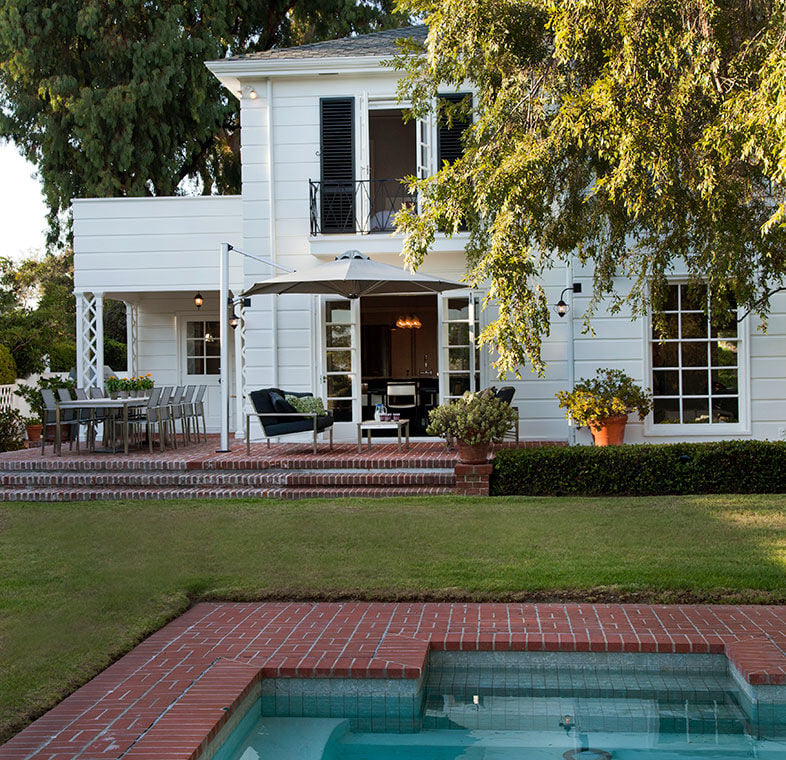 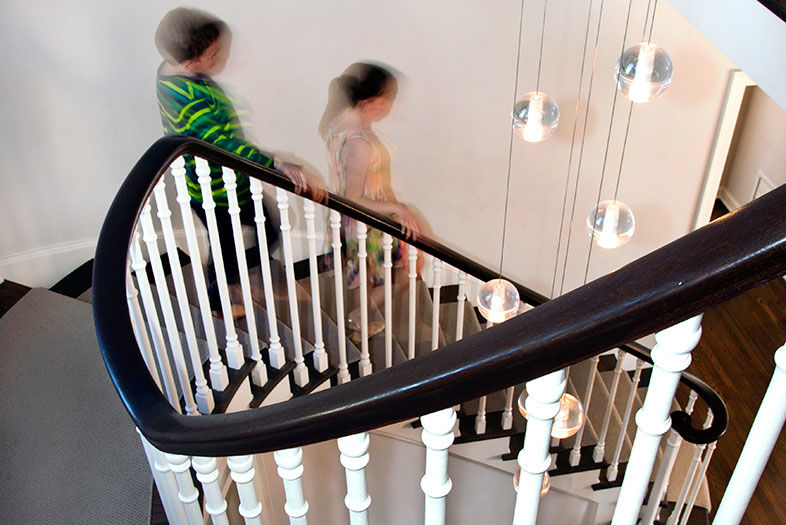 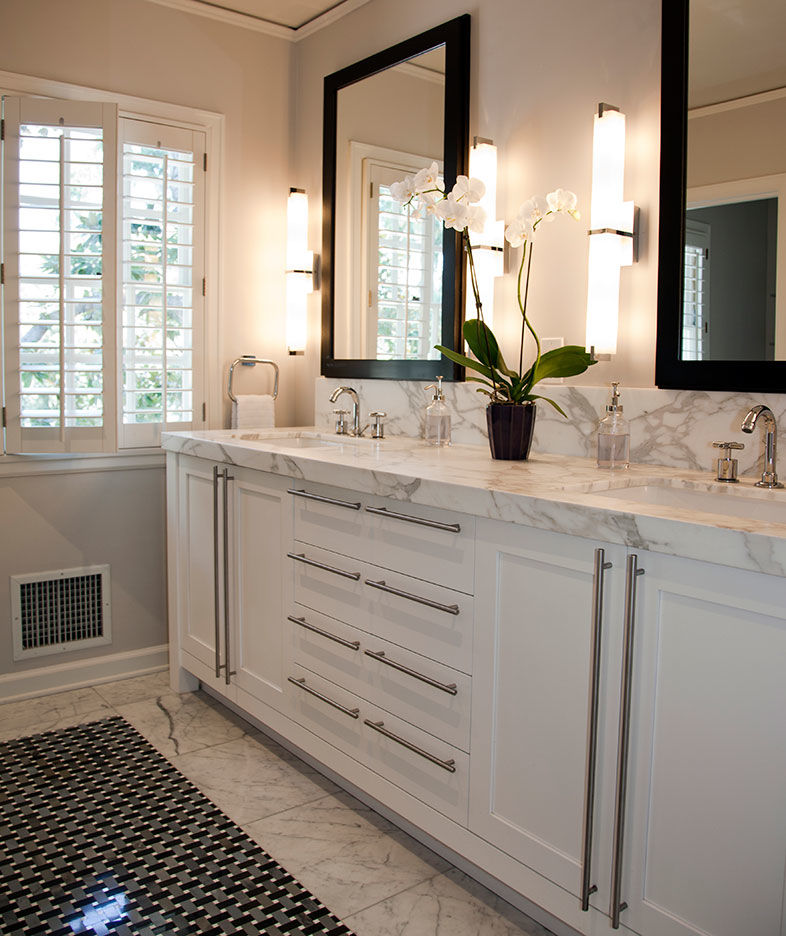 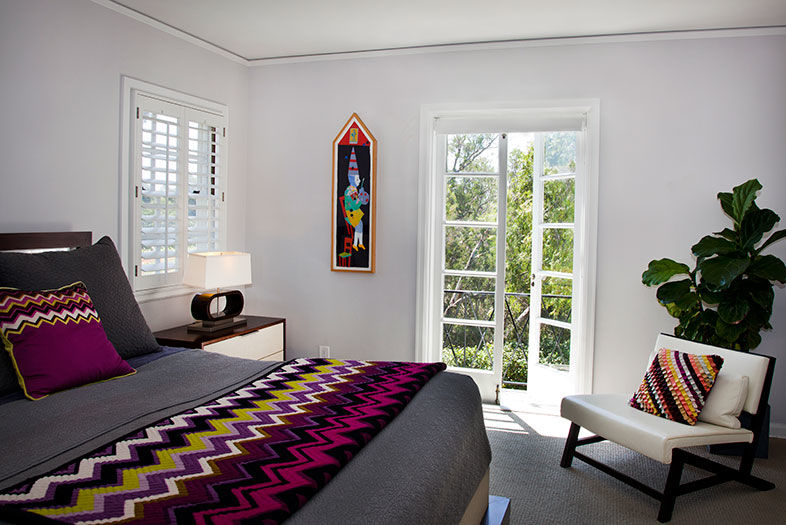 Tucked in the outskirts of Balboa Park, this family home has the bones of a bygone era. But details like dentil molding and Ionic columns are made modern again, thanks to architect and designer Bill Bocken, who transformed this traditional Colonial Revival house into a domicile fit for the present day. His clients, along with their two children, aged 8 and 6, lead full and hurried lives. The Mexico City–born parents run a digital marketing agency nearby, while the kids bounce from school to extracurriculars to playdates with friends.

When the family first laid eyes on this Georgian beauty, they immediately fell for its urban locale and historic charm, but the latter posed its challenges. "The collection of rooms were closed off from each other and redundant," Bocken says.

To update the interior while preserving its original character, he went about "surgically opening the spaces—not by simply removing walls, but by carefully framing large openings to allow for passage of people and light." The result is an elegant and clean design, with sun-kissed areas that flow seamlessly from one to the next. Defunct rooms were repurposed: the library is now a playroom; the butler pantry is part of the new kitchen and dining area.

The decor is equally thoughtful. Bold pops of color and the couple’s carefully curated art collection are anchored by muted furniture pieces. The new layout works so well that it’s hard to imagine what it once was. But as Bocken describes, "Oftentimes the best way to preserve the past is to make it relevant for today."

The living room has a modern yet timeless feel. The classic crown molding and fireplace surround are met with sleek details like a geometric coffee table by Nuevo Origami and a mirrored Art Moderne piece from Mexico. ‘Eddie’ swivel leather chairs by Camerich, BoConcept sofa, and coffee table available at Hold It Contemporary Home

The family turned the former library into the children’s playroom, with built-in shelving and pocket doors, creating a stylish and practical place to contain toys and more. "It’s a place of wonder for our kids, where we spend time doing everything from building Legos to making arts and crafts projects," their mother says. The room also opens up to the patio, offering easy access to the backyard and swimming pool.

A built-in banquette provides added storage and a cozy spot for breakfast cereal or an afternoon snack. At Bocken’s suggestion, the owners chose kid-friendly vinyl upholstery, which is easy to wipe down, and added tufting only on the backrest to avoid crumbs getting caught in the holes.

A modern ET2 light fixture illuminates a Ligne Roset dining set. The custom wall art is made from a piece of repurposed wood and painted to match the interior’s color palette. Light fixture available at Urban Lighting, artwork purchased on etsy.com

While most rooms were due for updating, the kitchen—command central—was perhaps the most in need. "The kitchen was a thing of the past, remote from the rest of the house and clearly to be used by a staff of servants." It was separate from the dining room and a butler’s pantry. Along with the help of his contractors, Sumac Development, Bocken opened up those spaces. The kitchen now blends into the dining room, which then leads to the patio and backyard. It’s where the family spends most of their time. "It functions as one area, where the lines between rooms are blurred, including inside and outside, yet each space is still uniquely defined."

Manicured flower beds, magnolia blooms, and a pair of wispy 100-year-old eucalyptus trees create a verdant landscape around the property. And oh, those charming shutters and that Juliet balcony! Bocken was able to refresh the inside while preserving the historic exterior. Minor improvements included a fresh coat of paint over the original 1936 redwood siding, an expansion of the brick patio, and removal of the gravel garden paths in exchange for more grass. Now the patio can accommodate seating for 16, a favorite aspect of the homeowners, who often host large gatherings and barbecues. "These memories and shared moments are what ultimately make our house a home." Barlow Tyrie patio furniture available through Grounded Modern Living in Encinitas

A Bocci light fixture hangs from the scaffolding and adds a contemporary glow to the traditional staircase. Bocken oversaw the installation and determined the lengths of each orb with "exacting precision." Stairway fixture from Urban Lighting

For the master bath, the couple chose brushed pulls and a marble finish. The same marble runs throughout the kitchen and the other four bathrooms (even the maid’s!), "giving everything uniformity and a cohesive look." Jack and Jill sinks allow both working parents enough space to get ready in the morning without bumping into each other.

In the couple’s suite, French doors open to a small balcony that overlooks the garden. Vibrant chevrons and stripes offer a chic contrast to the gray linens and carpeting. Pillows and throw by Missoni Home, Camerich leather chair available at Hold It