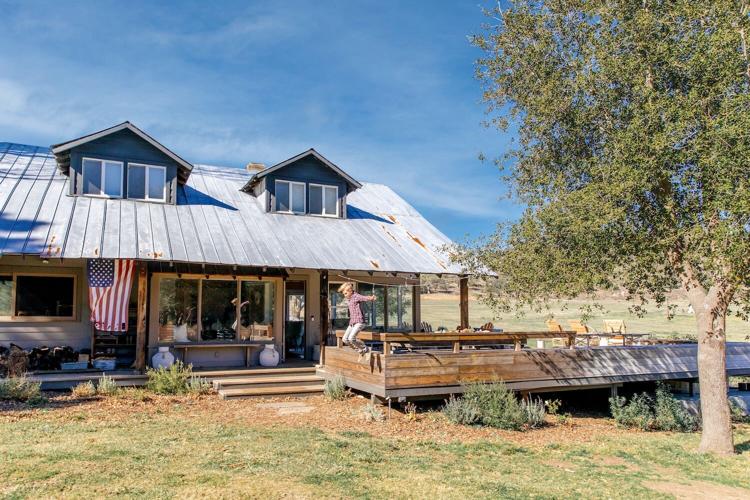 This historic farmhouse at Bailey Creek Ranch in Julian is now the full-time residence of the Combs family. Here, son Connor jumps for it. 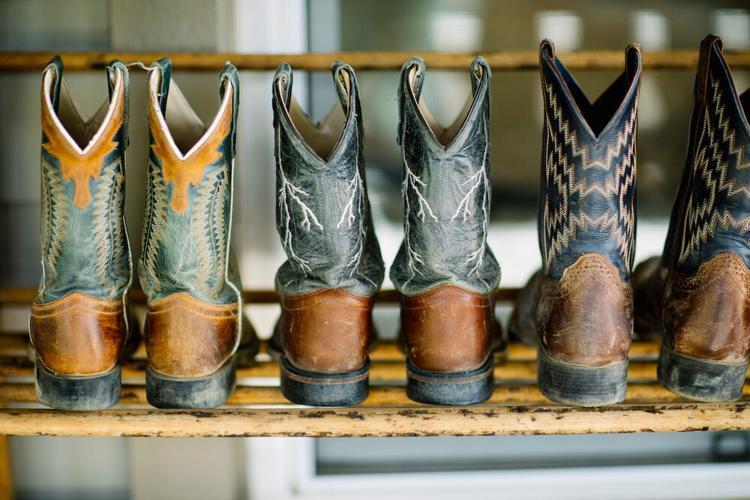 Boots are part of the uniform here 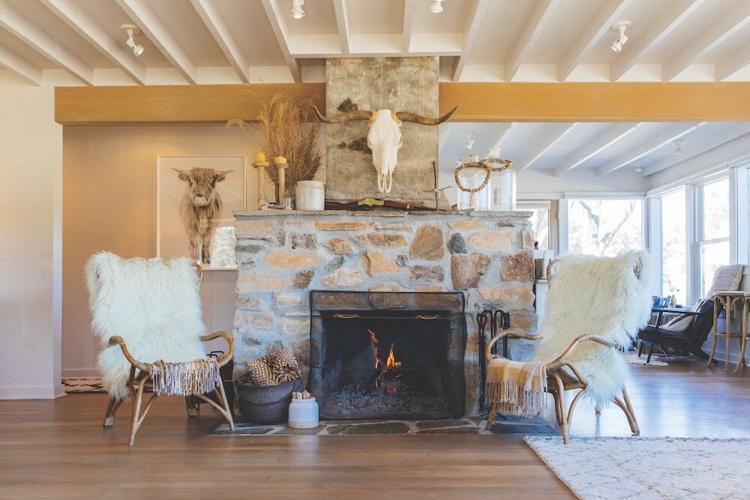 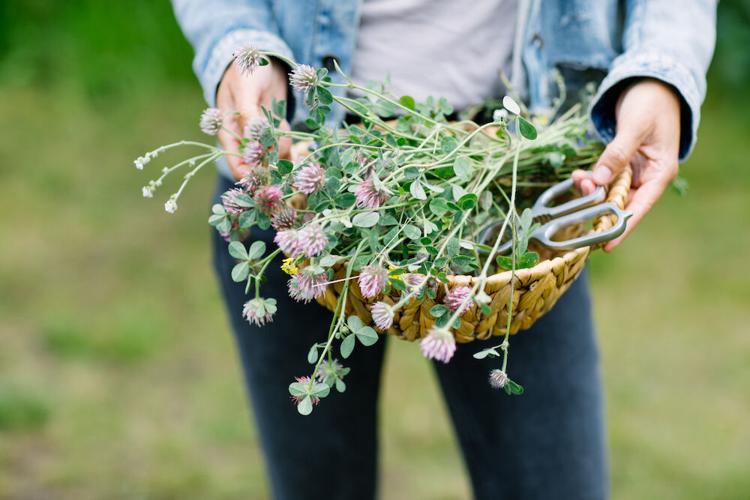 Wildflowers are ripe for picking 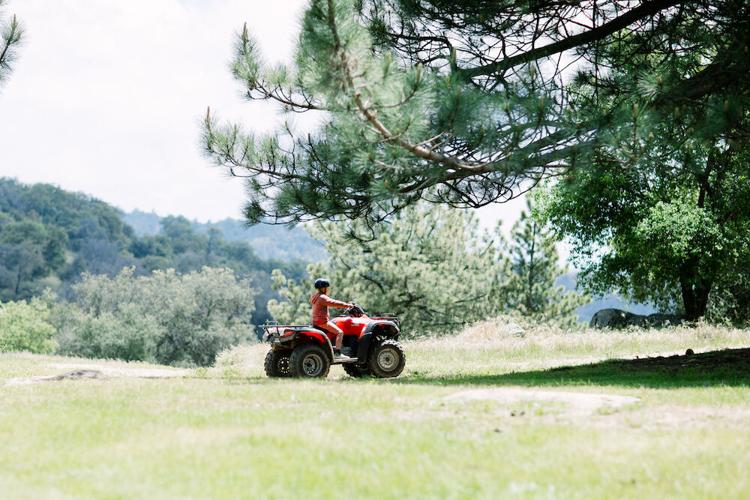 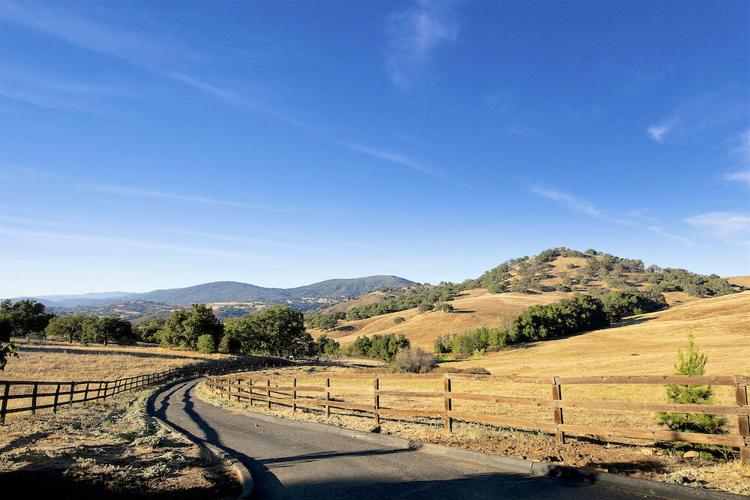 If slow pace and open space are the 2022 perks for second-home buyers, then Santa Ysabel Valley is the ultimate manifestation. 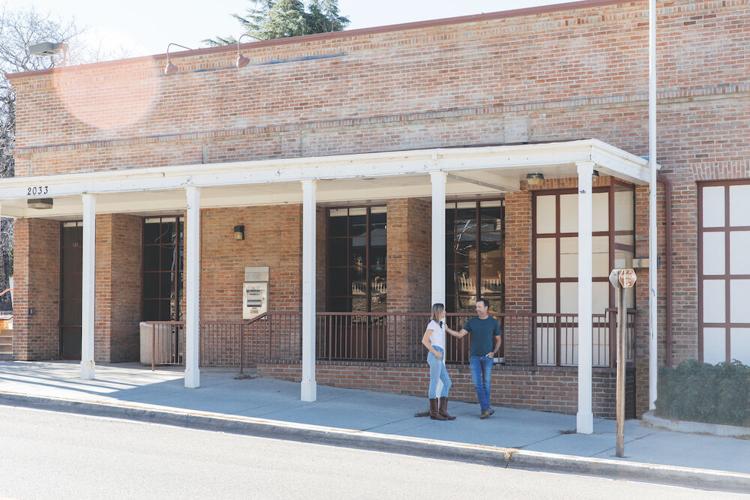 Christie and Brett Combs on Main Street in downtown Julian. They are transforming the old bank into Gold Days, a restaurant and distillery. 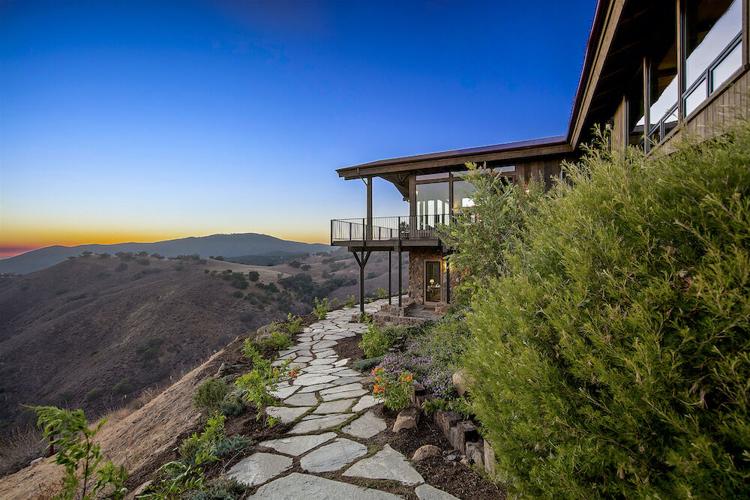 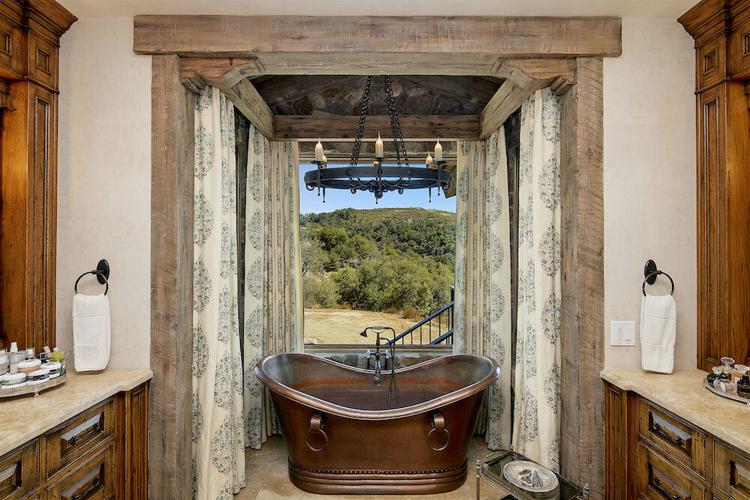 There's even majestic views from the deep-soak copper tub 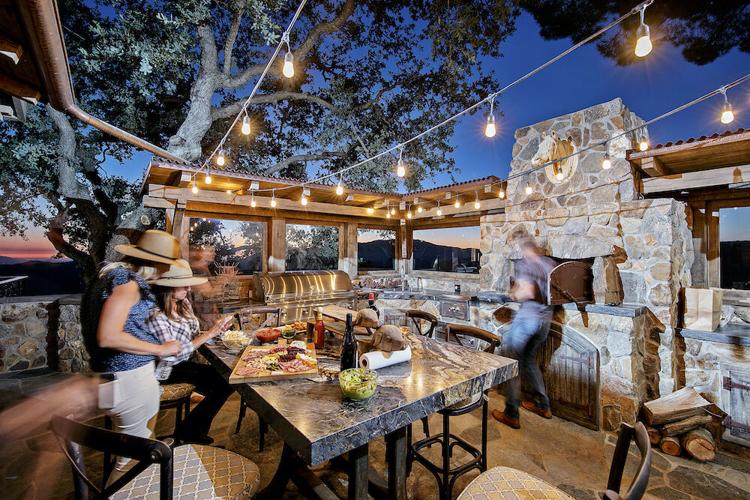 An alfresco party at the ranch 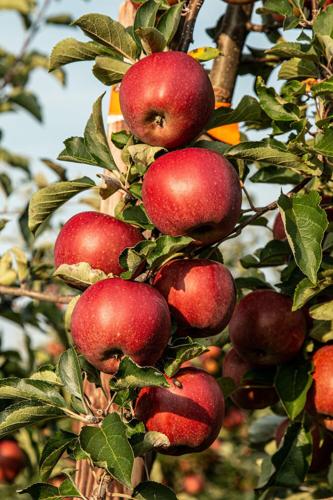 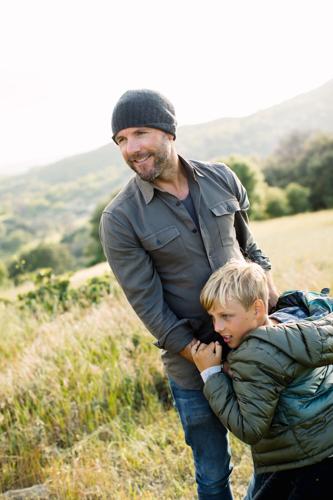 When Realtor Brett Combs first saw the rolling hills of Julian two years ago, he discovered his paradise. Now, the Del Mar native is ushering in a new wave of second-home buyers while dreaming up a high-end restaurant concept in the old downtown bank. Get ready for gold days.

Bumbling through an apple orchard with his son at the wheel of an all-terrain golf cart, Brett Combs and his family are in their element. He points to the Coast-to-Crest Trail, which runs all the way from this patch of Julian land to the dog beach in Del Mar, where Combs grew up. To the east, we make our way to the clapboard guest house, occupied by friends on most weekends, as the three boys beeline to the pond with their fishing rods.

“This is what everybody is yearning for,” Combs says. “Friends come here to stay and they want to return immediately. The nature here has this profound effect and it calls you back.”

Cue the second-home market. Combs is a visionary. When he first rescued Bailey Creek Ranch back in 2020, the 180-acre parcel with 4,000 fruit trees was on the brink of decay.

Today, the North County natives have brought it back to life, with a buoyant crop of certified organic apples, pears,  and peaches now sold at Jimbo’s, Be Wise Ranch, and the local community-supported agriculture program.

The plan was to split their time between the mountains and the sea. But then COVID came, followed by a door-knocking offer for their beach home even this Realtor couldn’t refuse. Today, Combs commutes to his office at Compass in Del Mar, although his new passion project puts him squarely on Main Street in downtown Julian. Yes, that Julian. When it opens later this year, his new restaurant and distillery concept, Gold Days, will be housed in the old brick bank building.

Expect an indoor-outdoor design dreamt up by North County’s Design 4 Corners and JN Tropea Designs, with a picnic area for families, bands, and cooking classes. The vibe: Old and New California with just the right amount of rustic.

“Julian is going to be far from just an apple pie place,” says Christie, Brett’s wife, who grew up in Rancho Santa Fe. “We have more traffic here than Cedros Avenue in Solana Beach. It’s a destination.”

It takes about 53 miles east until San Diego starts to look like a wholly different state. Minus Kevin Costner, Black Canyon Ranch is Yellowstone-ish. There’s the landing strip. The copper tub with the sexy big-sky views. But most of all—land, and lots of it. Santa Ysabel in eastern San Diego County might be one of the least likely places you’d call a real estate hotbed. Yet, it’s a golden time to rediscover towns like Ramona, Palomar Mountain, and Julian, according to Realtor Brett Combs, who invested in the area two years ago when he bought the 180-acre Bailey Creek Ranch.

“People want this expanse and freedom to be outside,” says Combs. “With our young boys, we have the ability to connect them  to nature, not just an iPad.”

San Diegans accustomed to flying to their vacation homes are reconsidering. Take the four North County bidders on the $9.9 million Black Canyon Ranch, an 11-bed, 14-bath, 29,066-square-foot estate overlooking Lake Sutherland. The sprawling 560-acre property features three parcels, four residential homes, a tennis court, and a landing strip with a hangar. Plus: There’s a working ranch with cattle, a greenhouse, and a barn.

It’s a place with an end-of-the-earth feeling—but still within an hour of the beach and 15 minutes to the buzzy Calico Cidery, which uses Bailey Creek’s organic apples. The parallels  that spring to mind are Ojai and Paso Robles in their earliest wonder years. In east Ramona, for example, young winemakers are starting to enlist cross-border talent from Baja’s Valle de Guadalupe to help them with the vines and navigate the microclimate. And in downtown Santa Ysabel, a local antique store has been reimagined by SoCal interior designer Gina Taylor.