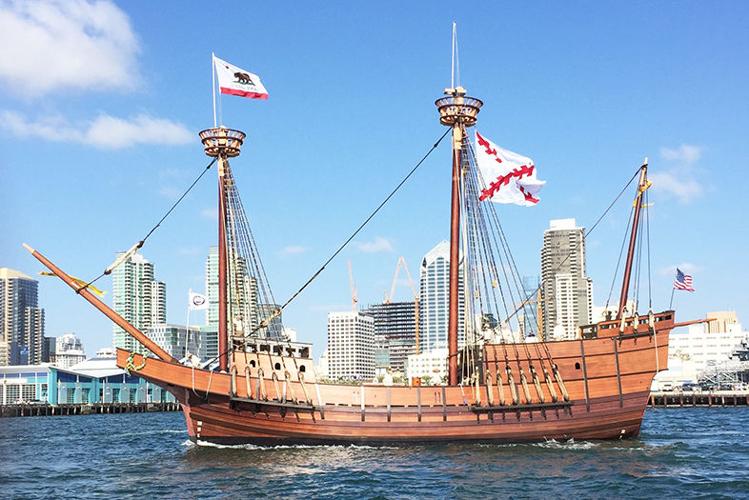 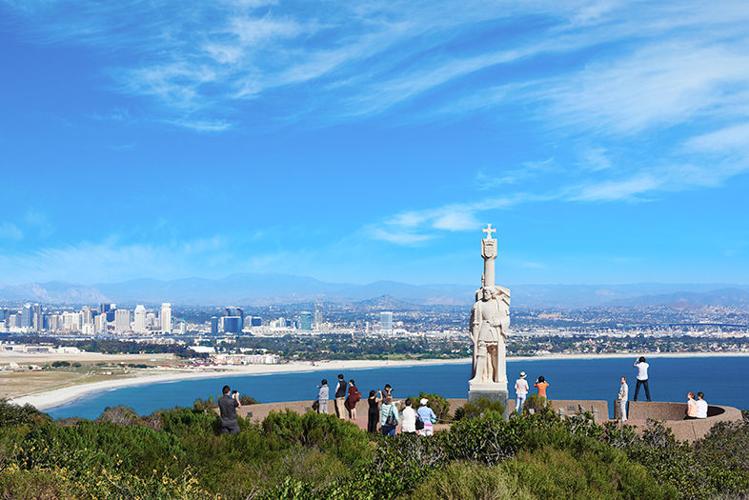 The name is omnipresent in San Diego. Cabrillo National Monument. Cabrillo Freeway (better known as the 163). The Maritime Museum’s replica of Cabrillo’s ship, San Salvador. Not to mention an entire Cabrillo Festival every September by the bay. This year’s celebration, its 55th, takes place in Ensenada and San Diego on September 17 and 28, respectively, commemorating the explorer’s arrival on those shores in 1542, 11 days apart. But perhaps most significant of all is that this year’s event will set straight the history of Cabrillo himself.

New plaques at Cabrillo National Monument will indicate that Cabrillo was Spanish, not Portuguese as commonly thought. The misnomer stems from a document dating back to 1602 written by Spanish chronicler Antonio de Herrera that recorded Cabrillo’s name as "Juan Rodríguez Cabrillo Portugués." In 1940, San Diego’s Portuguese-American Club perpetuated the idea, enlisting the support of the Portuguese government to honor Cabrillo with a statue. Neither did it help that National Park Service officials accepted plaques identifying him as João Rodrigues Cabrilho, despite founding documents of the Cabrillo National Monument as well as the Balboa Park Committee of 1913 identifying him as a Spaniard.

The story of Cabrillo’s life was documented mainly by Dr. Harry Kelsey in 1997. Thanks to a lack of conclusive evidence, he could only speculate about the actual place of Cabrillo’s birth. Kelsey, along with several other writers, correctly surmised that he was indeed Spanish. Recently, Dr. Wendy Kramer, a researcher from Toronto, uncovered proof of Cabrillo’s birth in Palma del Rio in Andalusia, Spain.

Cabrillo’s life story begins when he left Palma for Seville as a young man to sail to the Americas. He is thought to have served the empire in Panama in 1514 and then traveled to Cuba to become involved with Hernán Cortés as a boat builder. He participated in the conquest of Guatemala, married a Spanish woman in Seville in 1532, had several children, and continued to manage his estates in Guatemala until he was commissioned by its governor, Pedro de Alvarado, to build 13 vessels for an expedition to the Philippines and California.

The fleet embarked in 1542, but soon after, Alvarado’s death left three of the ships under Cabrillo’s command—San Salvador, La Victoria, and San Miguel. While the bulk of the fleet split off to cross the Pacific, Cabrillo sailed north. After landing at Ensenada on September 17, he reached San Diego and anchored at today’s Ballast Point on September 28, remaining for five days.

According to various historical documents, Cabrillo encouraged his crew to have friendly exchanges with the native people of San Diego and Catalina Island, both for their own safety and in pursuit of his ultimate goal—to find a short trade route to China.

His fleet visited the Channel Islands without remarkable incident until December 1542, when Cabrillo set out in a landing boat to retrieve a group of his crewmen from the rocky shore. "As he began to jump out of the boat," wrote eyewitness Francisco de Vargas, "one foot struck a rocky ledge, and he splintered a shinbone." Cabrillo’s condition worsened so quickly that many assume he contracted a bacterial infection from the injury. He died on January 3, 1543 and is likely buried somewhere on Catalina Island, though his final resting place remains unknown.

The explorer and his ship may be long lost, but we can commemmorate their historic voyage at next month’s Cabrillo Festival. The replica San Salvador—which has previously made trips to Monterey, Morro Bay, Santa Barbara, Oxnard, and Catalina Island—will spend several days in Ensenada to welcome visitors who want to experience what life was like aboard its namesake, joined by prominent figures like Ensenada Mayor Marco Antonio Novelo, Port Commissioner Hector Bautista, and Nico Saad, the festival’s president. On September 28, the ship will reenact Cabrillo’s landing at Ballast Point, joined by the mayors of San Diego and Palma del Rio, as well as the consuls general of Spain, Portugal, and Mexico, plus all honorary consuls residing in San Diego.

Iris Engstrand, PhD, is a professor of history emeritus at University of San Diego.