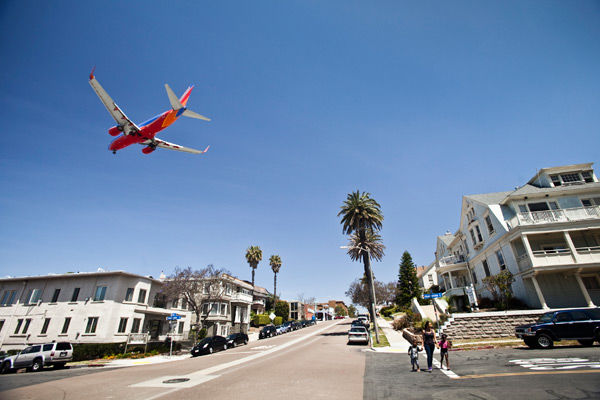 Some argue Bankers Hill is more of a passageway between the Gaslamp and Hillcrest, rather than a real neighborhood. Au contraire! Head to these new and classic spots to get an authentic feel for one of the best

places to live in SD.

Don’t miss: Opening July 27, the Ryan Travis Christian show features small black-and-white works from more than 80 artists, many of which are nationally recognized. Ryan is also putting together an after-party on July 27 at the Tin Can Alehouse. Should be arty and cool.

Chef-owner Christian Gomez mixes coffeehouse-style seating with delectable Latin-infused bites and bold wine offerings to create a tucked-away gathering spot for those with adventurous taste buds. The winebar setting can be cozy and relaxed on an off night, but more often it is bustling, since it only takes a few groups to fill this tiny place. Once somebody orders a pitcher of the famous Sangria, the party really takes off.

Recent addition: Gomez just rolled out a new small plates menu, formatted as a travel diary, with dishes inspired by cuisine from countries like Argentina and Panama.

Just a couple doors down from Double Break is one of San Diego’s best places to catch up-and-coming bands. Choose from more than 50 beers, most of them in cans (duh), while you watch up to five

New this summer: After several years of only serving beer, it now has a full cocktail bar.

The ground floor bar of this apartment tower has shifted from upscale classy to retro boozy over the decades, but that’s not entirely a bad thing. If Bankers Hill had a mayor, piano man Rick Lyon would be voted into office whether he liked it or not. Rick has been making all kinds of folks—young, old, hip, and square—slam their drinks and hit the dance floor every Friday and Saturday night for more than 10 years. Rick is a one-man keyboard karaoke powerhouse who can slow it down with Neil Diamond ballads and speed it up with Stevie Wonder soul tracks.

Planning tip: The House is a great after-spot following nearby parades and Balboa Park fests.