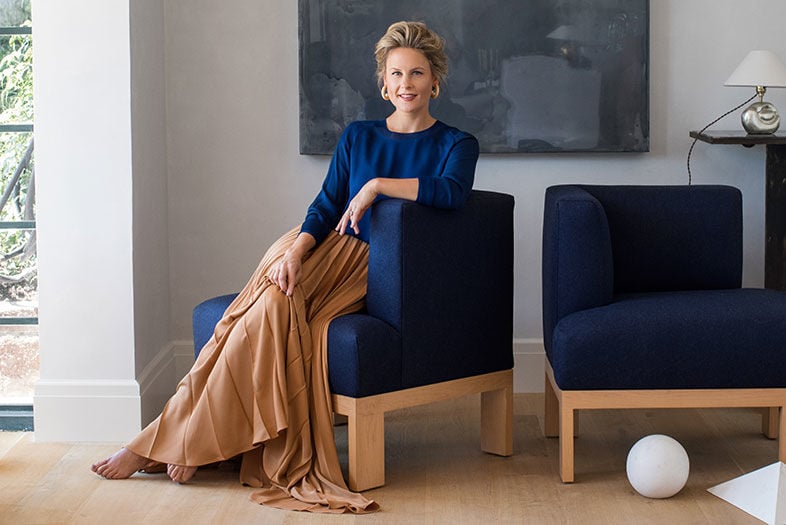 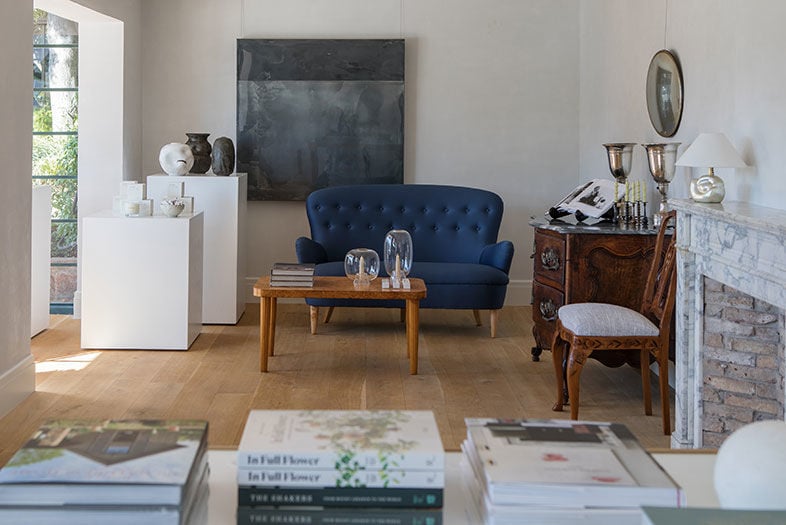 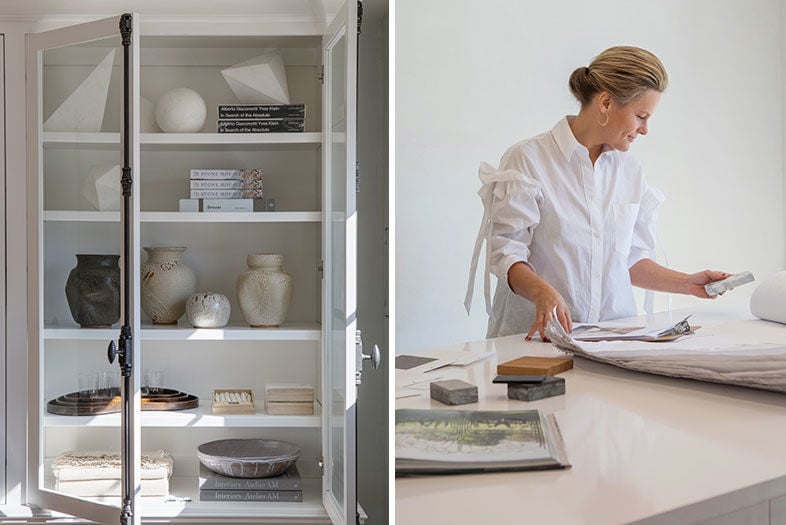 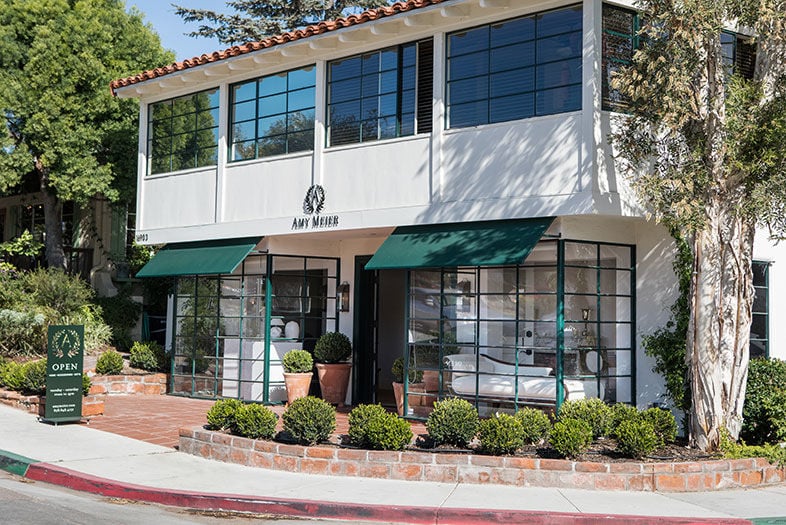 Amy Meier knows as well as anyone how to stake one’s claim: Put your name on it.

Which is why, after a decade of honing her sophisticated interior design taste—and with it, a loyal clientele—Meier used her own moniker for her first retail space.

The Rancho Santa Fe boutique is a corner unit with two entrances. The first, a single door on La Flecha, opens to the Amy Meier Design office, where she takes client meetings and consultations. Originally from Chicago, Meier studied fashion design at Parsons School of Design in New York before moving to San Diego and transitioning to interiors, which offered more opportunity for client interaction. She launched her firm in 2009 and opened her first office in the village a mere block from her current digs.

The second entryway, a set of French doors facing Avenida de Acacias, leads to the shop. "I’ve always wanted a retail store," she says. "The space was so perfect that I couldn’t pass it up when it became available."

Keeping in line with her aesthetic, the open-floor layout calms with its simplicity. In a roundabout way, that’s thanks to her kids. "They’re my biggest influence," she says of her five- and seven-year-old. "They’re noisy, have so much stuff. Here, I want everything to have its place. I want peaceful. I don’t do a ton of wild colors or geometric prints, just things that are calming."

There are larger antiques—consider a Louis XV chest of drawers and an English regency recamier—that Meier has hand-plucked during her travels.

"I’m constantly scouring," she says, noting she’s visited flea markets everywhere from Paris to Nashville. This spring she’s planning a trip to Prague, Stockholm, and Copenhagen to soak up Nordic styles and, fingers crossed, purchase a few pieces for the shop. "All good ideas come from seeing new things and meeting new people. I draw inspiration from my travels."

Then there are tokens created wholly for the store by makers from around the country. Take table lamps designed by Carol Leskanic in New York, coffee table trays by Erik Gustafson in Chicago, and, from La Jolla, ceramic pieces by Joe Skoby, and artwork by James Kendall Higgins. "It was a top priority to carry one-of-a-kind pieces, exclusive collaborations with artisans, and rare international lines that people haven’t seen before... and can’t get anywhere else."