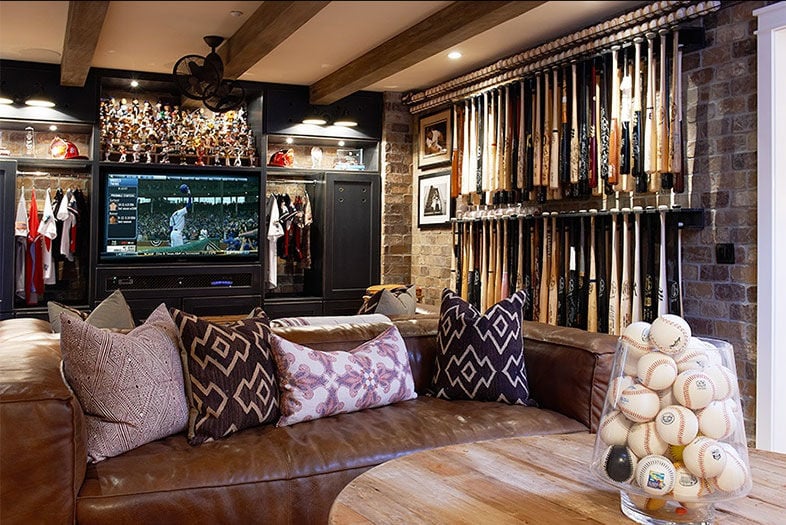 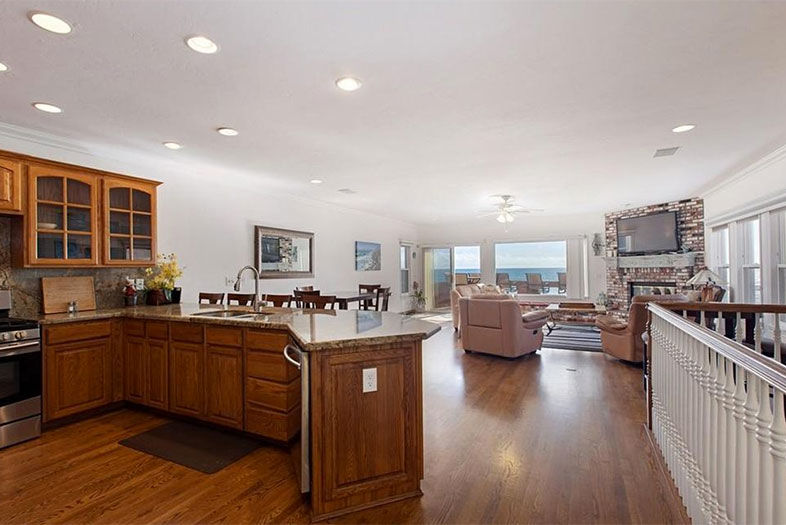 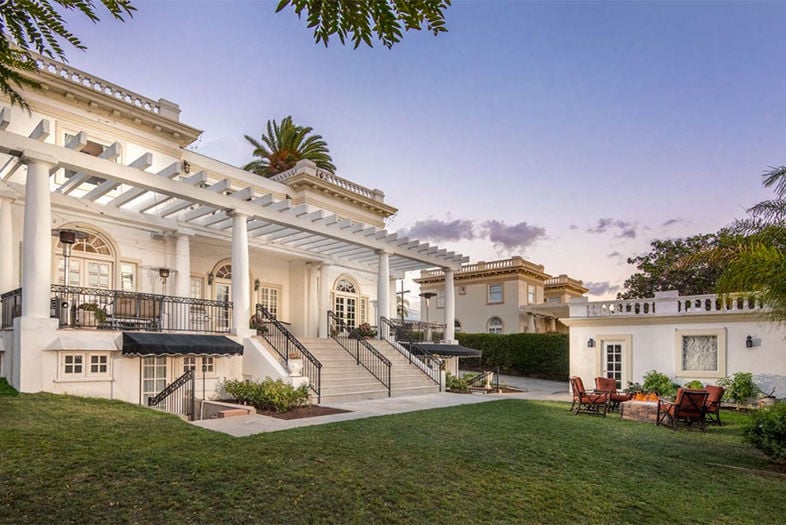 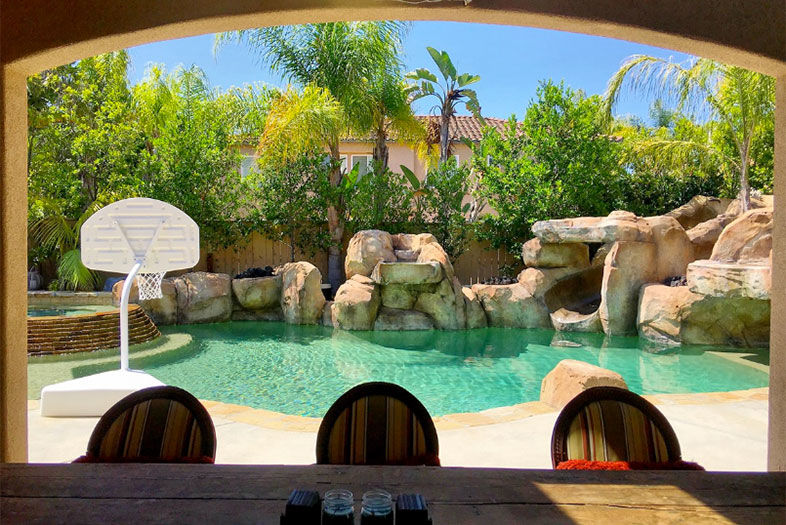 In case you missed it, the late Junior Seau’s seaside home in Oceanside is on the market. The 3,000 square-foot beachfront property has three bedrooms, a three-car garage, and a game and media room, and is selling for $3.2 million. The sale includes all of the furniture.

The official listing doesn’t say that the home belonged to the legendary San Diego Chargers linebacker. Seau committed suicide in the home in 2012, and autopsies showed he suffered from chronic traumatic encephalopathy, a brain disease caused by head trauma. Vigils were held at the home by Seau’s family and fans after his death.

The U-T looked at the history of the property and says this is the third time the home has been on the market since 2012. The latest owner has been using it as a vacation rental.

The centerpiece home of the "Three Sisters" mansions in Mission Hills is for sale for $2.9 million. | Photo by Woods Real Estate Services/Screenshot from Estately

You may have driven by a trio of white homes perched in Mission Hills and wondered about its backstory. The landmark properties, known as the "Three Sisters" mansions, date back to 1912 and were all originally built for one owner. Each house is now separately owned, and the centerpiece home is on the market for $2.9 million.

The two-story, three-bedroom house is almost 3,700-square feet and comes with a huge lot that has a clear view of the bay, airport, and Point Loma. The listing says the home’s architecture is significant and will most likely get a historic designation.

The house has five bedrooms, a pool and customized barbecue pit. | Photo by Desert Sea Real Estate/Screenshot from Estately

We stumbled on a listing in Black Mountain Ranch, and couldn’t help but notice the amount of baseball memorabilia throughout the five-bedroom, 4,100-square-foot home, and wondered whom it belonged to. A spokesperson for Estately says the home is owned by Padres closer and three-time All-Star Heath Bell, and it’s for sale for $1.6 million. The Bells did a great job decorating the place, and check out the customized barbecue pit in the backyard by the pool!

This isn’t the only place Bell owned in the neighborhood. It turns out he had another home just down the street, and recently sold it for $1.5 million.