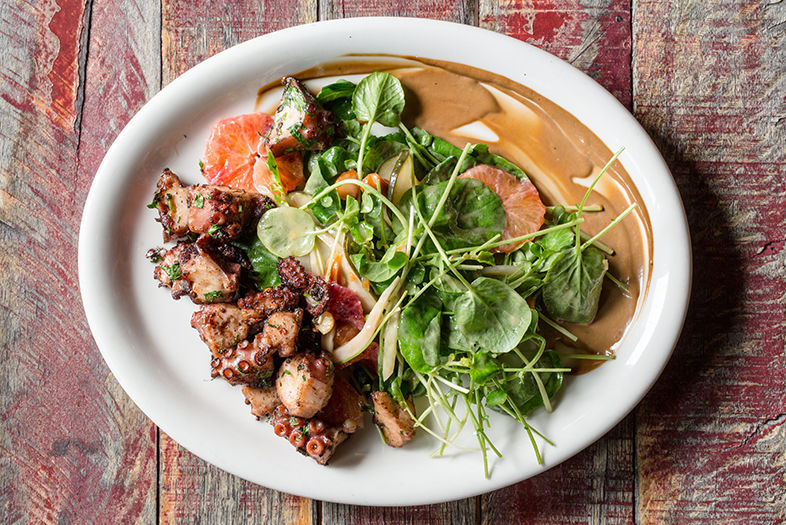 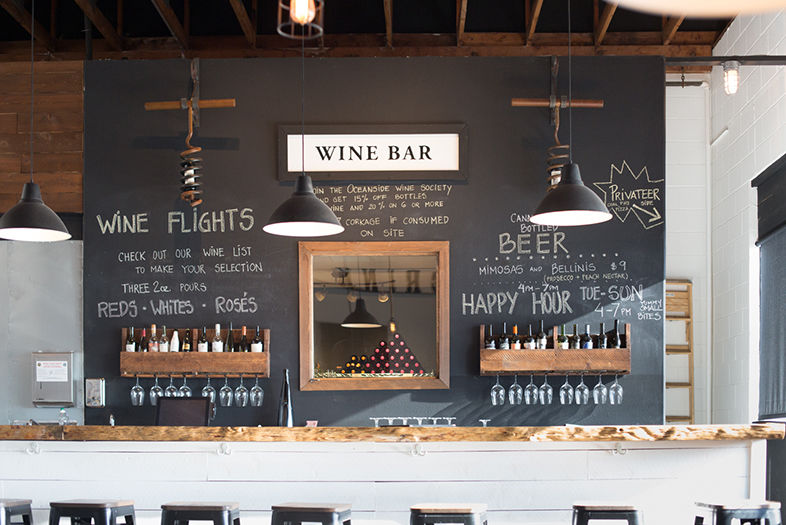 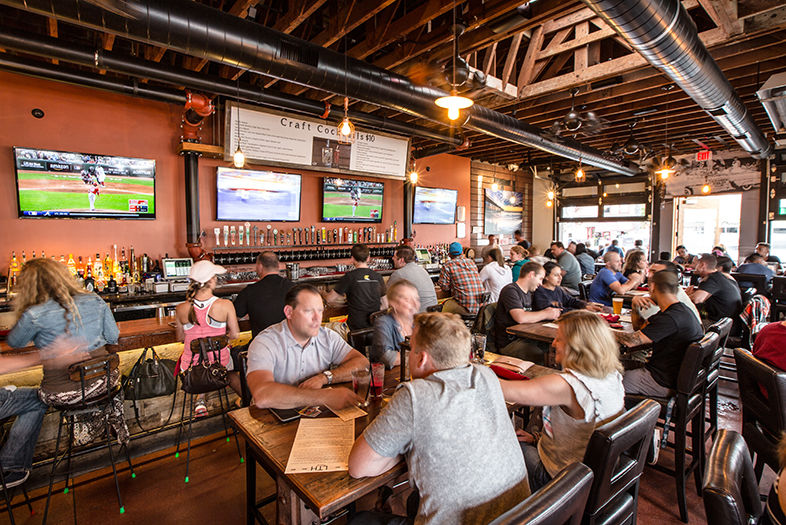 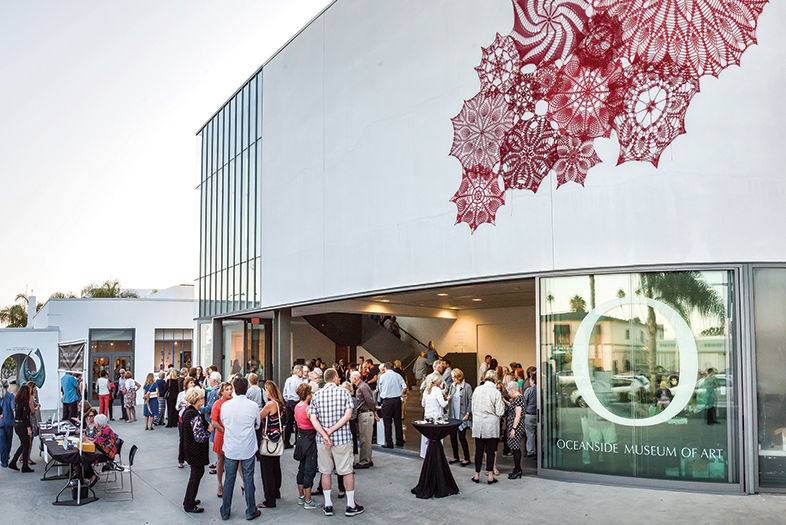 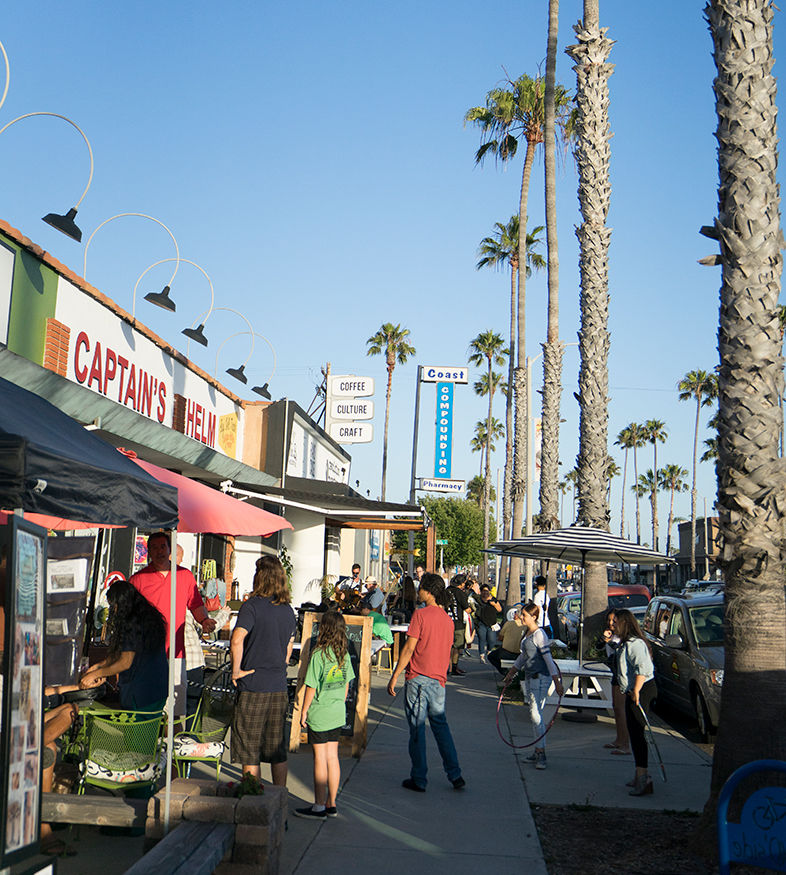 Most locals cite this gastropub as the start of South O’s current restaurant boom. Inside, it’s got the Austin-like garage-sale aesthetic, but pro service (owner Roddy Browning worked at Market Del Mar). Order anything pork.

Chef-owner Christine Loyola started selling all-day buns at the farmers’ market until popularity demanded this corner space. Now it’s where the whole city starts the day, sometimes at noon for the ham sammys.

Chef Davin Waite’s sushi joint is a tiny, eclectic box filled with knickknacks and skate-punk decor. Waite and his brother usually work the bar themselves, so sit there for an omakase.

This is the expansion of owner Charlie Anderson’s Privateer Coal Fire Pizza next door. They have open-faced sandwiches like house-smoked pastrami, plus breakfast pastries and desserts. Monday night’s stand-up comedy events are always popular.

This is where Oceanside gets its Peruvian food. Chef-owner Iole Revilla’s original rotisserie was so successful that she expanded into a full menu, and is opening a new concept next door. Try the lomo soltado and the aji de gallina.

After cooking at George’s at the Cove, chef Willy Eick opened this bistro on the main strip going into downtown. Dishes like short ribs in panang curry sauce are pushing the scene’s culinary acumen.

This little courtyard is where a lot of O’side chefs got their start, and right now it’s Staci Miller’s wine and craft beer bar with sandwiches, salads, small plates, charcuterie, and cheese.

This has become the social aorta for O’siders, with 32 tap handles of craft beer, a wide-open corner layout, and true farm-to-table food from chef Daniel Pundik.

A coffee and smoothie stop, where locals go for a liquid breakfast and pick-me-up like the "Radical Dang" with kale, hemp, banana, and mango.

Thursdays the whole city gathers in the downtown streets, starting with the Farmers Market (9 a.m.–1 p.m.), then moving closer to the beach for Sunset Market (5–9 p.m.).

On a plot of land tucked between very nice homes, farmer Luke Girling grows food for locals and chefs alike. Go Saturday mornings when his farm stand is open, selling the latest harvest.

Surf city has a long history of pretty, arty things, and OMA is one of the its top modern museums. Through the end of August, they’re showcasing work from 92 regional artists.

Every second Wednesday of the month from 5 to 8 p.m., South O’s shops stay open late and locals loiter, mingle, and jump from one storefront to the next, saying hi, tasting, sipping, buying.

One of the most creative vintage clothing stores in town, specializing in one-of-a-kind, hard-to-find items (Ted Nugent concert tees!). They also have a tiny coffee bar where locals get their espresso.

This trio of indie boutiques (two fashion, one floral) all share a space in true upstart collective style.

Absolutely loved seeing this article pop-up on my search list! Was looking to make Valentine's Day reservations in Oceanside this year and decided to test a few locations on the list before making reservations.

Your recommendation for The Jalisco Cantina was spot on! They're possibly my favorite Mexican restaurant in San Diego and Oceanside now! Excited to be back on Valentine's Day!