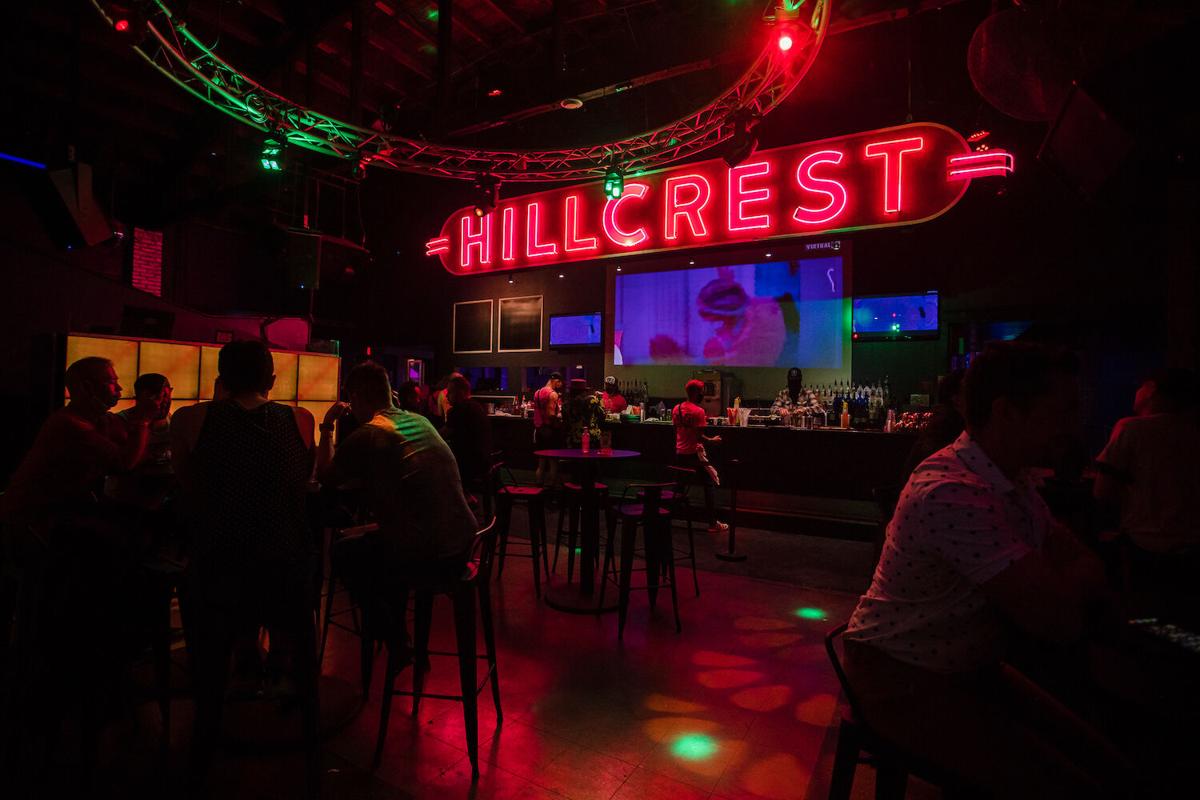 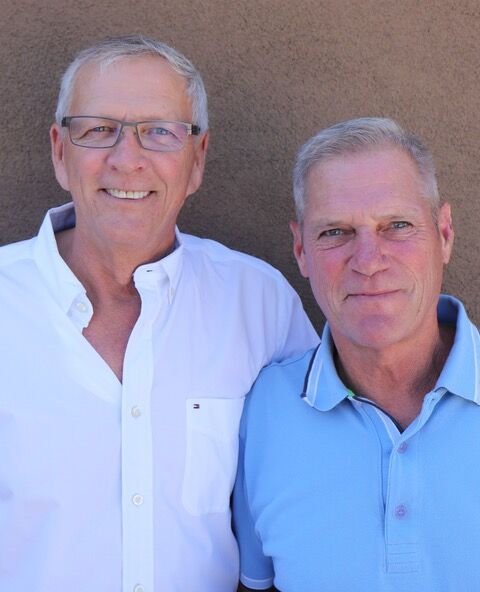 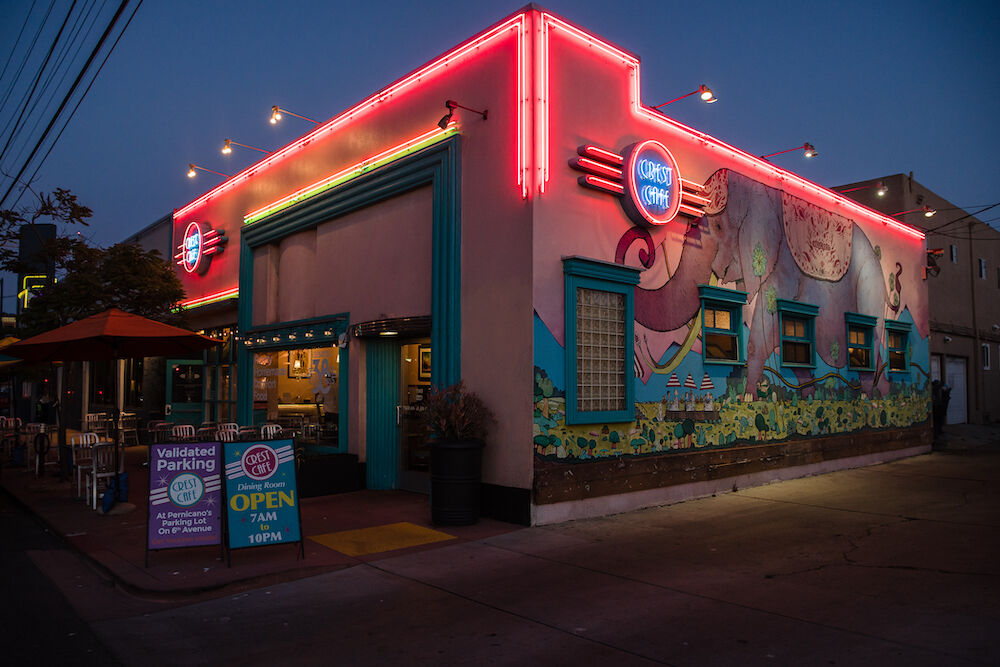 Blame the economy, the internet, or the pandemic—Hillcrest’s business district has experienced its share of contractions and revivals in the years since it became the center of San Diego’s gay community. A handful of stalwarts have persevered.

Chris Shaw and Doug Snyder have been together since 1983, but trace their local charity and activism back to at least 1979. Together they’ve built the Hillcrest bar-and-restaurant empire Mo’s Universe, consisting of Mo’s Bar & Grill, Gossip Grill, Baja Betty’s, Inside Out, and Hillcrest Brewing Co.

The LGBTQ community is stitched into the fiber of their being. Mo’s—formerly known as Hamburger Mary’s—is advertised as a “hetero-friendly gay restaurant.” Gossip Grill is considered Southern California’s last remaining lesbian bar.

“We’re gay owned and operated, so we’ve always catered to the gay community,” Shaw says. “They’ve given a lot to us. Without a strong community, we’re not going to have a strong business.”

Shaw and Snyder have long been a part of San Diego Pride and Hillcrest’s business associations. Before Mo’s, Shaw owned the popular gay club West Coast Production Co. on Hancock Street near the airport in the ’70s and ’80s. WCPC was one of the first Pride parade entrants to use a professionally built float, and their parking lot was the site of the Pride festival for a number of years in the ’80s.

Recently, Mo’s Universe establishments have benefited from outdoor seating on patios and in parking lots during the pandemic, even as capacity has been limited. As more people get vaccinated, Shaw expects patrons will be eager to get together for San Diego Pride. “Come with a lot of patience,” he advises, saying wait times might be longer during Pride week. “Let’s go with the flow so everyone stays safe.”

Luis Moreno brought a lifetime of restaurant business acumen to Crest Cafe when he purchased the comfort-food diner on Robinson Avenue in 1985. He was happy to cook homestyle fare for the burgeoning queer community.

“It was an eye-opening experience for an old-fashioned Hispanic man like my dad to come into Hillcrest,” says his daughter, Cecelia Moreno. “It was cool to see him go through that and learn and evolve.”

Cecelia and her cousin Ruben Medina now run the café, along with Medina’s son Enrique. The family patriarch passed away in 2017, but Cecelia says she

tries to operate the business as though she can still hear his sage advice. This year, for instance, she thinks he would have told her to “forge ahead, don’t close, and do what you can to keep people employed.”

Crest Cafe’s loyal clientele helped keep the diner afloat with takeout and delivery orders when indoor dining was curbed. The café also  received grant money from the Barstool Fund, a viral crowdfunding project helping small businesses squeezed by the pandemic. Cecelia Moreno is an active member of Hillcrest’s business organizations; she’s treasurer of the Hillcrest Business Association. Crest Cafe was one of the founding donors of the Hillcrest Pride Flag.

“Since Crest Cafe opened, the LGBTQ community has always been a central part of Hillcrest and who we are,” she says. “All ages, all races—it’s a diverse, welcoming, vibrant community.”

San Diego’s largest gay nightclub, Rich’s, celebrates its 30th anniversary this year. As of press time, health restrictions have kept patrons in the outdoor lounge and off the indoor dance floor, but owner Ryan Bedrosian says the limits may be looser by Pride week: “Hopefully, we’ll be able to throw fun parties with our local DJs, drag queens, and entertainers.”

The space has been popular ever since its origin as nightclub Mickie Finn’s in 1960. The venue was Metro and then Mr. Dillon’s before becoming Rich’s in 1991. Bedrosian signed on as general manager in 2008 and then owner in January 2020. Rich’s is a cultural landmark in Hillcrest, with a literal landmark inside: the 1984 neon Hillcrest neighborhood sign hangs above the front bar. It was replaced in 2011 with an energy-efficient LED sign.

“I’m so proud of what Rich’s has become,” Bedrosian says. “It’s important to me that Rich’s is always a place that truly represents all the different colors in our community.”