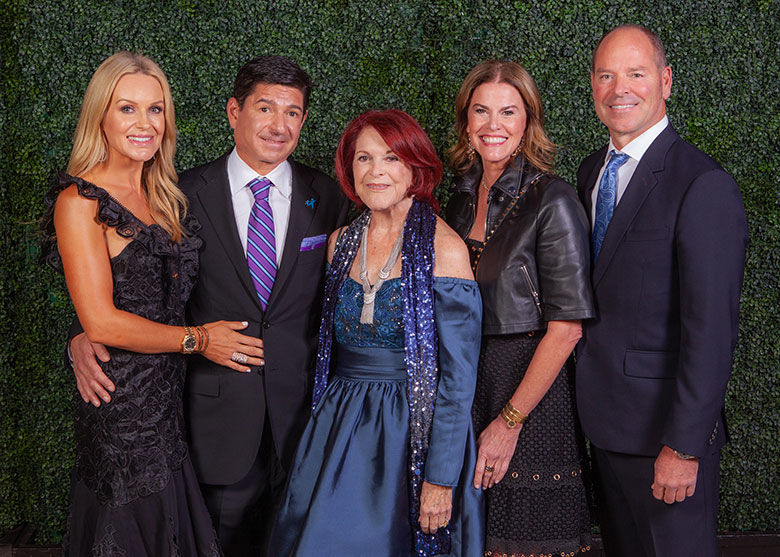 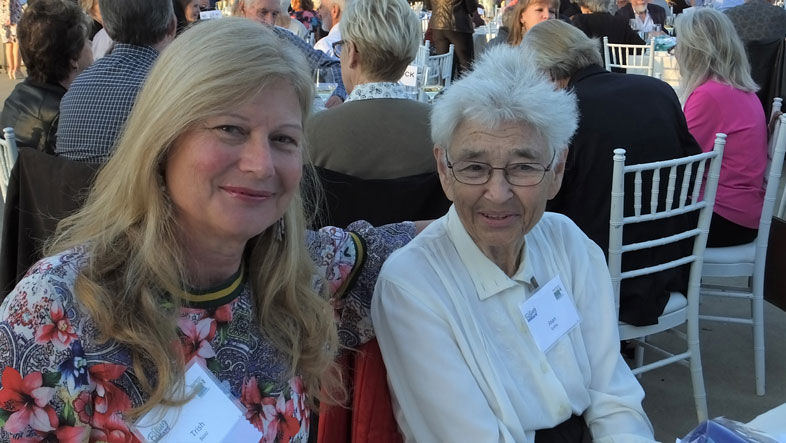 Guests dined on an exquisite menu by Chef Jeffrey Strauss of Pamplemousse Grille and enjoyed libations courtesy of Snake Oil Cocktail Co. There was a live auction as well as the premiere of the short film, Dear CASA, in which a foster youth thanks his mentor for changing his life.

"The 16th annual Starry Starry Night was an unforgettable evening," says Voices for Children President & CEO John Valencia. "We are so grateful to our Starry Starry Night co-chairs, Becca and Jason Craig, Cambra and Randy Finch, and Zoe and Eric Kleinbub, and to all the supporters who will help to make it possible for Voices for Children to provide a CASA to every child in San Diego County who needs one this year."

The special night featured a live auction and music—and a beautiful sunset, of course. Joan Griffin and her late husband, Monty, were presented with the "Heart of the Conservancy" award for their part in making the Coast to Crest Trail happen. REI received the "Corporate Partner of the Year" award.

Experience science and music at Salk

Also at Salk…is a free open house for all ages (October 27). The public is invited to dive into hands-on experiments, tour the campus, and screen the doc The Shot Felt ‘Round the World followed by a Q&A with Salk Professor Emeritus Walter Eckhart and Jonathan Salk. There will also be presentations on various topics (from plants to the science of architecture) by Salk faculty, and trick-or-treating for the kiddos

Bring a toy to donate

Spend your Friday with the USO! On November 9 (6:30 to 8:30 p.m.), USO San Diego will light a 35-foot tree at Seaport Village’s open-air courtyard. Bring toy donations to help surprise more than 1,000 active-duty military families served through USO San Diego, and enjoy photos with Santa, a presentation of Colors, and a performance by The All American Boys Chorus, plus free hot cocoa, candy canes. (If you can’t make the event, you can drop off gifts for kids up to 18 years old, or monetary donations, November 9 through December 18 at Seaport Village’s "Giving Tree." Many people do not know that while USO San Diego is chartered by Congress, it does not receive any federal or state funding.)

Got good news to share? Email us at goodnews@sdmag.com