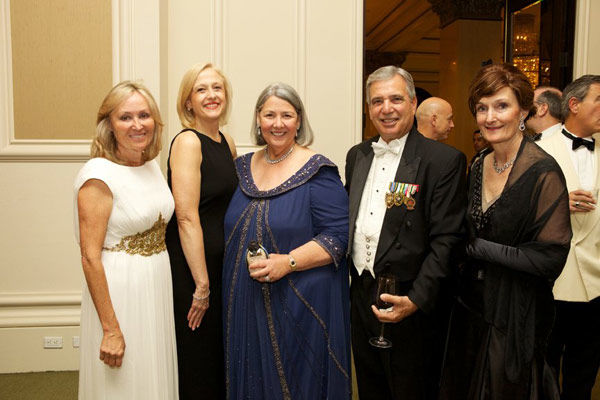 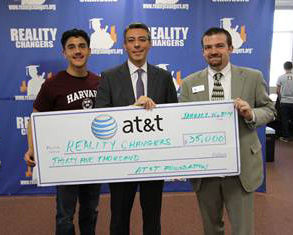 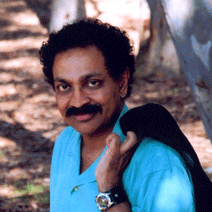 ARCs Scientist of the Year Ramachandran 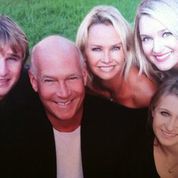 The KPBS Gala held on Jan. 11 at the US Grant Hotel raised $130,000 to support KPBS’ mission. The Gala was held to coincide with the season four debut of Downton Abbey. Cast members Lesley Nicol and Laura Carmichael were in attendance for the Gala. Sponsors of the event included CARS at the Platinum Level and Sharp Grossmont Hospital, Sycuan Band of the Kumeyaay Nation and Scripps at the Silver Level. Jackson Design & Remodeling, CYMER and Manpower were Bronze Level Sponsors. Additional support came from Honorary Committee Members Darlene Marcos Shiley, Audrey S. Geisel/Dr. Seuss Fund at the San Diego Foundation, Retha Evans Diener and Dr. Douglas Diener, Danah Fayman and Steve and Sue Hart.

Reality Changers received a $35,000 grant from AT&T at their 7th Annual State of the Inner City Address held on Jan. 15 at Reality Changers headquarters in City Heights. The support is part of AT&T Aspire, AT&T’s $350 million commitment to education. "Reality Changers has a unique way of engaging at-risk students in school and creating a pathway to a college education," said Ignacio De La Torre, Regional Vice President External Affairs AT&T California. "By bringing possibility into our classrooms and connecting students with successful professionals with a similar background, we hope to show the relevance of this type of work and further combat forces that drive students to dropout."

The San Diego Building Owners & Managers Association presented its 2014 Public Official of the Year Award to Walt Ekard. Ekard has recently worked as Interim Chief Operating Officer for the City of San Diego flowing his retirement from the County. He was honored for his significant contributions during his many years of public service, including as Chief Administrative Officer at the County of San Diego. BOMA’s Public Official of the Year award is presented to an individual who works beside BOMA to better San Diego’s commercial real estate industry.

The 2014 ARCS Scientist of the Year event will be held on Apr. 4 at Paradise Point Resort. V.S. Ramachandran, Director of the Center for Brain and Cognition and Professor with the Psychology Department and Neurosciences Program at the University of California, San Diego, will be honored as Scientist of the Year. Ramachandran is best known for his experiments in behavioral neurology which have had a profound impact on the way that we think about the brain. The mission of ARCS is to advance science and technology in the U.S. by providing financial assistance to academically outstanding U.S. citizens studying to complete degrees in science, engineering, and medical research. Since the San Diego chapter began in 1985, 1,080 Scholar Awards totaling $7,972,000 have been granted to graduate and undergraduate students.

The City Heights Partnership for Children managed by United Way, has a Partnership with 80 community organizations who are working together to identify the hurdles children face and use best practices to help all City Heights youth succeed in school and life. The Partnership is beginning its work with City Heights due to its high concentration of youth. Its vision is that as other communities are ready, this framework will be used to create sustainable, scalable efforts around the entire region. "By moving from disconnected youth support systems and programs to focused Collective Impact involving the entire community, we’ve created a framework that can be used throughout San Diego County," said Executive Director Tad Parzen.

Two benefit concerts are being held to raise money for The Loren Nacarrow Healing Garden at Scripps Radiation Therapy Center off Torrey Pines Rd. Nancarrow, an award winning journalist in San Diego, died after a 10 month battle with brain cancer. His wish was to help other cancer patients have a place to come to feel peace and tranquility. To date, $125,000 has been raised toward the goal of $500,000. The fundraising concerts are being held on Feb. 9 at the Belly-Up in Solana Beach and on Feb. 21 at the Reuben H. Fleet Science Center. Nancarrow’s son, Graham, will be performing at both events.