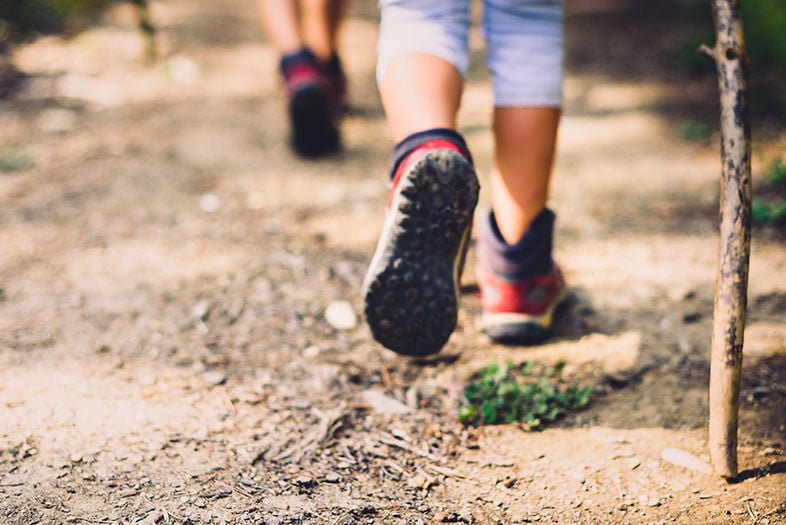 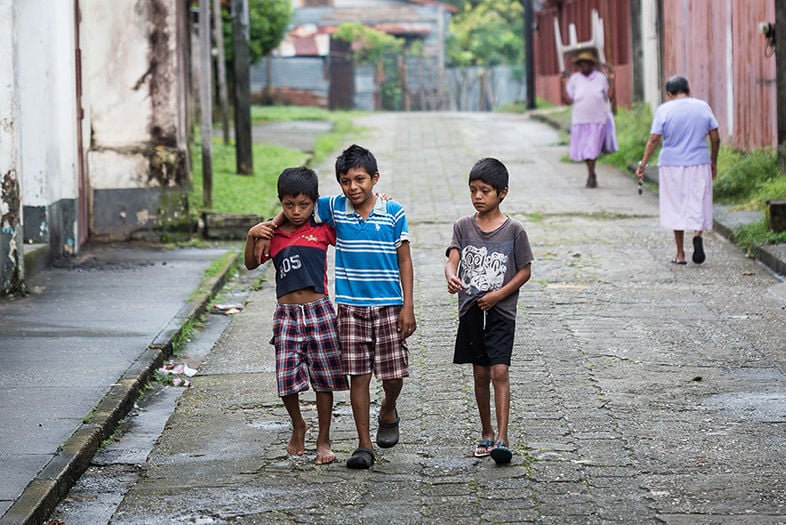 Most people know their employers will help them support good causes—by matching employee donations, sponsoring running and cycling teams, and the like. But some local companies are also finding different, more creative ways to give back. Just ask Andres Verjan, senior business strategist at marketing agency Oster and Associates. He’s been helping South Bay kids discover the natural wonders in their own backyards for the past seven years.

"It started in 2010, as a way for me to do something with my own kids that would get them away from their screens and electronics," says 52-year-old Verjan, who grew up in Tijuana and now lives in Chula Vista. "I’ve always been in tune with and interested in nature. We started to do family hikes on the weekends, getting to know our local trails. Family and friends started coming along and soon it was a big group of 30 to 50 people."

After about a year, Verjan’s daughter Alejandra suggested they include local schoolkids. So he approached the superintendent of the San Ysidro School District with the idea that taking elementary school students on hikes would be a great way to teach them about the natural environment in the South Bay and the history of the indigenous Kumeyaay people. Verjan’s educational hikes began with third graders at Sunset Elementary School, then spread to Ocean View Hills Elementary. Over the past six years, Verjan estimates he has introduced at least 330 students to the hidden nature and history of their neighborhoods, exploring Otay Lakes, the Tijuana River Valley, and Mission Trails Regional Park.

All along, Oster and Associates, which encourages its team members to dedicate time and effort to worthy causes, has supported Verjan’s efforts by giving him paid time off to prepare for and lead field trips during regular school hours.

"Out of 30 to 60 kids in an average group, only about ten percent know about the trails before we take them hiking," he says. "I do it for free, for the passion of the outdoors. I love doing it for the kids. It’s one of the best things I’ve ever done." Teachers say students are transformed on the trail. "Kids with attention problems get really focused; shy kids come out of their shells. It has a lot of benefits." His program also rewards the most attentive hikers with incentives like a voucher for a kayaking trip.

Years later, students who hiked with Verjan still recognize him in the neighborhood. Though he’s currently recovering from an injury, he can’t wait to get back out on the trail.

At the other end of the county, Doreen Quinn, CEO of North County Trade Tech High School, singles out H.G. Fenton Company for its support of her students. The 111-year-old real estate company grew from humble beginnings to 14 apartment communities and four million square feet of commercial real estate across the county. Now it helps the Vista school in a multitude of ways, from making nearly $600,000 in donations to providing paid internships for students.

"Before opening our doors, we took our concept for a trades-focused charter school out to the construction and real estate industry," Quinn says. "The industry was receptive and provided support, for which we’re grateful, but H.G. Fenton’s involvement has been nothing short of transformational."

This partnership has been providing training and experience for Trade Tech students both on and off campus since 2008. The company mentors students, offers internships, and sponsors the school’s H.G. Fenton GreenBuild Tech Academy—and it frequently hires graduates.

"We have been extremely pleased with the results at Trade Tech High and in how they engage the hearts and minds of students," says Kari Prevost, chief administrative officer at H.G. Fenton. "Our giving started with some modest funds to help get the school launched, but we continued to increase our support year after year as students flourished and we saw how the school taught them values consistent with our company’s values."

Also in Vista, family-owned Precision Measurement Engineering, a 35-year-old manufacturer and designer of freshwater and oceanographic instrumentation, lends its equipment to local organizations.

"Our water monitoring equipment is used worldwide by the military, research organizations, and municipalities to provide up-to-the-minute data on water temperature, algae levels, oxygen levels, and countless other outputs," says CEO Kristin Elliott. "We opted to lend out our equipment to Birch Aquarium and the Port of San Diego at no cost to them because they were working on aquaculture and research projects that benefit San Diegans, and we wanted to be an integral part of helping to provide that data to benefit our community."

Earlier this year, PME lent Birch Aquarium a device that allows scientists to see up-to-the minute oxygen and temperature levels in water tanks. The product has yet to be released, so the aquarium received exclusive use. Since 2016, the Port of San Diego has been using six PME devices to monitor water levels for aquaculture development in San Diego Bay.

Some local companies go abroad to give back.

A team of volunteer clinicians and surgeons from San Diego–based AMN Healthcare went to Guatemala, where they targeted a relatively harmless but disfiguring condition that causes children there to be stigmatized and ostracized. Strabismus, which creates a cross-eyed effect, can easily be addressed through surgery. The simple procedure can produce life-changing results for children, who are often bullied and treated unfairly in school, and discriminated against later in life in the job market and in their community.

Susan Salka, AMN Healthcare’s CEO, president, and director, says she was first introduced to medical and community work in Guatemala by Doug Wheat, the chairman of AMN’s board of directors. They sent the first group of corporate team members and clinicians to the country in 2013 and have returned every year since. AMN partners with International Esperanza Project, a nonprofit that focuses on medical missions, community development work, and the empowerment of girls and women in developing countries.

"It only took one trip for my heart to be touched," Salka says. "The experience is truly life-changing. I just returned from my sixth trip and I look forward to joining our dedicated team of volunteers each year. I know AMN Healthcare will be involved for many, many years to come."

This year, 110 volunteers, including 10 clinicians sponsored by AMN, visited Guatemala for a week. In that time they completed 144 surgeries, mostly strabismus corrections but also for other conditions, and saw hundreds of clinical patients. They also built a computer room for a hospital, set up water filters, and installed more than 70 cookstoves to help families prevent asthma and other health issues.

"I find this work to be deeply rewarding and helpful to my role as a business leader," says Salka. "It changes you—for the better. When you are here with your colleagues, we all work together. We learn to be flexible and creative in order to solve whatever challenge the day gives us—and there is always something that doesn’t go according to plan! But we all come together to ultimately make a positive impact for our Guatemalan families. Better still, we bring these skills back home, and we become better members of our community, families, and work team."

Giving back is good business for these local companies:

Jack in the Box supports organizations that help at-risk children.