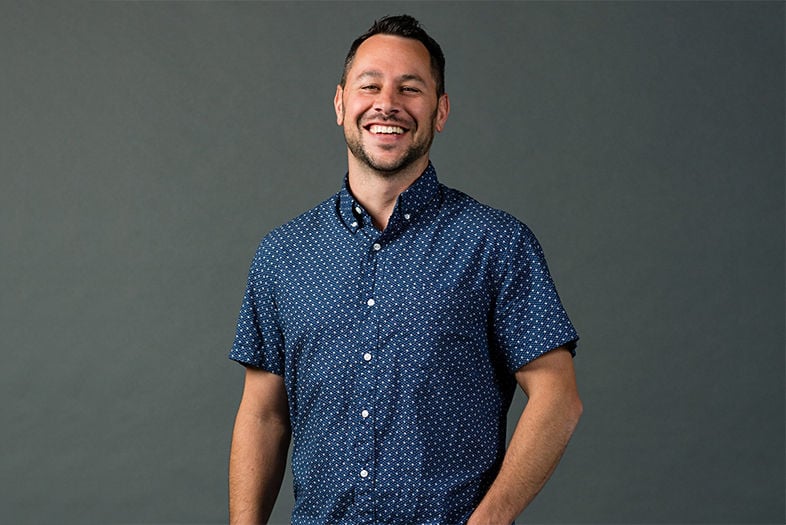 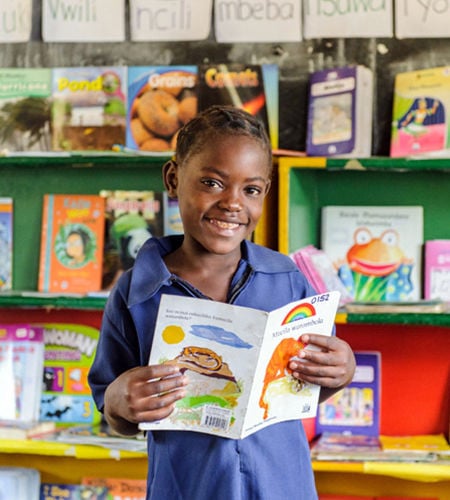 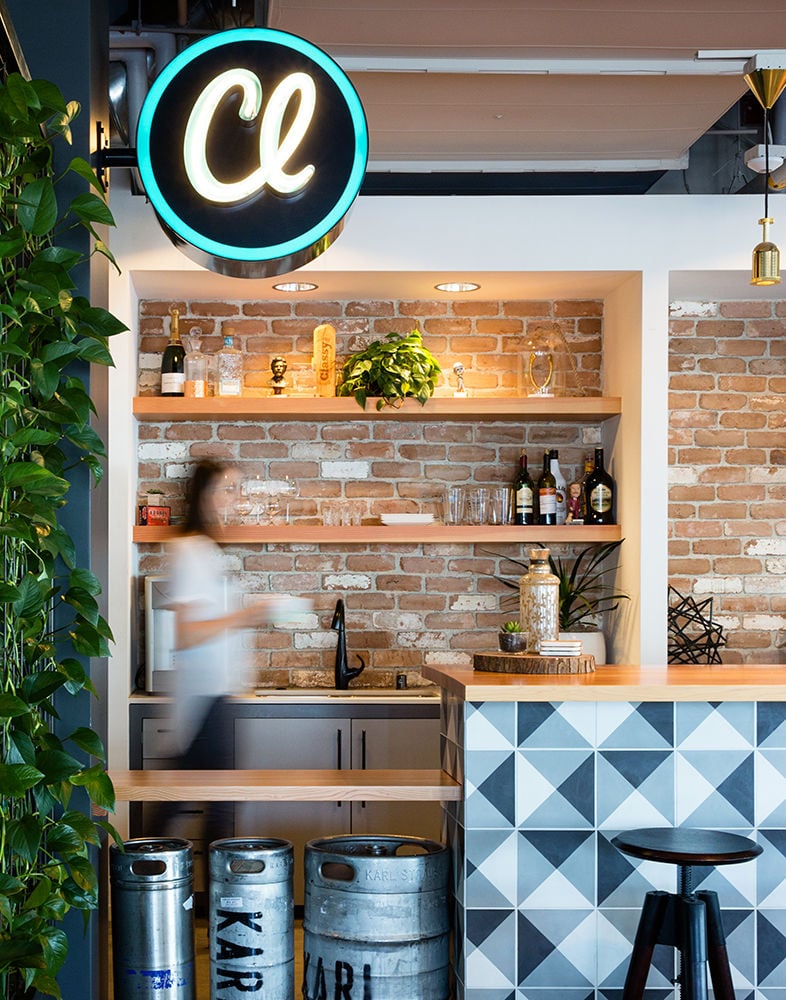 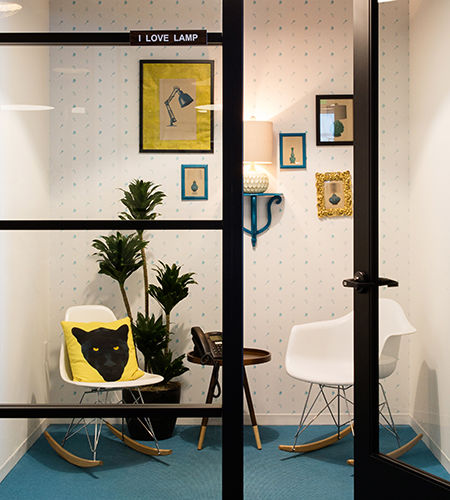 When San Francisco–based nonprofit organization Room to Read, which advocates for literacy and gender equality in education, ran into problems fundraising in different countries around the world, they went to San Diego software company Classy for a solution. Classy, which creates donation pages, crowdfunding sites, and other fundraising tools for nonprofits, was already aware of some of the challenges large charities face. Nonprofits address topics that are far-reaching, so it’s no wonder they have supporters all over the world. But those operating in more than one country typically use different fundraising platforms and accounting systems for each form of currency they accept and pay sometimes exorbitant international taxes and credit card transaction charges.

Room to Read has investors on five continents and a network of volunteers that fundraises in over 40 cities. There are also multinational corporate partners and locally organized fundraisers. Chief Development and Communications Officer Geetha Murali says Room to Read was lacking "an efficient tool to deploy globally that accommodated our international fundraising needs." She explains,

"Our supporters were using several different peer-to-peer platforms across various markets, which meant that Room to Read’s messaging and branding was bifurcating rather than having a global look and feel for all campaigns being organized in our name. In addition, we were faced with a time-consuming and inefficient process of collecting donor information manually across the various platforms."

Room to Read couldn’t find a solution in the marketplace, so they went to Classy to make one.

Classy also wanted to simplify the process for potential donors in addition to consolidating the various fundraising platforms. What they ultimately came up with was Passport, which allows an organization to create a donation, crowdfunding, or peer-to-peer fundraising campaign page that is capable of accepting 130 different forms of currency.

"It’s been the hope of a lot of these organizations that someone would come along and build something that could bring that all together into one platform, so they can run a campaign across borders, uniting all their donors," Classy cofounder Scot Chisholm says.

Passport works with the user’s device language settings to display the appropriate form of currency and address fields. It also enables a nonprofit to create a campaign that accepts multiple currencies, tracks how much of each is donated and from where, and can integrate with Salesforce software. Donors from all over the world can give in their local currency without worrying about the exchange rate on the back end, and Passport helps nonprofits with accounts set up in other countries process donations under one roof. "You can have a campaign in one currency, fundraising pages in 130 different currencies, and donors giving to those 130 different fundraising pages in their local currency," fellow Classy cofounder Joe Callahan says.

You can have a campaign in one currency, fundraising pages in 130 different currencies.

And Passport addresses another issue: Some of the campaigns Classy works with were garnering interest around the globe, but the potential donors in other countries checking out their websites weren’t actually giving a whole lot of money. "They were coming and visiting the pages; they were interested initially, but they weren’t resonating because the experience wasn’t local to them, didn’t feel familiar," Chisholm says. Classy found that those visiting the organizations’ websites actually end up donating money at a higher rate when they can use their local currency. Chisholm and Callahan call the concept "cross-currency."

Passport allows supporters to build their own fundraising pages and engage their networks regardless of where they live. In its first month using the program, Room to Read had over 70 active fundraisers. "We can now have a global fundraising campaign with the additional benefit of providing tax receipts in the currency the gift was made in," Murali says. "For example, a Room to Read supporter can commit to running a marathon in Switzerland to raise funds for our programs; set up a fundraising page to ask family and friends in London, San Diego, and France to make a donation; and each individual donor will receive a tax receipt in pounds, dollars, or euros."

To celebrate Giving Tuesday on November 28, Classy is giving away Passport usage for the remainder of 2017; it offers volume-based subscription plans thereafter. The timing is no coincidence. Chisholm says 30 to 40 percent of donations using Classy’s platform are made in the last three months of the year.

Classy is now at the top of its game, but the leading online and mobile fundraising platform for nonprofits is just 11 years old. It started with a simple idea: a pub crawl to raise money for the American Cancer Society. Chisholm, a Boston-area native, had been in San Diego for a couple years when he and his roommates realized they had more in common than their Mission Beach apartment; most of their lives had been profoundly affected by cancer. Chisholm’s mother is a breast cancer survivor who had undergone two bouts of chemotherapy and radiation.

"So, we were settling down in San Diego and instead of just being 24-year-old beach bums, we were brainstorming a way to get involved with the American Cancer Society here," he says. It so happened that Anchorman was playing in the apartment when the idea popped up, and with the help of the titular character’s catchphrase "You stay classy, San Diego," the Stay Classy Pub Crawl was born. The event was a success and brought in $1,000, but the American Cancer Society wouldn’t accept the proceeds because they weren’t from an officially sanctioned event. The crew had to wait until a fundraiser a couple weeks later. The ordeal left a bad taste in Chisholm’s mouth, but it inspired the group to begin hosting their own fundraisers. In the beginning, he says, their mission was to "bring young people into the fold, and get them exposed to philanthropy in new and fun ways." That evolved into Classy, which in its first iteration was an event registration platform that allowed users to buy tickets and raise money via social media. The charities being supported took notice. Chisholm says that was when "the lightbulb went off."

Classy got a foothold in the technology market around the same time crowdfunding sites like Kickstarter and Indiegogo were gaining traction. Chisholm says such websites "softened the beach" for nonprofits looking to grow their online presence, but had also become competitors eroding the donor base. "Crowdfunding has made the fundraising space in general very noisy," he says. "Everyone’s asking everyone for something." They were also heavily branded, so Classy took a different approach. Its platform is "entirely white-label" and allows potential donors to focus on the campaign without mention that the page was powered by Classy. "That connection between the nonprofit’s brand and the supporter, we found, is critical to building trust, allowing that person ease, and improving the probability that they’ll give in the first place."

The company continued to evolve and now creates a variety of fundraising tools for nonprofits. Its technology is used by about 3,500 philanthropic agencies, "from the smallest mom-and-pop organizations all the way to international NGOs like the World Food Programme and Oxfam."

So, what’s next? Chisholm says Classy will focus on how to get one-time donors who aren’t especially familiar with the organization they backed to give again, and go on to become lifetime supporters. Around 60 percent of donors never give to that particular campaign again. Classy is cooking up some ideas to spur more recurring giving, like organizations showing supporters what their money was used for, and making interactions feel more personal. But ultimately, Chisholm says, how to turn people into lifetime donors is "the million-dollar question."