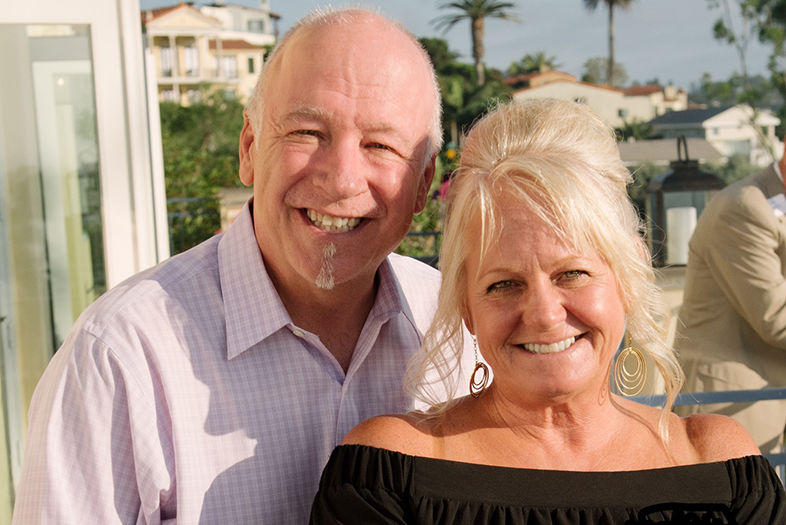 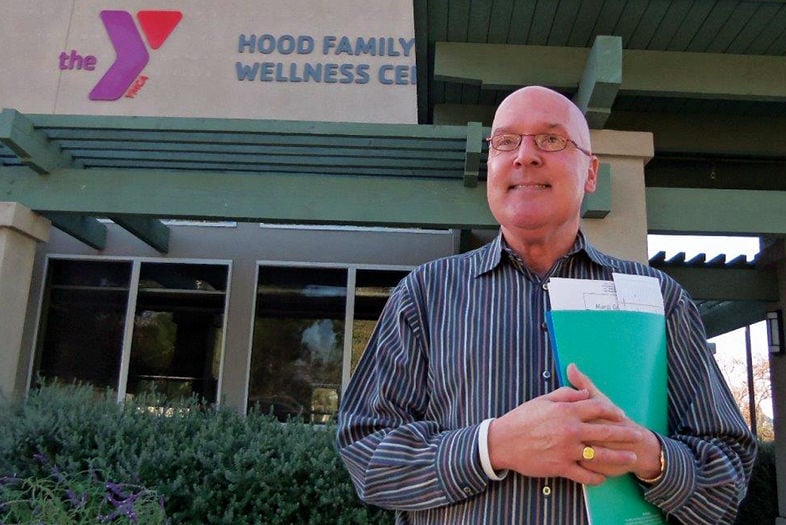 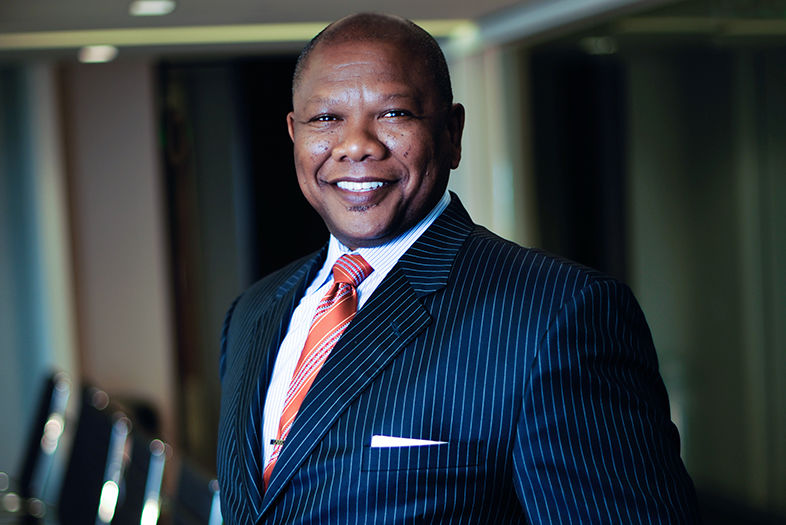 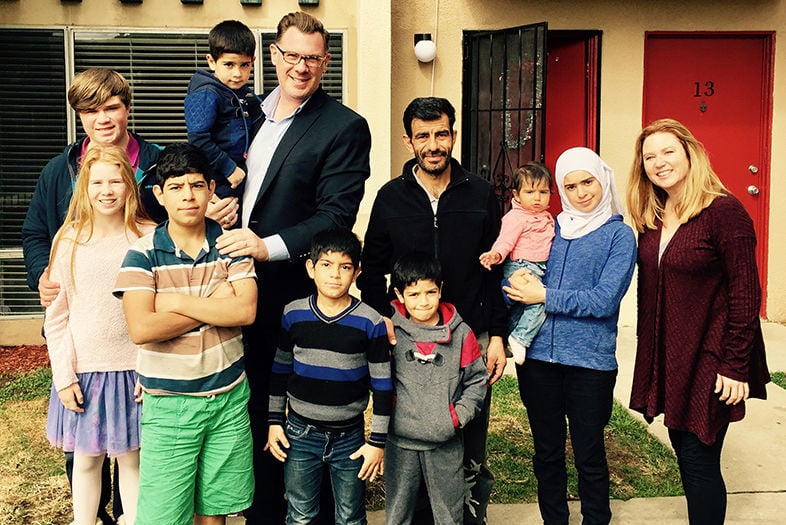 The couple donates time and raises money for GenerateHope, which helps trafficked women in San Diego. The Starkeys hosted a "swim-a-thon" that brought in $10,000 and host a benefit concert called Queen of Hearts.

I was introduced to the issue of sex trafficking at my church, then I visited the GenerateHope safe house. We were deeply affected by the struggle these women face. The problem is much larger than any one of us thinks, and so few resources are available to rebuild these victims’ lives. We had to get involved.

Giving is a calling. It’s a higher purpose, and it’s different for each of us. For me, it’s about making a difference for someone, when all else is stacked against them. Sacrificing time and money and applying whatever talents you have is the real meaning of philanthropy. And if you can influence one other person and they influence another and so on, it is a special impact.

The whole act of giving is not to focus on receiving, but the feeling of helping is a true joy. And to share that with my wife, family, and close friends is reward enough.

Mike Hood, a retired senior vice president for California Bank & Trust, has been involved with the YMCA of San Diego County for several years. He’s now a board member and part of its Heritage Club, which recognizes those who give to its endowment fund or include the YMCA in their estate planning.

I joined the YMCA approaching my 30th birthday. It was eye-opening. Growing up, exercise was all about coaches yelling at you. But this was about health, social responsibility, and giving back. Later on, I became an East County Family YMCA board member, but didn’t know what I was getting into from the fundraising side. I felt like a fish out of water, but that turned around when I became chair of the Youth and Family Services committee and was raising money for a cause. However, my biggest realization came when I understood that I needed to not only give myself, but also share my passion with the people I cared about. When I mentioned to my mother that I’d agreed to help raise $2.7 million to renovate Davis Family YMCA in La Mesa, and had no idea where I was going to get it, Mom said, "I might be able to help." The Hood family donated $1.5 million, and that was the start of the Hood Family Wellness Center, although we initially stayed behind the scenes. Later, I had a defining moment. A member told me that after his wife died, if it weren’t for the Y, he wouldn’t have been able to go on. The YMCA became his family. That concept resonated with me. Anyone can be a family. The YMCA is a family.

It means everything—it’s the most important thing I do! To me, philanthropy is about investing in people. Last year I retired after 40 years. I realized my career no longer meant anything to me. What kept me going was the work I do for the YMCA. Even though the Y is a large organization, you make a difference.

Being in banking for so long, you get used to talking investments, stocks, bonds, etc. However, donating my time and getting my family and friends to do the same has been the most important and most meaningful investment I’ve ever made.

Volunteer or donate to the YMCA’s annual campaign or the Kids to Camp program, which helps children with special needs go to summer camp. According to the YMCA, $50 can fund a gymnastics session, $100 can provide three kids with swim lessons, $500 can give a kid literacy support for a year, and $1,500 could provide two months of mentoring for 10 children.

Dave Carothers is United Way of San Diego County’s chairman of the board and is a partner at labor, employment, and immigration law firm Carothers DiSante & Freudenberger. He’s also in United Way’s Tocqueville Society, which recognizes annual donors of $10,000 or more.

The passion I have for defending my clients inspires the responsibility I feel to contribute to causes I believe in. I think it’s great to support organizations you believe in any way you can. When people come together with a shared vision to better the community and encourage opportunity, positive change happens.

Uniting people from diverse backgrounds to work toward a common goal has allowed me to experience something larger than myself. I have gained a sense of community and responsibility for ensuring San Diego’s children and families receive all the resources available to them.

Give, advocate, or volunteer. It takes all of us to create lasting change for families and kids facing social, educational, or economic challenges.

The couple sponsor a Syrian family through Heart4Refugees. The family of eight fled their home with only the clothes on their backs, traveled hundreds of miles to Jordan, then made their way to a United Nations camp where they were chosen via lottery to come to America. According to Heart4Refugees, more than 1,000 Syrian refugees have arrived in San Diego County since May 2016.

AW: It’s a daunting time in the national dialogue, and that has woven in a "me, me, me" attitude, which doesn’t leave much opportunity to help out somebody who is desperate for human interaction and a little luck to get them on their way. This was a wonderful opportunity for us to feel good about being a part of something far greater than ourselves. This family literally had nothing. I don’t know how another human being could possibly look the other way.

AW: I don’t like the word "charity." You just need to help somebody out when they need it. I’m hopeful that if I were ever in a situation like that, somebody else would help me. It’s easy to look the other way. It’s another thing to actually roll up your sleeves and say, "Okay, where can I make a difference?"

AW: It’s been a wonderful opportunity to see how small this world really is and how each individual can make a difference if they just give it a try.

JC: It’s been a great experience to show this to our two children so they can realize firsthand that there are people who don’t have anywhere near what they have, and feel like they can make a difference, too.

AW: You don’t need to be a miracle worker or have all this discretionary income to support another family. You just need to be able to show compassion and empathy, and everything else will get figured out along the way.

JC: They’re also looking for friendship. It’s really isolating to come here and not know the language or have a job.