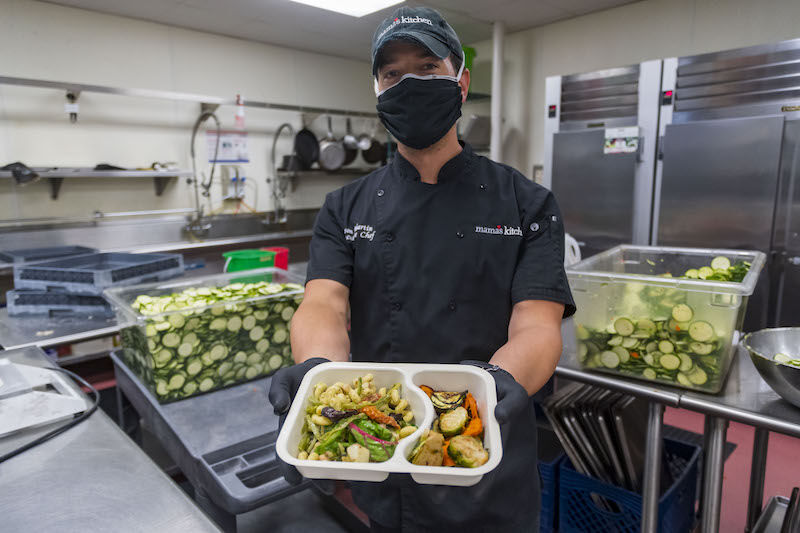 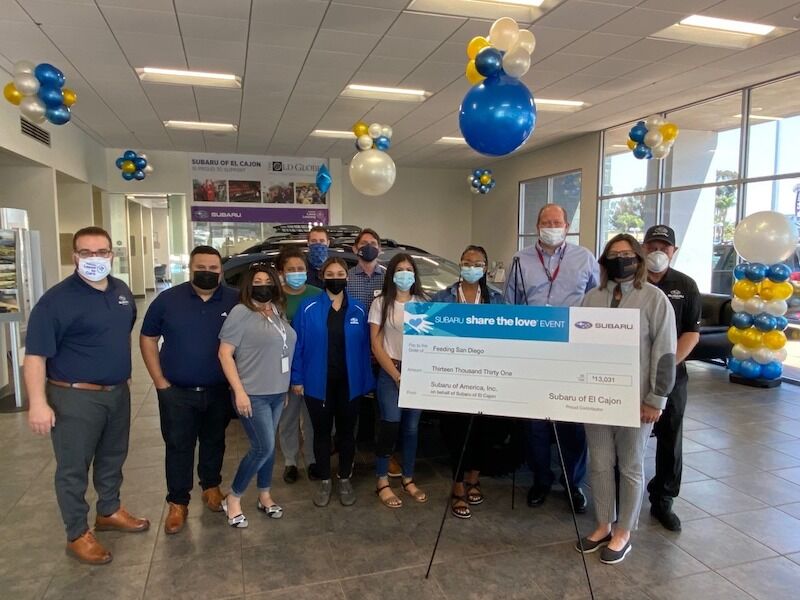 The Subaru of El Cajon team presents a $13,031 check to Feeding San Diego

Mama’s Kitchen will host a virtual version of its beloved Mama’s Day culinary fundraiser this Friday with Sam “The Cooking Guy” Zien returning as host and Chad Michaels of RuPaul’s Drag Race fame as a special guest. Now in its 30th year, the Mama’s Day event raises money to help the nonprofit deliver medically tailored meals to critically ill San Diegans at no cost. This year’s goal is to raise $85,000.

“Although we can’t be together in person, we look forward to bringing together our community partners, supporters, and friends to virtually celebrate 30 years of Mama’s Day,” says Alberto Cortés, CEO of Mama’s Kitchen.

General admission and VIP tickets are available at mamaskitchen.org and range from $150 to $250. Each includes a multicourse dinner catered by Hyatt Regency La Jolla at The Aventine, a party box, and access to the virtual event.

Subaru and its distributors donated nearly a million meals to Feeding San Diego, part of the Feeding America network of food banks, to support people affected by the COVID-19 pandemic. That figure included contributions from local Subaru dealers, such as Subaru of El Cajon, which raised more than $13,000 for the nonprofit.

The donations were among the automaker’s 2021 pledge of 100,000 meals to Feeding America, doubling its commitment made last year at the start of the pandemic.

“While recovery is on the horizon, the demand for food assistance remains high and resources are needed,” said Dan Shea, CEO of Feeding San Diego. “We are immensely grateful to Subaru of America, and our local retailers, for the generosity they have demonstrated and their commitment to ending hunger, year over year.”