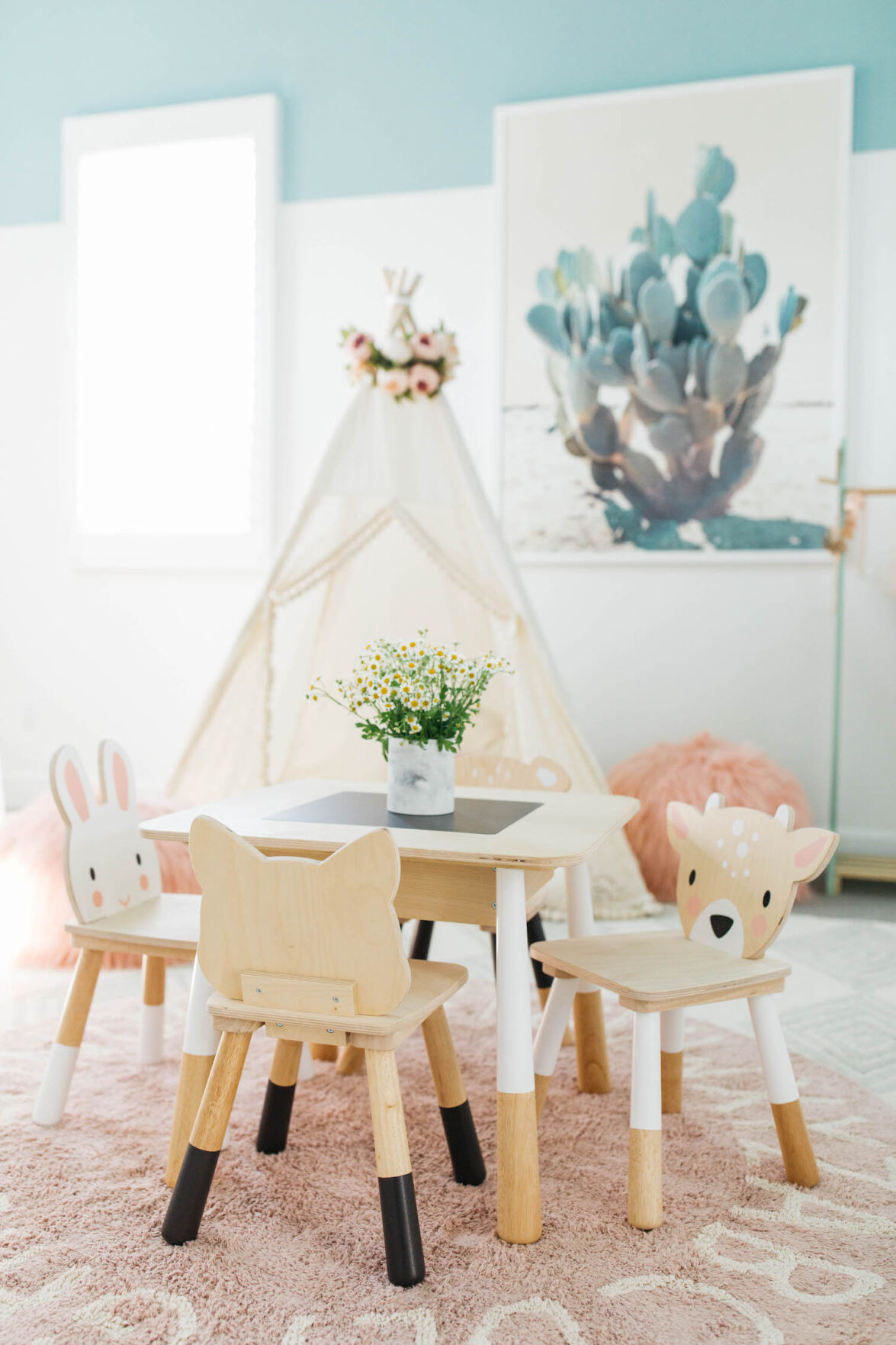 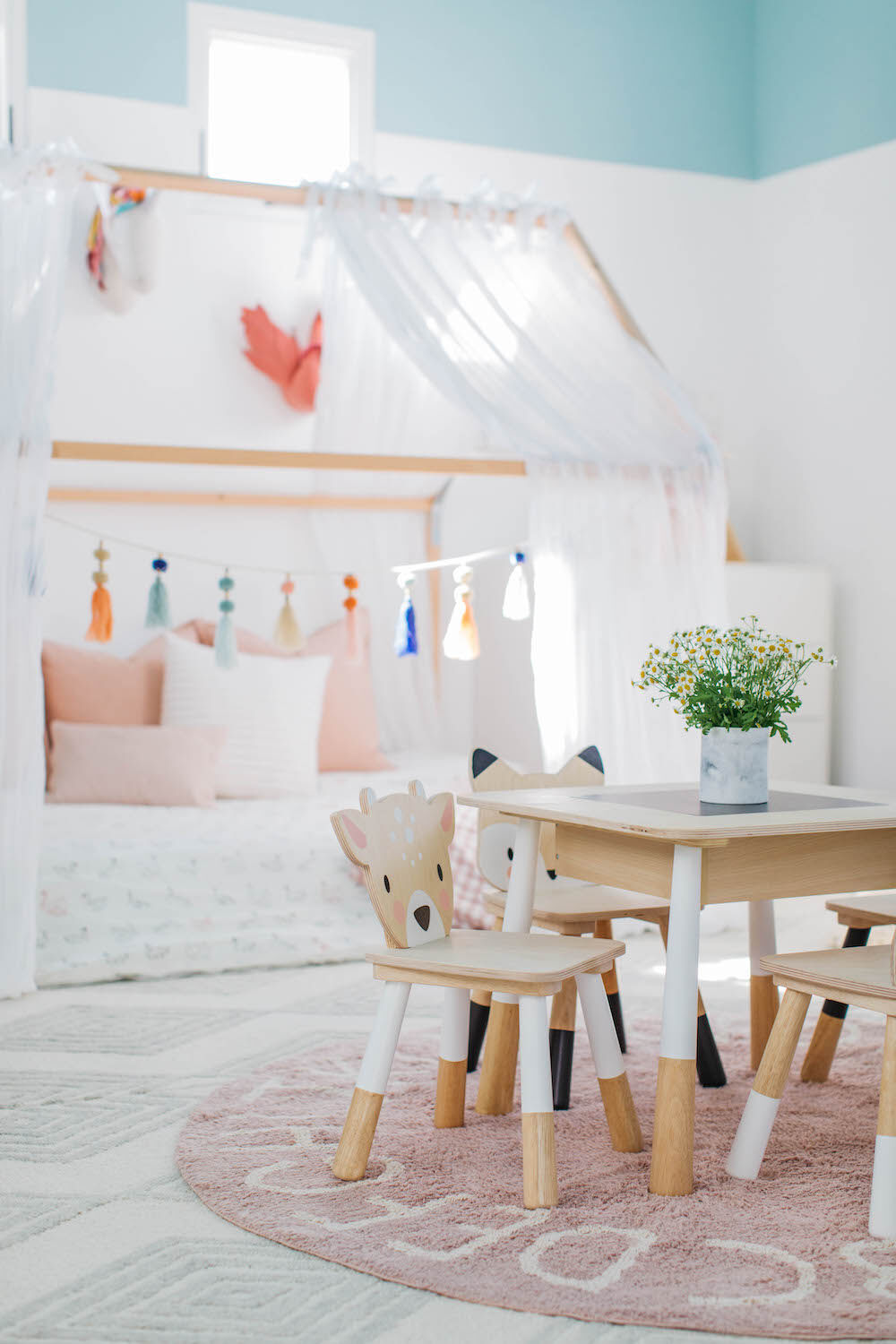 For Caitlin Wright and Hannah Rodriguez, co-owners of Realm Design Co., creating kid spaces that strike a balance of sophistication, function, and fun is as easy as ABC. Their services have been in such demand that they’ve opened a location in Nashville and accepted clients throughout Southern California, including The Bachelor’s Jade and Tanner Tolbert—step inside their daughter Emmy’s “big-girl room” here.

For the most longevity, keep it neutral. That’s what Wright and Rodriguez did here, leaning toward a white base for items like furniture and the area rug. As for the ceiling? The Tolberts felt the color helped keep it gender-neutral so Emmy’s room would be a welcome playspace for their daughter and sons. Starting the color on the top quarter of the walls makes the room feel taller.

Creating a space that serves as both a child’s bedroom and their playroom was the homeowners’ top priority. Wright and Rodriguez sectioned off parts of the room to achieve this, beginning with a teepee for a secret-area feel. They also added a table and chair set for craft time, and even placed the bed pillows against the wall like a daybed for storytime.

Parents don’t want to replace paint and big furniture items, but decor and accessories are easier to swap in and out as kids’ interests evolve. That’s why the designers used an animal theme in parts of this room, including the chairs here. For other whimsical, replaceable touches, they also added the garland along the bed and flower crown atop the teepee.

The designers’ biggest hack for outfitting your kid’s room? “Put in as much functional storage as you possibly can.” Disguising all of it with benches or ottomans with compartments is a practical way to contain the clutter. As for getting kids to put their toys away in said storage solutions? Well, that’s a service outside of Realm Design’s realm.