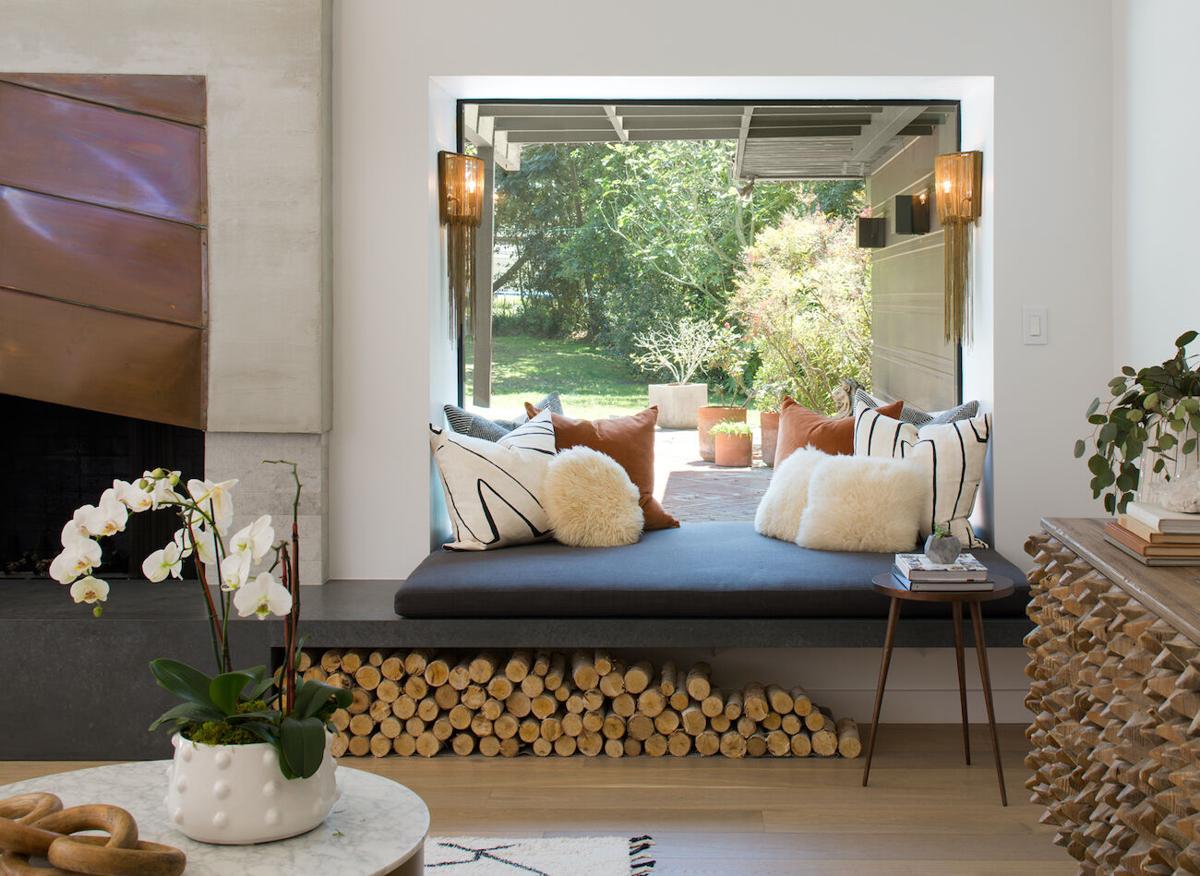 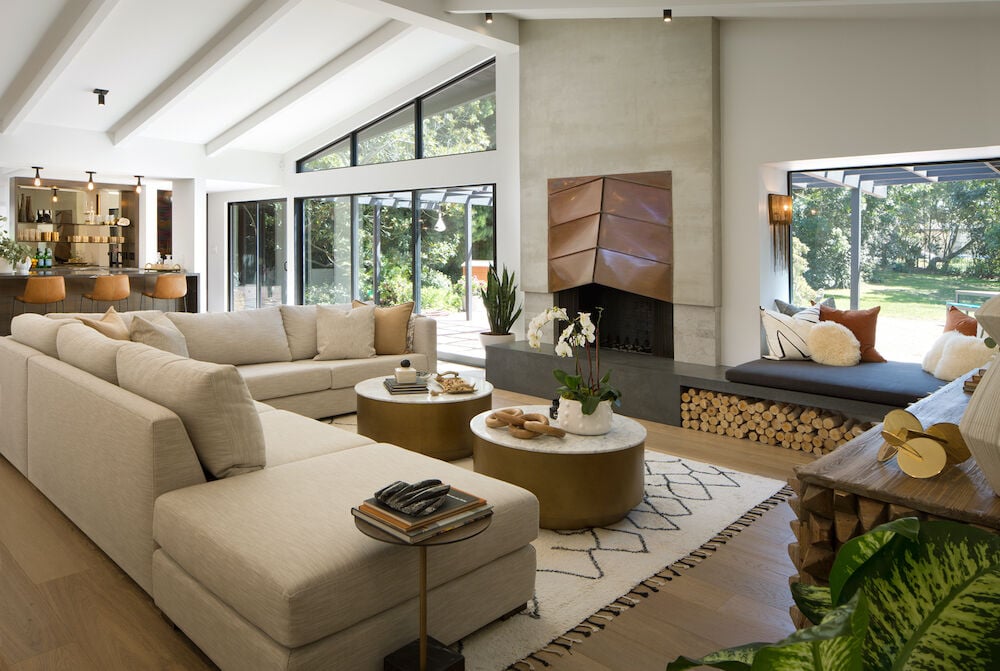 The way May sees it, there are two types of window seats. One is simply for looks. Then there are “actual window seats”—ones you want to lounge in. They extended this nook out from the back of the house to achieve more of a floating look on the outside and a deeper seat, or “window daybed” feel, inside. “It took some engineering to make sure it would bear the weight of many individuals at one time while still having a floating look,” May admits. “The extra depth makes it a fun place to hang out. I would love sitting there during a rainstorm!”

To say this home needed an update is an understatement. “When I first met with the clients, the entire interior was covered in wood, green carpet, and original elements dating back to when the home was first built,” May says. (That original 1950 architect was Sim Bruce Richards, who studied under Frank Lloyd Wright.) May reconfigured the house from top to bottom, including this space that was previously a pair of small sliding doors. “I’ve always been a fan of window seats, so I thought it would be the perfect solution to address this otherwise lonely and empty corner.”

Maximizing the depth of the window seat meant May had more wall space to play with. Enter these Kelly Wearstler sconces, which have a fringe element that is actually thin metal chains. “These sconces add a jewelry-like touch to the space,” she says. “I love that they’re an indirect light source, meaning you’re seeing the glow of the light, but not the actual lightbulb.”

May made it a point to match the window seat cushion fabric to the color of the stone hearth, so as not to take away from the beauty of the quartz slab. But she didn’t hold back on choosing playful pillows that beckon guests to crawl inside. “The patterns, color, and fur all work together to create interest and dimension while adding style and a vibe nodding back to the home’s midcentury bones, including the original copper hood we repurposed on the fireplace.”

Additional seating aside, this window seat is also functional, thanks to the way the quartz hearth extends to a floating shelf, creating storage beneath it. Shown here are white birch logs, cut to fit perfectly beneath the window seat. Truth is, they probably won’t be burned because they’re too pretty. May says,

“The homeowners will likely leave these as is and burn a less appealing wood log when actually using the fireplace.”