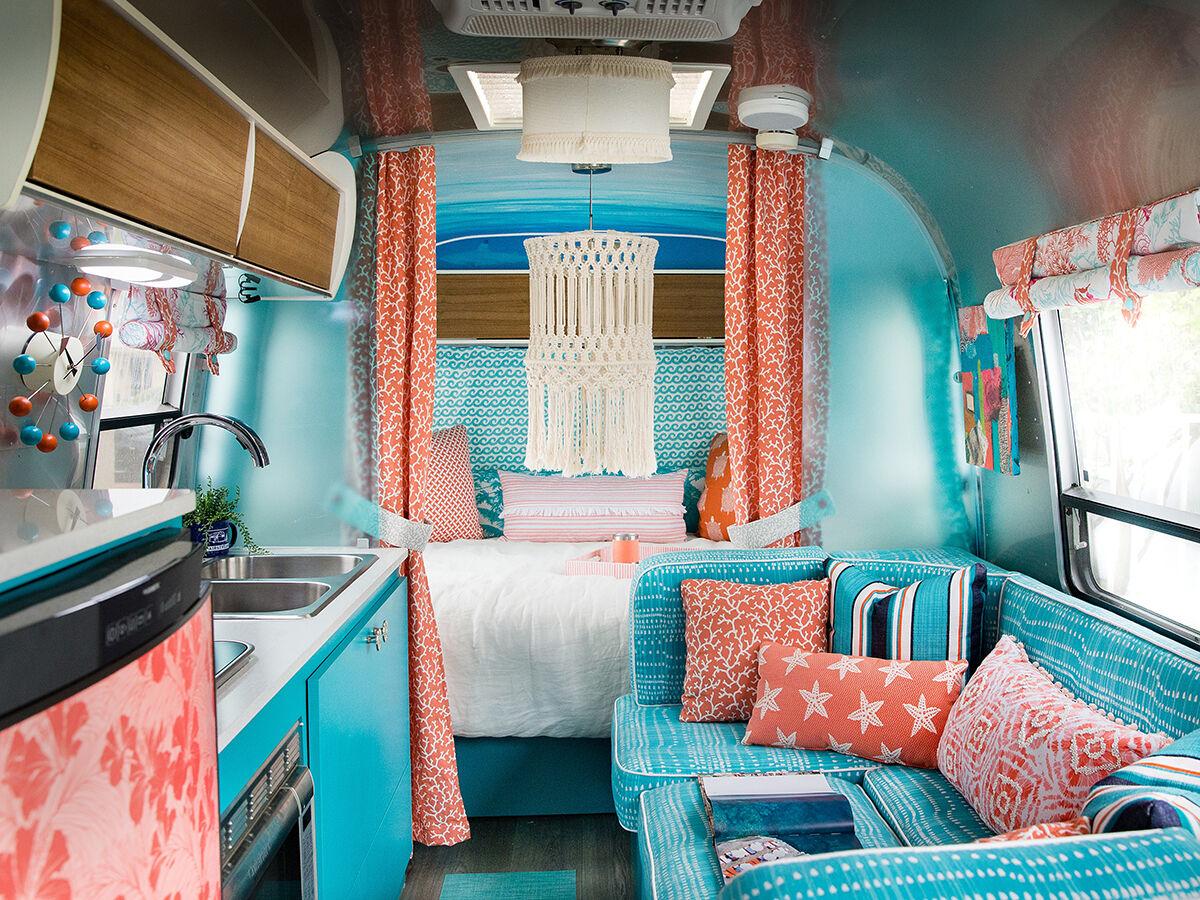 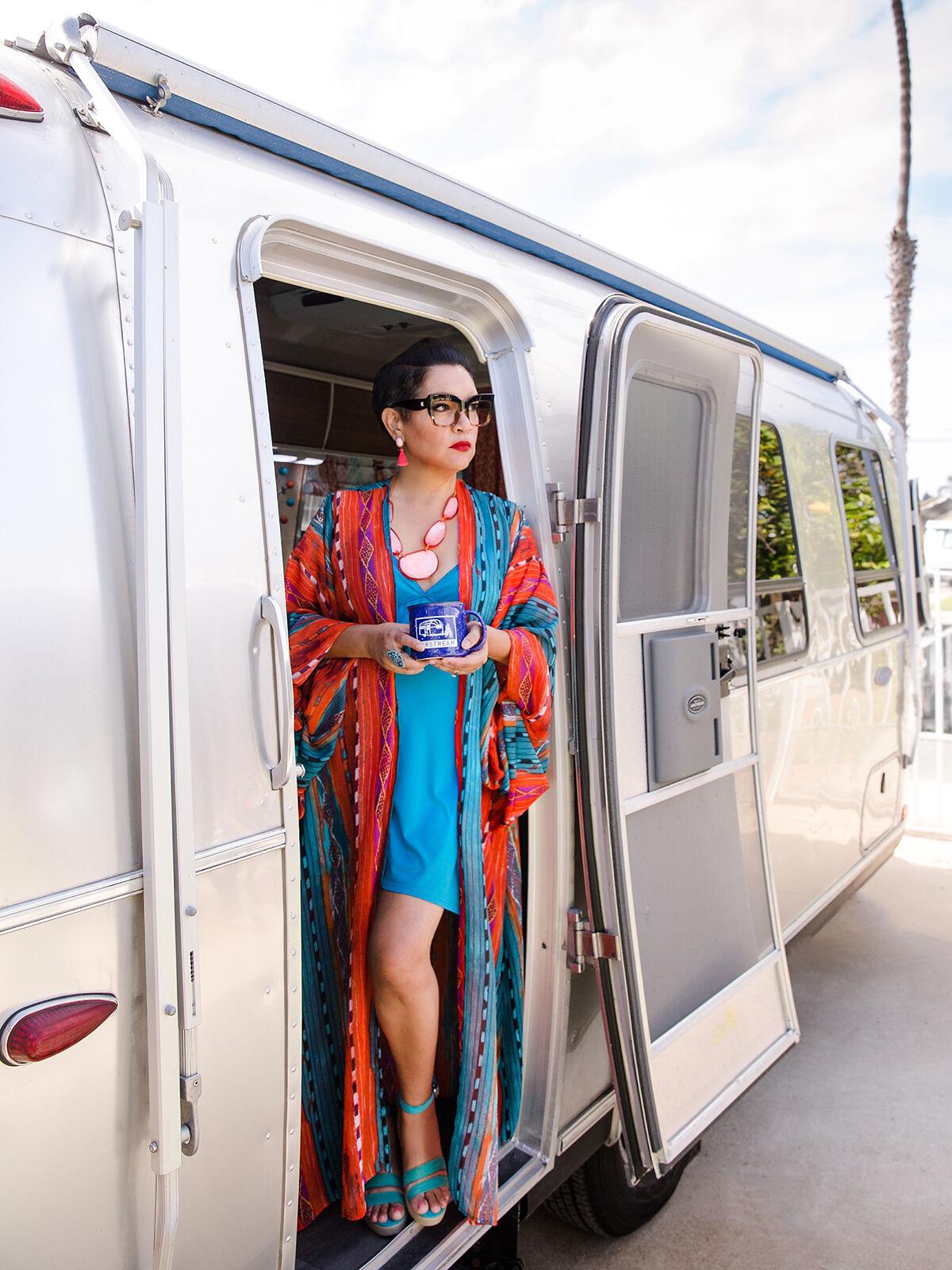 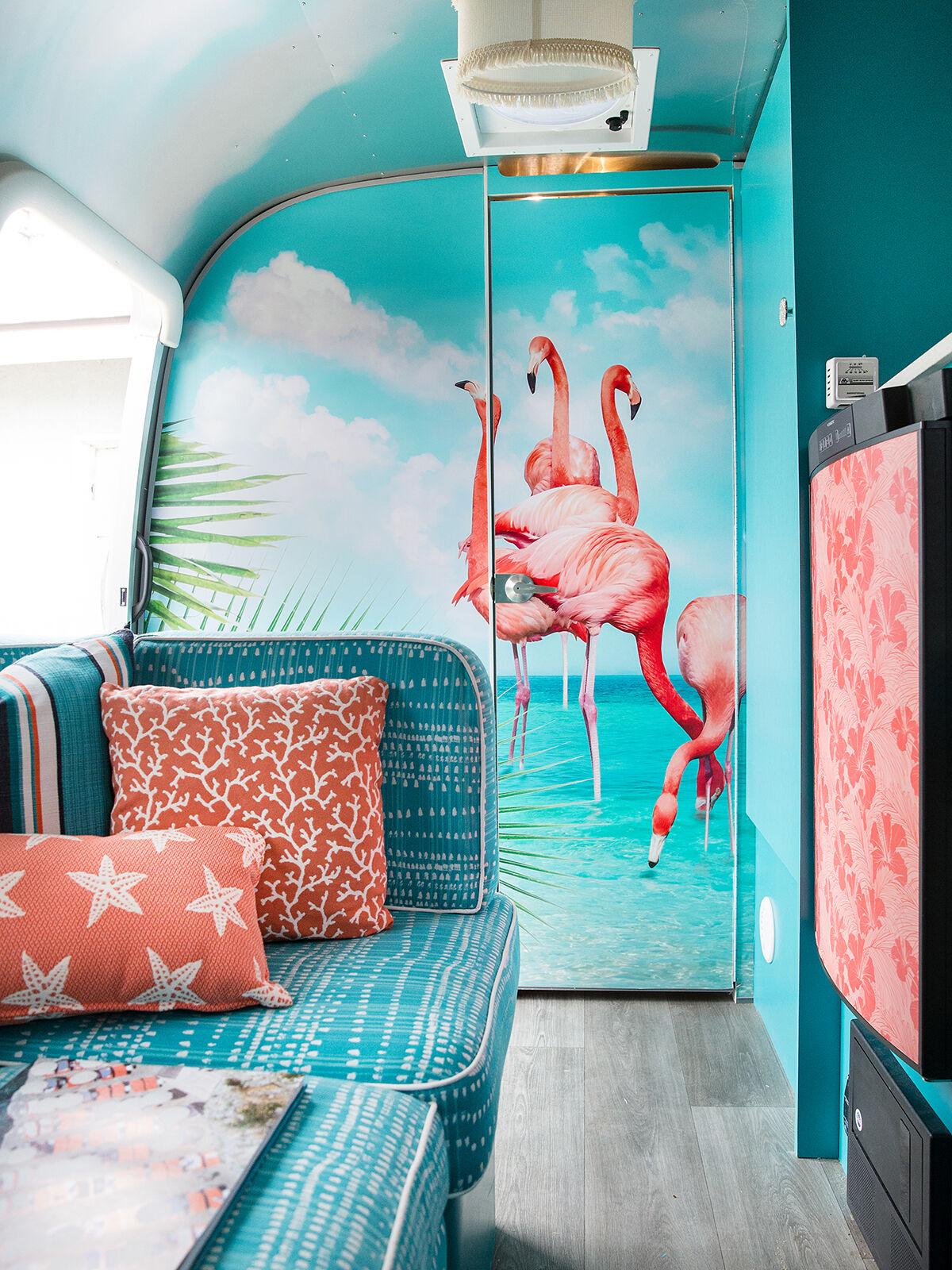 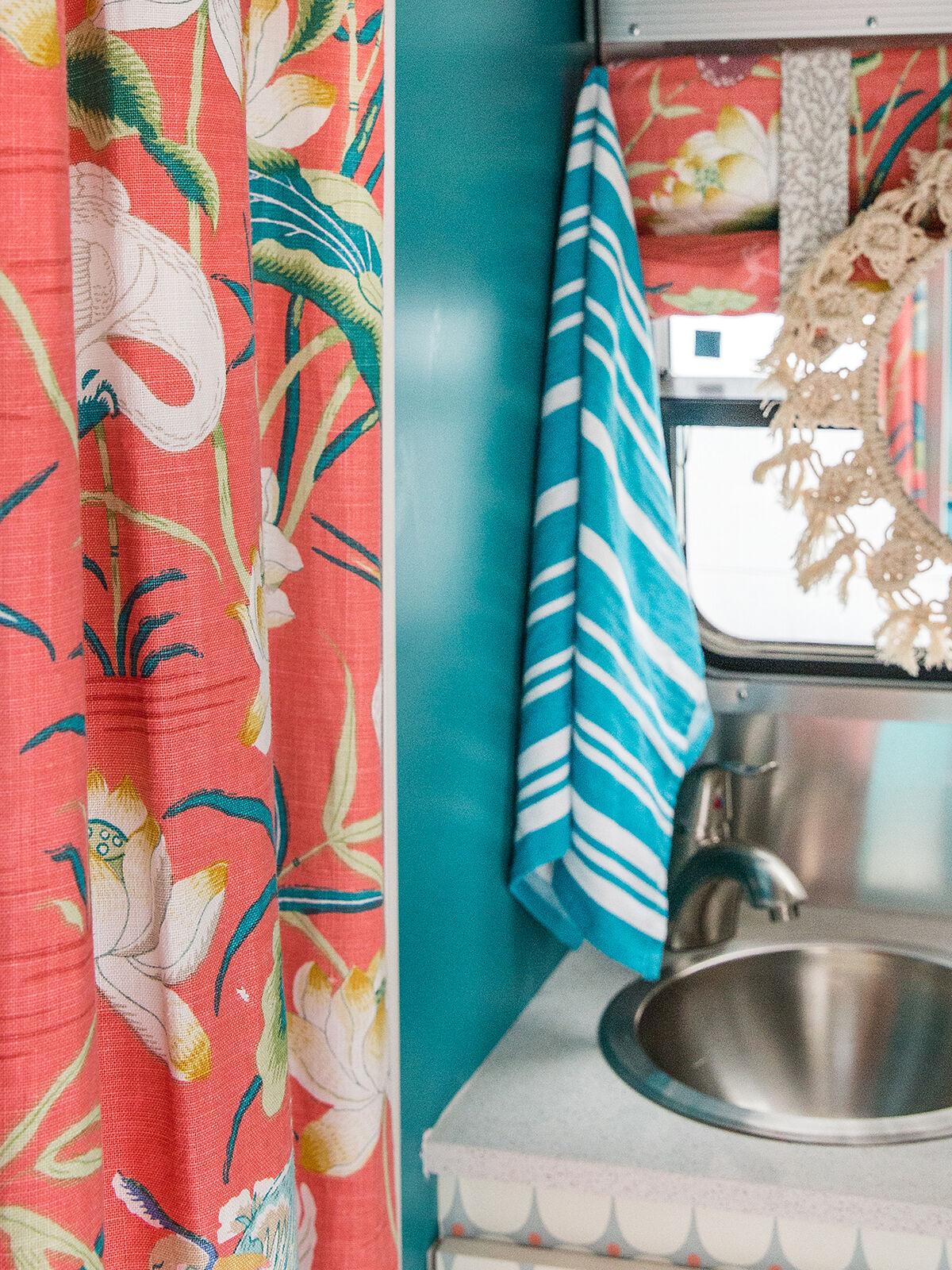 Let There Be Light—and Macramé

When you’re working with an all-metal room, a little texture never hurts. Moriarty looked to macramé light fixtures to help. The first is in the bathroom, and the second is the showstopper in the bedroom, where the client wanted to “feel as though she was sleeping surrounded by water.” The underwater vinyl film on the ceiling helped with that, but the macramé was the icing on the cake. “It hovers over the bed like a big jellyfish.”

Capitalizing on every inch of the RV meant sacrificing some frills for function. Moriarty replaced a cumbersome folding door in the bathroom with a shower curtain, and in the living room, she did away with the original dinette and its oversized tabletop, and reimagined the seating into a sectional by adding a large storage ottoman—per request, it’s now big enough to seat both her client and their two large poodles.

“Flamingos and Airstreams go together like peanut butter and jelly. Together, they’re retro, kitsch, and all-American.” Moriarty made this statement loud and clear by installing a flamingo accent wall at the entry of the Airstream. It’s a custom vinyl mural that set the tone for the rest of the design. “The turquoise and coral colors in the mural were the inspiration for all of the fabrics and finishes used throughout the interior.”

Vinyl Film for the Win

All of the custom vinyl film applications were transformational, Moriarty says. Beyond the flamingo accent wall, she points to the groovy refrigerator, the retro bathroom vanity, and the aquatic bedroom ceiling. Still, they weren’t without challenges—the most obvious being the Airstream’s iconic silver bullet shape, with its convex ceiling and narrow ends.