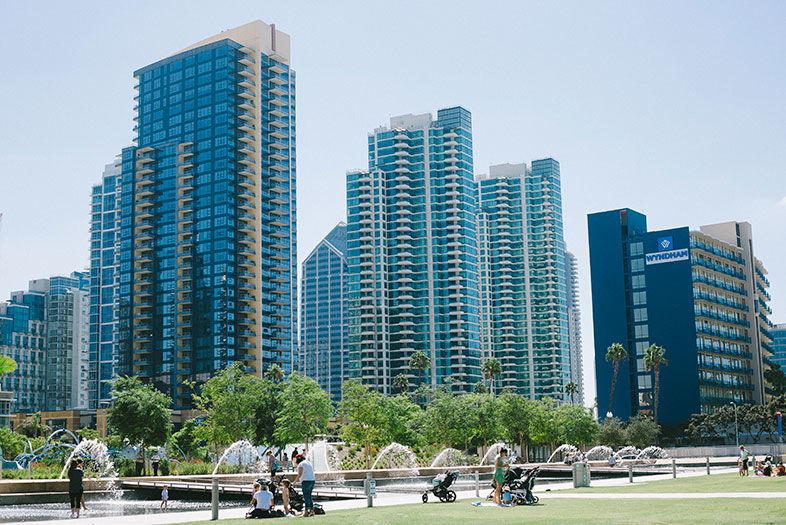 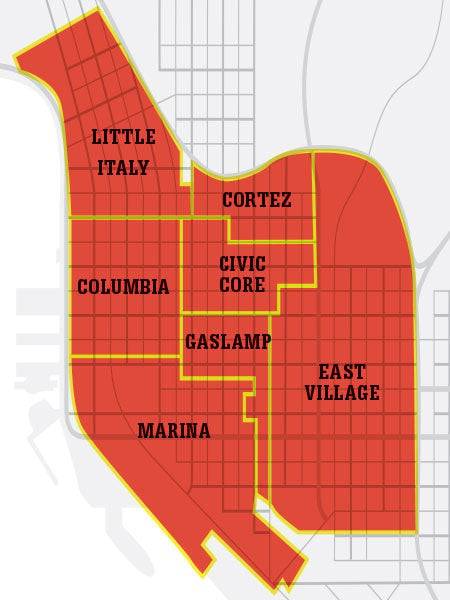 Downtown is home to just 34,550 residents. That’s less than one percent of San Diego County’s population—but this tiny number has grown 97 percent since 2000. So the area clearly has potential.

"If you get critical mass, that changes everything," says local architect Joseph Martinez. "Right now we only have 35,000 residents. That’s nothing. Imagine half a million people living downtown. Balboa Park would be used so much more, and more often. Our assets don’t get used."

But they will. As for who will move here: In addition to baby boomers seeking to downsize and retire to a more walkable community, a 2014 survey by the American Planning Association found that more than half of millennials in the country planned to move within five years. Among those interested in packing up, San Diego was the third most popular city after New York and Los Angeles. Key word: "city."

Surveys have shown that millennials want walkable urban neighborhoods with transit options. Suburbanization, which San Diego has been doing for fifty years, is out. The young and educated want to live downtown. Numbers show that, countywide, only Carmel Valley’s residents match the education level of those living downtown, a fact attributed to the employers in nearby Torrey Pines Mesa.

Carmel Valley and downtown also lead the county zip codes in a tie for the most new startups (32 each). Beyond that, downtown is ahead of the county in terms of salary, carbon footprint, and more. It just needs more bodies walking around looking for things to do, to create vitality, support businesses, and fill arts venues.

"Downtown is driven around Petco Park and the Convention Center. Look at what Petco Park did for putting bodies on the street. We’re no longer 9-to-5—there’s weekend life," says Cyrus Sanandaji, managing director of Presidio Bay Ventures, a company that invests in downtown projects like Overture, an upcoming mixed-use tower. And he sees more change coming our way. "Downtown is not yet its own independent unit, but it will be. You will eat, sleep, and drink here in 20 years."

San Diego’s historic downtown celebrates its 150th anniversary this year. To mark the occasion, the Gaslamp Quarter Association is unveiling a public art project called Rabbitville, a nod to the area’s origins as a dusty plain where nothing but rabbits roamed. Look for 15 fiberglass rabbits painted by various local artists displayed around the Gaslamp’s 16.5 historic blocks. HBD, GQ!