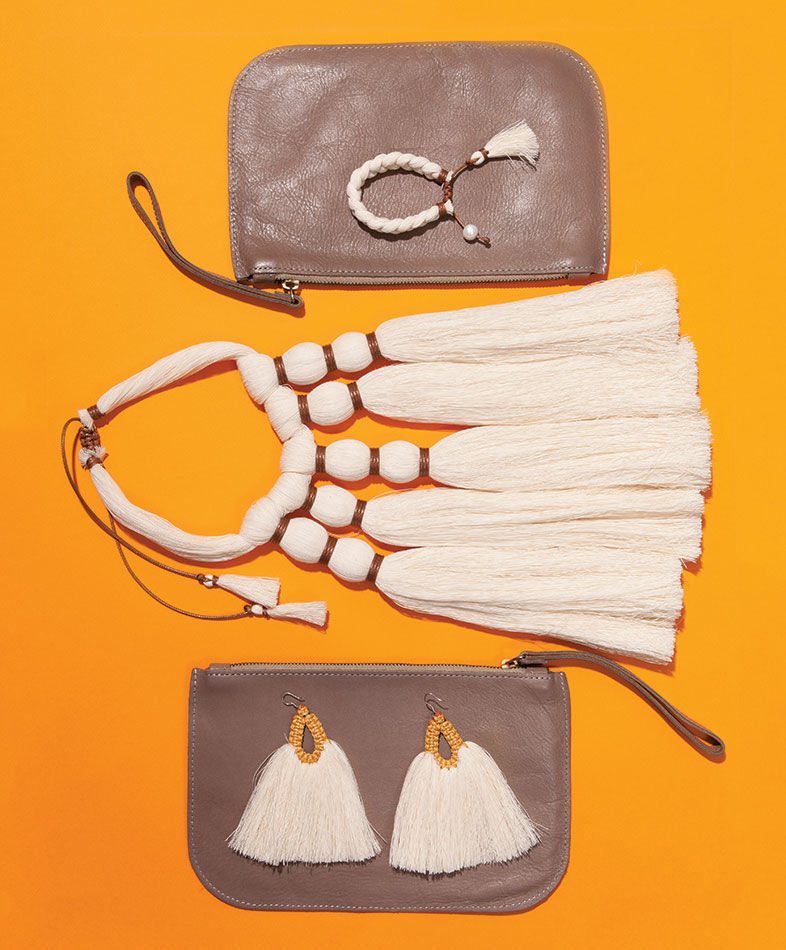 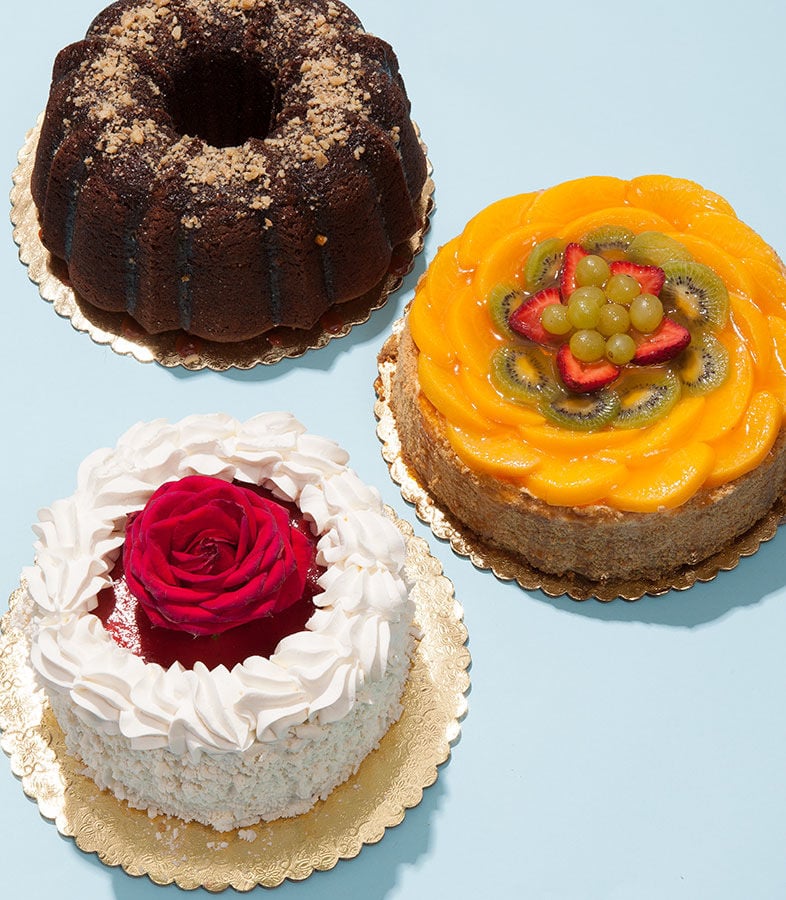 Chef Oswaldo Flores Lagunas leads a full grill-oriented menu, with emphasis on the steaks, plus a rotating list of specials based on seasonal ingredients and a bar stocked with unique agave spirits, like sotol. The design has us equally enamored. The bar area is outfitted with beautiful patterned tilework and dining areas are brightened with colorful seating.

Oryx Capital, a gastropub in Tijuana’s Chapultepec neighborhood, is known for indulgent, beer-friendly fare like bone marrow with avocado puree and squid ink batter fish tacos, but we always opt for the mac and cheese con pulpo (with grilled octopus). The dish is normally served with bacon bits, but with the octopus add-on, it blows the traditional lobster mac and cheese out of the water. Rich, cheesy, and deliciously meaty, this is a dish that’s absolutely worth the return border wait.

Alberto Cafalli earned his charcuterie-making certificate from the University of Iowa and then scoured Italy, learning the best techniques to make his own product. The result is Charcutería Cafalli, where he creates bresola, prosciutto, finocchiona, pancetta, and more. Cafalli recently opened this storefront following a successful pop-up operation; expanded hours are expected soon.

Though the food trucks of Telefonica Gastro Park are moving locations, chef Jose Figueroa’s La Carmelita remains the standout for Mexican homestyle cooking, which includes killer breakfast options. The breakfast torta with scrambled eggs, queso fresco, and avocado sits on fluffy, homemade bread and makes a good sharing plate with either chilaquiles—which should always be topped with an egg—or the multilayered bowl of tortillas, beans, eggs sunny-side up, cheese, avocado, jalapeños, and crema.

Rightly famous for its street tacos with fatty meats, Tijuana is also cornering the vegetarian market. TacoNVeggie makes their own veggie stews and serves the most outrageous taco combos, like huitlacoche (corn fungus) with chile California, and lentils and huauzontle (a Mexican vegetable that resembles broccoli), with searing salsas. They also sell foods in bulk to go. BYOC (bring your own containers)!

By day this eatery in the Chapultepec neighborhood is Mantequilla, a bright brunch spot serving a mix of SoCal and Mexican fare like avocado toast and pork belly burritos. By night, it’s transformed into Saketori-ya, a Japanese pub that turns out sushi, ramen with house-made noodles, and bao sliders. (And of course the namesake beverage.)

Tijuana-based photographer Josue Castro hosts this sensory supper club, which blends art and cooking with experimental techniques. Admission is by reservation only and each dinner hosts about 30-40 people. Guests are encouraged to view, photograph, draw, taste, touch, dance, and interact while the cooking is going on and throughout the dinner, allowing for maximal mingling and enjoying.

To the rest of the world, Americans can sometimes seem a little… puritanical about dining out. We generally like our bars to be bars, sometimes with good snacks. Our restaurants are usually not also party spots. Thanks to the sobremesa tradition—which started in Spain, carried over to Mexico, and entails lots of lingering, socializing, and drinking after meals—the lines are a bit more blurred south of the border. Start your night at La Corriente Cevicheria Nais with a feast of famous red snapper tostadas or Taco Kalifornia in the restaurant’s large, nautical-themed dining room. Then order more beer and eventually migrate through the dark doorway in the back corner. That’s El Tinieblo, which pulls double duty as an electronic music lounge and mezcal bar.

With two locations across the city, Alma Verde is your best bet for charcoal-infused and green juices, healthy brunch options, and tonic shots to jump-start your day. Alma Verde vets love the beet chilaquiles with a wheatgrass shot. But plan well, because this place is packed for brunch every day of the week.

Das Cortez, Tijuana’s smartly designed flagship craft coffee chain, has inspired a new wave of caffeine temples all over the city. One of the latest is Container Coffee Roaster Co., on Avenida Revolución. The storefront is fashioned out of an old shipping container, paying homage to Tijuana’s industrial prowess as well as the global supply chain behind the modern cup of joe.

Founded in 2002, GSalinas Vinos is the gold standard for wine in Tijuana. It’s not only the best place for sourcing Valle de Guadalupe wines; owner Gilberto Salinas also brings in quality wines from across the world. Keep up with the store on Facebook or Instagram, where Salinas is constantly introducing new pours and announcing tasting events. If you’d like to linger a little longer, head to GSalinas Enoteca, easily Tijuana’s best wine bar, where you can also dine on small plates.

This low-key pub in a converted home serves a wide variety of taps from both sides of the border, including Insurgente, Coralillo, Modern Times, Green Flash, and Coronado Brewing Co. The food fits the space, with grilled cheese sandwiches and a burger with bacon jam and blue cheese. Stop by on Sundays—and sit afuera on the patio—for their popular beer brunch, when they serve "beermosas."

La Flor is a go-to for high-end Mexican cakes with old-school recipes such as tres leches or cheesecakes with unique fillings like guava and mango. They also serve huge portions of French toast and chilaquiles for breakfast.

Beer with a View

Enter a nondescript parking garage in downtown Tijuana, take the elevator up to the fifth floor, and stumble upon one of the city’s top craft breweries, located inside what used to be a strip club. Beers are named in honor of the former tenant—Bordello Belgian and 4Play IPA, for example—and the tasting room boasts panoramic views of the city skyline.

Tijuana’s central shopping complex is a veritable retail wonderland. You can get fresh produce. You can get chamangos. You can get carnitas, chicharrones, traditionally embroidered shirts, leather shoes, European-style cheeses from Ojos Negros, specialty candy, carne asada, killer tacos, cooked seafood, and piñatas as far as the eye can see. Mercado Hidalgo’s U-shaped market is a delight, especially on weekends, when it’s most crowded but also most alive.

A steady stable of sophisticated fashion boutiques and design shops are growing in Tijuana, and newest in the city is Totem. The company started in 2013 with the goal of making stylish craft denim and just opened their lab, where would-be customers can come and give input on the jeans of their dreams. Their slim and skinny-cut styles are especially popular.

Mexicali-born-and-raised architect and designer Mariana Postlethwaite opened her design shop, Casa Duhagon, in 2016. As an architect, she has a keen eye for sleek design and practicality, and as a designer, a sense of style and whimsy. She makes her own furniture and accents—including ornate light fixtures and luxe wallpapers—all of which can be found in her beautiful, high-ceilinged showroom, where she also displays other Mexican design pieces.

Just when it seemed that moviegoing had become a depressing choice between the corporate cineplex and a $100 night out at the luxury place with leather recliners, along comes Cine Tonalá. The Mexico City–based theater opened a location in Tijuana last year, offering award-winning international films you won’t see anywhere else in town, all at film-student prices, plus live music and panel discussions with local artists, musicians, and directors. Before the show, sip mezcal cocktails at the rooftop bar while taking in the view of the jai alai palace across the street.

The landmark Centro Cultural Tijuana, marked by an unmissable stone globe Imax theater, plays host to movies, dance performances, plays, festivals, art exhibits, and other presentations from around Mexico and across the globe. On August 25, CECUT will honor acclaimed Mexican composer Consuelo Velázquez during a live concert.

Aside from its growing and constantly changing gallery culture, Tijuana is a great place to find street art. Recent politics have only fueled this, making Tijuana a prime destination to see dissent and creativity in action. Head to Pasaje Rodriguez, just off of Avenida Revolución near Calle Tercera. Lining its walls are various murals depicting political and historical events and themes central to Mexican history and identity; the strip also has bookstores, small boutiques, and cafés.

At long last, Tijuana is finally getting into the boutique hotel game. The newest arrival is K-Tower, a modern luxury hotel in Zona Río with 45 rooms, a rooftop bar and pool, penthouse gym, hot tub, and sushi restaurant. The rooms are a palette of gold and mixed materials, decorated with leather couches, textured walls, fur, metal accents, and Gilded Age–inspired art.

Object at One Bunk Tijuana