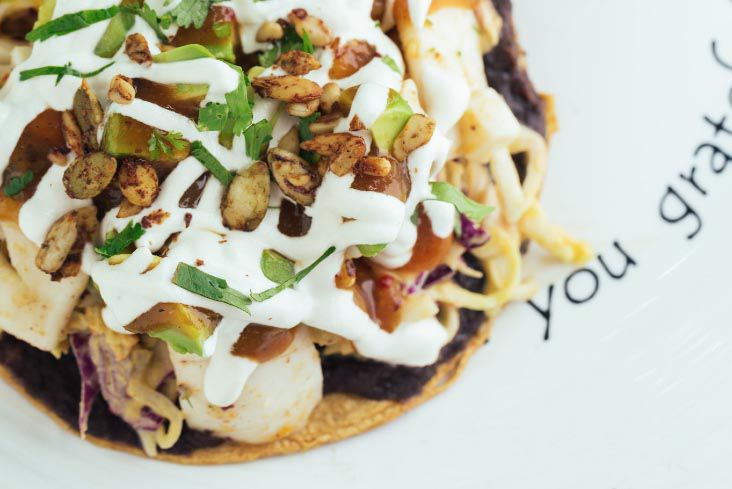 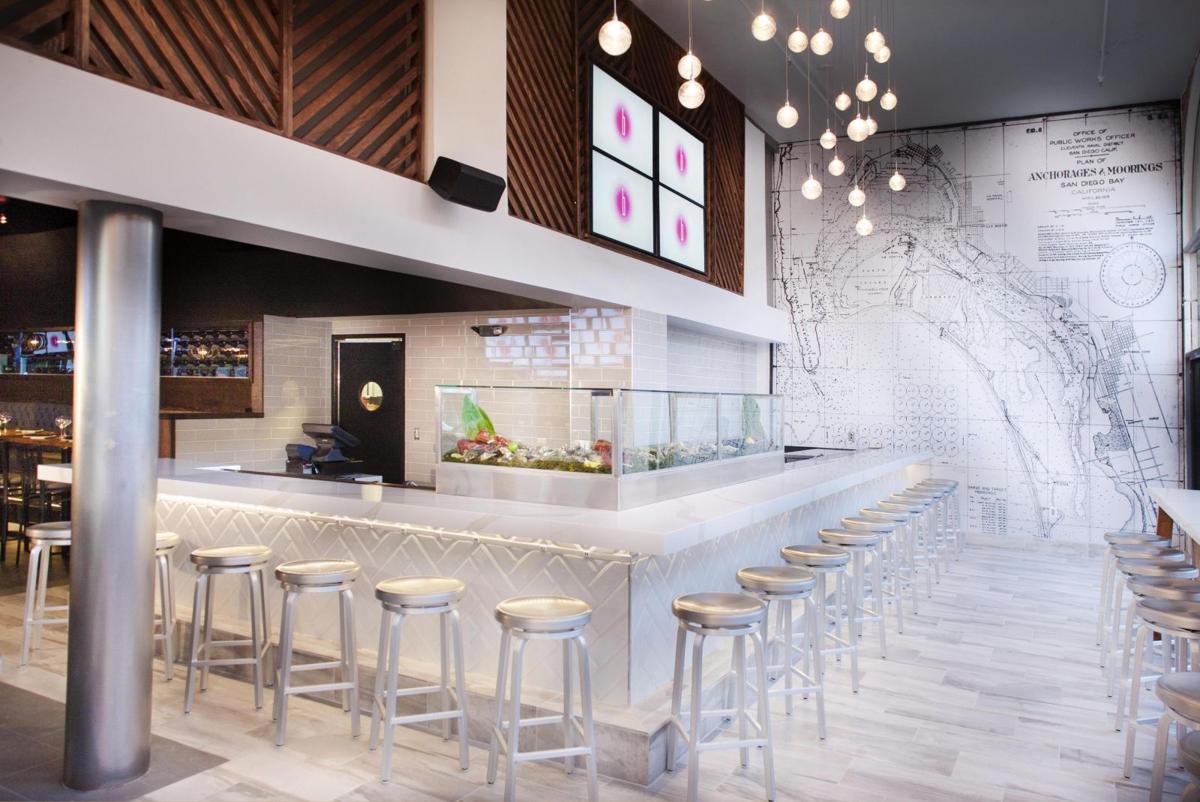 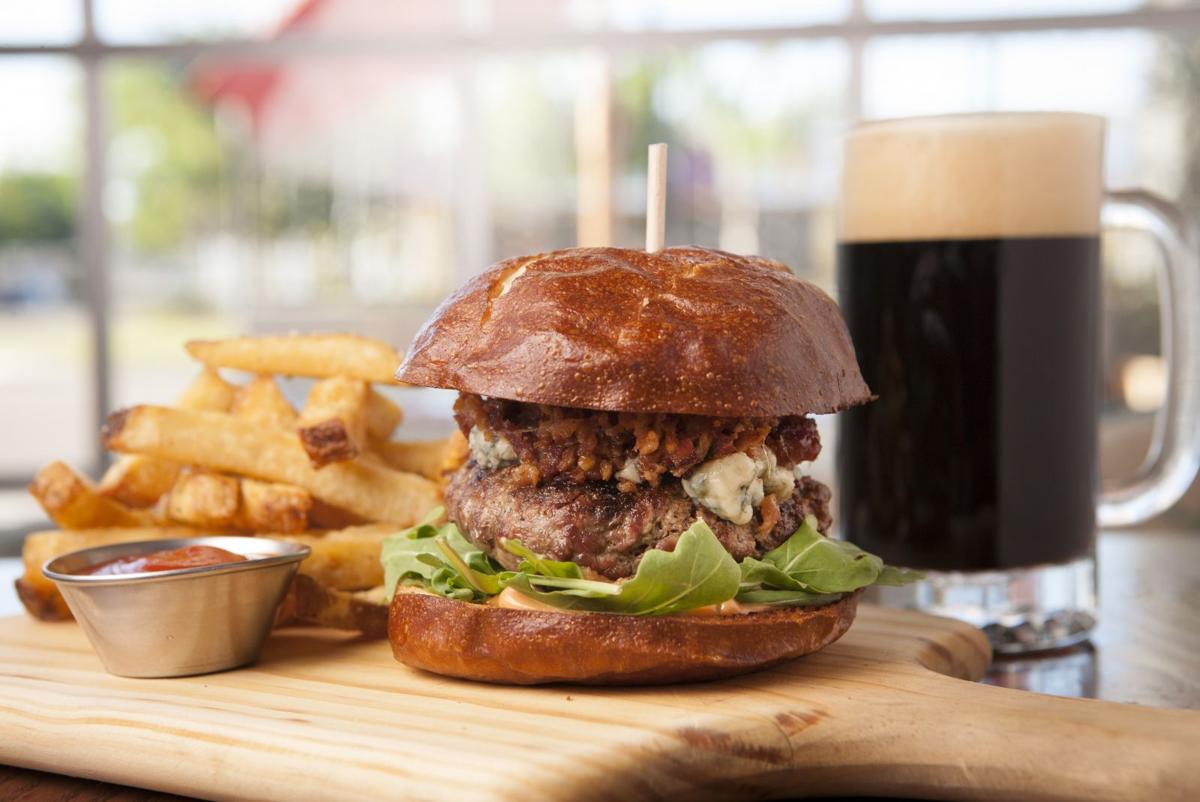 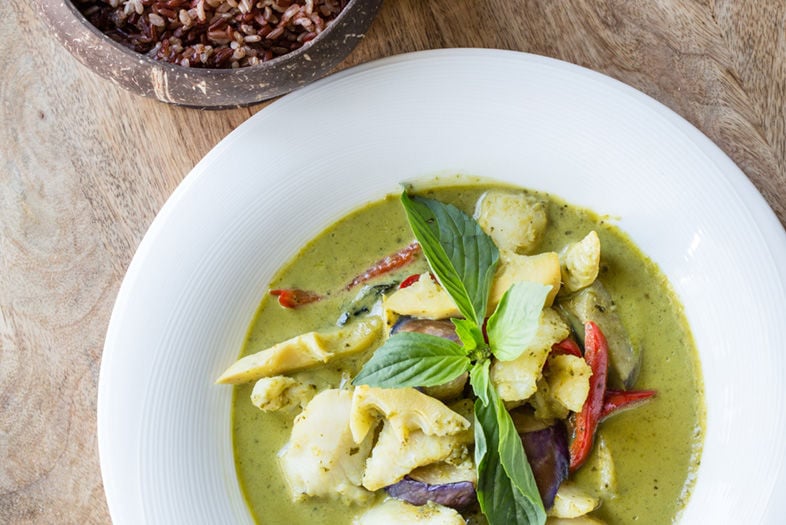 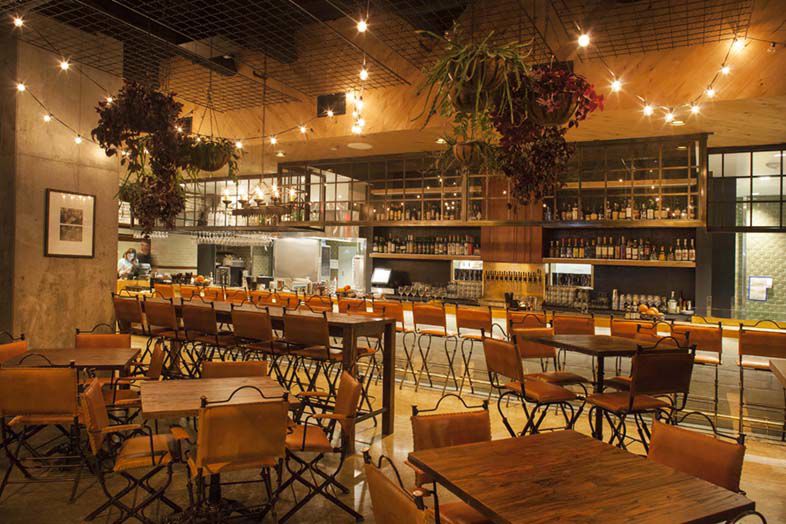 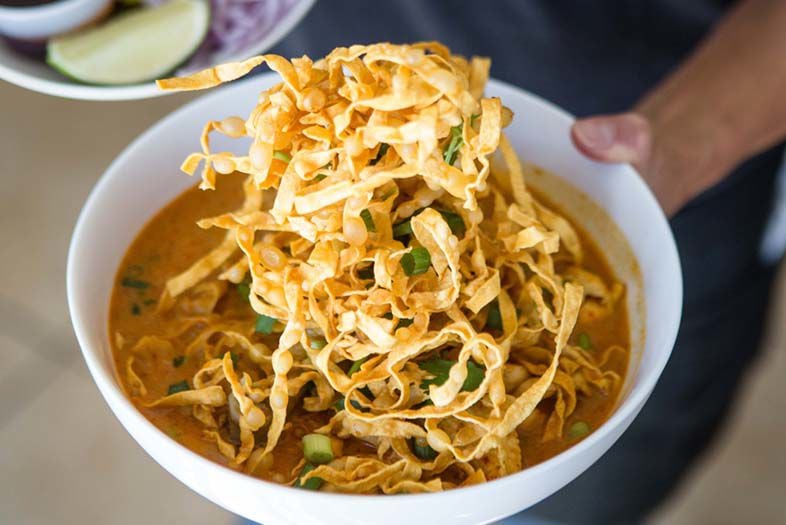 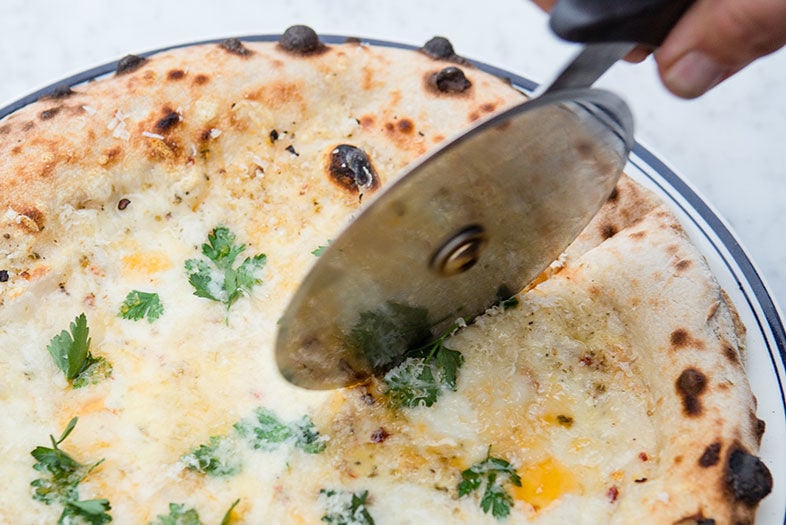 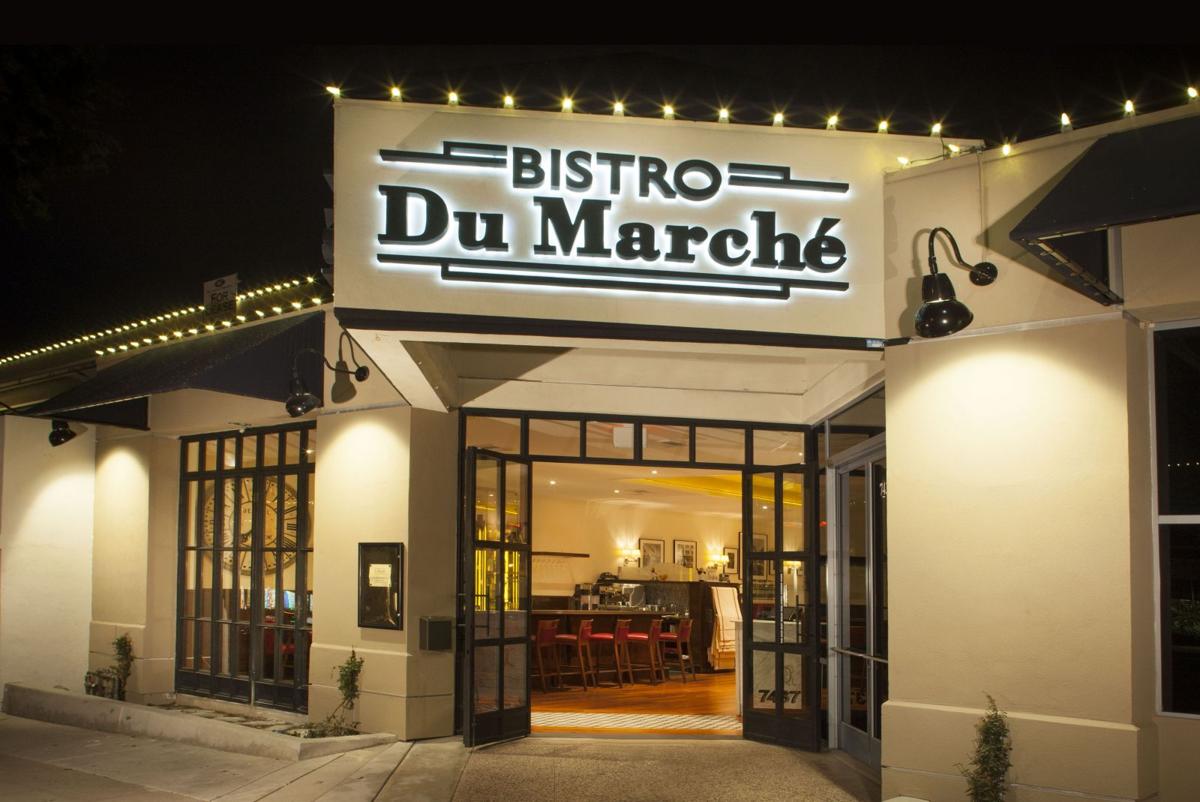 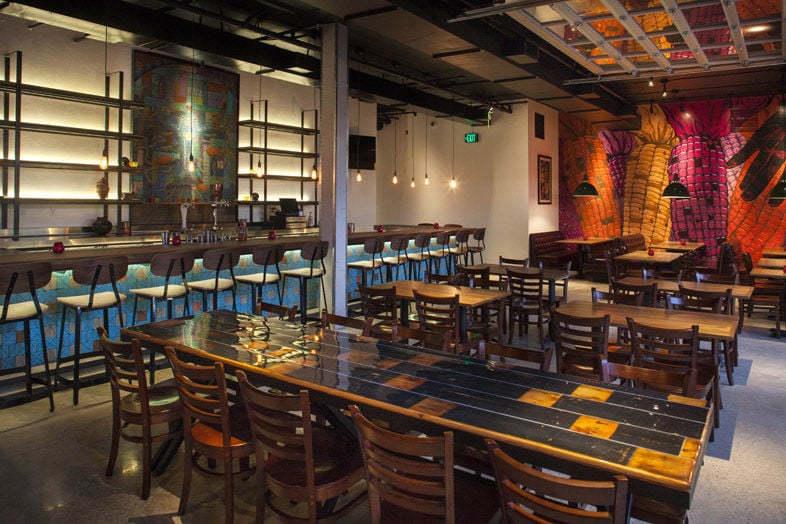 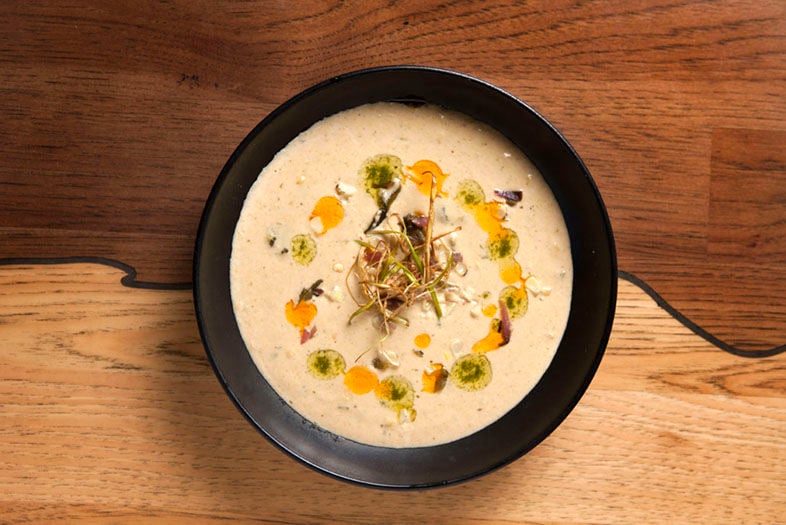 The new face of vegetarian

America needs to eat less meat, for many, many reasons: chief among them our health and the environment. The problem has always been that vegan restaurants were either culinarily challenged or smelled like questionable hippie hygiene. Not so at L.A. transplant Café Gratitude. The clean, modern restaurant is entirely plant-based (they can’t call it fully vegan, because a few of their dishes use honey), and offers enough standouts that even unrepentant carnivores won’t miss the meat... much. One winner is "Mucho," the Mexican bowl with black beans, guac, pico de gallo, nopales, salsa verde, cashew nacho cheese, spicy pepitas, romaine, and sprouted probiotic brown rice. Another is "Warm-Hearted," the grilled polenta with braised summer squash, sautéed kale, roasted tomatillo sauce, salsa verde, cashew queso fresco, pepitas, scallions, and cilantro. Sure, it’s a little new-agey. But they’re just serving health food and a positive message, not converting you to worship an alien race. San Diego needs about 30 more healthy, meat-alternative concepts like this. 1980 Kettner Boulevard, Little Italy

Chef Daniel Barron has cooked some of the more exciting meals I’ve had in San Diego. He’s bounced around a bit, from Blue Point downtown to La Valencia in La Jolla, and now he has a new home in Blush. With a clean, modern décor (if a bit loud), Blush is technically a cocktail concept—drinks topped with fresh-fruit ice—but Barron’s kitchen makes it more than that. Try his yellowfin tuna poke with blue crab, Aspen Ridge beef, asparagus, and truffle; the crispy miso pork belly; or the lollipop-cut Jidori chicken wings. Barron isn’t afraid of meat, and he’s aging and curing in his kitchen. He’s also serving a foie gras ramen. It’s the most action this corner has had in a long, long time and a good anchor for eastward growth downtown. 555 Market Street, Gaslamp

One of the most exciting trends in restaurants is high-end chefs ditching the luxe life for the DIY life. What they save on overhead, they pass on into the high-quality food. Chef Jesse Paul left the Park Hyatt Aviara and opened this seasonal little hangout in a former fast food Mexican restaurant. There are still concrete patio tables, and bars on the drive-thru window. But it’s a gourmet burger in a fast-food setting. The Spoon Burger is delicious, with arugula, bacon-onion jam, blue cheese, tomato aioli, and house fries. The butterscotch pot de crème with sea salt ganache, whiskey Chantilly cream, and almond biscotti is an excellent finish. Where you once ate rolled tacos and drank Coke, you now snack on poutine and craft beer. 805 East Valley Parkway, Escondido

In University Heights, Plumeria has long been a favorite for lovers of Thai food and vegetarian-friendly cuisine. The owners and their head chef, Siram Ngamkiree, spun off this seafood eatery on Adams Avenue, and it’s predictably good. Leaf eaters will find a ton of the dishes available with tofu or only veggies. Try the miang kham (Thai hors d’oeuvres) with grilled shrimp, toasted coconut, peanuts, lime zest, ginger, shallots, and tamarind sauce. Their house-made green curry with eggplant, bamboo shoots, and fresh basil is also excellent. If I have one complaint about Asian restaurants, it’s that many don’t bother sourcing healthy, antibiotic-free meats or other ingredients. Chi and Plumeria are two examples of good cooks fusing Asian tradition with progressive, sustainable food. 2789 Adams Avenue, University Heights

Sab-E-Lee continues to be the driving force of Thai food in San Diego, and now the tiny, beloved Linda Vista restaurant has expanded to a larger space down the street. In the original location, they created Thai Papaya, which focuses on Thai street food. Try the addictive deep-fried pork ribs, which are fermented for three days in soy sauce and then served with a pepper sauce spiked with fish sauce and cilantro. Or the khao soi curry, an incredibly rich northern Thai specialty with both boiled and crispy egg noodles, pickled cabbage, shallots, and a submerged chicken drumstick. It’s still BYOB (there’s a craft beer liquor store next door) and only has 10 seats or so, but worth every minor inconvenience. Thai Papaya, 2405 Ulric Street, Linda Vista; Sab-E-Lee, 6925 Linda Vista Road, Linda Vista

The Whisknladle Group does excellent work, from their namesake in La Jolla, to their three Prepkitchen locations, to this new coastal Italian concept. Chefs Ryan Johnston and Vincent Schofield serve up pizzas using dough fermented for 24 hours and cooked in their wood-fired oven, especially the pie with fresh mozzarella, fontina, chili oil, Parmesan, lardo (cured pork fat), and parsley. The ahi crudo with melon-yogurt gazpacho, cucumber granita, and jalapeño oil is a highlight, but in the end the ocean sunset view is the true scene-stealer. 7863 Girard Avenue, La Jolla

A French icon gets a new home

In the Cult of New, sometimes food writers ignore old treasures. Tapenade was a French mainstay in La Jolla since 1998. Chef-owner Jean-Michel Diot was classically trained in Michelin-starred restaurants in France before coming to New York and famously opening Les Halles. When it was announced that Tapenade was being forced from its location, some worried he and Chef de Cuisine Christopher Santos would call it a day. But now they’ve opened Bistro du Marché down the street, continuing to put out French classics like Parisian steak tartare on country toast, lamb leg noisettes with flageolet beans and tomato Provençal, coq au vin, you name it. Tapenade’s beloved mushroom ravioli made the move, too. Simply one of the best French restaurants in San Diego, starting a new chapter. 7437 Girard Avenue, La Jolla

A top chef does tacos

La Jolla Shores is a different world from nearby Prospect Street. The Shores has the summer beach crowd, who—up until now—didn’t have a good place to get a taco and margarita after a day in the sun. One of the country’s best chefs remedies that with Galaxy Taco. Trey Foshee of George’s at the Cove opened Galaxy in the former Shores Market, and, with Chef de Cuisine Christine Rivera, he’s elevating the taco by taking it back to its roots. They make their masa tortillas from scratch with non-GMO heirloom corn. The grilled avocado taco with bean purée, creamy corn salad, and lime is out of this world, as are the birria steamed clams with onions, cilantro, radish, and grilled bread. At the bar, don’t miss the Cosmic Punch (tequila, rum, coconut, pineapple, spices, lemon, and bitters). 2259 Avenida De La Playa, La Jolla

A $15-million view with a side of guac

This isn’t a restaurant as much as a sprawling compound. The $15-million, 28,000-square-foot restaurant, bar, and get-married space by the Cohn Restaurant Group is focused around one of the city’s best views. The huge patio hangs over the bay waters, allowing diners to gaze across at the downtown skyline. Yes, Baja cuisine is hot right now, but Chef Deborah Scott has been going Latin since she first opened Indigo Grill in the early ’90s. At Coasterra, try her tableside guacamole (add Maine lobster and ghost pepper sauce) or the crema de elote (white corn soup with roasted poblano cream, crispy leeks, and chili oil). Wash it down with Deb’s Coconut Margarita (reposado tequila, coconut cream, lime juice, and a toasted coconut salt rim). You will take many, many out-of-towners here to show off our city. 880 Harbor Island Drive, Harbor Island