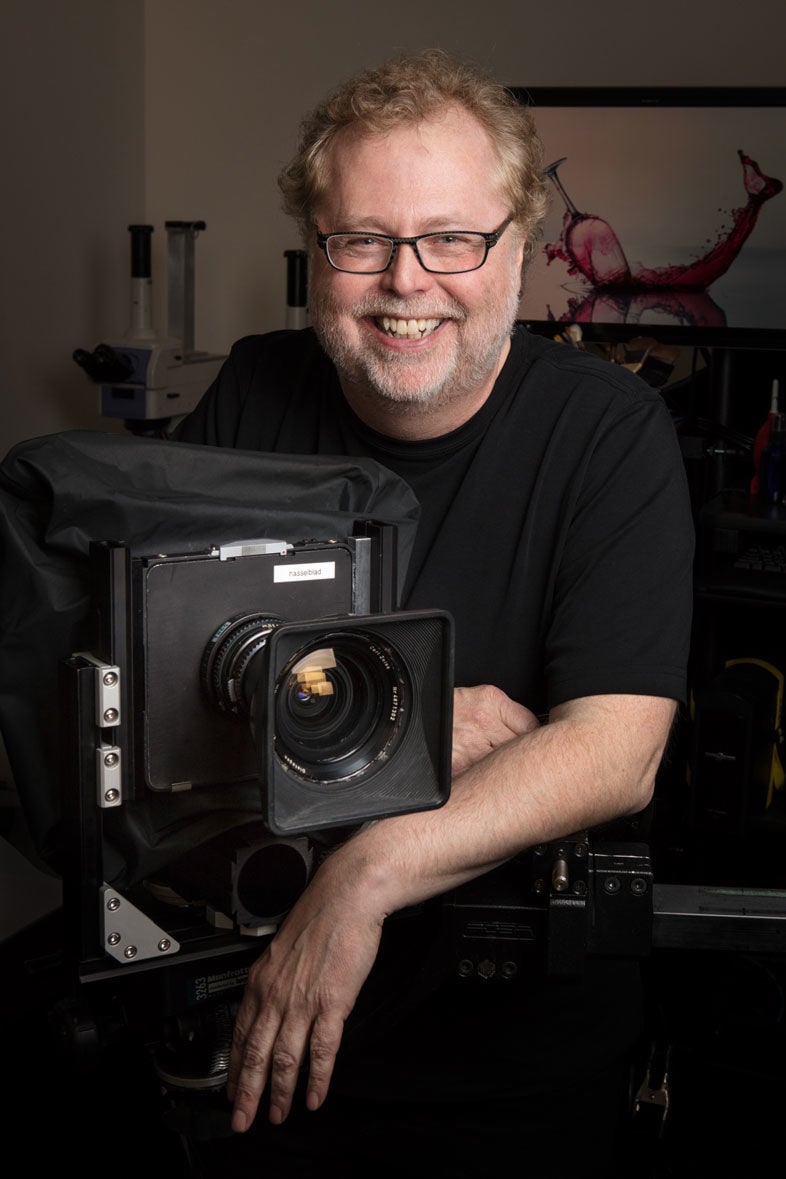 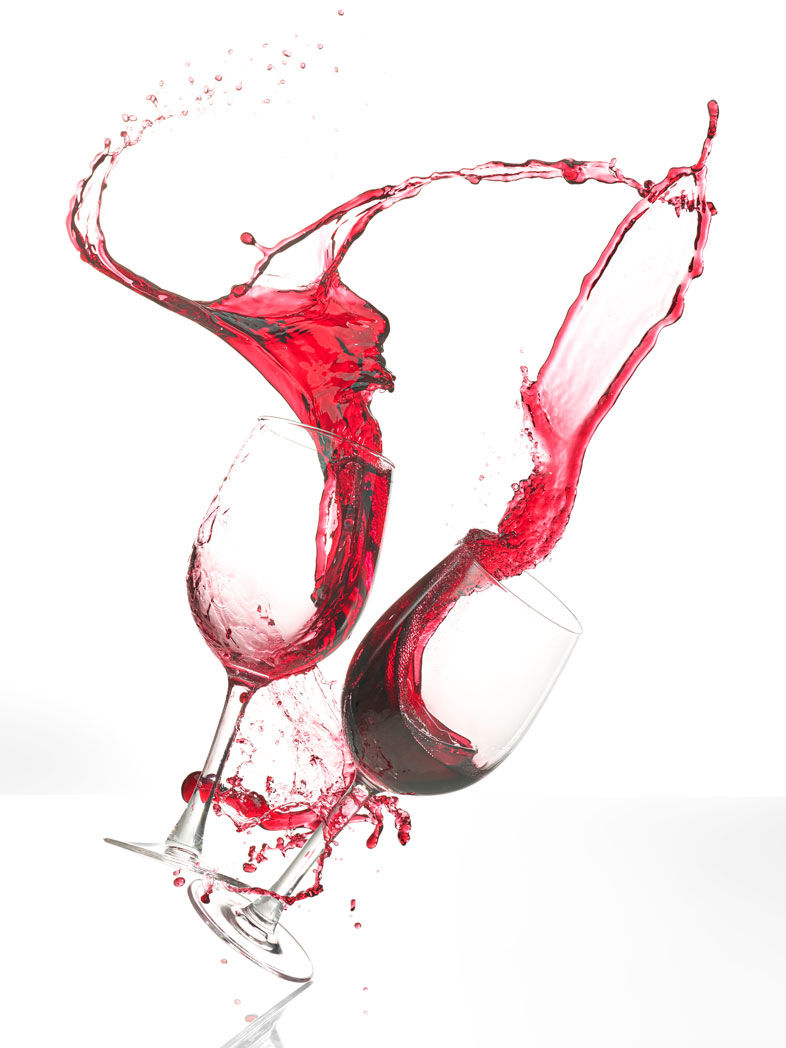 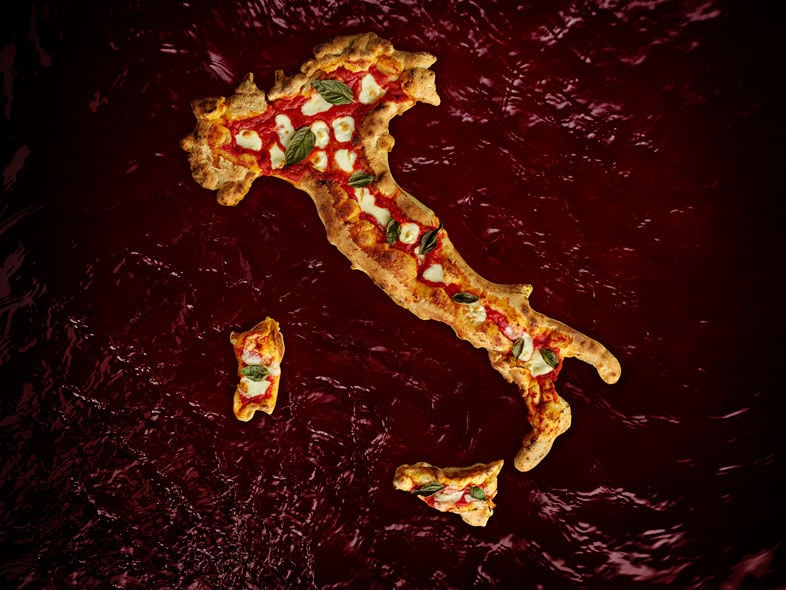 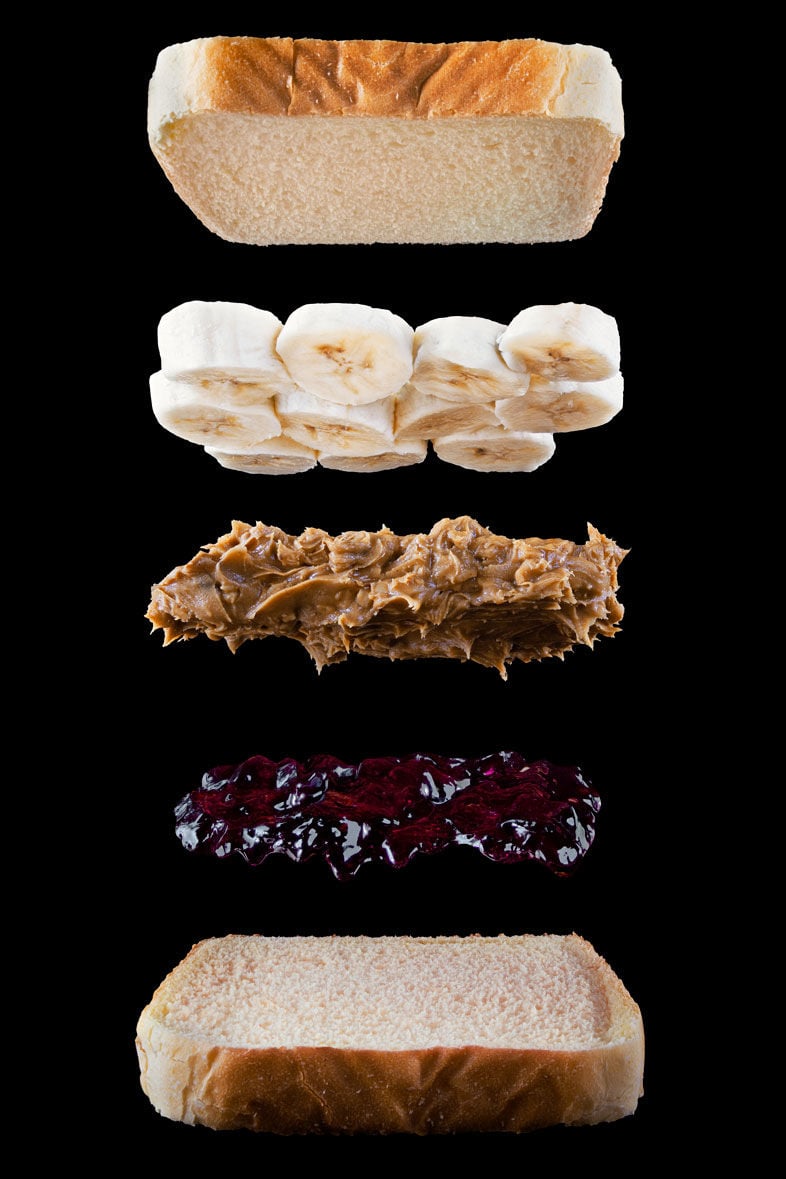 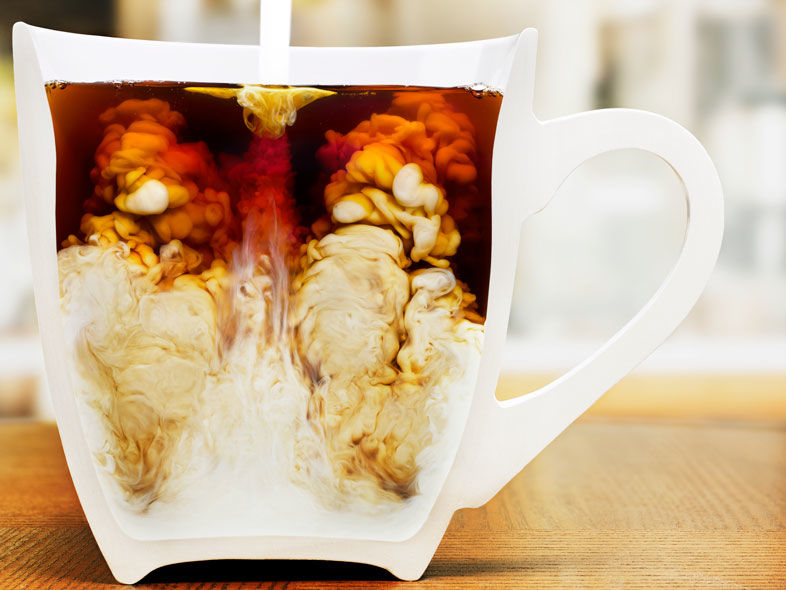 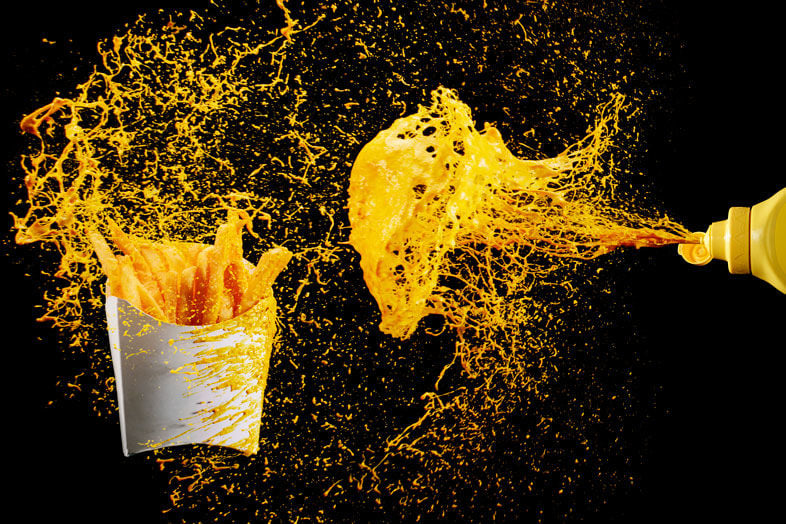 He started college when he was 14 years old, earned a PhD in theoretical and mathematical physics, and did a fellowship with Stephen Hawking. He became the chief technology officer of Microsoft, and after 13 years at the company he retired to pursue passions that were first kindled when he was a child: cooking and photography.

Myhrvold took a scientific approach to studying food, and his research culminated in the founding of the Modernist Cuisine Lab in Seattle and his cookbook anthology, Modernist Cuisine. He took the photos for the book himself, using unconventional methods and makeshift equipment—his images of ketchup exploding from the bottle, coffee being poured into a bisected mug, and intensely magnified close-ups tend to evoke the question: "How does he do it?"

"Part of the point of the pictures I take is to show a vision of food you don’t normally see," Myhrvold says. "Partially that’s because although we see food several times a day, you don’t really look at it—you’re busy, you’re hungry. One of the ways you can focus on a vision you haven’t seen before is by using a method to capture something you can’t see. In this case, it’s high-speed photography." For example, "Amazingly, if you use a fast-enough shutter speed and special flashes, the wine looks like melted glass."

Myhrvold showcases his food photography in galleries across the country, and he recently opened his fourth on Prospect Street in La Jolla. Here, he walks us through the creative process behind a few photos from the collection.

"To build this, we set up a catapult—like a slingshot for wine glasses."  The glass on the right "was minding its own business, and this one got whacked into it. It does make the spill wrap all the way around.

"We shot a lot of single-wine-glass pictures, and had the spent the whole day setting it up. Then we thought we’d try two. I bought the wine at Costco—you don’t use Chateau Lafite if you’re doing this with it! They had this box that said ‘nearly unbreakable’ wine glasses. And I said, ‘Well, we’ll put that to the test!’ figuring that we’d lose all the glasses—and this was the first shot."

The Land of Pizza

"My next big cookbook is on pizza, so we’re taking a lot of pizza shots. We made an Italy-shaped pan, and made a pizza in it. We put that over an ocean of red wine, and we had to have several people waving fans in the air just so we could get the ripples."

"When I was a kid I worked on cars. You could get these repair manuals for a car, and it would always have what’s called an ‘exploded diagram’ of the parts—everything would be taken apart, all the screws out, but you could see how it all came back together. So this is the exploded diagram of a sandwich.

"We have skewers behind this to a black background. This is a piece of Plexiglas that we thoroughly peanut buttered. This was all done as one shot."

Myhrvold is famous for his "cutaway" images, like this coffee mug that’s been split and fitted with Plexiglas. Myhrvold slices and dices everything—pots and pans, Weber grills, even large appliances—at the machine shop in Modernist Cuisine Lab.

"We have asked manufacturers to donate. The CEO of Viking toured our lab and said, ‘How come you haven’t cut a Viking oven in half?’ And I said, ‘Well you know, they’re kinda pricey.’ Then soon after, Viking sent us a perfectly wonderful oven that we cut in half."

"There’s a robotic mechanism that controls a high-pressure air valve, and that’s what’s blowing it out. We did something similar for the one with ketchup, Don’t Whack the Bottle. Because with ketchup, you keep whacking it and nothing happens, then you whack it again, and your whole plate is covered in ketchup!"

On why he chose La Jolla for his fourth gallery:

"There’s four reasons. I will confess the first one upfront—my mother lives here. That wasn’t totally essential—I don’t have other relatives in New Orleans or Las Vegas. But La Jolla also has a very active food scene and a very active gallery scene that supports lots of photography.

"When we think about where to put a gallery, we think about going to a food location—some cities are particularly known for that, and that’s why we went to New Orleans. We haven’t gone to an ‘art’ place yet. Our other galleries are not in a part of town where all the art galleries are. So this is our first experience doing that.

"If La Jolla can support all these people taking beautiful pictures, but of a very different nature—they’re mostly landscapes, or in the case of National Geographic, people and animals—what we do is different enough that maybe there’s a spot for us. I’d love to say there was some science to this, and maybe someday there will be, but what we need to do is sort of acquaint people with the idea that food and food photography can be art."

On searching in La Jolla for unique photos to take:

"I’ve spent the last two days scouting. I went to the Mexican border and up north quite a way. Here on Prospect Street, the galleries all have pictures of Scripps Pier. So I figured it’s an unwritten law that you need a photograph of Scripps Pier. I have to figure out a ‘food reason’ to take a picture of the pier, because other beautiful photos have already been taken. I was in a strawberry field this morning, but it turned out the strawberries taste a whole lot better than the field looks—partly because someone is cleverly farming an area underneath massive power lines. But as a landscape [image], it’s maybe not so great."

On his creative process:

"People ask how we figure out what should be in the book. I say there’s two fundamental ways that people design product in the world: One is to go and ask what ‘they’ want—‘they’ is our target market—and quiz them, do market research and focus groups. It’s like a bunch of anthropologists studying some tribe somewhere. The other approach is to say, ‘I want to make what I want, and hope someone agrees.’ All the best things in the world are made the second way. All the worst things are, too! So with the books, I really took that point of view, and said, ‘Let’s create what I want and what I think is fantastic, and hope people love it.’ I think that really is the essence of art—that you are seeing the world through someone else’s vision. And yet in the case of what’s here, everything should be somewhat familiar.

"I think trying to connect people with food, and the landscapes where food is made, trying to give people a visual expression of something that is very important to them, is cool. But of course I would, wouldn’t I?"