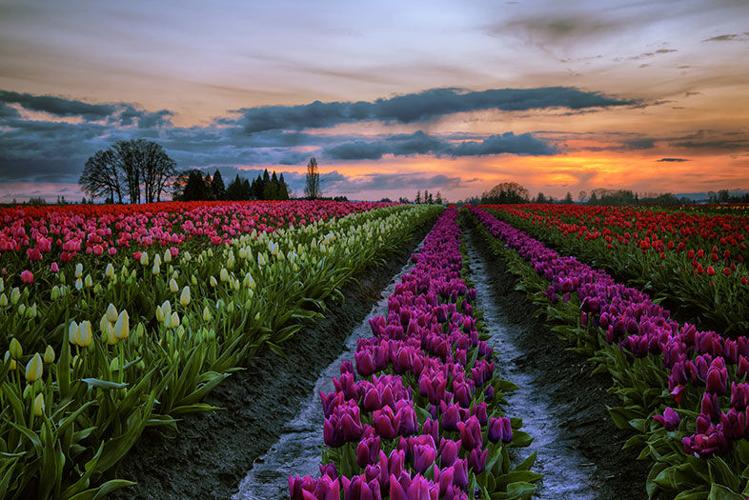 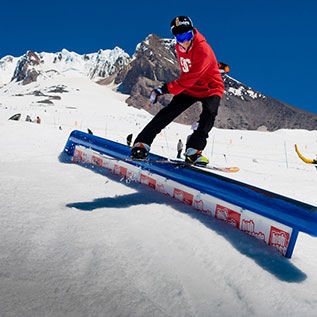 From SAN, you can fly direct to PDX on Alaska or American. Check out the craft beer and food scene in Portland, then spend a day or two in the surrounding region.

Snowboard in July! If you’re still suffering from ski withdrawal because of the drought, turn that frown upside down. There’s snow in Oregon. In fact, the Mt. Hood region, located about an hour outside of Portland and known as its "playground," has the longest ski season in North America. (It’s 12 months long.) Stay at the historic Timberline Lodge and join Olympic athletes training on a glacier at Palmer Snowfield. Nearby, Mt. Hood Skibowl doesn’t have Timberline’s snowpack but offers an adventure park complete with alpine slide, zip lines, reverse bungee, mountain bike park, batting cages, aqua rollers, rock wall, summer tube hill, mini golf, disc golf, horseback rides, and a "treetop action zone." Non-skiers can enjoy the area’s hiking, whitewater rapids, and more.

Willamette Falls is the second largest waterfall by volume, after Niagara Falls. It’s located in Oregon City, which is the official end of the Oregon Trail. (In some places, we’re told, you can still see wheel ruts!)

Villa Catalana Cellars looks like a castle in Tuscany. It’s also a rare plant research facility with a tasting room in a conservatory. Go on your own, or attend one of their garden parties, July 11 and August 22.

Attend a Dinner in the Field, offered through Field & Vine Events. The Mount Hood region is part of the Oregon wine country, and it’s home to not just vineyards but lavender and tulip farms, alpaca farms, duck farms, and beautiful estates. Field & Vine is the go-to for multiple course meals in stunning settings, and they operate ten months out of the year.