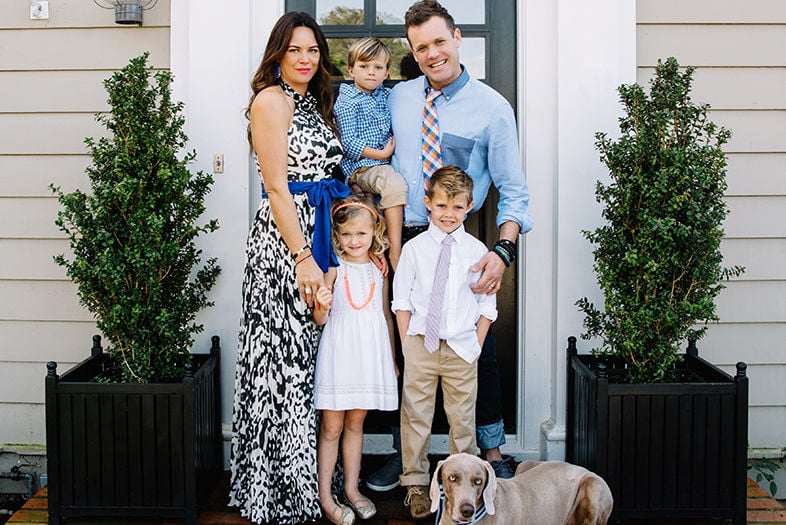 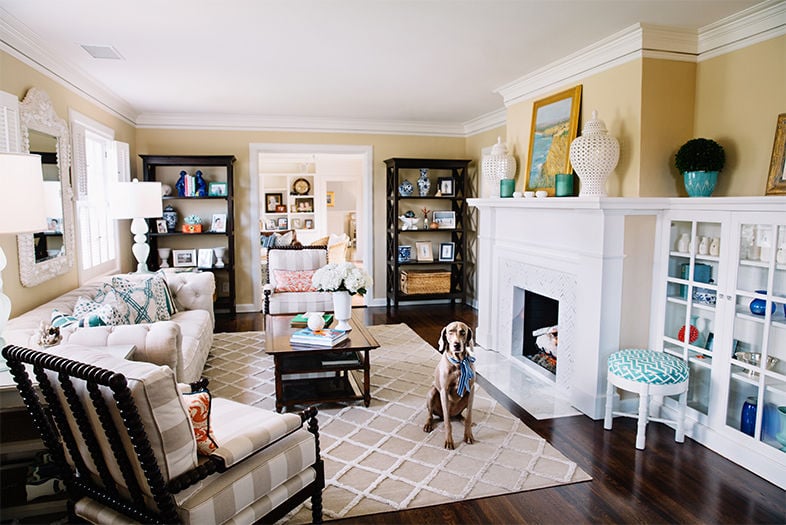 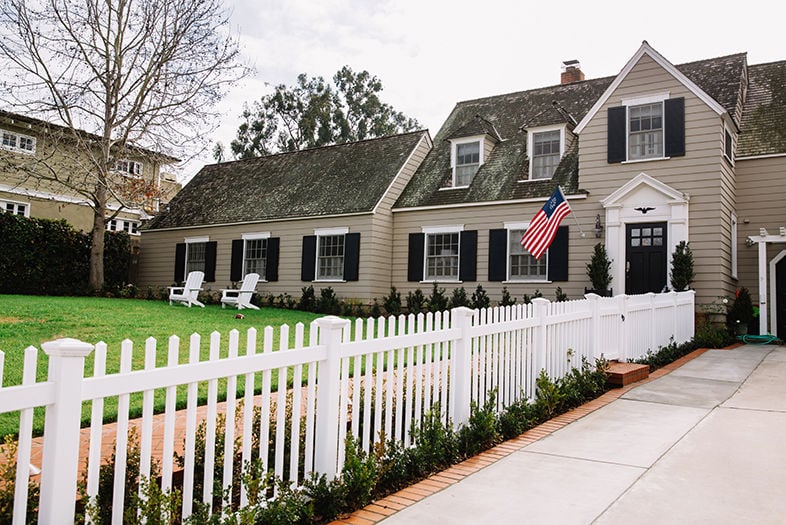 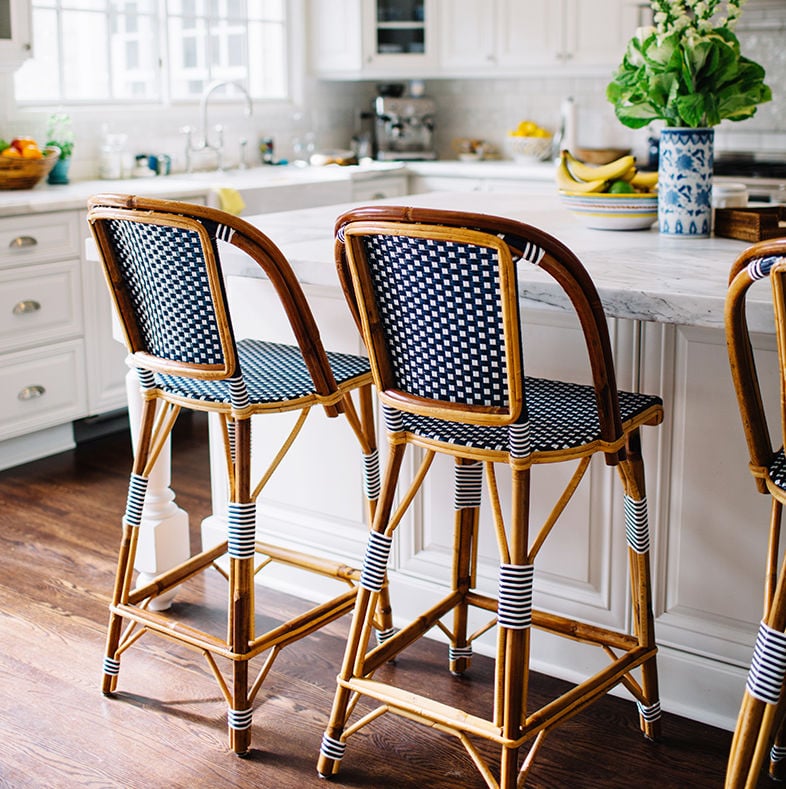 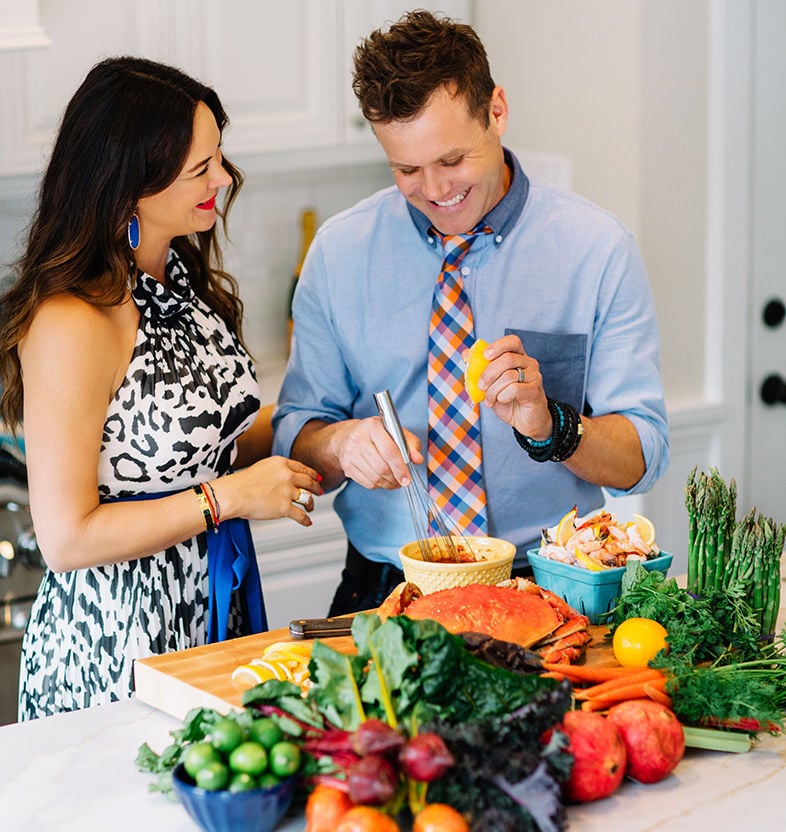 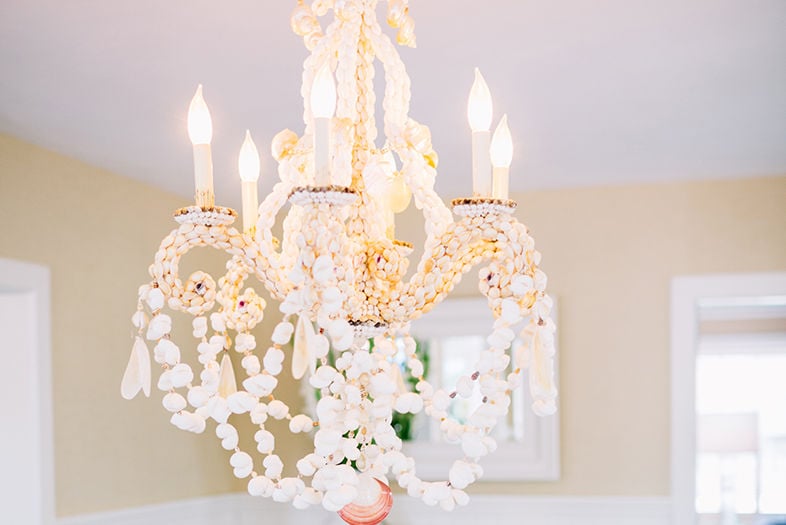 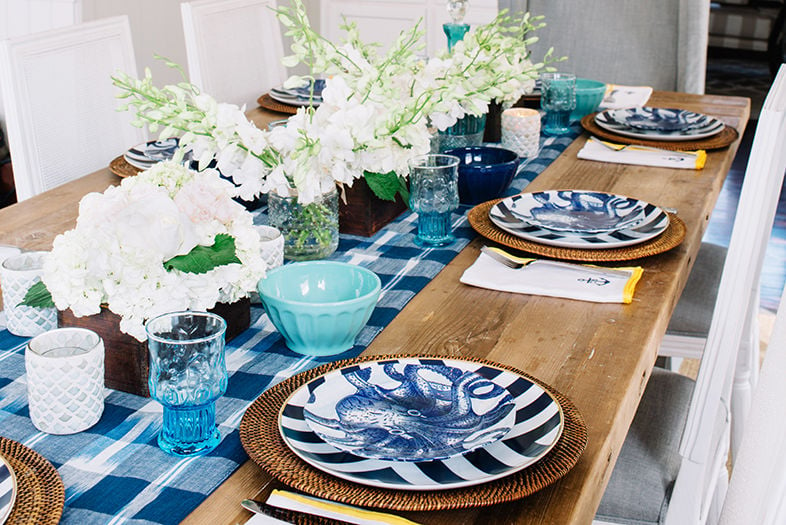 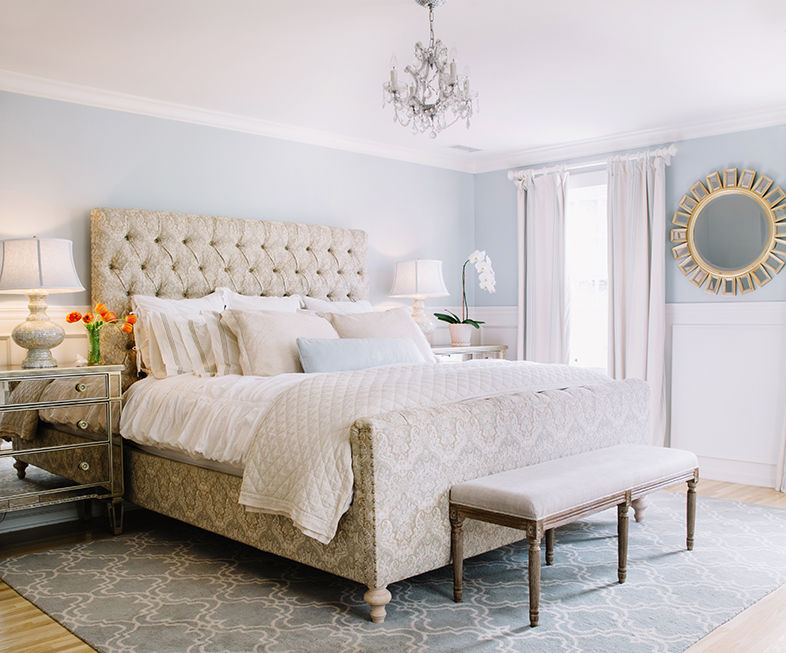 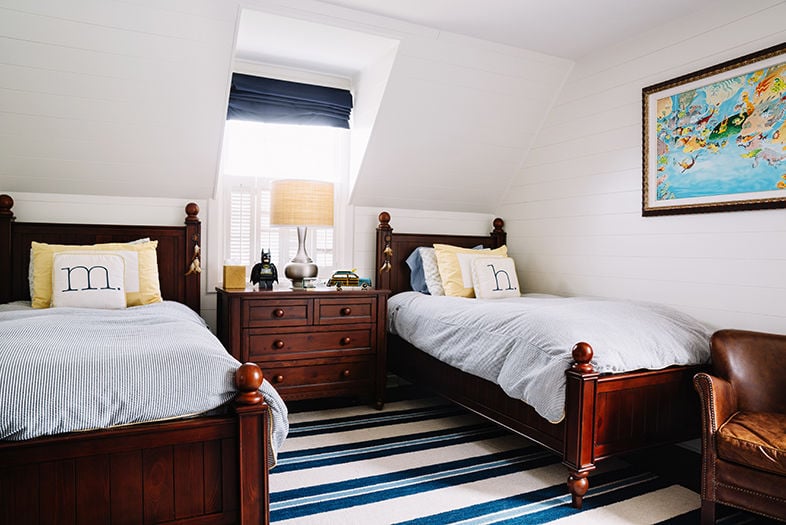 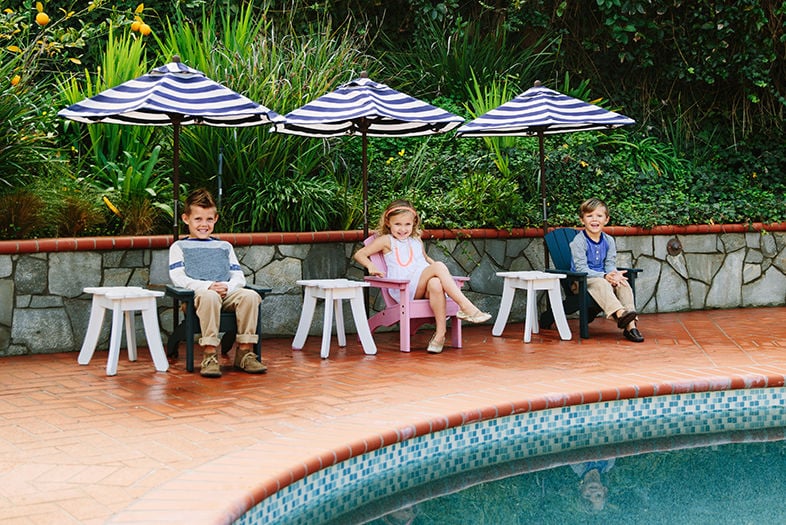 Stats
3,500 square feet, with four bedrooms, three and a half baths, a full-sized playroom, and pool

His story: Upon first glance, life at the Malarkey mini-manse seems like any other with three young children. There’s talk of making school lunches, the sound of cartoons in the background, and an occasional bouncy ball bounding down the stairs. A typical morning indeed, except that the patriarch of this castle is a former Top Chef finalist and one of San Diego’s most buzzed-about restaurateurs. Brian Malarkey is at the helm of Herringbone and Searsucker restaurants, an ever-expanding empire (the newest location will open in Vegas this spring). The chef also recently launched the haute cafeteria concept Green Acre on two local corporate campuses, and has plans to turn the former Mixture space in Little Italy into an organic restaurant, herb garden, and marketplace. At the home he shares with his family, signs of Brian’s work seep into the décor: seersucker duvets on the boys’ twin beds, herringbone wallpaper in the dining room, and child-sized versions of the same brown leather chairs found in Searsucker’s lounge. His wife, Chantelle Marie, oversaw the remodel and design, opting for classic coastal chic, inspired by the Hamptons and New England shorelines. Just your ordinary family setting—that churns out extraordinary school lunches.

"Brian was shooting The Taste when we bought this house, so I needed someone else to bounce ideas off of," says Chantelle Marie, who recruited designer Audrey Graham Kennedy to help. "She kept me focused." They chose whites and linens, while mixing in pops of coral, turquoise, and navy with Brunschwig & Fils throw pillows. The busy mom also switched the original red brick fireplace surround to a smooth white façade. And when all else failed, she used renowned NYC designer Victoria Hagan’s coffee table book for inspiration and guidance. "It was a bit of a bible." Pictured above: The family Weimaraner, Stella, sits pretty on a Restoration Hardware rug. (Table lamp by Jamie Young, spindle chairs by Miles Talbott)

One of the house’s selling points was the "great big front yard," as Chantelle Marie describes. The couple added the purely Americana white picket fence. Come spring, a sea of blue hydrangeas will blossom along the front hedges.

"I just knew I wanted them," Chantelle Marie says of these TK Collections authentic French bistro café chairs. They are the real deal, handmade in France. It took two tries to get the color right, and Chantelle Marie specifically designed the weave to look like gingham (a nod to Brian’s now-closed La Mesa restaurant). When asked if her celebrichef husband had an opinion on the kitchen design, she admits, "Yes, he’s very opinionated." But ultimately he let his wife build her "dream kitchen," with a farmhouse sink, creamy white Calcutta Gold marble, and what Chantelle Marie calls "subway tile with a twist." (Marble and tile from Unique Stone Imports in Linda Vista)

The couple of 12 years met through a mutual friend in Minneapolis. "I may or may not have been wearing a Viking helmet at the time," remembers Brian, who blames a coinciding Vikings game for the unfortunate headgear. But Chantelle Marie says she fell for his high energy and big heart. "He’s a fantastic dad and tries to involve the kids in whatever he does."

The shell chandelier by Arteriors complements the home’s coastal aesthetic. "I thought it worked great with the seagrass wallpaper [in the dining room]," Chantelle Marie says. "It adds to the beachy vibe."

The dining room is a mix of fabrics and textures, anchored by the Ralph Lauren herringbone wallpaper made of grasscloth. Why the focus on patterns like seersucker, gingham, and herringbone? "They are classics. It all goes back to that," Chantelle Marie explains. "If it’s classic, it will always be in style." (Florals by Kimberly Buffington of Flowerchild in La Jolla, table and chairs available at Restoration Hardware, monogrammed anchor napkins from Mark and Graham, octopus plates from Anthropologie, chevron plates by C. Wonder)

Chantelle Marie had a strong vision for the couple’s master suite. It started with the bed, styled with an oversized headboard and custom Robert Allen fabric. Then came the lighting. "I really wanted a chandelier in my bedroom, just to give that extra sparkle," she says, also choosing mother-of-pearl table lamps by Jamie Young. The Horchow mirror was repurposed from the nursery. "It’s one of my favorite rooms, beachy but glamorous, like a dream." (Bed from Quality Interiors on Morena Boulevard)

Upon moving in, Chantelle Marie immediately bought these little Adirondack chairs from Pottery Barn Kids—two in navy and one in pink, with custom striped umbrellas. She describes this as their forever home, and the place where her children "are going to grow up and make their memories." Pictured from left to right: Hunter (age six), and twins Sailor and Miles (age four).