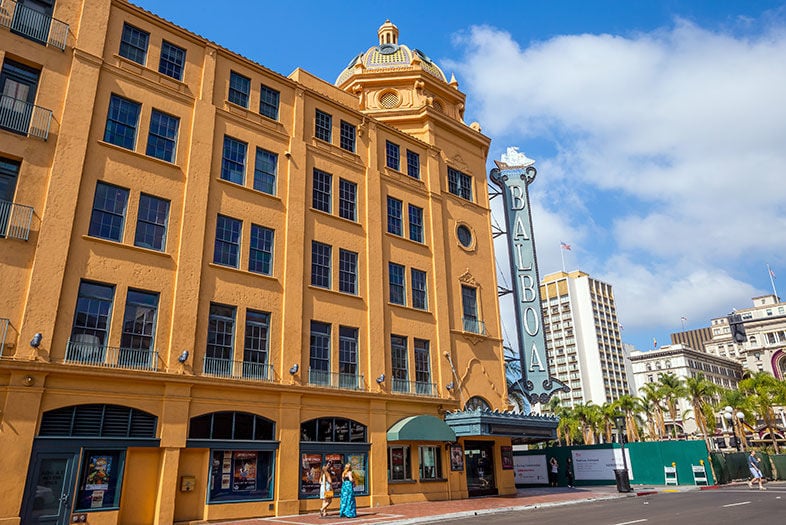 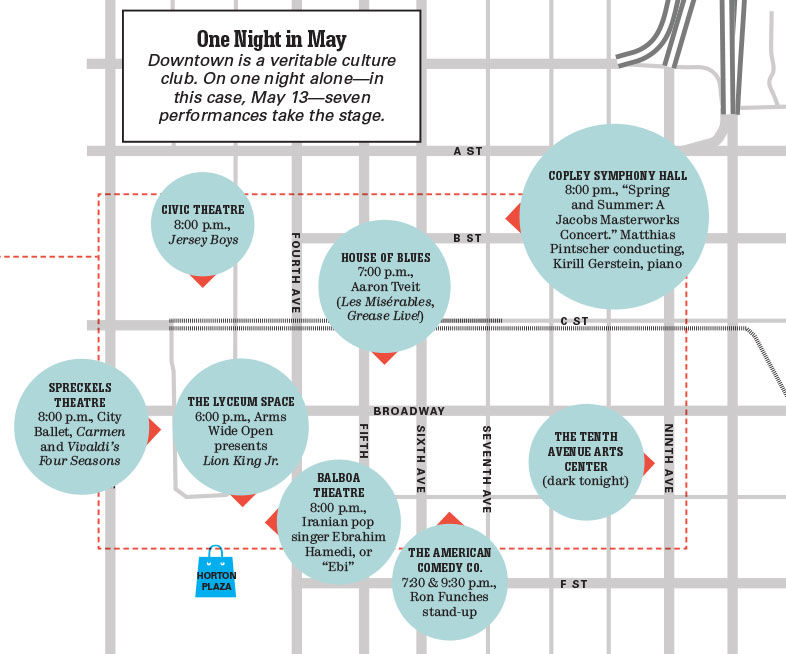 Connect the dots between all these performance venues and you’ll see the potential for San Diego’s very own arts district. Even the building on the corner of C Street and Fourth Avenue housed a theater for 90 years. It’s currently being redeveloped as The Overture condos, with plans for a new 2,000-square-foot theater space, set to open around 2019.

We credit San Diego Opera’s general director, David Bennett, with pointing out that the institutions are here—all we need are some developers to buy in. He imagines the area having its own identity, with retail and restaurants being built around the arts. Want to grab drinks after a show? We do, too. Developers, listen up.

A few blocks away...

Hold your applause... for Bayside Summer Nights (formerly the Pops)

With any luck, San Diego Symphony’s Bayside Performance Park will be completed by summer 2019. That’s the goal, anyway, for the $25-million, 10,000-seat waterfront concert venue. Meanwhile, look forward to another great summer of shows, wine, and fireworks at the ol’ Embarcadero Marina Park South. The symphony will host screenings of La La Land, Harry Potter and the Chamber of Secrets, and E.T. while the orchestra plays the score. Also on the lineup: Tony Bennett, Air Supply, and Boz Scaggs live.