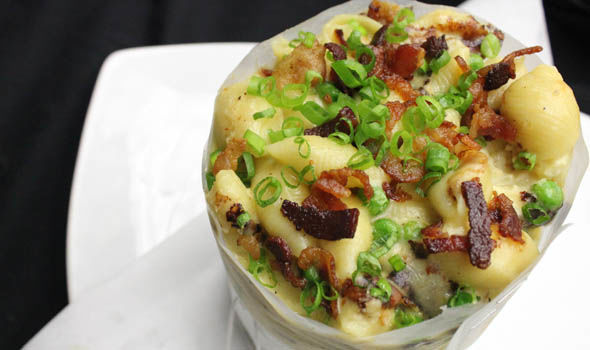 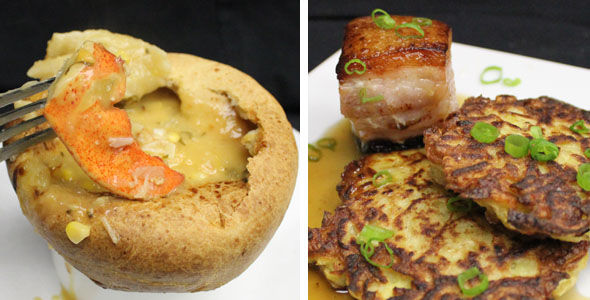 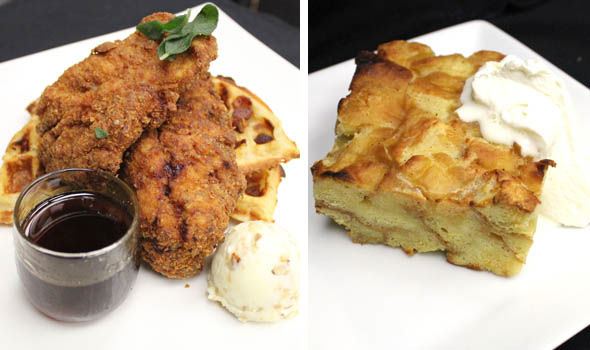 I'm a big believer in moderation. Most of the time, it pays to eat reasonable portions and just say no to an extra scoop of ice cream. But when I'm going out for dinner, all of that goes out the window. Dining out is a great opportunity to indulge, and just say yes -- to bacon,  fried foods, and dessert.

Bootlegger is a prime destination to succumb to your base instincts and belly up to a delicious plate of upscale gastro pub fare. And when you can get  -- $15 for $30 worth of lunch fare -- as part of our Deals and Steals program, it's even easier to say yes.

Chef Glen's menu is stuffed with tempting options, including gourmet takes on comfort classics, like the Smokey Mac-N-Cheese ($10), made with a luxurious homemade Béchamel sauce with heaps of smoked cheddar and smoked gouda cheese, mixed with English peas, and topped with your choice of ham, chicken breast, or bacon.

Other delicious options include the Lobster Pot Pie ($16), which is packed with a quarter-pound of Maine lobster and topped with a homemade cream biscuit crust, or pig out on a Maple-Glazed Bacon Steak with Potato Pancakes ($8) -- a breakfast-for-dinner dish that's punctuated with fresh maple flavors.

If you're feeling overwhelmed by all of the options, a smart bet is the Beer-Battered Chicken and Waffles ($14) one of the restaurant's signature items that comes with a shot of maple gastrique and shallot butter. What makes this interpretation of the classic dish stand out from the rest is the waffles have bacon cooked right into the batter. Dessert options include house-made sweets like this doughnut bread pudding ($7) and house-made cheesecake.

Your $30 voucher can easily cover two entrees and an appetizer (like a baked grain mustard pretzel with smoked cheese porter sauce), or skip the appetizer and split a booze-infused shake, like the S'mores shake, with vanilla ice cream, chocolate fudge, toasted marshmallows, graham cracker crumble and Myer’s dark rum, so get one now while the getting's good!